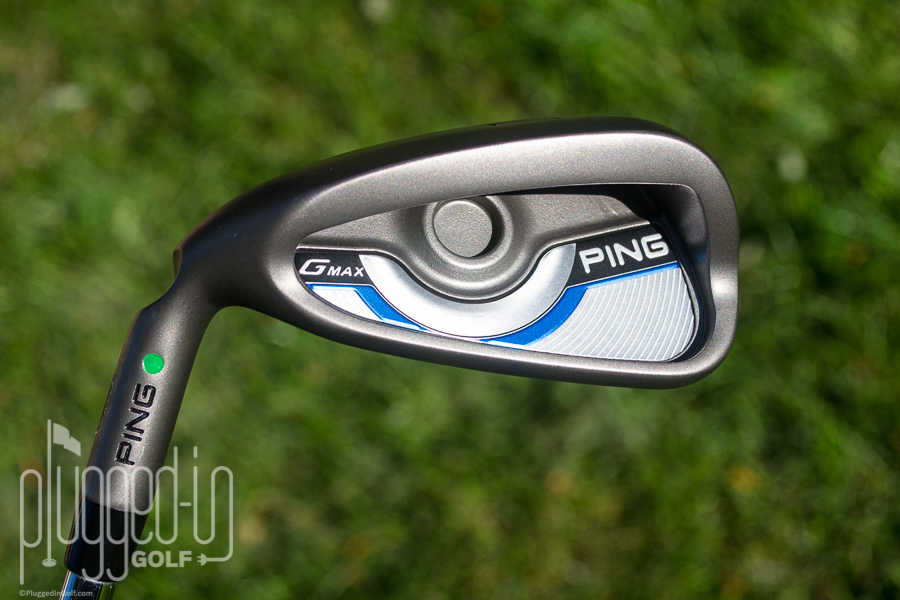 With the PING GMax irons, there’s no such thing as a mis-hit.

Putting these irons into play on the heels of my annual softball season was the perfect time to test the claims of long, straight and forgiving.

The PING GMax irons are replacing the Karsten iron set, and they boast a revolutionary COR-Eye Technology that allows for more face flexing, resulting in more ball speed and distance. Other features include progressive lofts and lengths, and lighter swing weights in the 4, 5 and 6 irons, with everything being geared toward making it easier to square the club face at impact and launch the ball high. 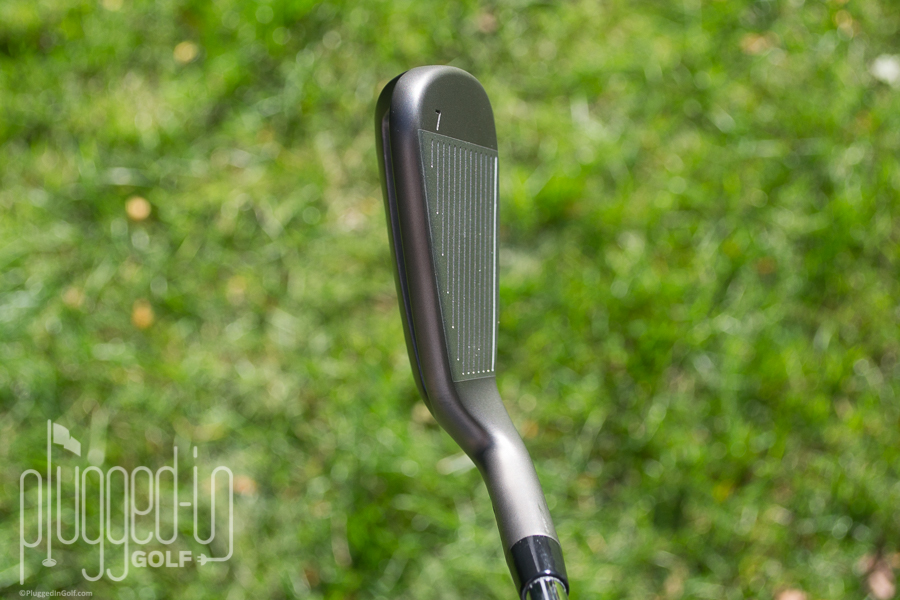 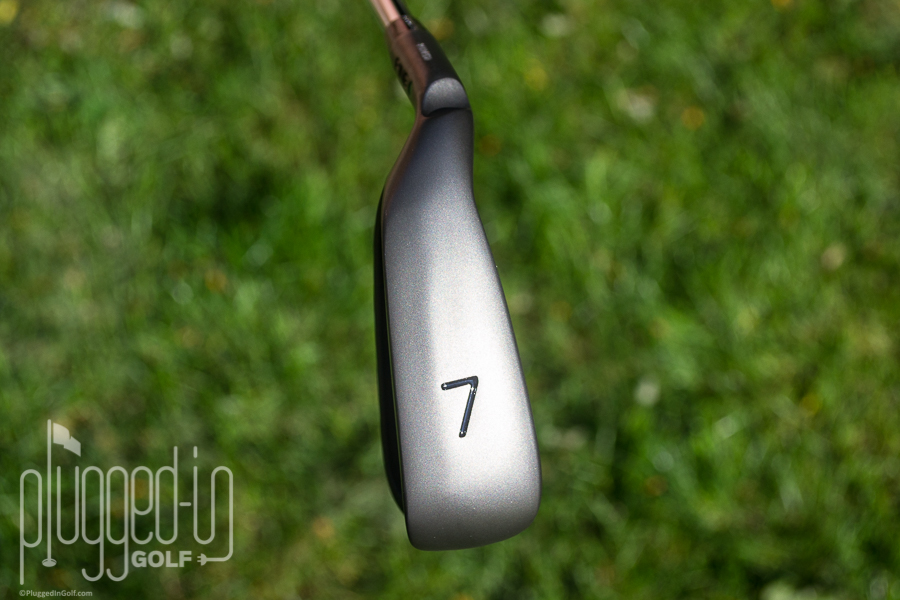 The PING GMax irons fit toward the super game improvement end of the spectrum.  They sport a very rounded, clean design, and are mostly void of any sharp corners.  The Custom Tuning Port that PING uses in the cavity to modify the sound and feel is fused with the sole to create a cleaner appearance.

I will say at first glance that these club heads felt big, even compared to my older set of Ping G5s.  They’re certainly beefed up to maximize forgiveness.  It is nice, however, that the sole is totally invisible behind the top line at address, which makes them look more streamlined.  Standing at address you feel like you’re about to crush the ball, which is definitely confidence inducing. 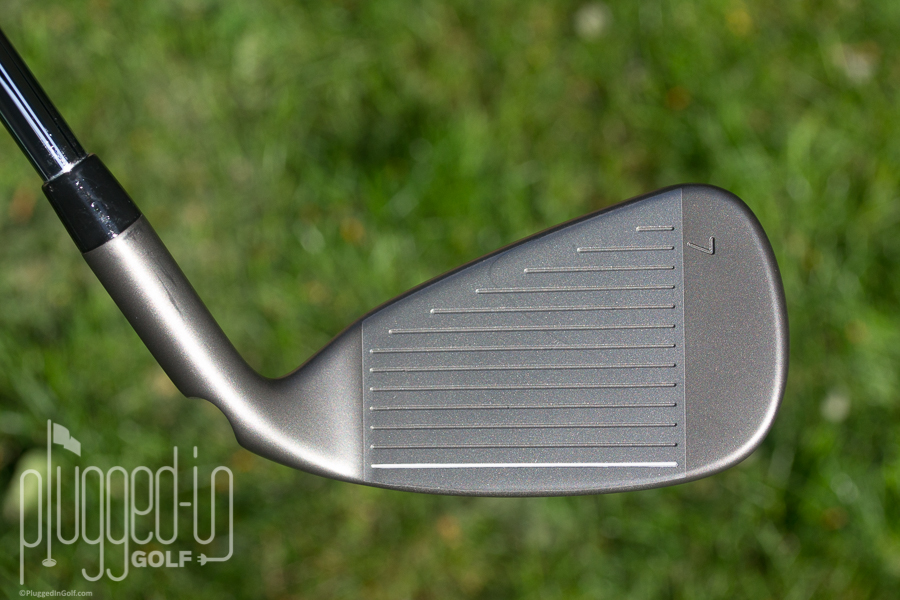 The GMax irons are loud.  When you crank a 7 or 8 it sounds almost like a fairway wood.  It’s quite a satisfying sound, especially when combined with the distance, but it was definitely different than the smack that I’m used to.  Powerful would be a good way to describe it, and it carries with it a little bit of a confidence boost.

My softball swing had me testing all areas of the club face, and even pretty large mishits felt great. 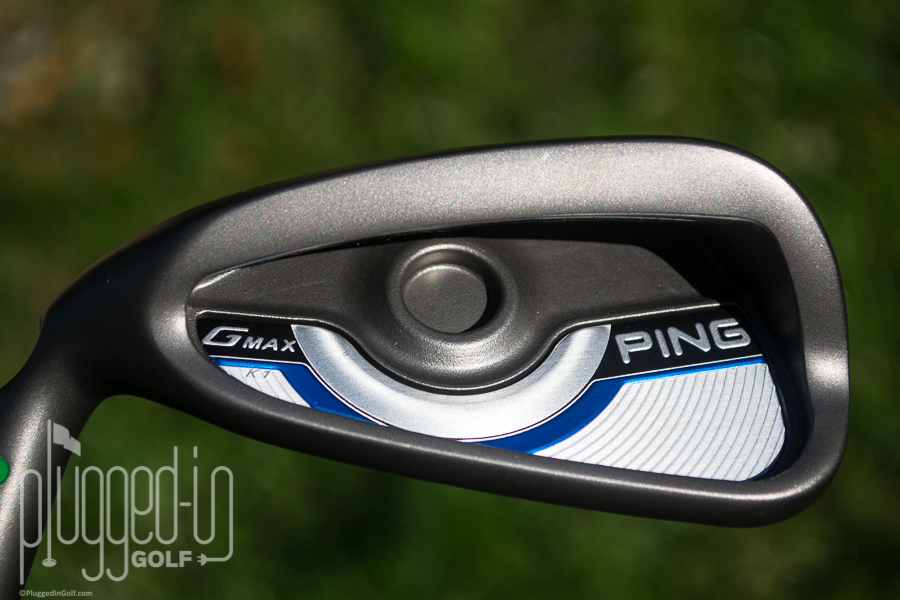 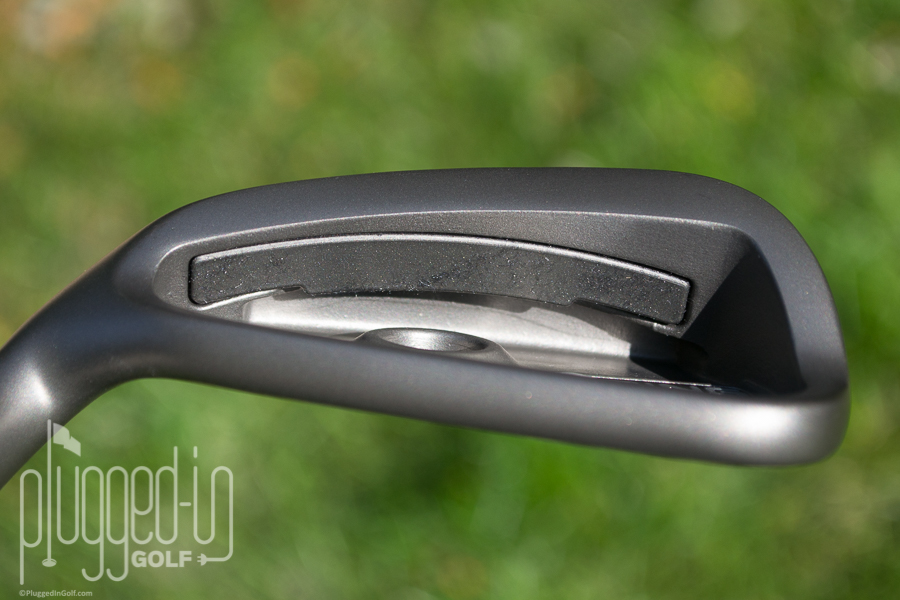 The PING GMax irons bomb, and they make it super easy to do so.  The market is definitely for those who don’t consistently hit that sweet spot, but still want to get it out there straight and far.  I was getting these out there a club longer than my G5s, and doing it consistently.  Getting the ball up with the large sole and low center of gravity was a breeze.  Squared up shots and mishits alike were still traveling high and long.  Really, I was all over the club face and still managed to get consistent shots.

These felt like a borderline hybrid iron, the size and sound make them a ton of fun to play, and they’re ridiculously easy to hit.  The size gets to be a little too much for me in the wedges — the SW for example, feels more at home on the grass than in the sand — but like the rest of the clubs in the set, they make lofting high approaches easy and give tons of spin. 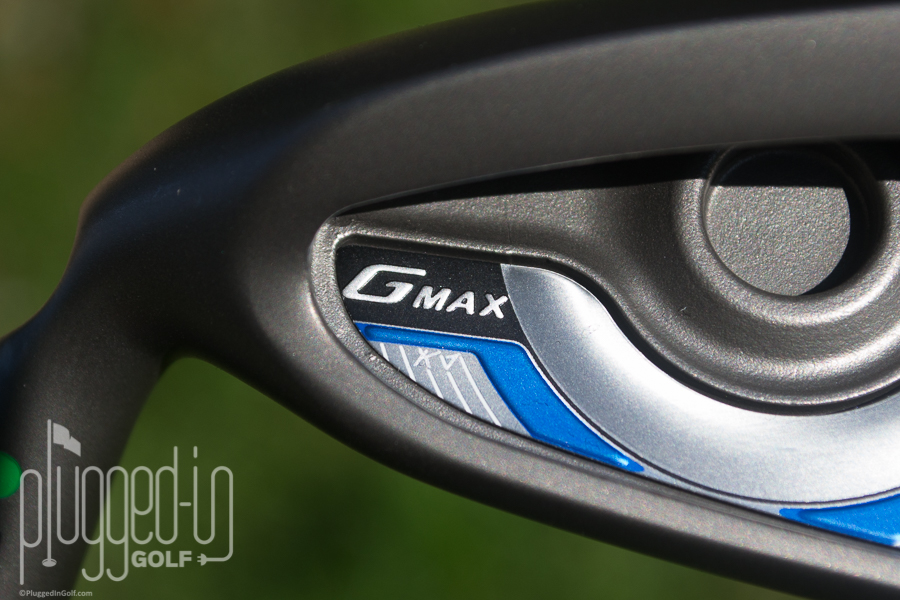 PING’s GMax irons are so incredibly easy to hit, it almost feels like cheating.  I thoroughly enjoyed long iron shots, and these can certainly be game changers if you’re looking to add length and consistency.  Squared up shots felt awesome, and I could see myself incorporating the longer irons into my bag right away.  Lower irons and wedges are a feel thing and I’d need to play with them more to get that down, but if long and straight is your goal, look no further.

Creative Director
Andrew grew up in the suburbs of Chicago and graduated from Illinois State University where he played four years of hockey and graduated with a BA in Graphic Design. He’s since moved to Chicago along with his dog, Mickey. Andrew is the Creative Director at the design and marketing agency, RoboToaster.