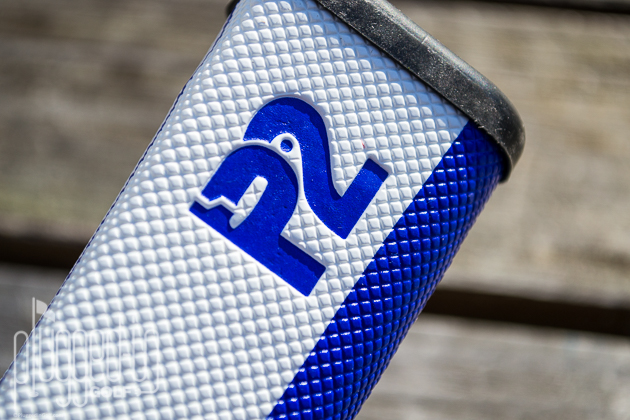 The technology behind P2 putter grips is based around the way the putter shaft is angled inside the grip.  A genuinely new idea in an often-stale market. 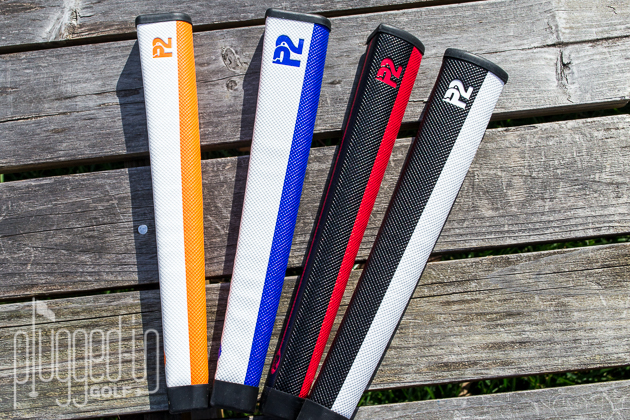 With the exception of SuperStroke, there are very few putter grip makers doing anything innovative.  P2 putter grips is an exception.  By changing the geometry of how the shaft sits inside the grip, they’re offering something that’s substantively different – and maybe better – than your standard piece of rubber. 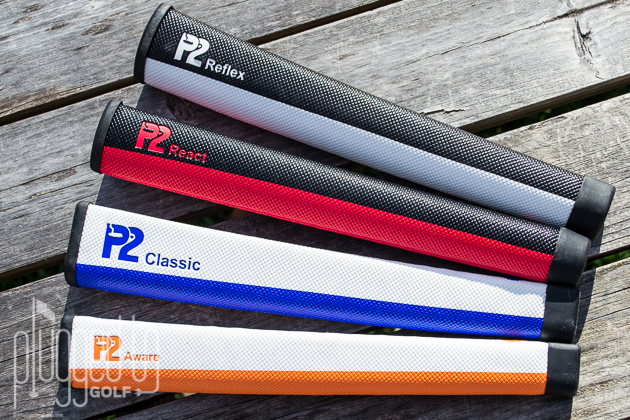 Cosmetically, the P2 putter grips have modest designs and bright colors.  P2 has done a great job of adding a little flavor to your golf club without going over the top.

The biggest visual hooks are the unique shapes.  The Classic and Aware are hybrid pistol grips that have notably wide, flat sides.  The Reflex and React are more traditional oversized grip with a “shield” shape to them. 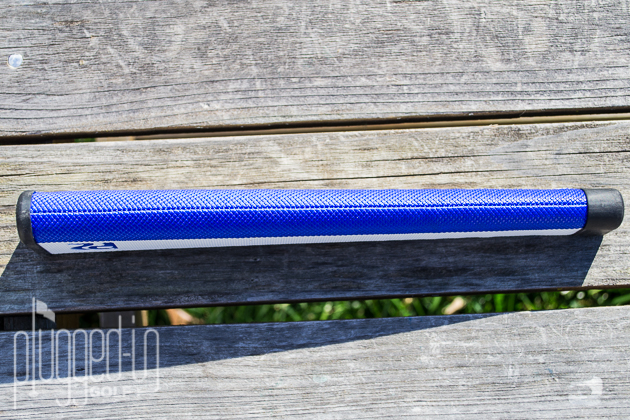 P2 putter grips feel similar to a lot of other tacky, covered putter grips, but that’s about the only way they’ll seem familiar.  I first tested the P2 Classic, and the wide sides and thin profile made for a true paddle feel.  I found the paddle design to be effective in keeping a square putter face.  For those that may want some of that paddle effect but don’t want a big change from their pistol grip, the P2 Aware is a more subtle version of the same concept.

The P2 React is oversized, rounded, with less taper and comes in at 148 grams.  P2’s Reflex is a bit larger than the React in size, has a slightly different rounded shape with no taper, and is the heaviest grip at a whopping 182 grams.  I mention the weight of these grips because I felt these two grips were noticeably on the heavier side.  This isn’t a bad thing, but may be something to be aware of when building your putter. 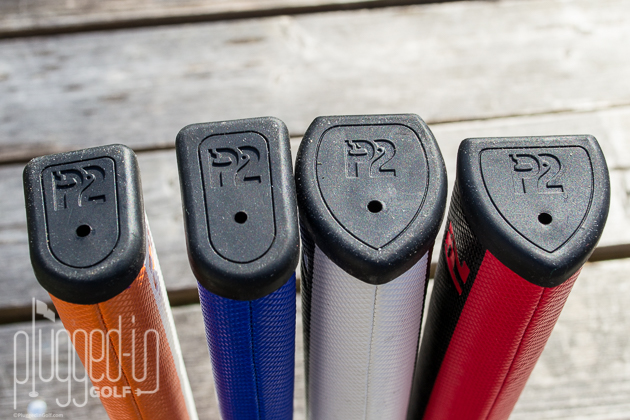 Generally speaking, the P2 putter grips perform in a way you would expect them to.  The paddles feel like paddles, and the oversized grips take a lot of wrist out of the stroke.  Where the biggest performance difference comes from is how the putter shaft rests inside the grip.  The video below shows how the shaft rests in an off-center position when installed.

I do feel there’s something to be said about this P2 technology.  The shaft position puts your wrists in an upright position that creates a straight line from your arm into the shaft.  I felt like the putting stroke became more natural and easier to control because of this alignment.  This helped me a lot with keeping a smooth path as well as a very controlled putting tempo.

My only disagreement with P2’s claims is that I don’t feel their grips do a lot to lessen a wavering club face for those with a “handsy” putting stroke.  I happen to fit that bill, and I found I still had to focus on keeping my hands and wrists steady the same as I do with any other grip. 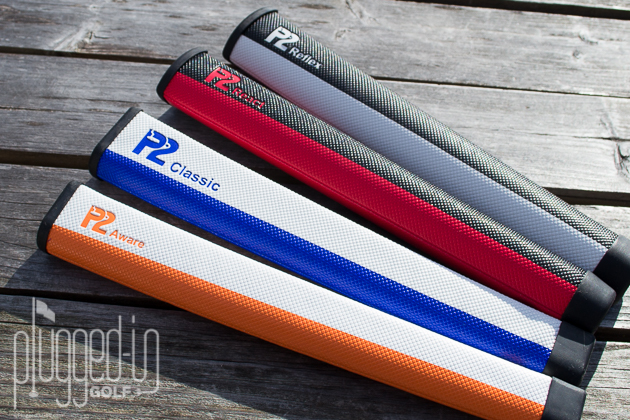 Out of curiosity, before writing this review I went to my local “big box store” and looked at all of the putter grips to try and find something like these P2 putter grips.  Yes, there were grips with similarities in shapes and feel but nothing that aligns the shaft the same way.  If you’re looking for help in feeling more natural and comfortable with your putting stroke, the P2 putter grips may be worth giving a try. 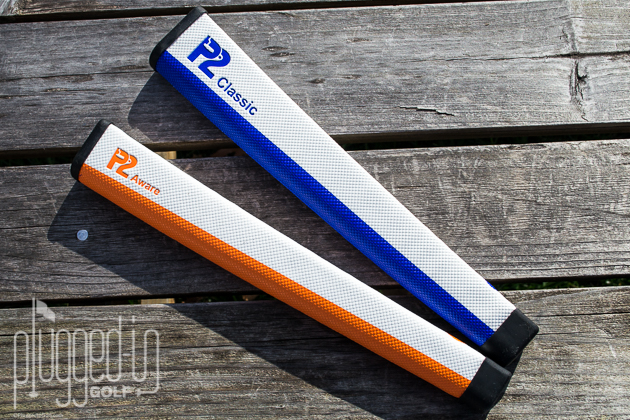 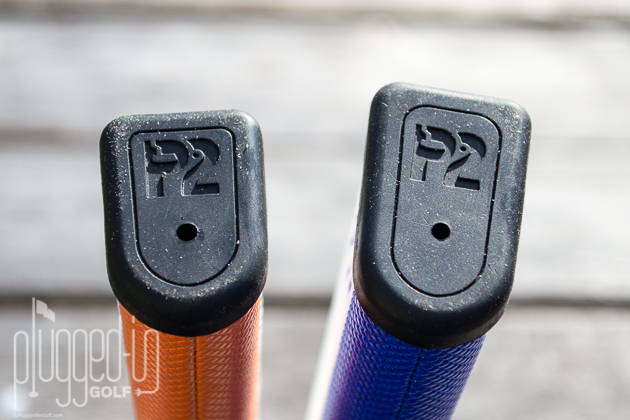 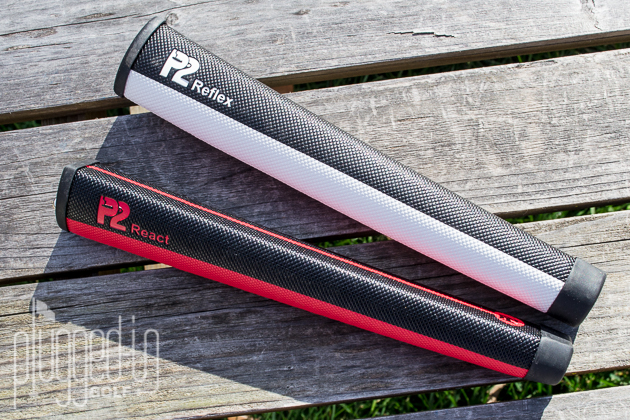 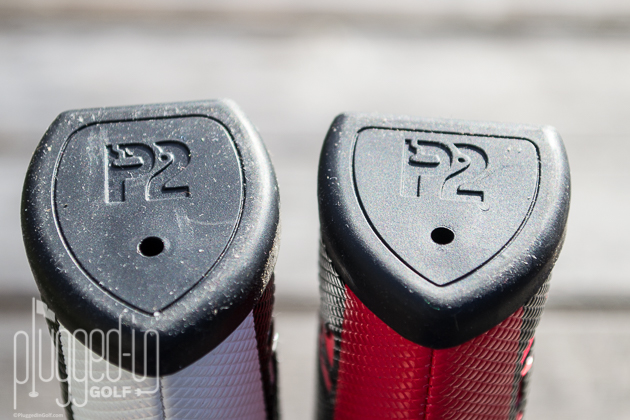 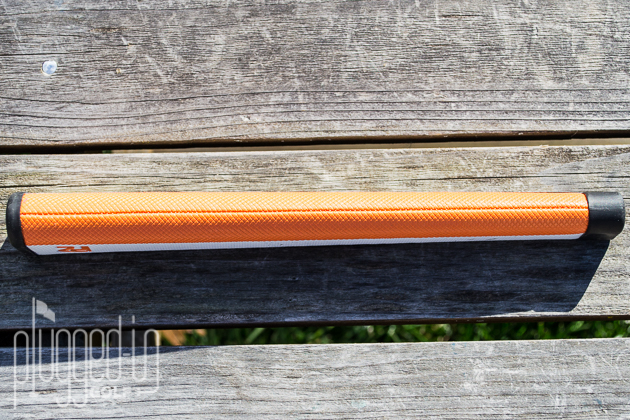 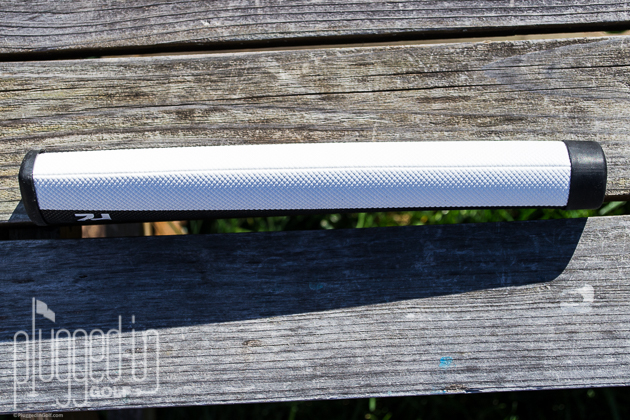 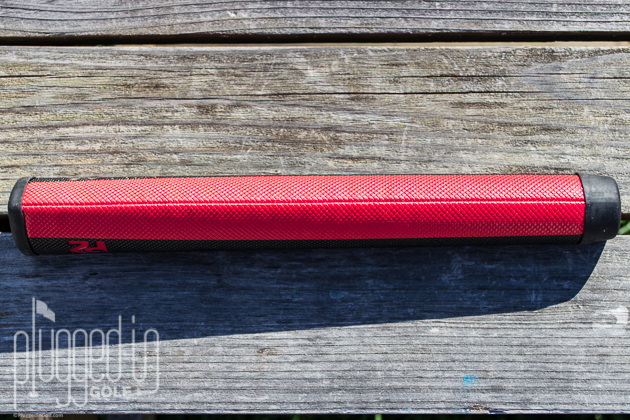 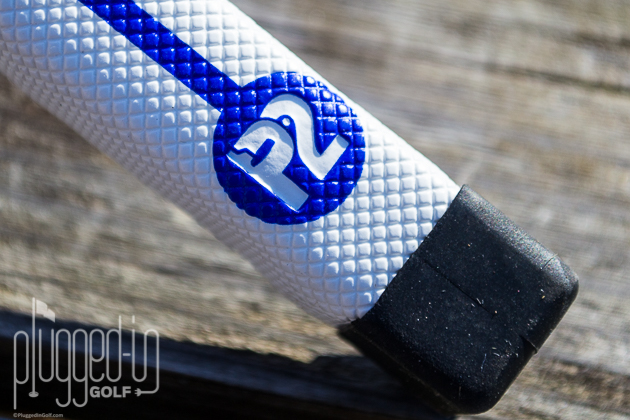