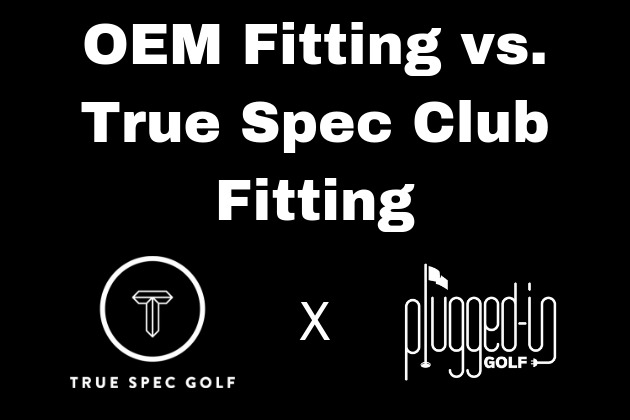 I recently had the opportunity to have two different fittings for the same club: one with the OEM and their fitter and one at True Spec Golf, Chicago.  In this piece, I’ll discuss the differences, share my results, and offer some suggestions for how you should be fit. 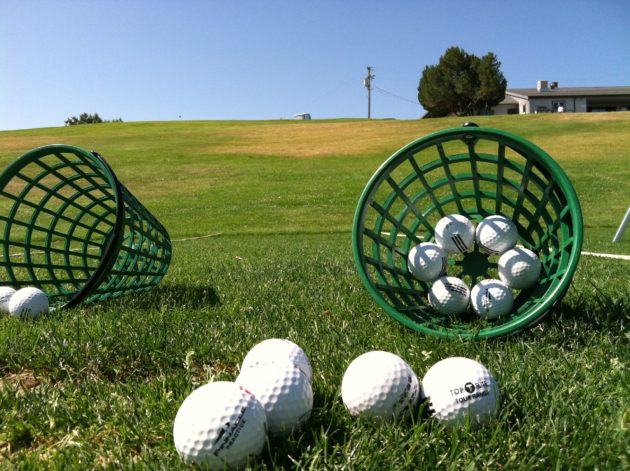 Before I get too far, it should be noted that there can be significant variance between OEMs and different levels of OEM fitting.  TaylorMade, for example, has fittings like I’m going to describe but they also have their Kingdom facilities which are much more in-depth.

My recent OEM fitting occurred on a typical driving range at a course in the Chicago suburbs.  A tent was set up with all that OEM’s fitting components, a Trackman, an iPad, and a barrel of range balls.

I met the fitter, and started hitting shots with my current driver to establish a performance baseline.  After we captured a few good shots, the fitter started handing different drivers to me, changing the head, shaft, and adjustment settings.  There was some discussion of the changes as they were being made but not much.

I was hitting a lot of pulls, so he got me into the stiffest shaft that he had available.  This helped the directional issue, but he said that the spin was too low, so he put me into the highest lofted head – 11.5 degrees – that he had.  We turned the loft down to 10.5 so that the face would be open, but the loft was still higher than I had expected.  After nearly 40 driver swings, the fitter settled on his recommendation, and we called it a day. 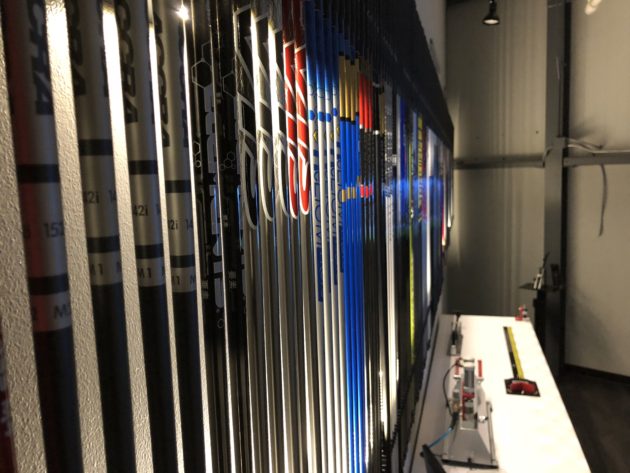 Walking into “The Studio” of True Spec Golf Chicago and Movement 3 Golf, whether for the first or fortieth time, is quite impressive.  The walls are lined with shafts, there are cabinets full of club heads, and there are tools all around to measure every aspect of a golf club.  My fitting started by discussing my game with my fitter, Michael Glauberman.  While we talked, he measured my current driver’s CPM (shaft stiffness) and noted the make and model.  Then we went into the bay and started hitting shots with it to establish a baseline.

There are already two important differences to note.  First, True Spec Golf, Chicago measured my gamer rather than relying on the flex written on the shaft.  Since there are no industry standards for shaft flex (learn more HERE), this is a big deal.  Second, we hit shots using new Pro V1 golf balls, not range balls.

Just like at my OEM fitting, I started out hitting pulls.  Mike switched me into the agreed-upon OEM driver head and got a stiffer, heavier shaft.  The shaft felt great, but didn’t completely solve the problem.  This is where True Spec Golf, Chicago really flexed its muscles.  Rick Silva from Movement 3 Golf stepped in and made a small tweak to my takeaway.  My club head speed jumped by as much as 11 MPH, and the ball started flying straight.

After the successful intervention, Mike and I worked to dial in the numbers.  Because we had predetermined that we would only use a certain OEM’s heads, he wasn’t able to experiment outside of loft adjustments, so we quickly settled on the head.  We tested a few other shafts, but ultimately his first selection for me was the best.  To highlight another important difference, True Spec Golf, Chicago has access to over 60 driver shafts where most OEM fittings are limited to three or four for a driver.  It’s also noteworthy that True Spec Golf, Chicago was able to let me test drivers with my preferred grip size. 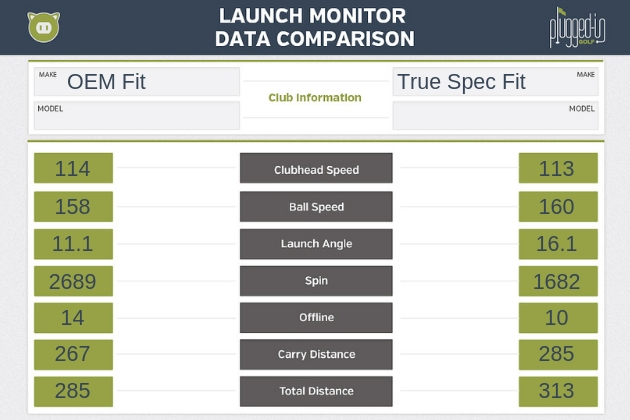 After completing both fittings, we compared the driver from the OEM fitting to the driver that True Spec Golf, Chicago fit me for.  This is not a comparison of the data from the two sessions but rather a head-to-head test in the same hitting bay, using the same balls, on the same launch monitor.

The final numbers are pretty staggering: I gained 18 yards of carry and 28 yards total.  The True Spec Golf, Chicago fit carried as far as the OEM fit went in total.  It was also straighter and had a more consistent flight.

How were these improvements achieved?  First, as you see, the spin is much lower.  This is a result of a heavier, stiffer shaft and a lower-lofted head.  I was also able to get more ball speed because of the shaft True Spec Golf, Chicago recommended.

Finally, it’s worth noting that True Spec Golf, Chicago could have potentially gotten even better results if they had been free to use their full range of driver heads.  They got these results with one hand tied behind their back. 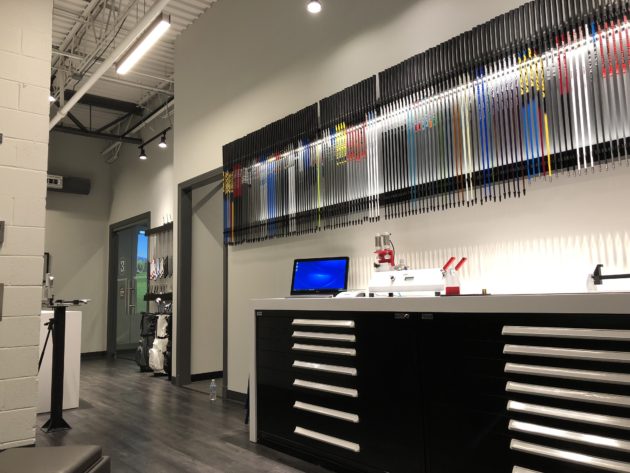 The purpose of this is not to discourage anyone from getting a fitting at an OEM but to highlight that it’s not likely to yield optimal results.  An OEM fitting limits your choices of both heads and shafts.  Also, depending on the setting, you may not be using the same golf ball you play with.

If any OEM fitting is the only thing available to you, it’s far superior to buying blindly off the rack.  However, if you have the opportunity to get a world-class fitting, even if it involves some travel and cost, I would suggest you do it.  As great as the yardage gains may be, you will benefit equally from learning about your game.