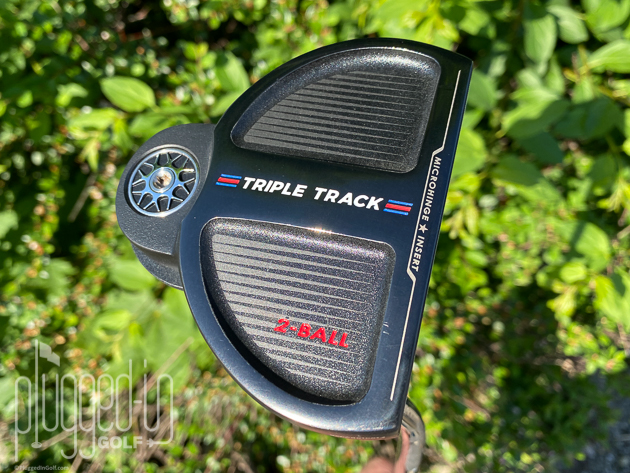 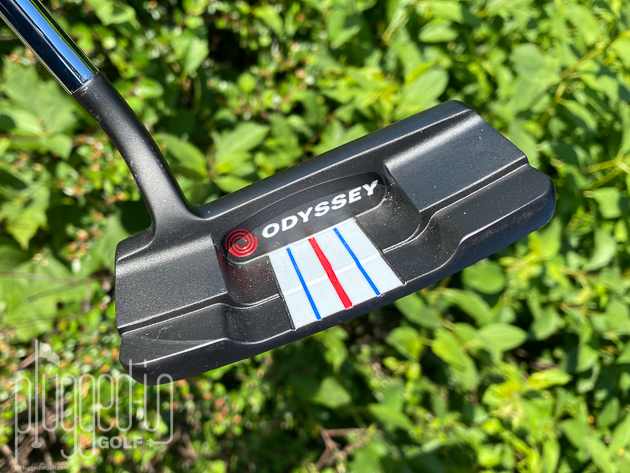 If you head to the putting green at your local golf shop, you’ll find countless putters that claim to improve your aim.  While promises of improved alignment have been around for ages, few OEMs have gone all in on a single concept the way Callaway has with Triple Track.  First seen on their golf balls, Triple Track has now made its way into the Odyssey putter line up.  I tested a couple of these putters to see if they could deliver on the promise of superior aim. 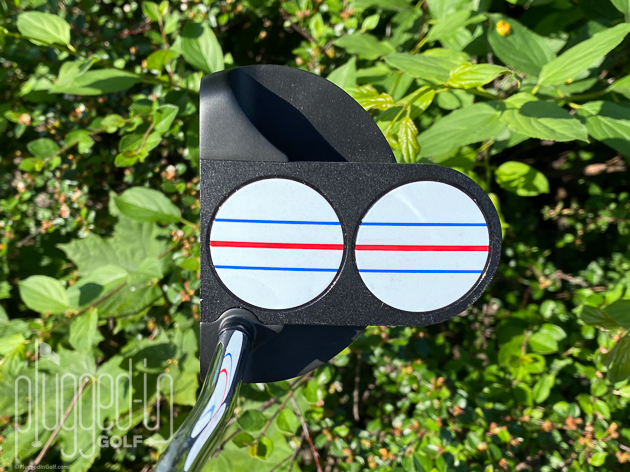 The namesake feature of the Triple Track putter is also the most visually dominant.  Triple Track alignment is the name for the thick white stripe with three multi-colored lines down the center.  Personally, I don’t love the look of it, but it’s there for performance not style. 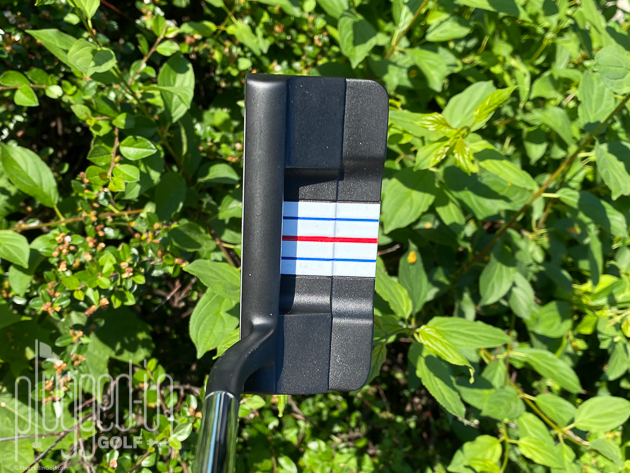 Odyssey Triple Track putters come in five different headshape, all of which will be familiar to Odyssey fans.  The Two-Ball and Two-Ball Blade are modern classics.  Odyssey’s Double Wide is the most conventional of the Triple Track options.  The Marxman and Ten offer something for those in search of a very modern look. 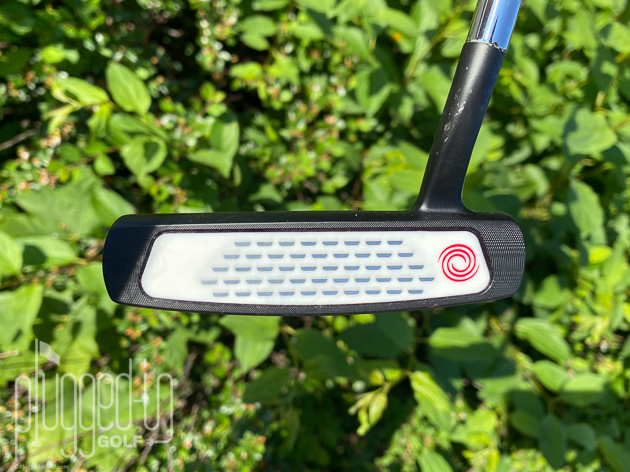 The insert in the face of the Odyssey Triple Track putters is white, but it’s not your dad’s White Hot.  The new Microhinge Star insert is designed to be firmer with a more audible impact sound, and both of those traits were evident from the first roll.  Striking a urethane-covered ball produces a medium volume “tock” which is in stark contrast to the “thud” of most White Hot inserts. 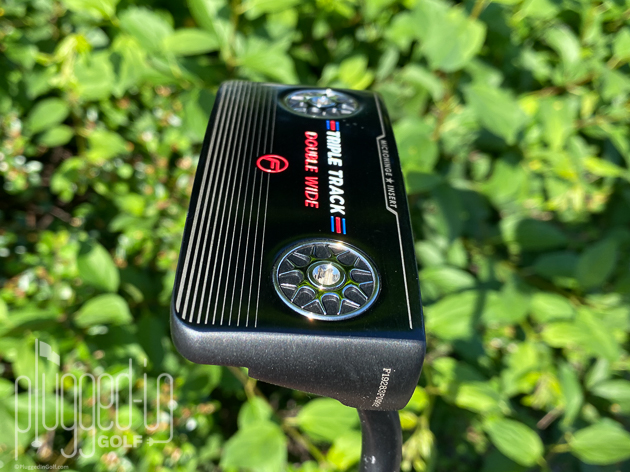 If you want a deep dive on Triple Track, check out my podcast with Callaway Golf’s Jason Finley HERE.

As I mentioned earlier, the Triple Track putter line has five head shapes – Marxman, Double Wide, 2-Ball, 2-Ball Blade, and Ten.  Two of those models – the Ten and Double Wide – are offered in two different neck configurations, one face balanced, one with toe hag.  Though there are no true blades, most golfers should be able to find something that fits their eye and stroke reasonably well. 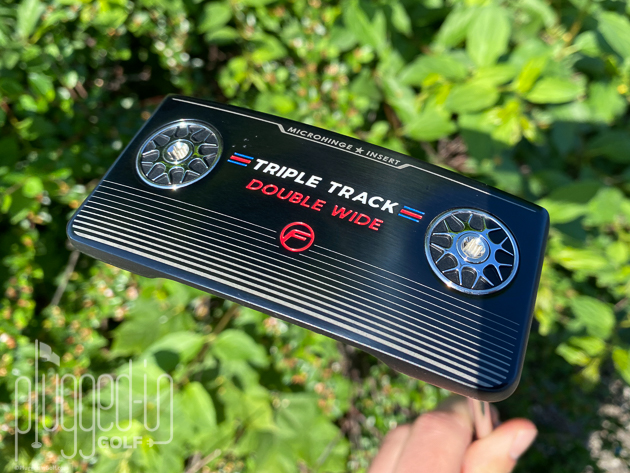 Though I’m typically someone who prefers no help with my alignment, I have to admit that I found the Odyssey Triple Track putters very effective when paired with Callaway’s Triple Track golf balls.  While I don’t think there’s any one answer that’s best for all golfers, I do think that anyone struggling with their aim ought to give these flat sticks a look.