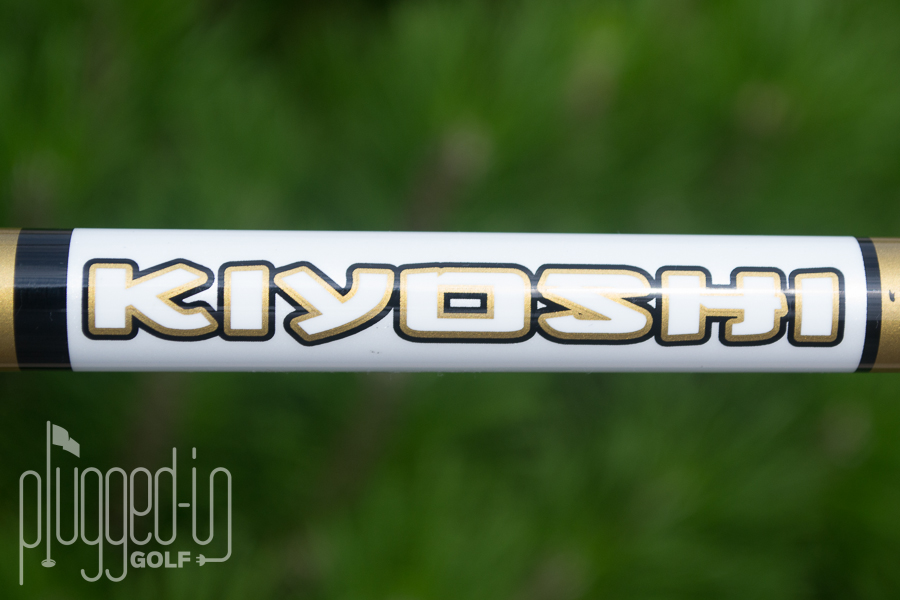 The OBAN Kiyoshi White is the middle ground between the stout Black and lively Purple.  Smooth, balanced feel that will be the best Kiyoshi for the majority of players.

The shafts at the extreme ends of the fitting spectrum are fun, and they tend to get lots of hype.  Ultra-stout, low-spin shafts like the Kiyoshi Black prove that your a man’s man with a powerful swing, and shafts with tons of kick, like the Kiyoshi Purple, feel so good.  When it comes to picking a gamer, however, most of us need something in the middle.  That’s where the OBAN Kiyoshi White comes in: it has a balance of kick and stability that will work really well for most golfers. 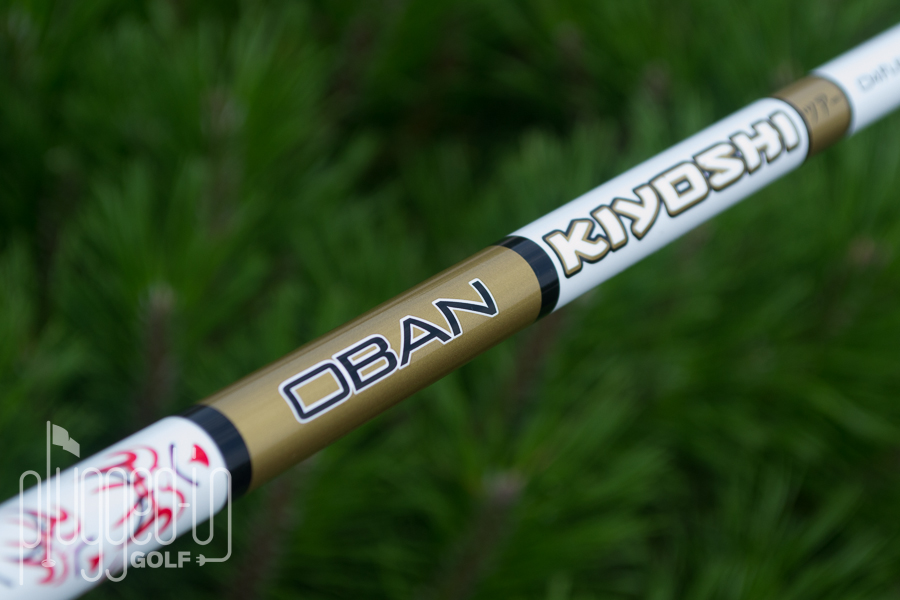 The Kiyoshi White is neither a board nor a noodle – it’s a happy medium.  It has a moderate kick that you’ll feel right in the middle of the shaft and enough torque to make it feel smooth. 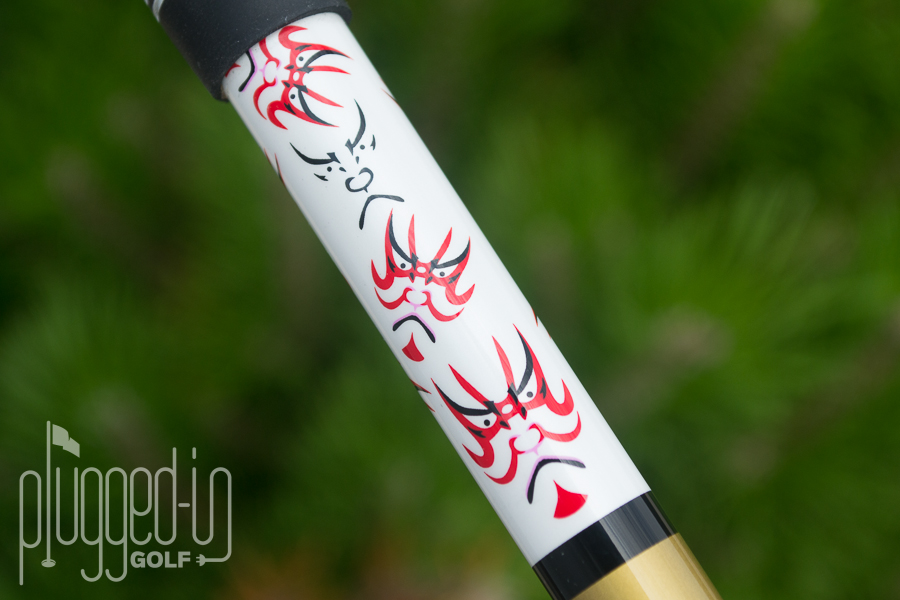 Though not as eye-catching as the Purple, the Kiyoshi White is still a good looking shaft.  As with all the Kiyoshi shafts, the graphics are kept away from the club head so that there are no distractions at address.  The samurai faces look cool on any background. 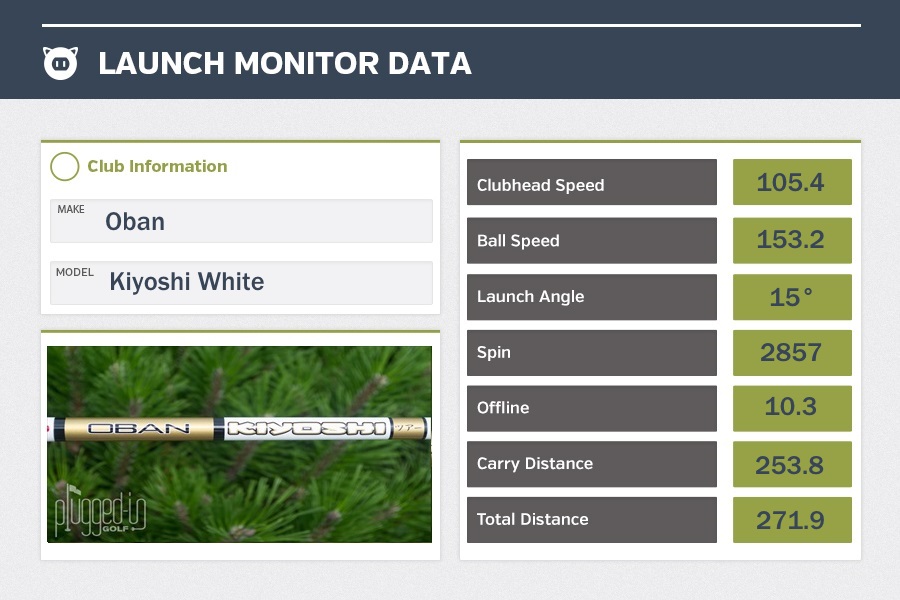 Just as the feel is somewhere between the Purple and the Black, the performance of the Kiyoshi White is in the middle as well.  It is billed as mid-launch and low spin on the OBAN web site.  Interestingly, both myself and another tester found it to be the highest launching of the 3 Kiyoshi shafts.  The reason that the White launched higher than the “high launching” Purple is that it did not promote as much draw as the Purple did.  The spin from the Kiyoshi White was between the Black and Purple, though much closer to the Purple.

Most notable is the fact that the Kiyoshi White was the most accurate Kiyoshi for our testers.  I attribute this to the feel.  With the Black, its easy to feel like you have to swing all-out which is rarely good for accuracy.  With the Purple, though it’s consistent, some players felt that it just kicked too much for their taste.  The in-between feel of the White allowed players to make smooth, aggressive swings at the ball which resulted in shots that ended up near the center line. 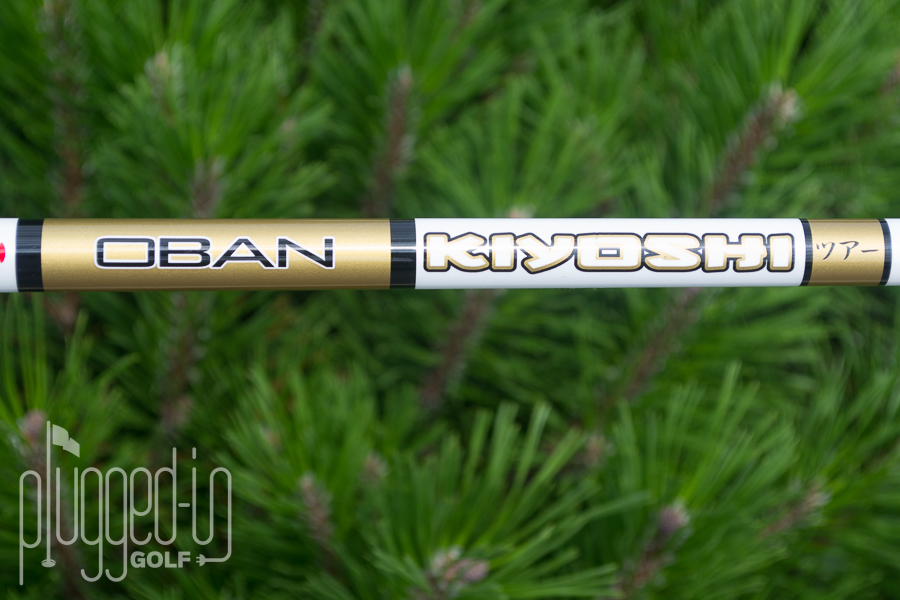 The OBAN Kiyoshi White rounds out the Kiyoshi family and offers something to the player who wants some “action” in the shaft, but not too much.  For a balance of low spin, consistency, and feel, head to your local OBAN fitter like Club Champion and try it out.