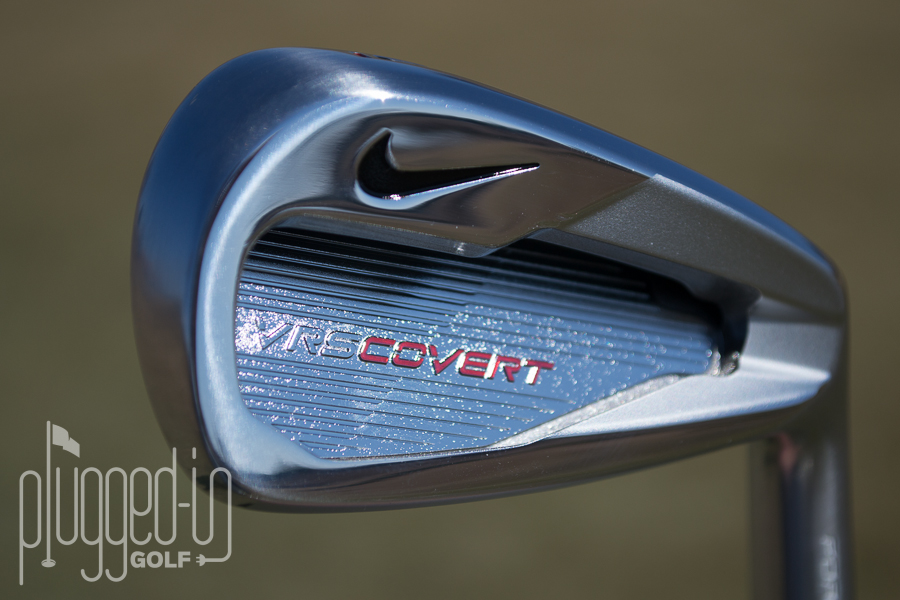 In terms of irons, 2014 is the year that better players get their slice of the “more distance” pie.  Irons like the Nike Covert 2.0 Forged are offering big distances gains over traditional “players irons” without making sacrifices on looks and feel. 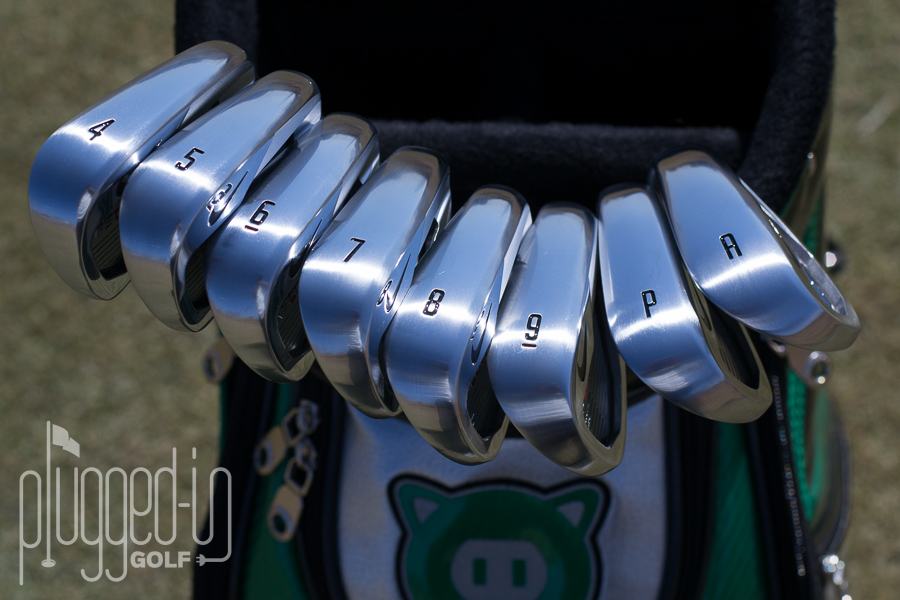 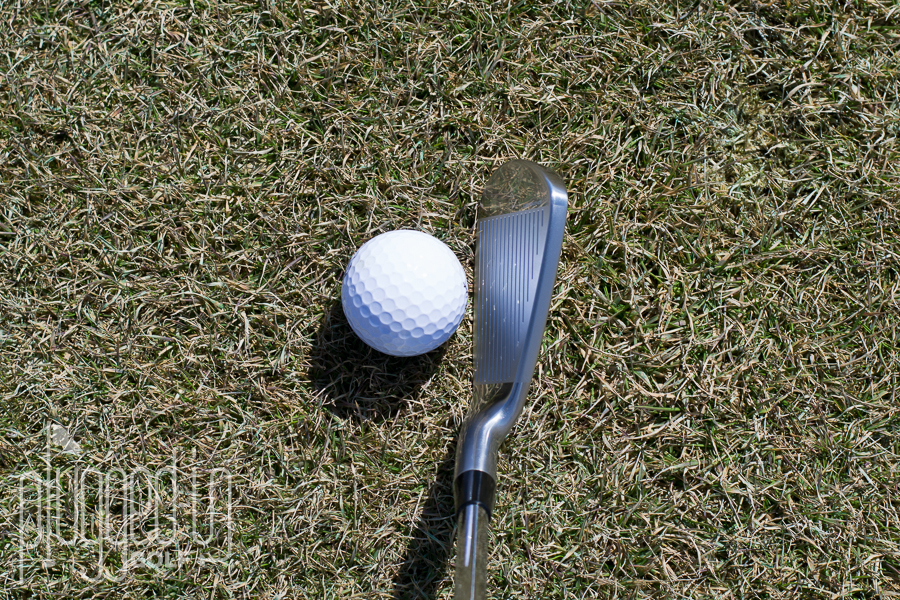 Hitting the Nike Covert 2.0 Forged irons was one of the most intriguing experiences I have ever had hitting a golf club because of its sound and feel.  At impact, the sound was a thump from the collision with the turf and a slight click from the ball.  Swing after swing, the thump from the sole of the club left the biggest impression on me.  It made me feel like my shots were perfectly timed and I was getting the ball, then the turf, exactly like I should be.

The Covert 2.0 Forged irons are at the top of the list as one of the best feeling clubs I’ve hit in 2014.  I think this is in part because of the stock Nippon 950GH shafts (if you haven’t tried this shaft yet, it’s worth checking out), which always delivers a very crisp impact feel.  Additionally, the face of the Coverts is extremely forgiving from heel to toe – even the hosel felt pure (that’s a joke, don’t worry).  Sometimes a forgiving club can give a feeling that is a little too soft and unresponsive, but the Covert 2.0 Forged irons feel strong through impact and don’t leave you with that “pillowy” feeling you may come to expect out of a forgiving cavity-back iron. 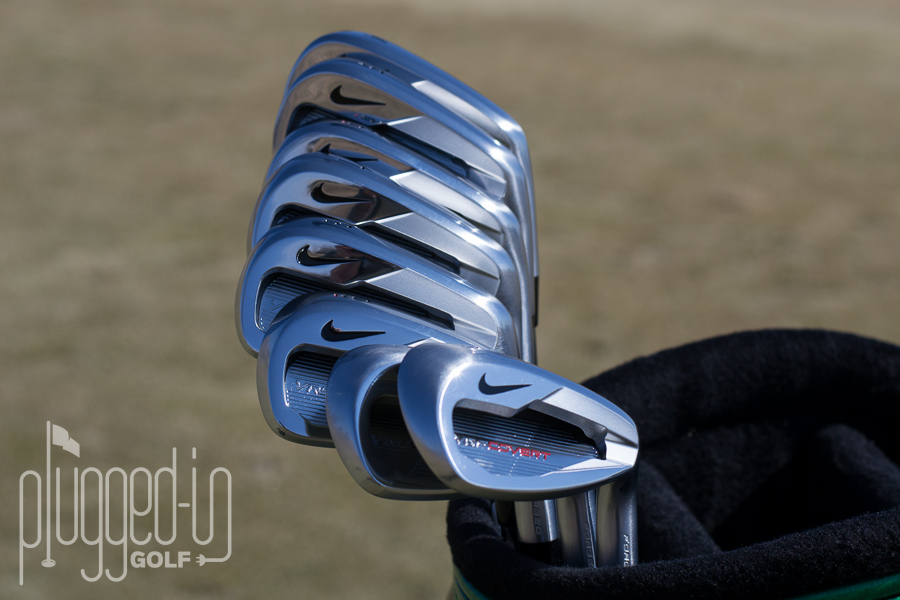 As I said before, hitting the Nike Covert 2.0 Forged irons was really an interesting and eye opening experience.  I knew these irons were supposed to be a little more of a distance iron, but I was actually getting about one and a half more clubs out of my long irons.  Those gaps tapered down as I got to the shorter irons so the set still blended nicely into my existing wedges.  It was reassuring that Nike took distance gaps into consideration and didn’t just focus on making sure the golfer could hit their Pitching Wedge 245 yards.

With the longer distances, I was seeing a lower launch than my regular clubs, but ultimately a higher ball flight.  It was a very nice, rising flight that resulted in soft landings that were difficult not to be satisfied with.

Most notable in performance has to be the forgiveness.  I had quite a few off-center strikes that did not suffer from significant distance loss or flight degradation.  I’m not trying to tell you that if you got too far either direction on the face, that you wouldn’t see a diminished performance, but you will notice shots that would normally suffer will hold up better with the Covert 2.0 Forged irons. 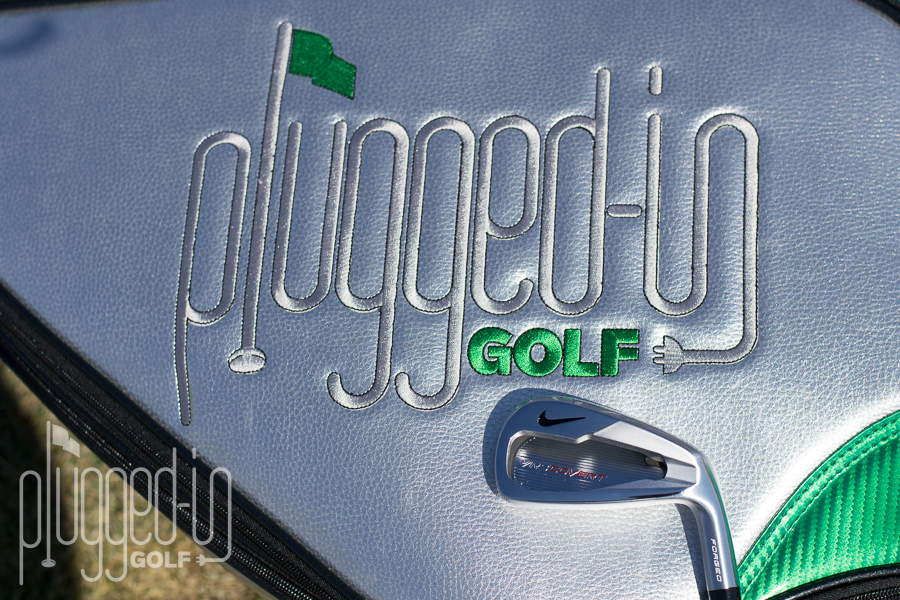 2014 seems to be the year of irons that bridge the gap between high-handicap game improvement clubs and scratch player butter knives.  The Nike VRS Covert 2.0 Forged irons offer more forgiveness and distance than golfers are used to in a set of player’s irons, but they maintain a lot of the visual appeal and performance that above average players are looking for.  By combining great feel, great distance, and great forgiveness, Nike has made the VRS Covert 2.0 Forged irons pretty hard to argue with.

The standard set is 4-AW with a stock Nippon 950GH steel shaft.