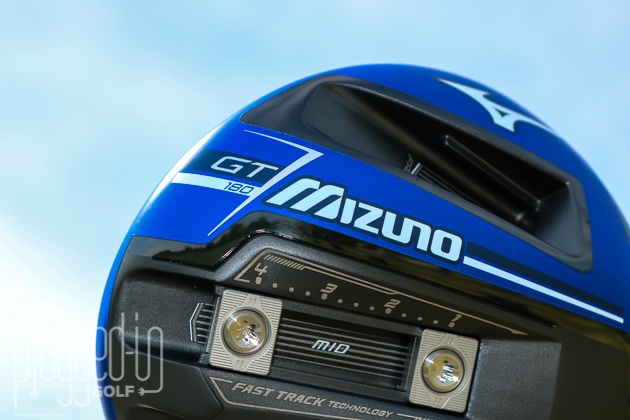 The Mizuno GT180 driver is a strong performer with a lot of adjustability.  Its blue crown makes it eye-catching. 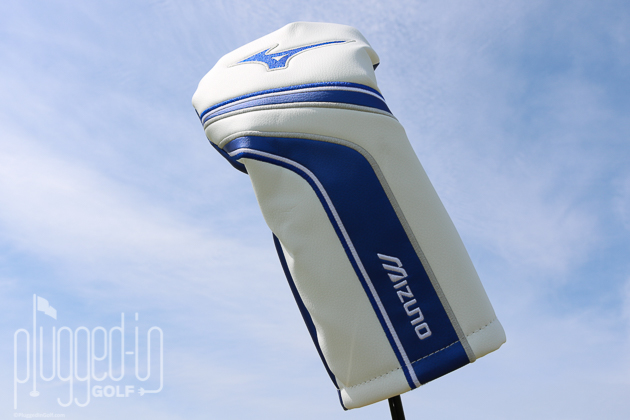 Early this year, we took a look at the Mizuno ST180 driver.  Shortly after that came the release of the GT180 driver, a similar looking stick with tons of adjustability.  Can three forms of adjustability bring the masses around to a blue-crowned driver? 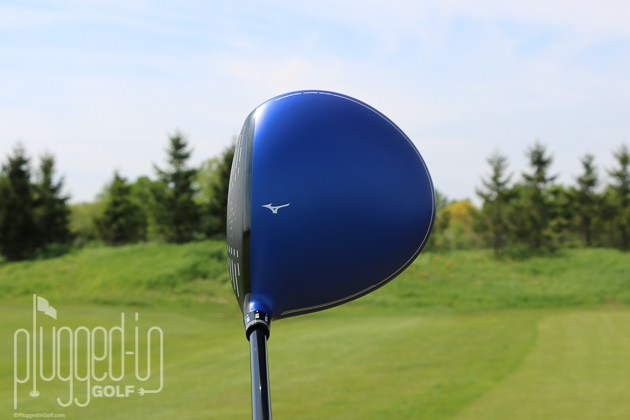 Like the ST180, the GT180 driver has a blue crown that stands out from the crowd.  Blue being my favorite color, I like it, but any colored crown tends to have its haters, too.

The shaping is nearly identical to the ST180 – fairly long from front to back with a hint of reverse pear shape.  Mizuno’s running bird logo serves as the alignment aid. 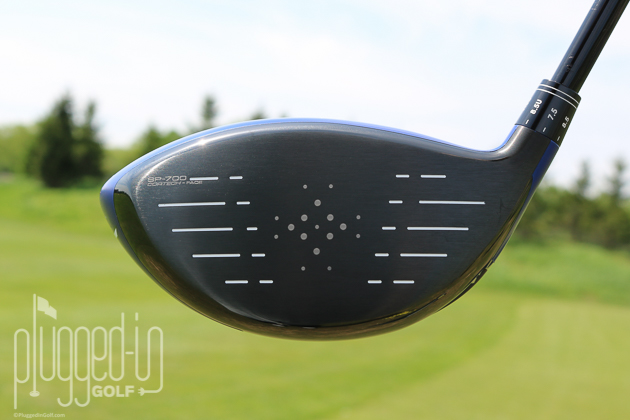 The GT180 is one of the higher pitched drivers that I’ve hit this year.  It also has some of the most stark audio feedback.  When you catch the ball on the center of the face, you get a solid sound.  Miss the center and your ears are slapped with a hollow crack.

Feedback is reinforced through the hands.  The head doesn’t twist much on mishits, but you should still be able to feel the location of your strikes. 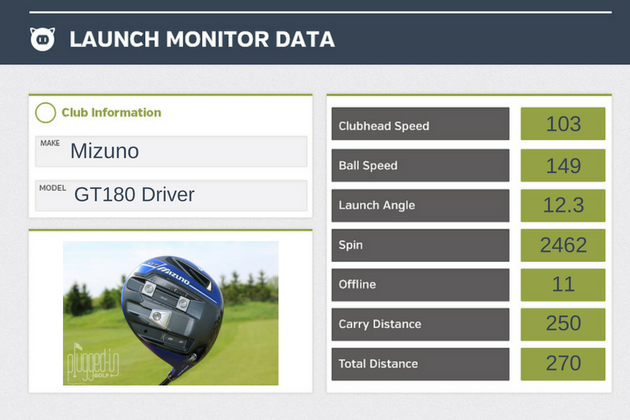 Mizuno has poured every bit of adjustability into the GT180.  The Quick Switch hosel adaptor allows you to change the loft, lie, and face angle.  You can fine tune the face angle with the Visual Face Angle Slider.  Finally, you have Fast Track Technology with two 6 gram weights that can be set into any of seven positions.

The hosel adapter and Visual Face Angle Slider (VFAS) combine to give you a wide array of looks at address.  You can get the GT180 to sit noticeably open or closed.  The VFAS alone doesn’t have a huge impact on the look, but it can make the highest and lowest loft settings look less extreme.

More impressive is the impact of the weights.  I loaded all the weight into the heel (maximum draw), bashed a shot completely off the heel, and watched it fly dead straight.  With the same setting, a centered or toe shot produced a strong draw.  When I switched the weight to the toe, the ball wouldn’t draw no matter how far I onto the toe I struck it.  I saw some impact on launch and spin when I moved the weights forward and back, but no weight setting can override the impact of hitting the ball high or low on the face.

When it comes to forgiveness, the GT180 is very accurate but not the best at preserving distance.  Particularly with the weights in the heel and the toe, this driver is a fairway finder.  However, if you hit the ball all over the face – particularly low – you’ll see the spin numbers jump up and cost you some distance. 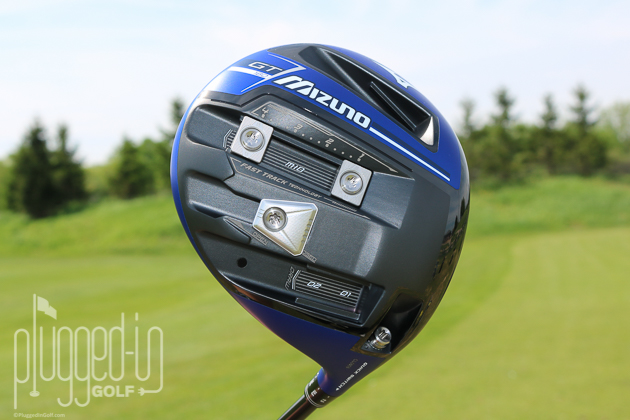 As someone who likes the ability to tune a driver’s performance, the GT180 is my favorite Mizuno driver yet.  The weights are really impactful, particularly when it comes to producing a draw or fade.  If you need a driver that you can count on to find the fairway, this one is worth a look. 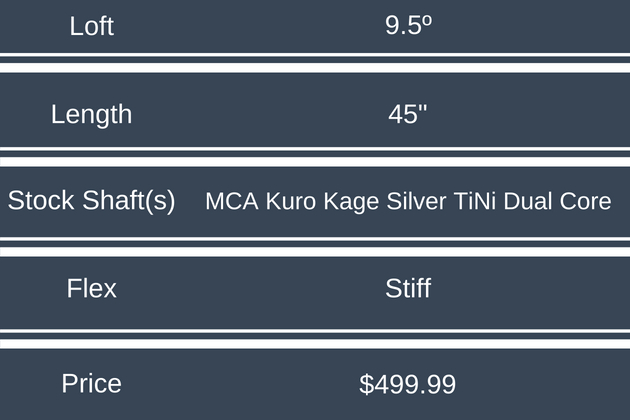