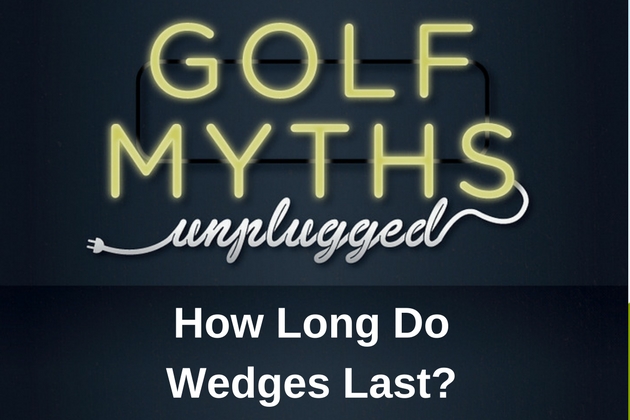 When Is It Time For New Wedges?

If you follow the equipment on the PGA Tour, you regularly hear about players swapping out their wedges to have fresh grooves.  If you look at the golf bags of your fellow amateurs, you’ll regularly see wedges that measure their age in decades.

So who has it right?  Are the pros changing wedges unnecessarily or are amateurs missing out on performance?  We collected the data to bring you the answers. 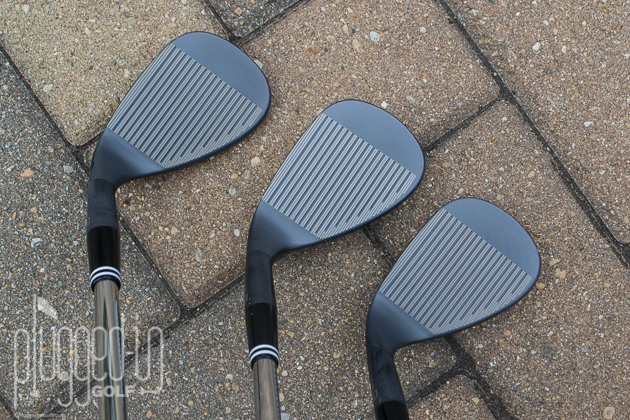 Myth #4 – Golfers should replace their wedges every year 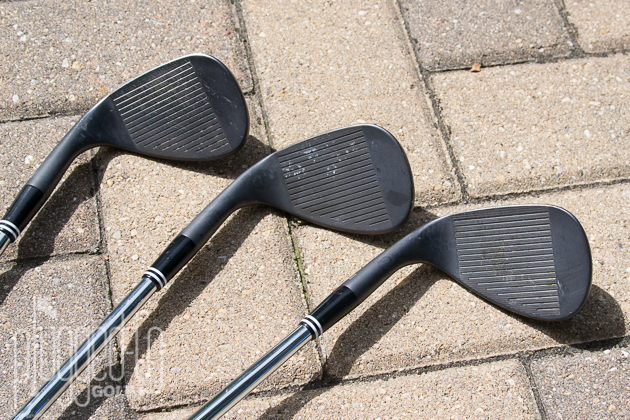 We started this test with three brand new Cleveland RTX-3 wedges.  We tested each wedge on a launch monitor under four conditions: pitch shot (approx. 50 yards), full swing, and pitch and full swing with a wet club face. 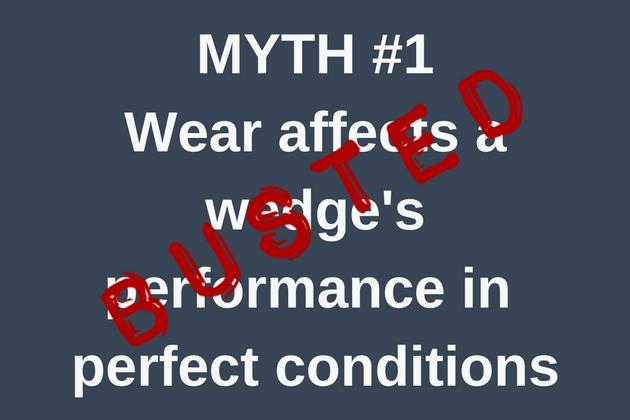 In perfect conditions – a dry, clean club hitting a dry, clean ball – grooves are irrelevant.  Whether the club is brand new or has been used for 1,000 bunker shots, the launch, spin, distance, and descent angles were all virtually identical.

In speaking with Cleveland about this, they made the analogy to car tires.  On a track that’s free of dirt or debris, you can use slick tires and get great performance.

While this is an interesting finding, we don’t play golf in perfect conditions.  On to Myth #2. 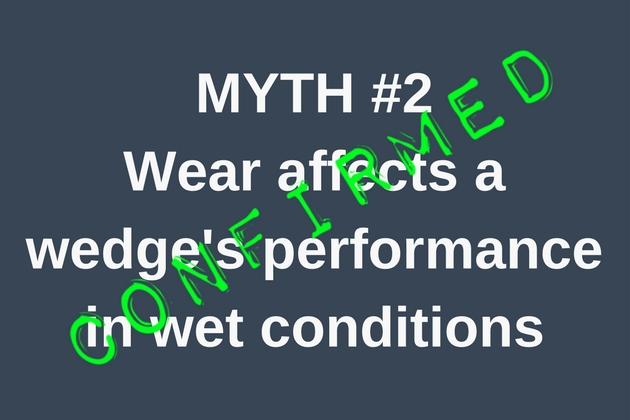 When water was introduced to the club face, the wear on the grooves became a significant factor.  Across our testing conditions, we saw spin reductions of 5% to 20% and launch angles went up due to loss of friction.

To return to Cleveland’s tire analogy: when there’s water or dirt on the road, you need treads to maintain a hold on the road.  The wedge’s grooves channel the water away so that the club face can grip the ball.  When the grooves are worn down, the water stays between the club face and ball and reduces friction.

What the averages fail to show is even more important: the worn-groove shots were very inconsistent.  Some shots would spin like they did in the pre-test; others carried no spin at all. 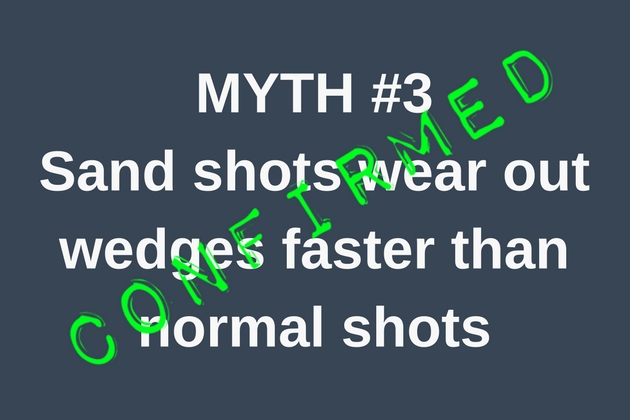 The effects of 500 pitch shots off a mat were negligible.  500 shots from the bunker, however, sapped significant performance from our wedges.  On average, the wedge that had hit 500 bunker shots produced over 700 RPM less spin on a full swing.  After 1,000 bunker shots, that loss was over 1,000 RPM.

If you use one wedge as your primary sand club, it should definitely get priority for replacement. 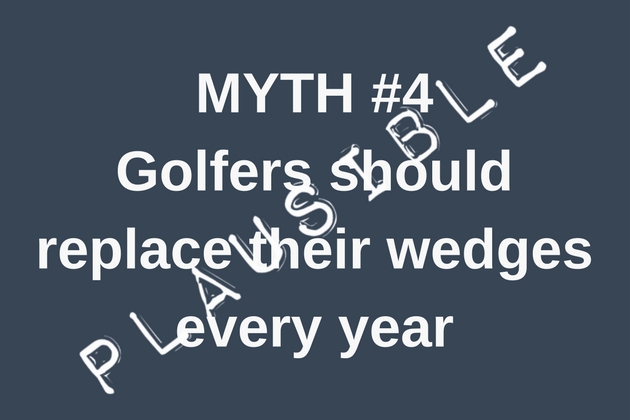 This one is tough to answer definitively because there are many factors, but it seems plausible that the avid golfer should replace his or her wedges annually.  Here are some things to consider:

Additionally, you don’t need to replace your wedges as a set.  Personally, I wear out my 60 degree wedge fastest.  It gets about half of my bunker work, nearly all of my chipping and pitching, and the bulk of my short game practice.  My 50 degree, on the other hand, hits a handful of range balls and some shots on the course.  It will last a long time.

Also keep in mind that you can’t trust the look of your wedges.  We chose the black finish on the Cleveland RTX-3 wedges for this test specifically because they would show wear the most.  However, despite hitting 1,000 bunker shots and suffering noticeable performance loss, the wedge looks pretty good.  Kudos to Cleveland for a very durable finish.

Ultimately, it’s time to replace your wedges when you see the performance decline. 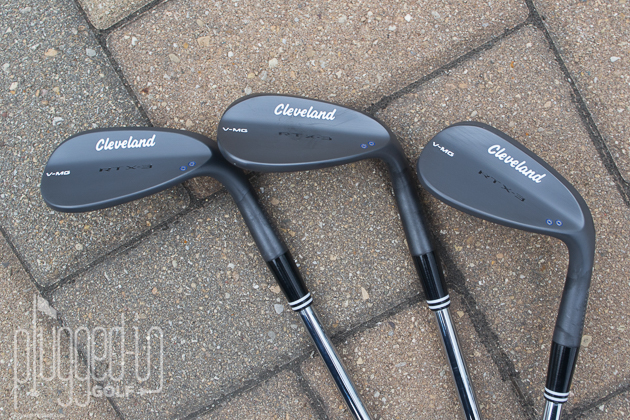 The most startling piece of information was how moisture and debris can impact the quality of your wedge shots.  One spray of water caused a brand new wedge to lose 30% of its spin on a full swing! 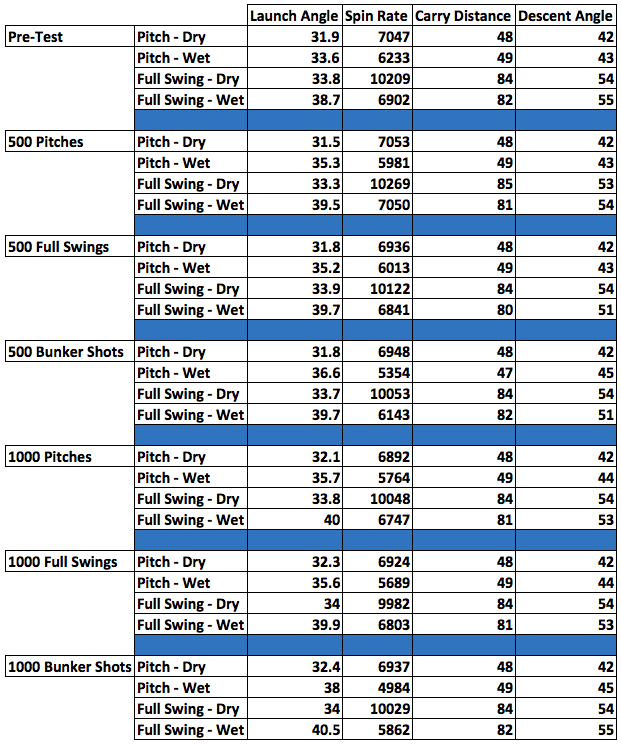