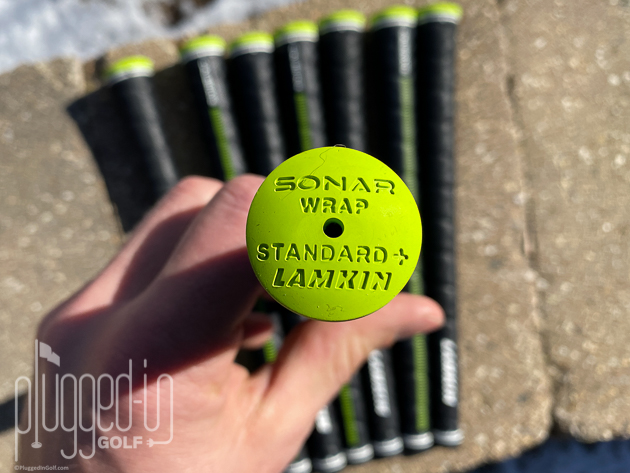 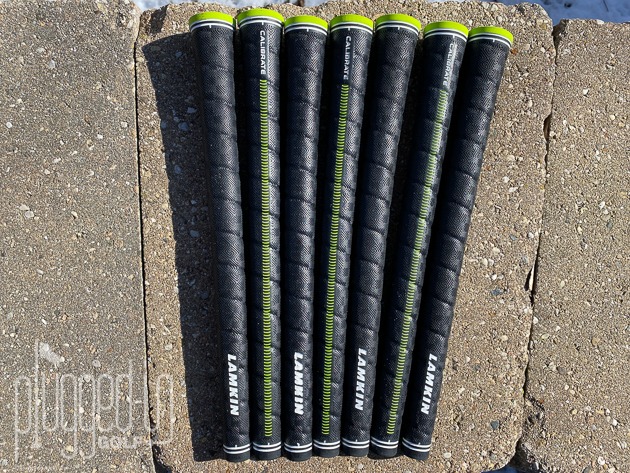 There’s little mystery why ribbed grips are so popular: they give golfers an easy way to ensure that their hands are in the same spot on every swing.  And if a little reminder is good, a slightly stronger reminder is better.  That’s the idea behind Lamkin’s Calibrate Technology which they’ve incorporated into their successful Sonar+ Wrap grip. 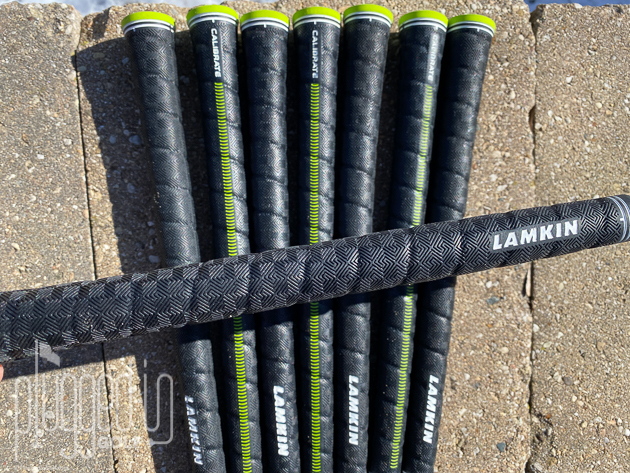 At a glance, the Sonar+ Wrap Calibrate could be mistaken for the standard Sonar+ Wrap (review HERE).  Both share the visible “wrap” texture and the maze-like FINGERPRINT Technology.  The only obvious change is that the butt cap is neon green, not blue.

When you flip the grip over, you see the critical difference: the neon green Calibrate rip running down the back. 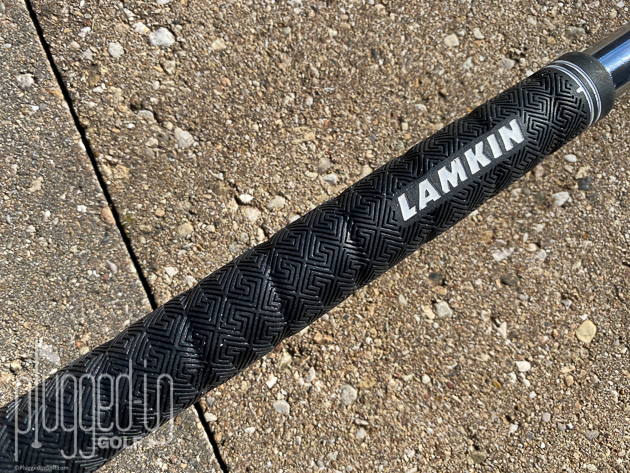 The Sonar+ Wrap Calibrate grip is one of the softest grips in the Lamkin family.  The Genesis Material doesn’t have too much give in it, but it doesn’t have the firm feel of some typical rubber grips either.

Like the standard Sonar+ Wrap, the Calibrate version has a noticeable amount of tack.  What I like about Lamkin’s use of tack is that it has a long life but isn’t overly sticky.  You feel the tack, it’s reassuring, but it doesn’t dominate the experience of holding the club. 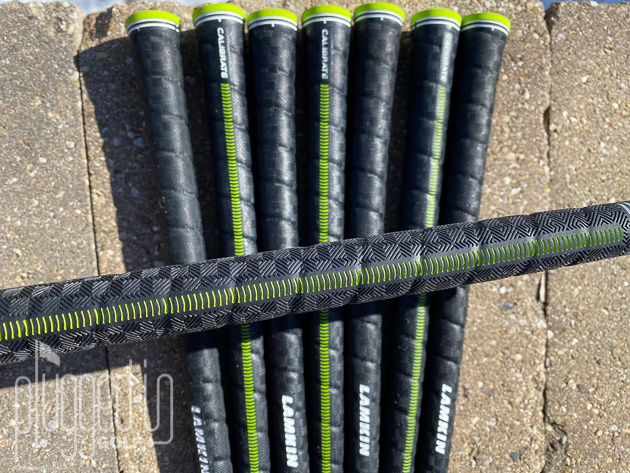 Calibrate Technology is new to Lamkin for 2020, and it’s being incorporated into many of their popular grips.  Per Lamkin, it provides golfers “optimal hand placement, club face awareness, and control.”  As ribbed or reminder grips go, Calibrate falls between a traditional rib and Golf Pride’s ALIGN.  The Calibrate rib is larger than normal, but the texture is not as starkly different as ALIGN.

Every time that I test a ribbed grip like the Sonar+ Wrap Calibrate, I start to wonder why I don’t use one regularly.  Calibrate provides a noticeable but not overpowering reminder to get your hands in the same spot every time.  Once your hands are locked in, you get a little shot of confidence from knowing that part of your set up is correct.

Beyond the namesake feature, the Sonar+ Wrap Calibrate performs just as well as the original version.  Durability is excellent, and there’s more traction than you’d expect from a non-cord grip.  The combination of FINGERPRINT technology and tack makes it feel solid in your hands, even if conditions are wet. 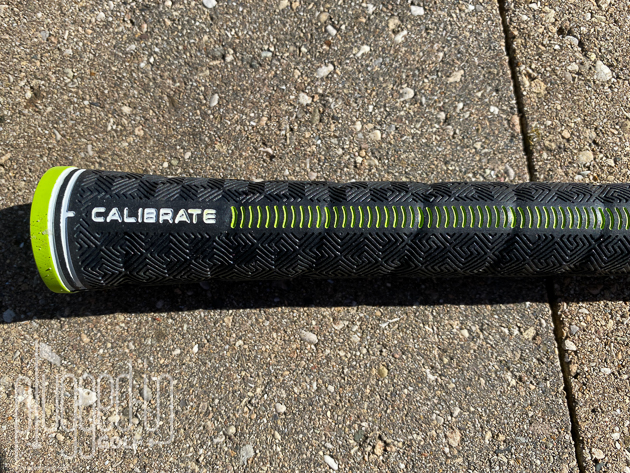 The combination of comfort and Calibrate Technology will make the new Lamkin Sonar+ Wrap Calibrate grip a winner for many golfers.  Calibrate provides a strong reminder to get your grip right, and Lamkin’s unique design and material will keep it locked into your hands.