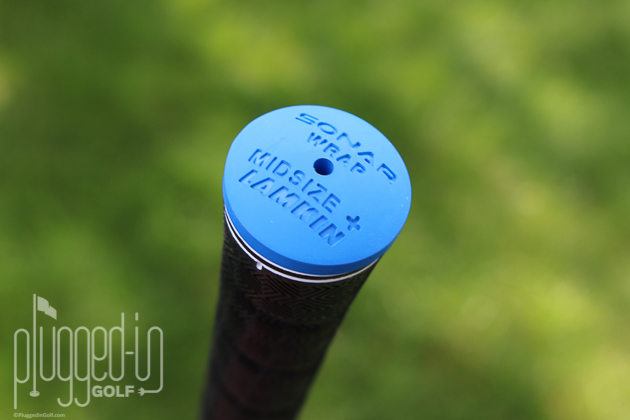 The Lamkin Sonar Wrap grip offers a new texture for fans of the Sonar grip.  Reduced-taper profile.  Excellent performance in all weather conditions.

Even though it’s been a very long time since most grips were actually wrapped onto shafts, the wrap style grip remains popular with many players.  In an effort to bring the latest in grip technology to those golfers, Lamkin has introduced the Sonar Wrap grip. 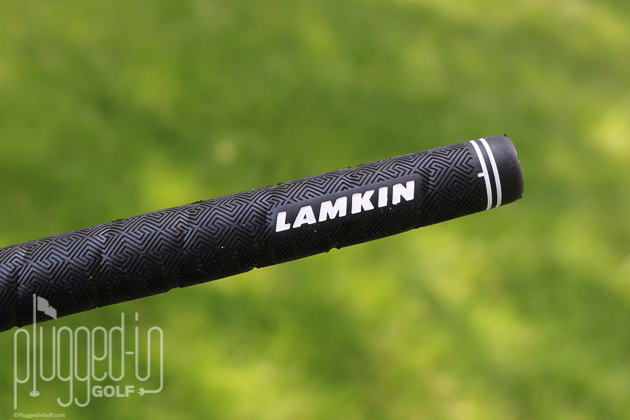 The Lamkin Sonar Wrap keeps things very traditional.  It’s all black with a simple white Lamkin logo at the bottom.  The only color is the blue cap on the butt of the grip.

From a distance, the “wrap” texture is visible.  As you get closer, you’ll notice the maze-like texture of Lamkin’s FINGERPRINT Technology.

Sonar Wrap brings a softer feel to the Sonar family of grips.  This grip has the solid assurance of a rubber grip but with a bit more give than the standard Sonar grip (review HERE).

Like the original Sonar, the Sonar Wrap has a noticeable amount of tack.  I’ve never used super tacky grips, but I found the Sonar Wrap easy to use.  The tack is noticeable without being overwhelming or uncomfortable. 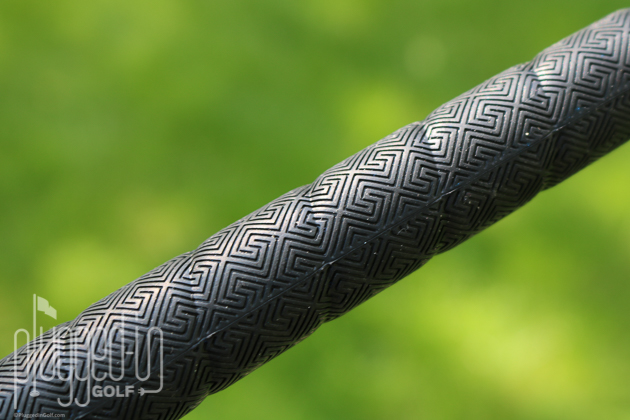 The hallmarks of Lamkin’s Sonar grips are present in the Sonar Wrap: excellent durability and performance in all conditions.  The durability comes thanks to Lamkin’s GENESIS material.  Where some rubber grips get firm and slick, the Sonar Wrap stays soft and tacky.

Finally, the Sonar Wrap has a  reduced taper profile.  Traditional grips get substantially thinner as you move from the butt of the grip toward the club head.  The Sonar Wrap has less taper to make grip pressure more even between your hands.  For some players, this profile also helps to prevent hooks. 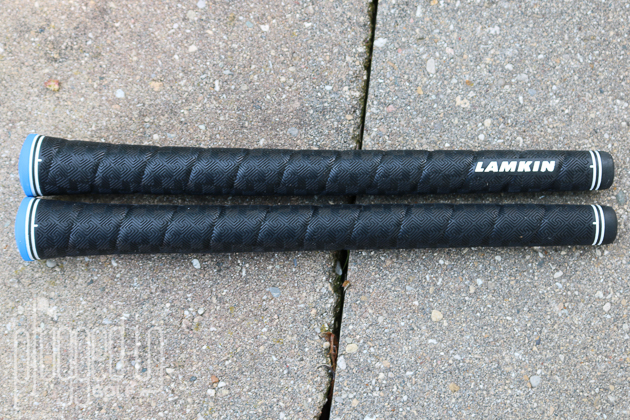 The Lamkin Sonar Wrap shows the company’s commitment to offering the latest technology to players of all grip preferences.  Sonar Wrap combines the traditional wrap-style texture with a more cushioned feel while still delivering durability and performance.