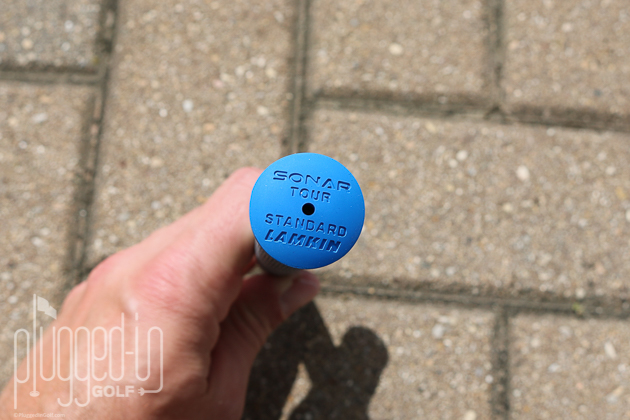 The Lamkin Sonar Tour grip is a firmer version of last year’s Sonar with a traditional shape.  A great all-weather grip.

Last year, Lamkin released the Sonar golf grip to wide acclaim.  It hit a sweet spot in terms of feel, look, and features that few other grips can get quite right.  For 2019, Lamkin is adding to the Sonar family with the Sonar Tour, built with feedback from the Tour. 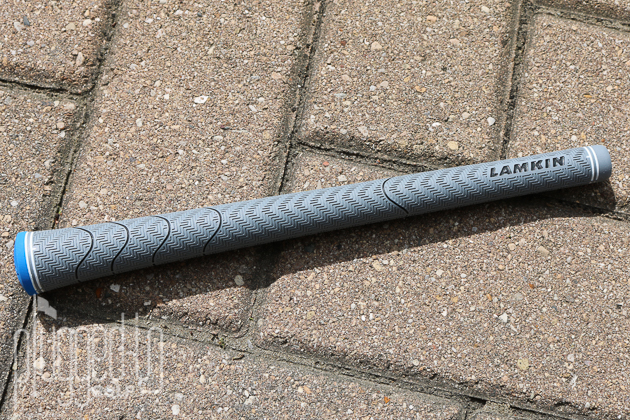 The Lamkin Sonar Tour has a more staid appearance than the original Sonar.  Available only in gray with a blue butt cap, there’s very little in the way of decoration.  There are five black semi circles which serve as very subtle reminders for hand placement.

One notable aesthetic feature is that it’s designed to be installed logo down, in accordance with the preference of Tour players. 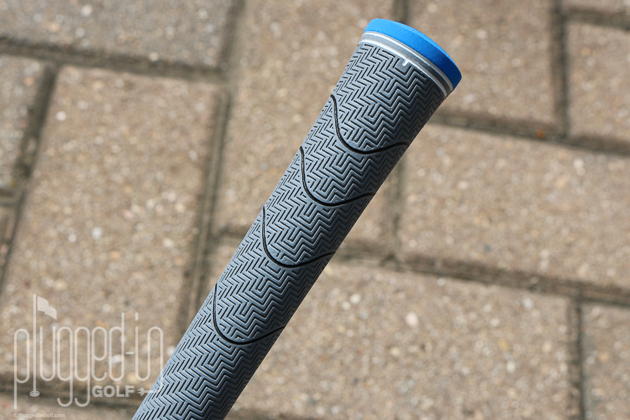 There are two important differences that I noticed between the Sonar and the new Sonar Tour.  First, the Sonar Tour is slightly firmer than the Sonar.  The original Sonar had a little bit of “squish” to it, but the Sonar Tour has none.  It’s not an overly firm grip, but it’s definitely not a “comfort” grip.

Another change is that the Sonar Tour has a uniform texture across the entire grip.  The Sonar had numerous patterns to guide hand placement.  The Sonar Tour, designed for the better player, provides the same feeling under both hands no matter where you place them. 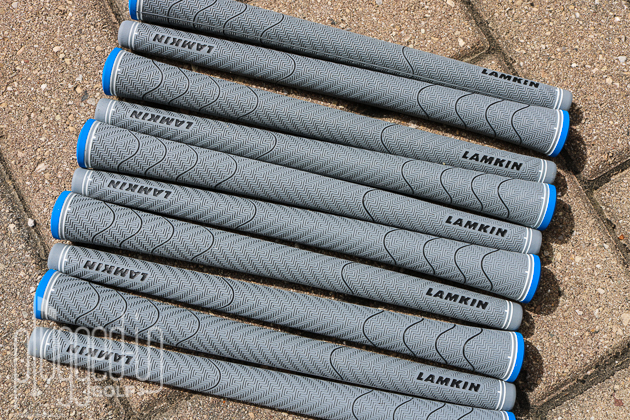 In 2018, all of the new Lamkin grips featured their “Plus” profile with reduced taper.  The Sonar Tour is a bit of a throwback as it has a traditional tapered profile.  This means that the grip is thicker near the butt, thinner toward the club head.  For some players, this shape will make it easier to close the club face and produce a draw.

Beyond the profile, two things about the Sonar Tour stood out to me.  First, it has a consistent, very slight amount of tack that most similar grips lack.  I’m not a fan of extremely tacky grips, but the Sonar Tour had just enough that I felt I could hold the club more gently.  The other impressive feature is the durability.  The primary reason I play corded grips is that rubber grips can get slick in a short time.  Lamkin’s Sonar Tour still feels new after a month of being gripped and swung daily.

As of this writing, the Lamkin Sonar Tour is only available in standard size. 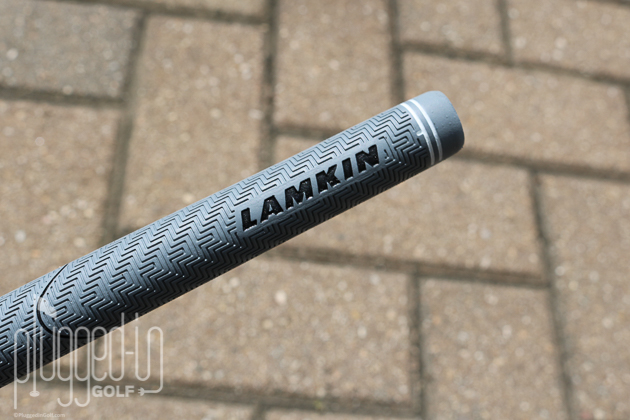 For the player who likes a traditional shape and feel but wants greater durability and all-weather performance, the Lamkin Sonar Tour is a great choice.  This rubber grip gives you strong control of your club without tearing up your hands.