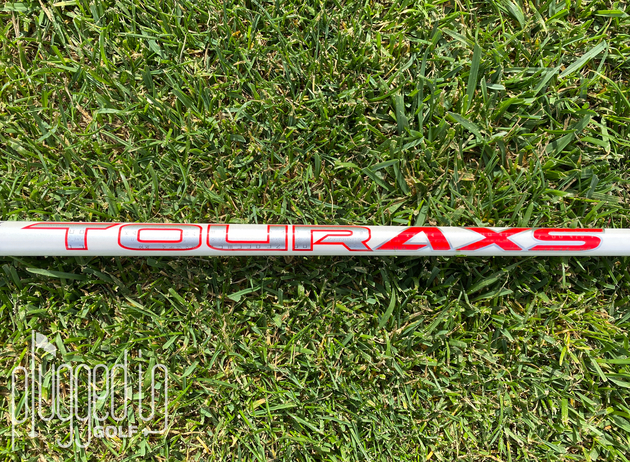 The LAGP Tour AXS RED shaft is the middle child of the new line, which isn’t a bad thing.  Stable with mid launch and spin. 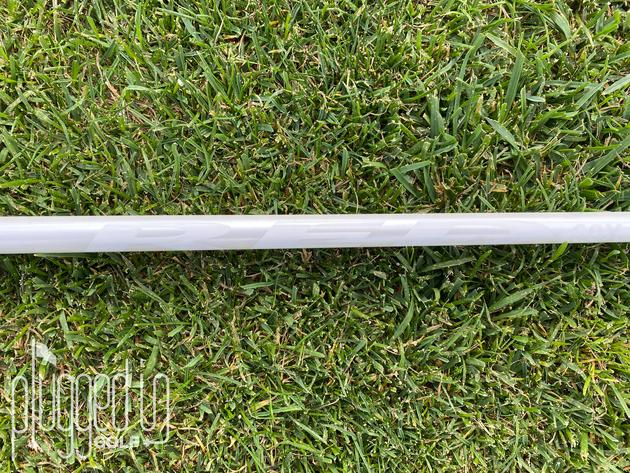 In this review, I’m taking a look at the Tour AXS RED, the third shaft in the new LAGP Tour AXS line.  Where the BLU is designed for the aggressive swingers who need low launch and spin and the WHT is meant for players seeking more elevation, the RED is for the majority of the golfers who need something in the middle. 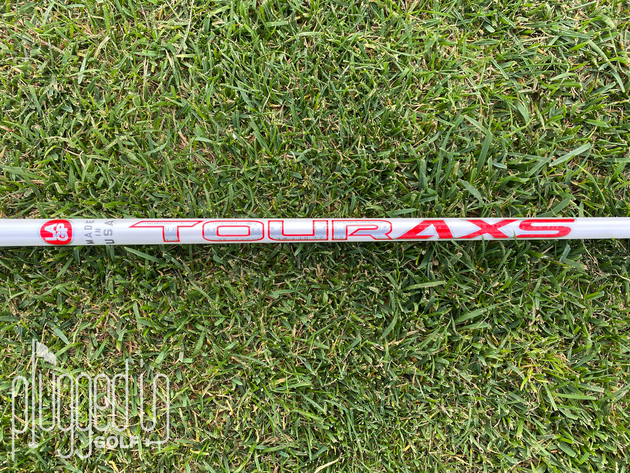 With so many wild colors in the shaft market, it’s easy to forget that a white shaft with bold graphics still looks awesome.  The red LAGP logo and TOUR AXS branding explode off the stark white background making for a striking yet classic look.  Incorporating the “rain” graphics inside the word “TOUR” is a great nod to the shaft’s heritage.

The underside of the Tour AXS looks blank at first glance, but a closer look reveals something else.  On each of the LAGP Tour AXS shafts, the model name – in this case “RED” – is written in white-on-white.  This is a clever choice that allows for more branding without creating distractions at address. 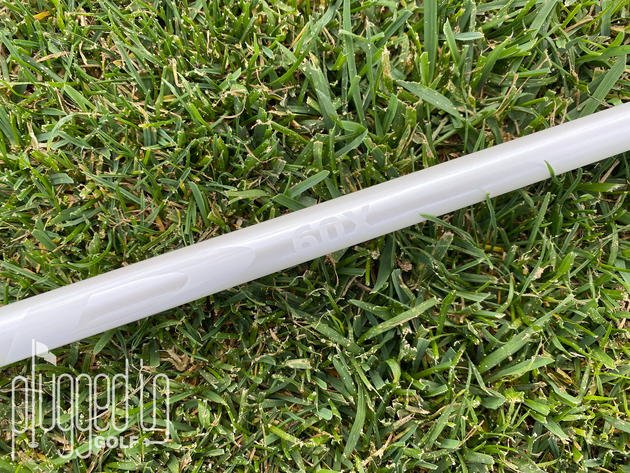 It’s important to note here, as I will again in the Performance section, that LA Golf Shafts is not using the standard color to characteristics pairings we see in most shafts.  In the Tour AXS line, WHT is the high launching model, RED is mid launching model, and the low launching shaft is BLU.

As you would expect, the Tour AXS RED delivers a feel that is somewhere in between the super stable BLU and the very active WHT.  The RED did load and kick on every swing, but it felt like it loaded more when I put more into it.  Surprisingly, the bend point felt higher on the RED than the BLU.  With the RED, I felt the kick just below the grip. 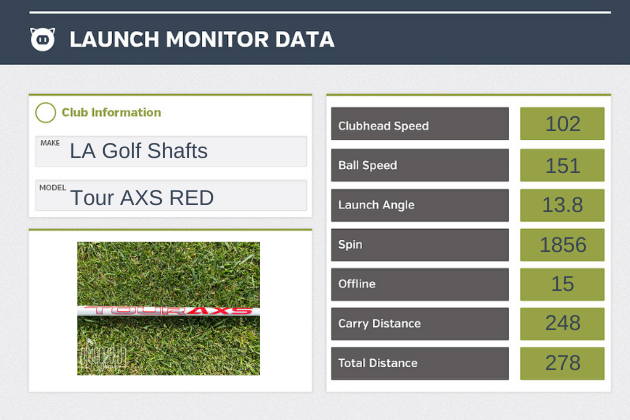 Another reminder: in the Tour AXS line, the RED is the mid launch, mid spin model.  Also, the Tour AXS shafts are a unique case in that you can compare the launch monitor numbers of the different models apples-to-apples.  Do note that the WHT is a 50-S, the other two are 60-X.  The review of the LAGP Tour AXS BLU is HERE and the WHT is HERE.

Just as with the feel, the performance of the Tour AXS RED fits neatly in between the BLU and WHT, though, for me, it leaned closer to the BLU.  The difference in launch and spin between the RED and BLU was barely noticeable on the range, though it was clear on the launch monitor.  Based on the ball flight and distance I was seeing, I could have been very happy putting either shaft in play. 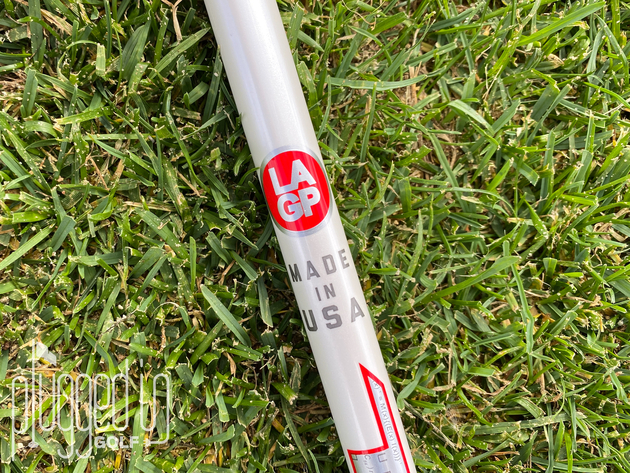 Similarly, I found the Tour AXS RED to be quite accurate and predictable.  On every good swing, and the majority of swings overall, the RED produced the ball flight I expected without much curve.  The one area where – for me – it was surpassed by the BLU was in handling all-out swings.  When I swung 110%, the added kick of the RED led to a couple ugly hooks where the BLU was never phased. 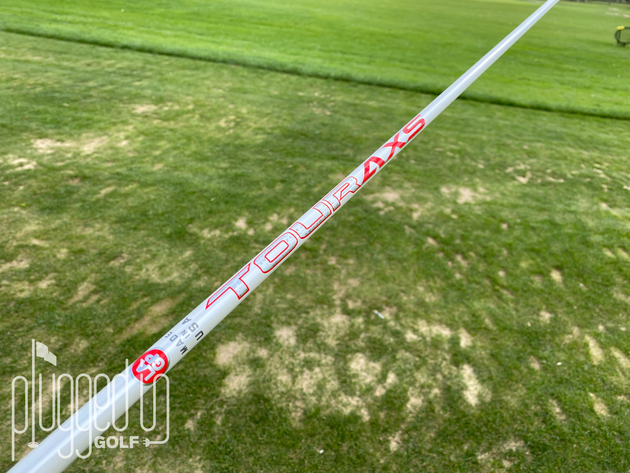 If you want a shaft that strikes a balance between all the things you want – stability and kick, launch and spin – check out the LA Golf Shaft Tour AXS RED.  I was impressed by the way it combines a smooth feel with predictability, and I think you will be, too.