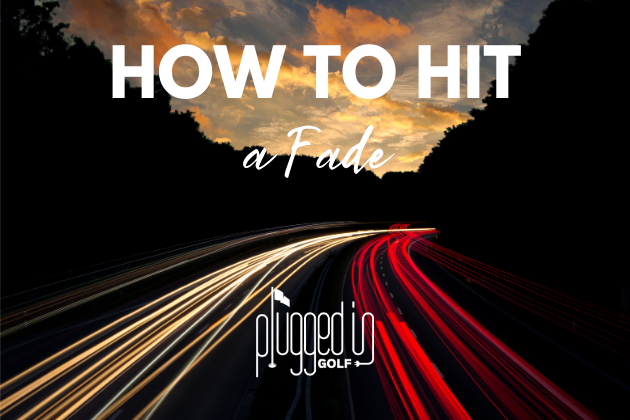 How to Hit a Fade

The response to my “How to Hit a Draw” lesson [find it HERE] was so amazing that I had to do a sequel.  So here it is, everything you ever wanted to know about hitting a fade.  Let’s get to it.

You want to hit a fade

You want to stop hitting a hook 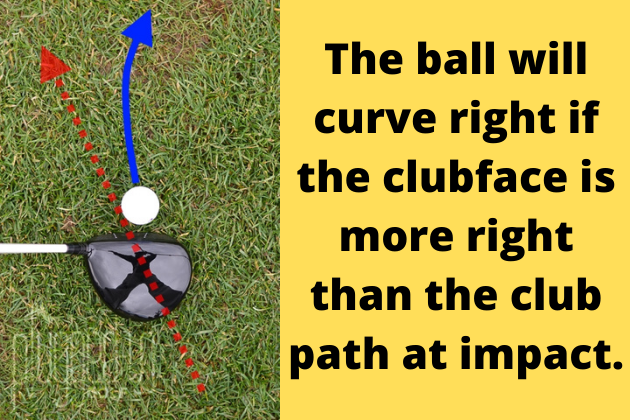 My series on ball flight laws [find it HERE]  is over six years old, but the facts haven’t changed.  Here are the Cliff’s Notes for hitting a fade:

If you want to get a little deeper into the facts of ball flight, let’s dive in. 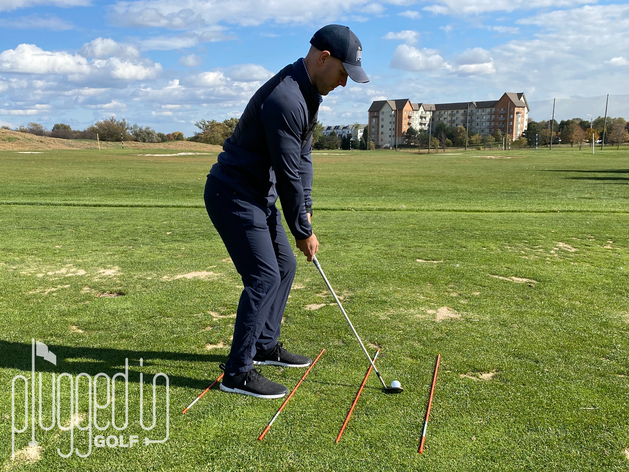 Before we change anything, we need to assess where you’re at right now.  Your path or club face may already be perfect for hitting a fade, and we don’t want to change something that’s good.

Go to the range and set down an alignment stick or two [tips on this HERE].  Hit some shots and answer two questions:

Now, choose your adventure based on the answers to those questions. 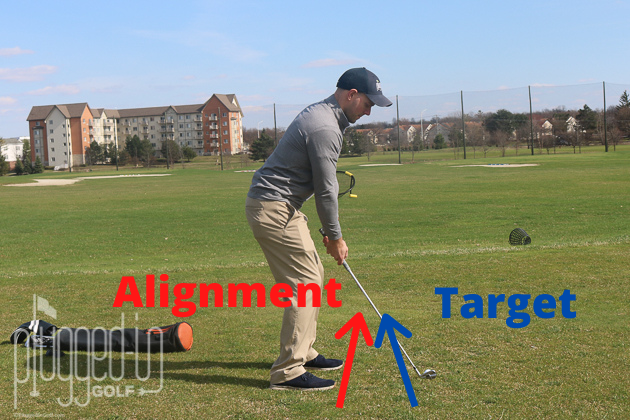 If Your Shots Start On Target…

…that tells us that your club face is pointed at the target at impact.  Congrats, that’s a great starting point.

If the ball is curving left, that tells us that your club path is right of your club face (“in to out”).  We can modify this a few different ways.  One option is to set up differently.  Align your club face to the target but aim your body (feet, hips, and shoulders – not just feet) to the left of the target.

Another set up option is to shift your entire set up (clubface and body) to the right.  Now your shots will start right of target and curve left, back to the target.  This is not wrong, this is not cheating.  I would wager that there are thousands, maybe millions, of people who have played very good golf doing this.

The final option is to maintain your current alignment but swing left or “out to in.”  This is a tough change that will take time.  Set up an alignment stick on your preferred swing path and make practice swings “tracing” that line.  Hit half speed shots and check where the ball starts and where it curves.  If you lose control of your clubface or contact, slow it down and rehearse more. 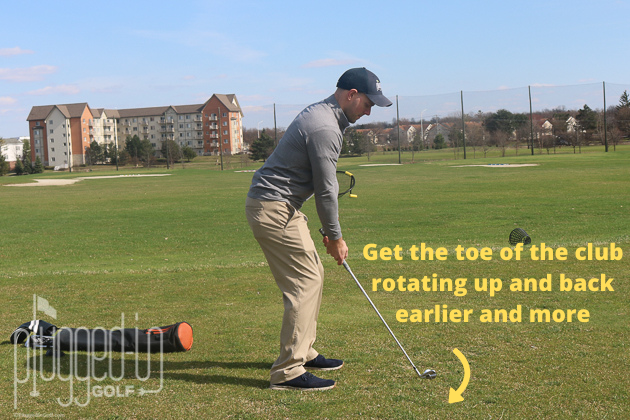 If Your Shots Start Left of the Target…

If you’re starting shots a little bit left of the target, and those shots don’t curve, a small tweak to your clubface is all you need.  Work on opening the club face a little more at impact and the shots will start closer to target with a small cut.  I have found success by rolling the club more open in the backswing, but there are many other possibilities you can find success with.

Assuming impact location isn’t the issue (or this isn’t a driver problem), we need to look at how far left the ball is starting.  If you’re only starting the ball a little left of target, but it curves left, that is a swing path issue.  Look at the last paragraph of the section above for some fixes.  If you’re hitting shots that start far left and then curve, start by fixing the clubface, then tweak your path if necessary. 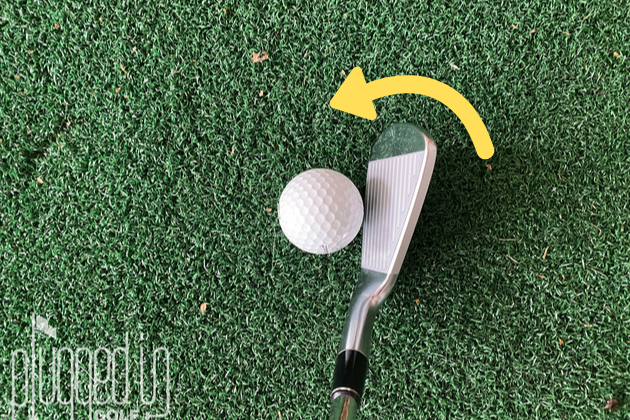 If Your Shots Start Right of the Target…

…you don’t want the ball to fade, because you’d end up in the land of push-slices, a very unhappy place indeed.

If you want to hit fades, the first thing you need to do is get your club face pointed at or left of the target at impact.  For this, my preferred feeling is closing the clubface more in the downswing.  I like to feel that my left hand is twisting counter-clockwise into impact, almost as if you’re throwing the toe of the club into the turf.  This is my preferred feel, but there are certainly other ways to do it.  Once you have the ball starting at or left of the target, check your shots’ curvature and revisit the sections above to get it dialed in.

If your shots start right and curve left, you have two options.  First, if the curvature is small, you can stop reading and play golf.  However, if the ball starts far right and screams back across the fairway, you need to work on your path and clubface.  This is a pretty rare combo, but it can happen for players who have been told to “swing to right field” without any regard for their club face.  Start by getting your club face in order so you can start your shots on target.  Use some of the techniques discussed above to start your shots closer to the target, then tweak as needed.

A Word of Warning

Before you start playing mad scientist with your swing, understand that the golf swing is a complex, interconnected thing.  If you start moving your club path, you may lose control of your club face, or vice versa.  Your contact may suffer.

Before you embark on a big change, understand that it will require patience and there may be some pain (read: bad shots, high scores) involved.  If you choose to go down that road anyway, good luck and let us know how it goes.