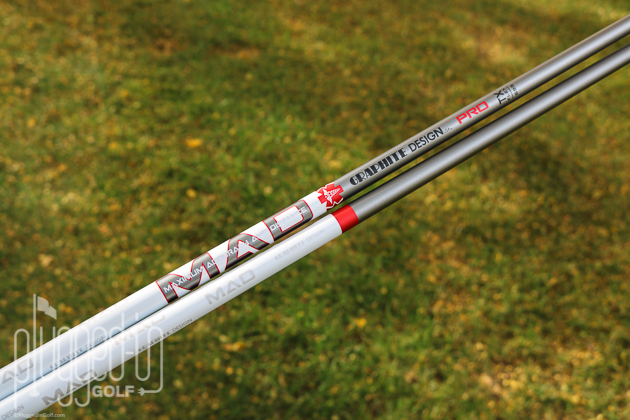 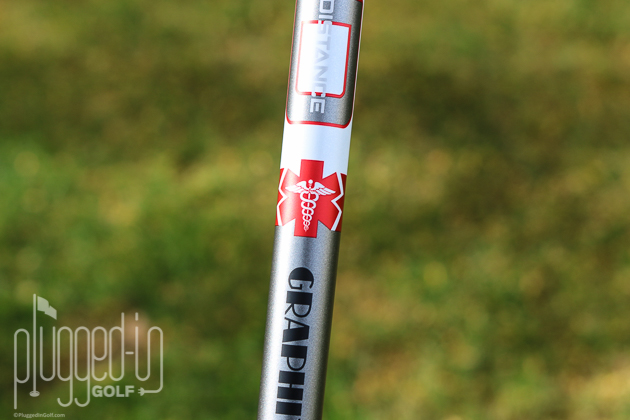 At the 2018 PGA Show, I saw the Graphite Design MAD – an acronym for “Maximum Accuracy and Distance” – and filed it away as something to check on later.  In the flood of spring releases, I lost track of it until I saw it on the wall recently at True Spec.  When I asked what was new and good, the fitter singled the MAD out for praise, so I decided I had to try one for myself. 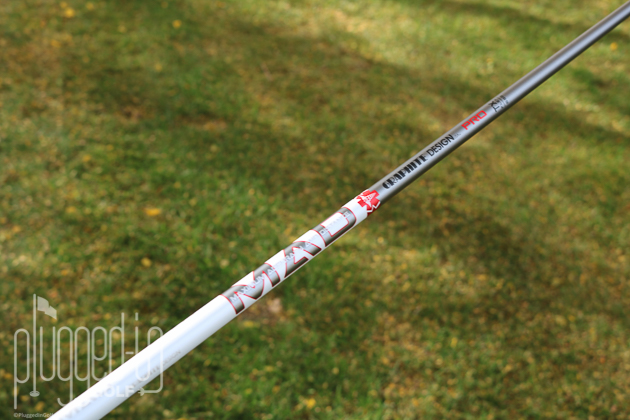 The MAD is the first shaft in recent memory that departs from the traditional Graphite Design aesthetic.  With a white upper section and a grey lower section, the colors are subdued, but this puts more focus on the red graphic elements.

The red caduceus (the snake/wings medical symbol, and yes, I had to look up the name) symbolizes the idea that this shaft can cure what ails your driving.  Hopefully once you have it in play, your driving will be sick in a good way. 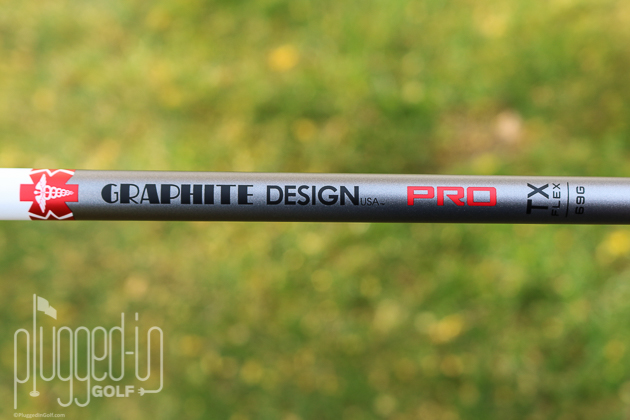 There are two models of the MAD – the MAD and the MAD PRO.  Both have the same profile – stiffer in the middle, softer in the butt and tip – but the PRO model dials the stiffness up across the shaft.  This will be most similar, at least per Graphite Design’s designations, to the Tour AD IZ.

In my hands, the MAD PRO has a smooth, subtle kick in the grip section and excellent stability elsewhere.  Again, GD states that the tip is as soft as the butt, but I felt the action entirely near the grip.

I was able to test both the X and TX versions of the MAD PRO and really liked the subtle difference between them.  Often when you move up or down a flex, the shaft feels completely different.  With the MAD PRO, the TX was clearly stiffer than the X, but the difference wasn’t huge.  The ability to dial in a player’s exact feel preference can be very valuable in a fitting. 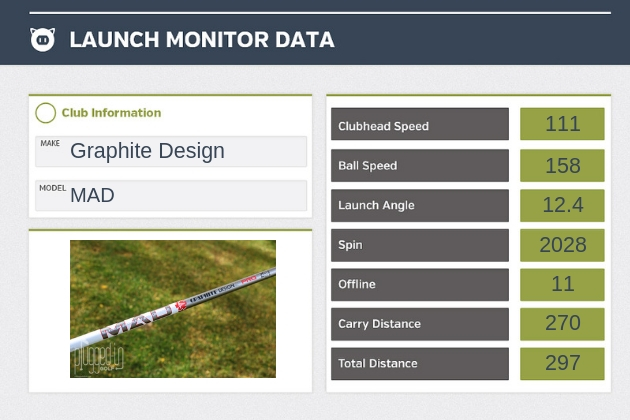 I’ll start with the technical stuff.  Graphite Design states that the MAD’s stability and feel are thanks to TORAYCA T1100G carbon fiber.  I don’t know what that is (you can learn more HERE), so I’ll move on to what I saw on the course.

With the MAD PRO, I was seeing the exact ball flight that Graphite Design prescribes: fairly low launch with low spin.  On my recent trip to Pinehurst, this worked out very well as I was able to maximize the fast, firm fairways.

The other thing I noticed, exactly as the fitter at True Spec suggested, was that the ball didn’t curve much.  I still hit the occasional pull or push, but I didn’t see a single ball curve hard left or right.  Once I got dialed in with the feel of the MAD PRO, this led to a lot of fairways hit.

Players that want a slightly higher launch and more spin can opt for the standard MAD.  Graphite Design promotes that version as Mid to Mid/High launch with Low/Mid to Mid spin. 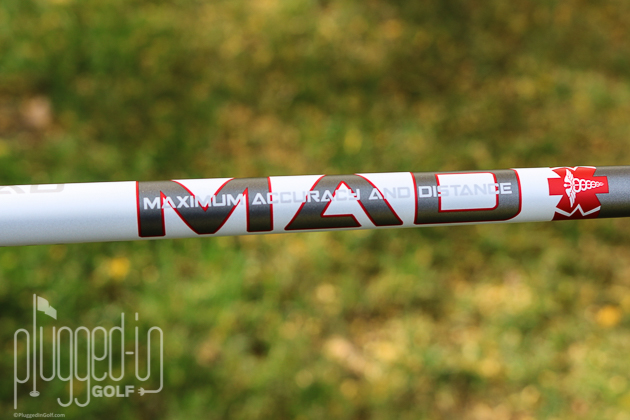 The Graphite Design MAD is only available through club fitters, but it’s priced at an affordable level, relative to other premium shafts ($179 for the standard, $279 for the PRO).  If you’re looking for a shaft that can cure what ails your driving, book an appointment with your fitter.