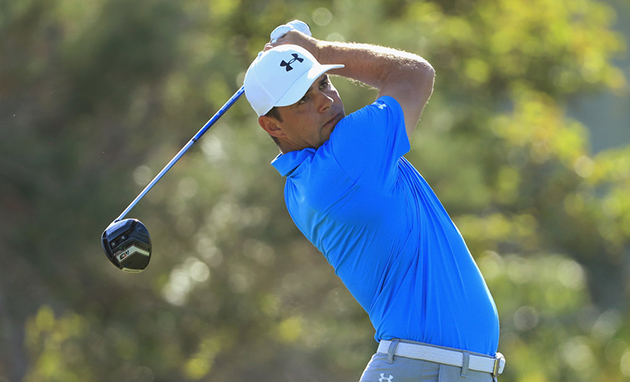 CARLSBAD, CA – Woodland added a 9° M3 440 driver to the bag just last week at the Farmers Insurance Open at Torrey Pines, where he went on to finish T12. Woodland’s driver is equipped with an Accra Tour RPG shaft at 44.75″, tipped 2″ with a D4 swingweight. It’s set to lower, with an actual loft of 8.5°. He has one weight pushed all the way forward and the second at 3/4″ back on the Y-Track. For the week, he averaged 314.1 yards off the tee with a long of 364 on Sunday.

TaylorMade’s 2018 M Drivers featuring Twist Face Technology now have victories in 4 of the last 5 PGA tournaments (as well as 1 European Tour event in that timeframe), with Woodland joining TaylorMade stablemates Dustin Johnson, Jon Rahm and Jason Day as tournament champions winning with Twist Face on the PGA TOUR. Woodland’s victory is his 3rd on the PGA TOUR, earning him 500 FedExCup points.

ATLANTA, GA – Mizuno, the leading golf equipment manufacturer, announces the release of its latest wood technology and partner to the ‘flat out’ low spinning ST180, the precision adjustable GT180 metal wood series. Both the ST180 and GT180 will be available this month.

The ST180 Series announced late in 2017 is on point for the generation of high ball speed players prevalent on Tour. Approaching the science of driving head-on – the ST180 has a simple weight forward, low-spin profile, intended to reduce spin rates. The new GT180 is a more sophisticated design with an expanded capacity to manipulate weight throughout the head – ideal for fitting studios and players looking to squeeze the last few yards from their motion.

The GT180 and ST180 both take advantage of a high ball speed, exotic Forged SP700 Ti face and improved shaft offerings – including the Mitsubishi Tensei CK, KURO KAGE Silver Dual-Core TiNi and BASSARA E-SERIES 42. Every shaft is an authentic version on the custom after-market component.

Hitting on a current industry topic of discussion, Mizuno engineers point out their design approach to the ‘bulge and roll’ of the latest woods delivering against current trends.

“We’ve been compensating for golfer’s regular miss hit patterns for years by giving the toe and heel sides of the face a bit more bulge than the center of the face,” said David Llewelynn, R&D Director – Golf. “This counteracts the greater amount of gear effect that occurs further from face center and gives the ball the appropriate amount of side spin to curve back to center. This is a big topic of conversation now – but not a design element we’ve advertised. Just one of those increments that happen over time.”

On the subject of which model to choose GT180 or ST180 Mizuno’s R&D Director, David Llewellyn points to personality over ability.

“Most players like to keep things as uncomplicated. To stand there and give the ball a rip – the ST180 is for them. Then you have players who enjoy the process of dialing in a driver and getting it optimized to the yard – that’s the GT180. Everything else is very similar – playability, ball speed. Chose a model based on your attitude to the game – it’s not about ability.”

Interest by pro players on tour continues to grow, which is not surprising given Mizuno’s track record of influential innovations in the metal wood category, from mass production of Titanium (T100) and the impact of low spin (T-ZOID) to sliding weight adjustability (MP-600). All of which have been embraced by other manufacturers.