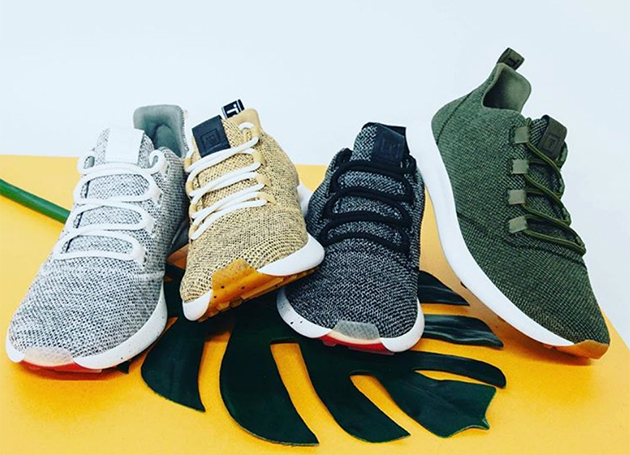 Designed in San Diego, TOMO Vol. 1 is a Fashionable, Lightweight Shoe Made with Eco-Friendly Materials, for Less than $100 – Insert Slow Clap Here

SAN DIEGO, CA – TOMO, a modern golf apparel company headquartered in San Diego, today announced its launch with the release of TOMO Vol. 1: a fashionable, lightweight, spikeless golf shoe that boasts both style and comfort at a price point under $100. The shoes will be exclusively available online at tomogolf.com.

TOMO was committed to designing a shoe that was functional and fashionable and could be worn anywhere, which is reflective in its urban style. Free of loud logos and busy designs, its elegance lies in its simplicity

TOMO Vol. 1 boasts a water resistant, soft, single-layer of knit to enhance comfort and breathability. As a result, the shoes are lightweight, weighing in at less than 10 ounces compared to the average weight of 15 ounces. A typical 18-hole golf course spans six miles. With 2,000 steps in a mile, the five-ounce difference is equivalent to lifting an extra 3,750 pounds.

TOMO’s founder Sunny Chou spent more than two years researching materials and over a year in the design phase, envisioning a spikeless golf shoe that wouldn’t confine him to the course.

“I wanted a spikeless golf shoe that would transition seamlessly from the golf course to just about anywhere else you can think of, so I needed to make a shoe that had more comfort, high quality materials and great style,” Chou said. “I wasn’t able to find what I was looking for in the market, so I decided to make it.”

While other shoes typically favor EVA, TPU or rubber for the soles, TOMO Vol. 1s use polyurethane – an eco-friendly and pricier material requiring more expertise to work with. The shoes exclusively feature FLEX Technology, a process that employs different densities of the polyurethane in each sole to maximize comfort and performance. FLEX Technology allows the shoe to bounce back with every step, providing a luxurious, cushy experience while offering wearers grip, traction and durability.

TOMO Vol. 1 colorways include Concrete, Stone, Forest and Sand, and the shoes are offered in men’s sizes 8 to 13, including half sizes. Customers can expect to receive their shoes in a box comprised of 100 percent recyclable materials for $89, and less than $100 total when shipped within the United States. 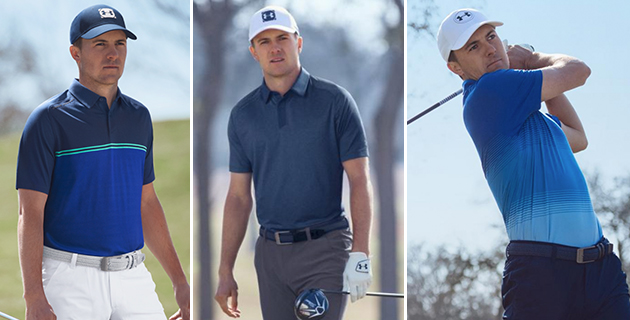 BALTIMORE, MD – With three Majors down in 2018, the world’s best golfers have one more chance to build on their legacies and win one of the highly coveted championships. For Jordan Spieth, winning the PGA Championship at Bellerive Country Club wouldn’t just be another Major victory; he’d become only the sixth golfer ever to complete the Career Grand Slam, having already captured the Masters (2015), the U.S. Open (2015) and the Open Championship (2017).

UA Threadborne Microthread technology in the fabric dries faster, won’t cling or chafe, and stretches without absorbing sweat thanks to 4-way stretch construction that moves better in every direction.

The knit jacquard texture on the front delivers added breathability, while the material’s 30+ UPF protects skin from the sun’s harmful rays.

To help Jordan perform at the highest level as he battles the elements and the competition at Bellerive, throughout the tournament he will be wearing the waterproof and super-durable Spieth 2 footwear, ultra-breathable UA Threadborne polos with +30 UPF protection, UA Showdown pants and the UA Playoff Polo. 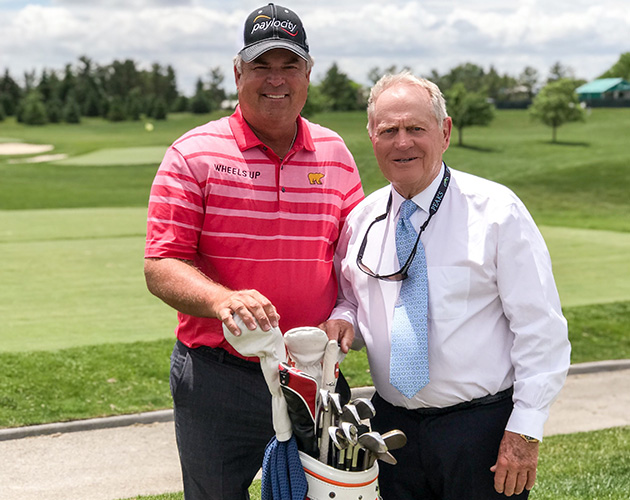 Buoyed by a third round 12 under par 60, Perry won the 3M Championship for the third time while capturing his 10th PGA Tour Champions tournament. “This golf course fits me to a T,” stated Perry. “It’s an honor, incredible to win here three times.”

“We are thrilled for Kenny’s recent victory and Jack Nicklaus’s Apparel first win on tour,” stated Andy O’Brien, senior vice president of marketing for the Nicklaus Companies. “Kenny is the ideal representative for Jack Nicklaus where our multi-functional apparel combines the latest in technically advanced fabrics, enhanced style and performance. We look forward to Kenny’s continued good play and further success.”