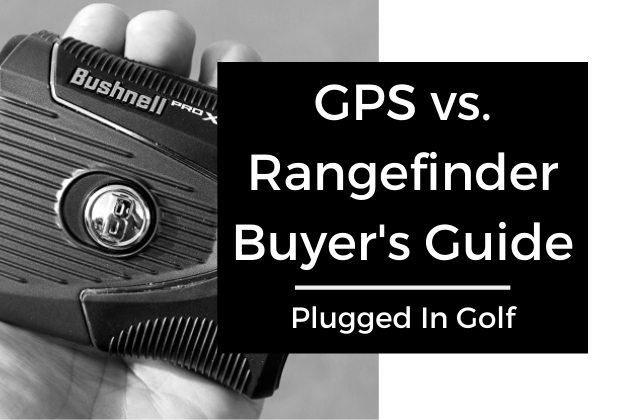 It used to be that only PGA Tour players, with their professional caddies and detailed yardage books, could expect to get precise numbers to the flag.  Regular golfers had to be content with yardages stamped on sprinkler heads and the occasional white stake.  Now, however, with GPS on every smart phone and plenty of companies making laser rangefinders, precise yardages are available to everyone.  The problem with so many choices is that it makes it difficult to pick the best option for you.  With that in mind, we bring you this simple guide to deciding between a golf GPS and a laser rangefinder. 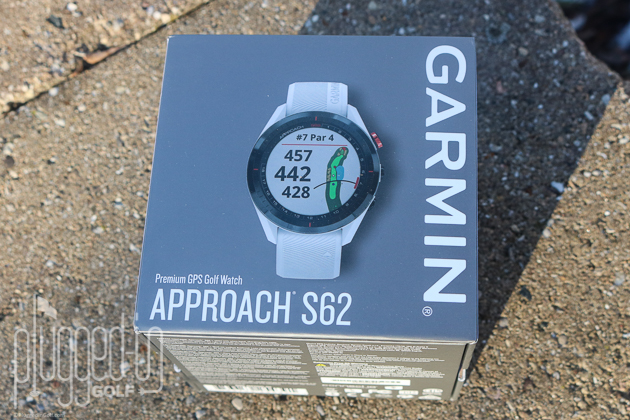 The biggest thing in favor of GPS is the cost.  There are dozens of golf GPS apps available for any smart phone, and many of them are free.  Standalone GPS units can cost as little as $100.  While there are certainly more expensive, full-featured options, the barrier to entry for GPS is practically nonexistent.

Another thing that makes GPS attractive is the wide array of forms that it takes.  You can get your yardages on your phone, on a watch, on a hat clip, or on a handheld unit.  This allows you to use whatever is fastest and most convenient for you.  For me, a GPS watch is easily the fastest way to play.

Finally, a full-featured GPS provides the most information.  The importance of this can’t be overstated, specially when you’re playing a course for the first time.  A GPS will not only give you the distance to bunkers and water, it will show you the hazards that you can’t see.  It also gives you information about the size and shape of the green which can be crucial for good course management.

The primary complaint against GPS units is accuracy.  While modern GPS units are a huge improvement over the originals, there are still times when the accuracy is not as good as a laser.  It’s also worth noting that, though many units display a movable flag, a GPS unit cannot give you a precise yardage to the flag.  This can be a good or bad thing, depending on your personality and course management style, but for players who want to fire at flags, a laser rangefinder is a must.

Another concern is that GPS units can only be used at courses that the company has mapped.  This isn’t the problem that it once was – almost every unit has tens of thousands of courses – but that won’t make you feel any better if the course you want to play isn’t available for your device.

Finally, GPS units can be difficult to use.  Again, they’ve come a long way in this regard, but there’s a natural tension between making a device easy to use and packing in more features. 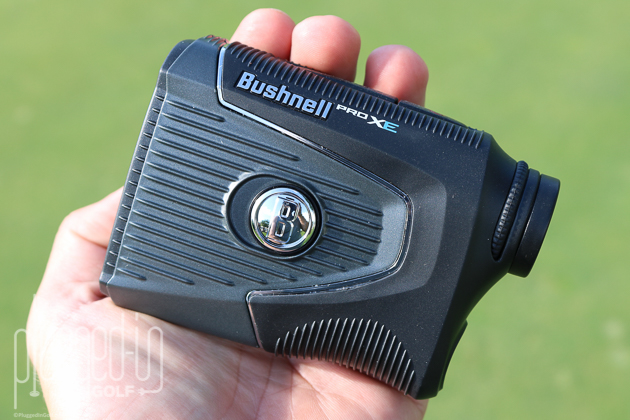 The single biggest reason to prefer a laser rangefinder is accuracy.  Every major rangefinder on the market is accurate to within a yard, and some promise accuracy to the half or tenth of a yard.

Another plus for lasers is that they can be used anywhere.  You can use a laser rangefinder at every course on the planet without worrying about downloading it in advance.  Lasers are also great on the range – you can verify that the flag you’re knocking down is actually 150 yards away and not 142.

The biggest hurdle for laser rangefinders is cost.  Even the most inexpensive laser rangefinder costs around $200.  While a good laser should last for years, some people will have a problem with laying out that kind of cash up front.

Another issue that some people have with lasers is pace of play.  Where a GPS will give you the yardages as soon as you get to your ball, a rangefinder requires you to take it out and aim it at the flag to get your number.  This is an even bigger concern for players with shaky hands.  Personally, I feel that playing with a laser rangefinder is still much faster than playing without one, but others do prefer GPS for pace of play.

Finally, a laser rangefinder can only give you yardages to things that you can see and “hit” with the laser.  A laser is best for knowing the distance to the pin, but it can’t reliably tell you the distance to the front, back, or middle of the green. 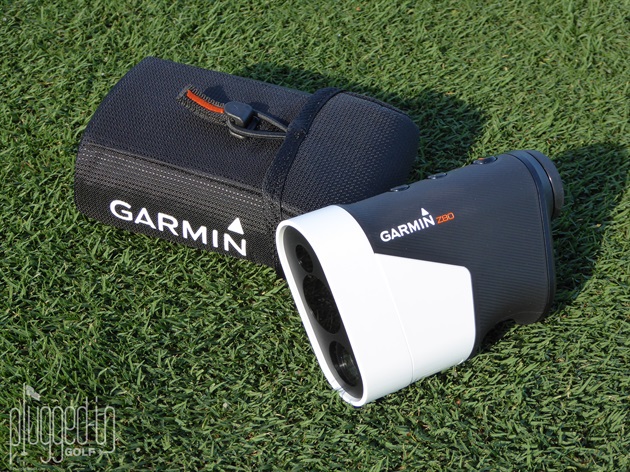 A new category has emerged in the last couples years: hybrid GPS rangefinders.  These devices look like laser rangefinders, but they include GPS features either on a side screen or right in the viewfinder as with the Garmin Z80 shown above.

These units have everything you could want.  They have the accuracy of a rangefinder, the ability to be used on any course, and they can target anything that you can see.  Additionally, they give you front, back, and center yardages plus the distances to hazards.  If you want maximum data for making course management decisions, this is the type of device that you want.

The biggest issue is cost: most hybrid units are around $500.  This should become less of an issue as more companies enter this space and older units become available at a discount.

Another issue is ease of use.  Because so many features are packed into one device, they can be difficult to manage.

Finally, as with a plain rangefinder, there can be pace of play issues.  For some players, more information means more time spent thinking about the perfect decision.  If you’re going to use one of these devices, make sure you’re fluent in its operation so you don’t hold up play.

Ultimately, the decision between a GPS unit and a laser rangefinder comes down to some personal preferences.  Is a laser’s dead-perfect accuracy worth the money?  Do you value the additional information a large screen GPS can provide?  Know that regardless of which option you choose, today’s golf technology will certainly help your course management.