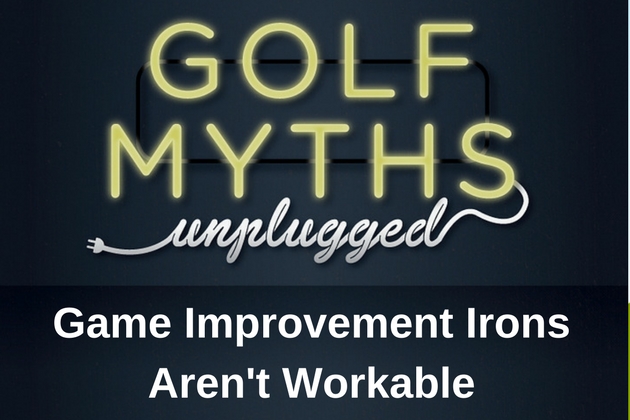 We recently debunked the idea that blades are easy to hit, and today we’re after the other half of the blade-players’ rationale: shaping shots is only possible with blades.  You hear this idea everywhere from the clubhouse bar to the online forums to the PGA Tour broadcasts, so we put it to the test to bring you the facts. 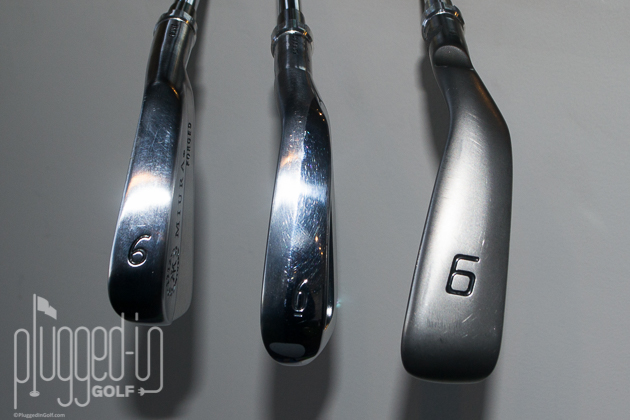 For this test, we brought together seven golfers.  Each one hit three irons – a blade, a players cavity back, and a super game improvement iron.  All irons were tested using the same shaft and were set to the same loft, lie, and swing weight.  Each player hit ten shots with each iron.  For this test, we only used the data from “pure” shots as determined by both impact tape and Trackman smash factor readings. 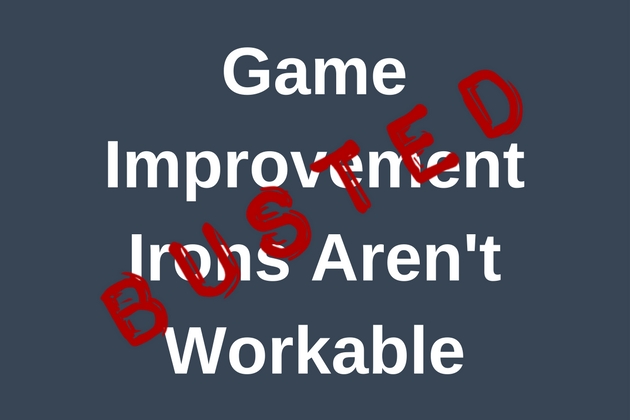 Before discussing the details of our findings, I want to be clear about what we were testing.  We wanted to find out if blades curved the ball more than GI or SGI irons relative to the face-to-path relationship.  As stated above, we only looked at shots struck in the center of the club face so as to minimize the impact of gear effect on our findings.

With that said, this myth is busted.  For every degree of face-to-path variance, the blade curved the ball 7.2 feet.  For the cavity back iron that number was 7.3 feet, and it was 6 feet for the SGI iron.  In short, no matter what kind of iron you’re swinging, the ball will curve when your club face deviates from your club path.

For those that would quibble about the difference between 7.2 and 6, I want to emphasize what an incredibly small difference we’re talking about.  Most people consider a functional face-to-path difference to be no more than 3 degrees.  With that in mind, you’d be claiming that the SGI iron is “unworkable” because its shot lands 3 feet or less from where the blade’s does.

While the data clearly shows that you can shape shots with an SGI iron, there are two other things to be considered when thinking about shot shaping.

First, you need to play an iron that allows you to manage the club face and face-to-path relationship.  Most of our testers use players irons, and that showed in the data.  We saw larger face-to-path variances with the SGI iron and poorer club face control in general.  This speaks to the importance of personal preference in club fitting.  Some players will manage a blade very well.  Others will create much better face-to-path relationships with a larger iron.  It’s important to find what works for you, and equally important to remember that just because something doesn’t work for you doesn’t mean it won’t work for others.

The other is controlling trajectory.  It is entirely reasonable to think that it is be harder to hit low shots with a club that has a very low CoG as most SGI irons do.  If flighting shots is an important part of your game, you may want to avoid wide-soled clubs with low centers of gravity.

It is our hope that our findings give you the freedom to choose the irons that will help you play your best.  You do not need to sacrifice forgiveness to shape shots – you just need to manage the face-to-path relationship.  The next time you’re changing our your irons, work with a qualified club fitter and trust the data, not the myths.