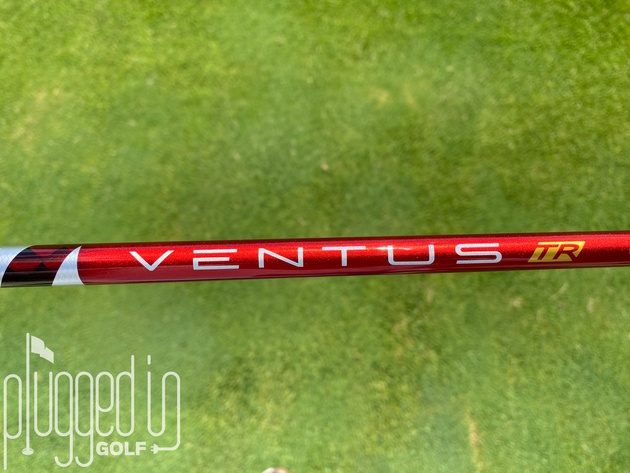 The Fujikura Ventus TR Red shaft has a smoother, more active feel than the other Ventus TR shafts, but it still has plenty of strength.  Killer looks.  Likely to be a surprise favorite for many players. 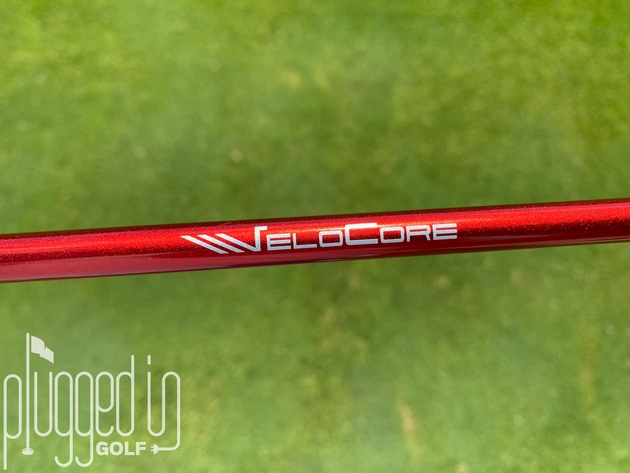 The Fujikura Ventus TR Blue [review HERE] was an immediate success because it gave a little extra strength to the original Ventus Blue.  Fujikura is using a similar formula with the new Ventus TR Red.  This will be perfect for the player that likes Ventus Red but needs something a little more stout. 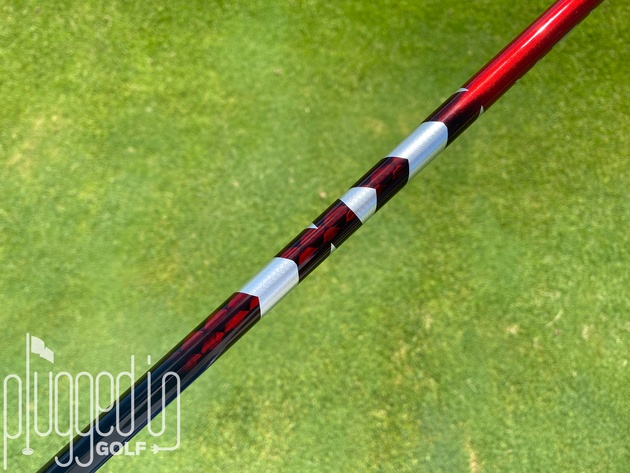 People may argue about which Ventus shaft performs the best.  No one will argue that the Ventus TR Red isn’t the best looking.  The fade from black to dark cherry to cinnamon red is stunning.  It’s made even more eye-popping by the subtle sparkle underneath. 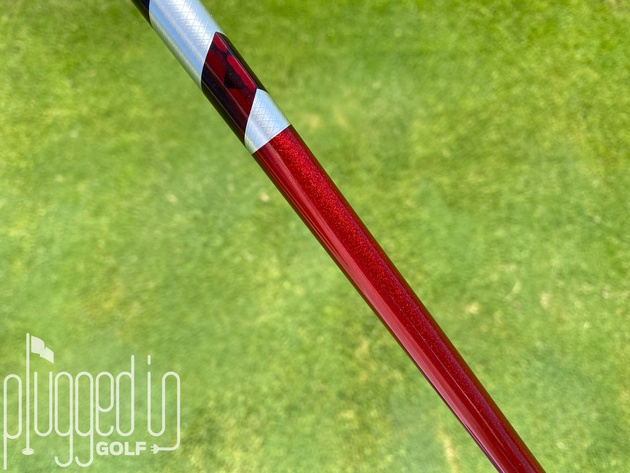 In terms of the branding and graphics, the TR Red falls in line with the other Ventus shafts.  There are silver graphics below the grip followed by the futuristic Ventus branding.  The VeloCore marking near the tip lets you know you’ve got the “real deal.” 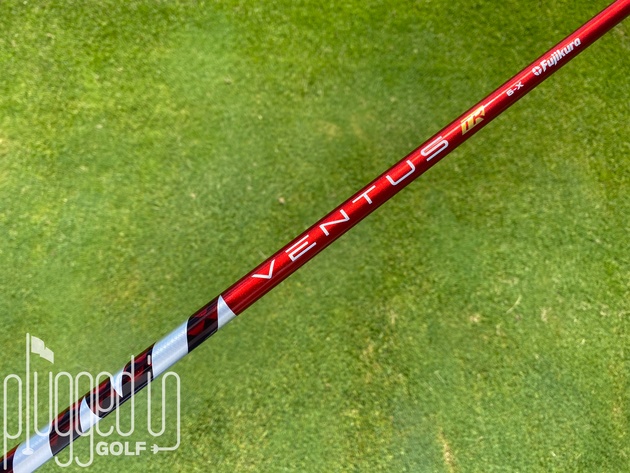 Having only passing experience with the original Ventus Red, I wasn’t sure what to expect from Ventus TR Red.  I found the very best combination I could hope for: a smooth, active feel that can stand up to a hard swing.

I felt the kick from the Ventus TR Red from the mid section down to the tip.  This meshes with Fujikura’s description of the TR Red as being “Ultra Stiff” in the handle and “Stiff” in the mid and tip.  Though the tip is softer than the other Ventus TR shafts, it doesn’t feel weak or twisty.  I also enjoyed that the TR Red didn’t require a big effort to activate – it loaded and kicked on every swing. 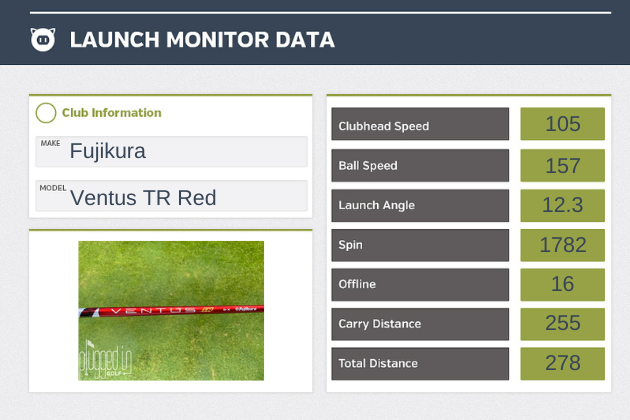 Even though the Fujikura Ventus TR Red is not a fit for me on paper, the feel made me want to give it a real chance.  I’m glad I did.  The results that I saw were better – and much different – than I expected.

Fujikura bills the Ventus TR Red as “mid-high launch,” and it definitely has that kind of feel.  However, for me, it launches and spins a bit lower than the Ventus TR Black [review HERE].  The reason is easy to see on the range: the TR Red produces a consistent draw, the TR Black a straight ball or small push.  It’s another example of why fitting on paper doesn’t work and how you need to try things for yourself. 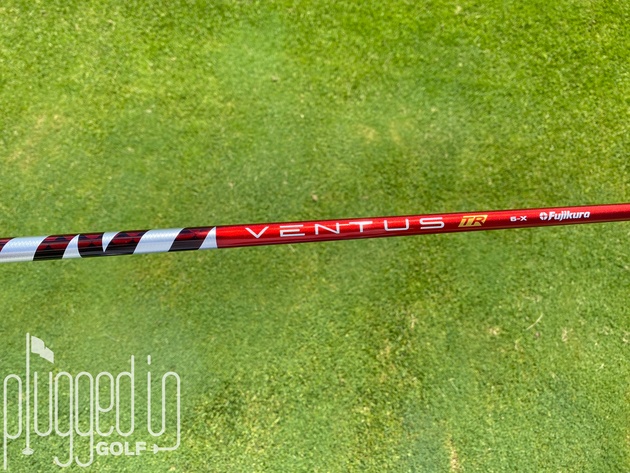 I found my best results with the Ventus TR Red when I let the shaft do the majority of the work.  When I got the “hit” out of my swing – somewhere around an 80% feel – I saw a slightly higher launch, a straighter flight, and the sensation of easy distance.  You can swing the TR Red hard – the tip is not weak – it’s just not the best use of this shaft, in my opinion. 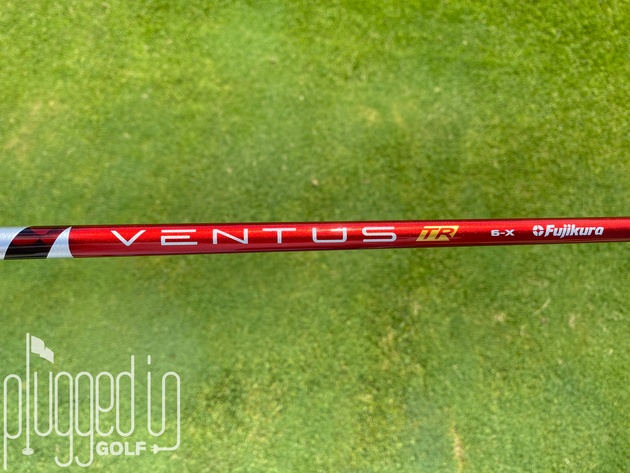 I’m going to close with a not-so-bold prediction.  Fujikura Ventus TR Red is going to win a lot of fittings in the next couple years.  Ego-driven golfers will overlook the “softest” profile in the Ventus TR family, but smart players are going to listen to their fitter, give it a try, and find fantastic results.