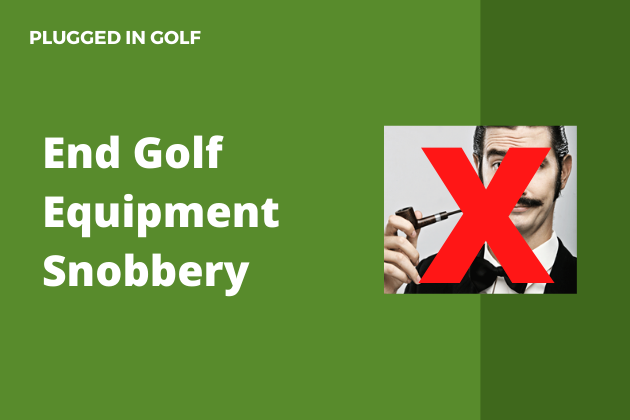 Snobbery in golf is nothing new, but lately it’s been top of mind for me.  I’m writing this because lately I’ve seen some readers (a very small minority, most of you are cool) on social media leaving snobby comments on our posts.

In the next few hundred words, I’m going to identify the two main types of snobbery I see in the golf equipment world and explain why we need to stop it. 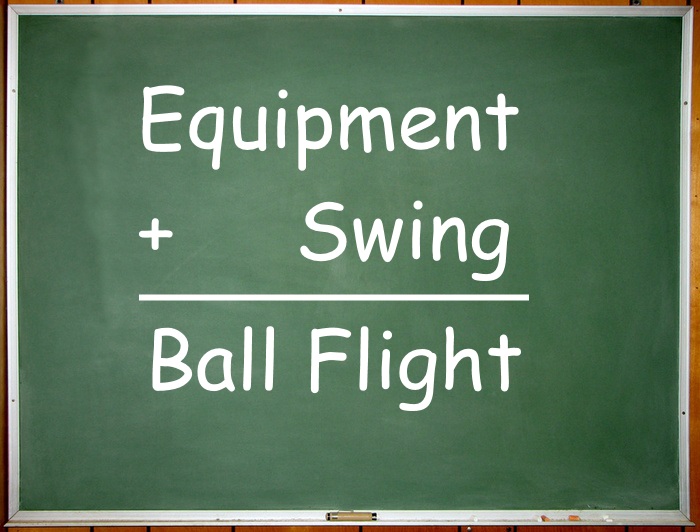 Those comments I referenced earlier?  If you spend any time on the forums, you probably know exactly the ones I’m talking about and where they’re left.  Any time that we review draw-biased equipment, some clown feels the need to say, “Why don’t you just fix your swing?”

Let’s examine that take for a second, and we’ll start by referencing the graphic above.  For every golf shot, for every golfer, since time immemorial, it has been true that the ball flight is the result of the swing combining with the equipment (club head, ball, shaft).  What this means is that every golfer, regardless of their handicap or skill level, is relying on the equipment to do something.

People seem to think that draw-biased clubs or forgiving clubs are somehow wrong or inferior but using an open-faced club, a fade-biased club, or a low-spin shaft is cool.  It’s the same thing.  I’m not suggesting that there aren’t talent disparities in golf, but regardless of skill, we play our best when our equipment matches our needs. 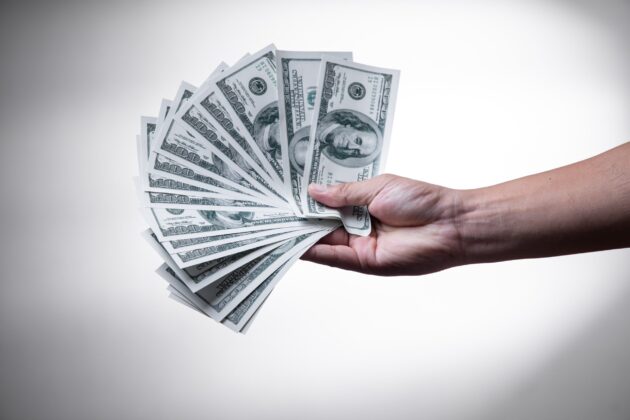 I recently got to see money snobbery in its purest form.  A golfer I was partnered with in a charity event leaned over, pointed, and said, “See, when they have a Top Flite bag I know they’re not a real golfer.”

While the “talent” snobbery is ugly, this is worse.  You’re telling me that you need to have an expensive golf bag to be a “real” golfer?  It makes me wonder how many people think that I, with my minimalist set, think I’m not a “real” golfer because I don’t have enough clubs in my bag.

There’s an interesting discussion to be had about what makes someone a “real” golfer, but none of it relates to money.  Some of the most impassioned golfers I know play clubs that are older than I am.  I played recently with a gentlemen hitting (and hitting well!) a 2-iron from the 1960s.  I dare anyone to tell him he’s not a “real” golfer.

Why We Need to Stop It

If you’re reading this site, I can assume you love the game and have derived joy and great life experiences from it.  What if someone had denied you that joy by driving you away from the game?  That’s what we do any time we employ this kind of snobbery.

Over the last few years, golf has seen a huge infusion of new players.  Whether you’re one of these new players or a seasoned veteran, at one point you made your first trip to the golf store, range, or course.  At one point, you were the person struggling fruitlessly against a slice.  For most of us, there was also a time when we didn’t carry brand name clubs.