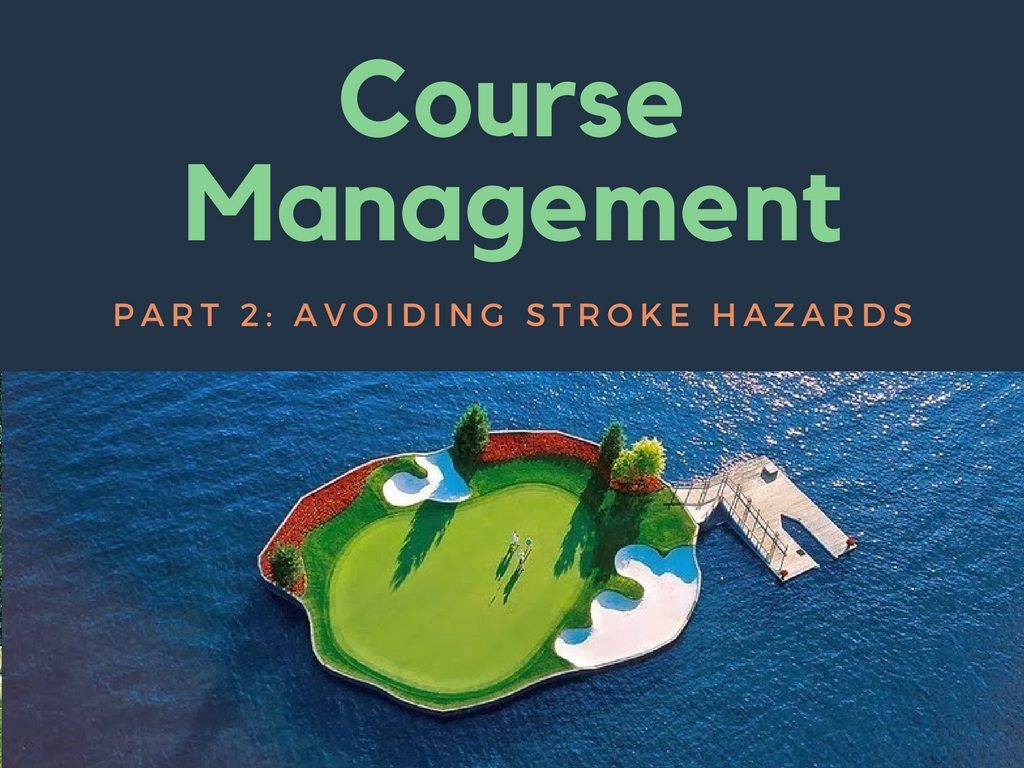 No More Blow Up Holes

One of the themes that I’ll keep coming back to in this series is: bogeys won’t kill you.  It was one of the main things I learned from my first golf coach, and it holds true.  Your score will only get truly ugly when you’re piling up doubles and triples.  Today’s concept will help you keep those big numbers off your card.

This Series Is For You If:

You want to shoot lower scores with the swing you have 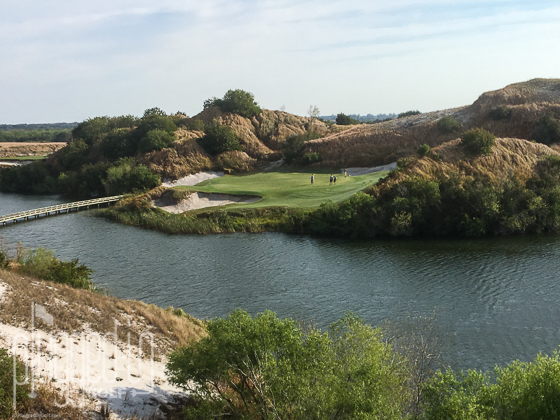 There are plenty of hazards on a golf course – rough, bunkers, trees, etc – but only two that are guaranteed to add extra strokes: water and out of bounds.

Even if you’re a poor bunker player, landing in the sand gives you the chance to hit a shot to the green and make a putt for par.  In contrast, if you drown your approach shot, your only chance of maintaining an unblemished card is to hole a shot that still has to clear the same hazard!

Similarly, a drive out of bounds puts you behind the eight ball.  You’re now re-teeing with your third shot and virtually no chance of par. 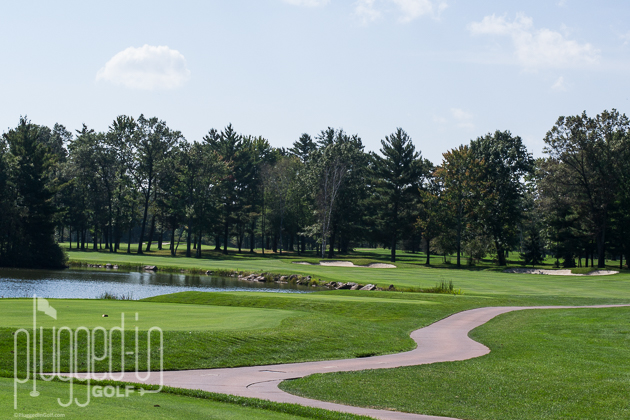 According to Scott Fawcett, whose DECADE system is a master class on course management, almost every tee shot has a landing area where there’s 60 yards between stroke hazards (water and OB).  That’s where you want to be.  This gives you ample room to miss without incurring a penalty.

Does figuring out precisely where that landing area is require some advanced scouting?  Yes, and Scott uses Google Earth for that.  Do you need to be that precise?  Probably not.  Look at the hole and see where the stroke hazards are.  If they appear to be less than 60 yards apart, play short/long of them, even if that brings lesser hazards into play.

I know that right now many people are rolling their eyes at how “boring” this strategy is.  I don’t disagree.  But if you want to shoot the best scores, this is the recipe.

Let’s think about an example to illustrate why.  The hole is a par 4, 400 yards, with a wide landing area between 240 and 250 yards but water left and right past that.  Let’s assume 240-250 is your 3W, and your driver goes 275-300.  If you played this hole with a 3W 100 times, you’d never hit it in the water, and you’d have 100 approaches from 150-160 yards.  From there you make par half the time and bogey half the time and no big numbers.  If you hit driver 100 times, your approach goes down to 100-125 yards, which may allow for more pars and birdies, however, you’re making bogeys, doubles, and triples when you hit it in the water.  Even if you hit it in the water only 10% of the time, the math strongly favors avoiding the water. 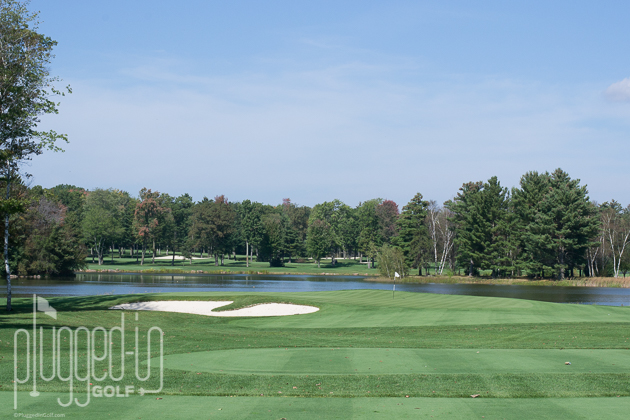 Avoiding OB typically isn’t an issue on your approach shot, so we’ll focus on water.  Of course, no one aims their approach shot at water, but many approaches end up wet.  Why?

One reason is that architects use other hazards to steer you towards the water.  Take a look at the hole above.  The most prominent feature is the bunker short and left.  Players may look at that and take an extra club to avoid it, not realizing that they’re bringing the water into play.  When you look at this hole, the priority is avoiding the water.  Relatively speaking, the sand isn’t a bad spot. 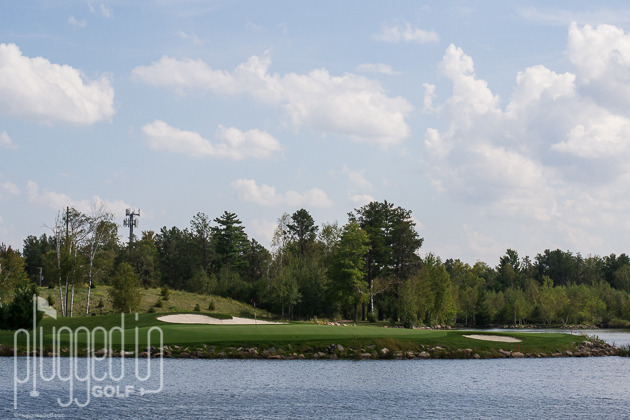 The other reason shots end up wet is because players want to aim at flags.  With a hole like the one above, too many players will use the yardage to the flag regardless of where it is on the green.  If that flag is on the front, you have a very slim margin for error.  If you play to that yardage, a small mishit will be wet.

The same concept applies when there’s water on the sides of the green.  If the flag is on the edge near water and you aim at it, a small error will end up wet.

Here’s the rule: ignore the flag, play to the center of the green.  This gives you some margin for error and will lead to lower scores.