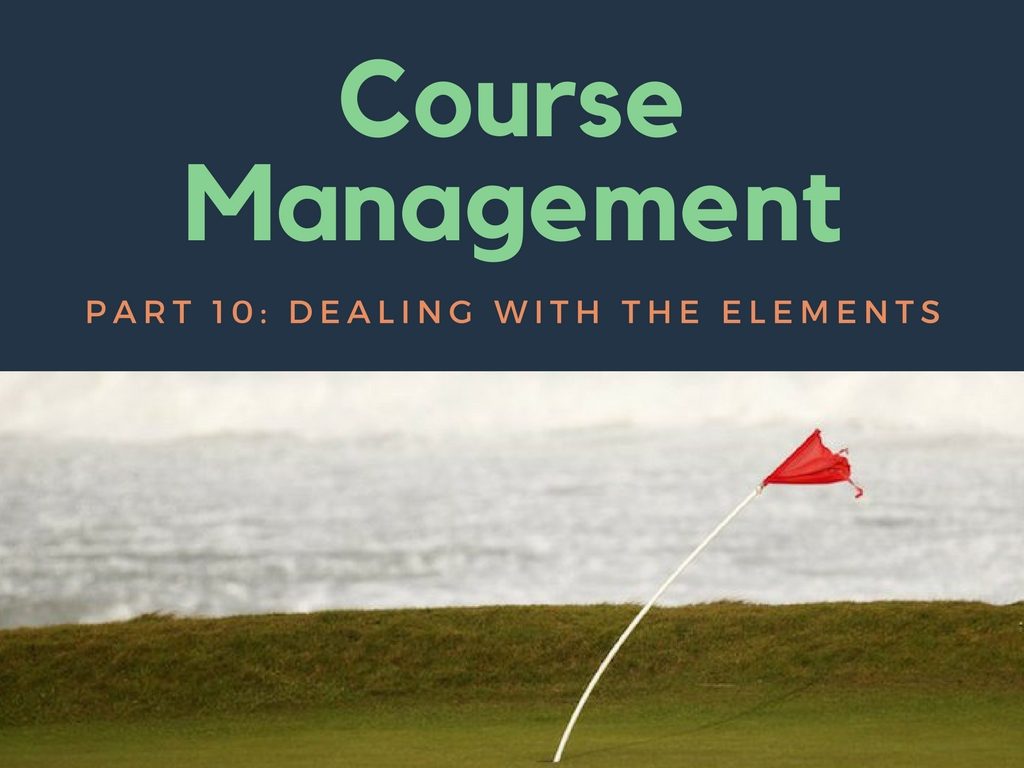 If we all lived in San Diego, this lesson wouldn’t be necessary.  Unfortunately, most of us see weather that isn’t 70 degrees and sunny at some point during the year.  In this piece, I’ll discuss how to get the best score possible when the weather isn’t cooperating.

You want to score better in bad conditions 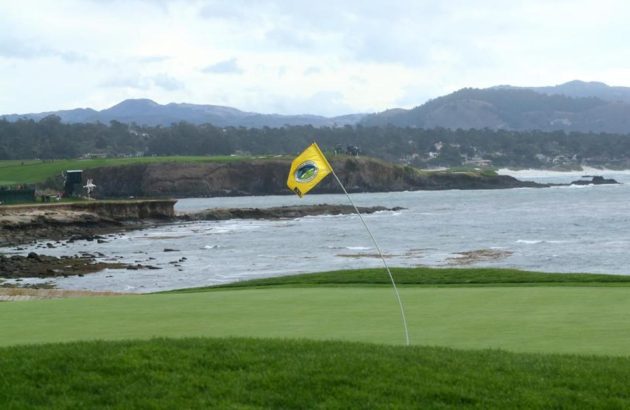 Playing in the Wind

The number one key to playing well in the wind is striking the ball pure.  There are times when the wind is going to win, but with a well-struck shot, you have a fighting chance.  If you’re hitting it fat, thin, heel, and toe, you have no chance.

You hear the analysts on TV say this every week when there’s wind.  The guys playing well are hitting shots with “integrity” that “burrow through the wind.”  The players who miss the cut often admit that they weren’t striking it well, and the wind had its way with them.

It’s unlikely that you’ll shoot your best score in sustained 25 MPH winds.  If that’s not ok, stay in the clubhouse.

There should be an entire wing at the Louvre for Pro Tracers of Tiger’s stingers.  That doesn’t mean you need to alter your “traj” when the breeze blows.

If you’re a high-end ball striker who has the ability to shape shots and control trajectory, yes, lower is better in the wind.  However, a purely struck shot on a normal trajectory trumps a badly struck bullet.

Don’t Be Conservative, Be Smart

The wind puts more emphasis on making good decisions.  You don’t need to be conservative, but you should get more committed to making the smart decisions that we’ve talked about throughout this series.  Stay well away from stroke hazards.  Pick targets that ensure GIRs.  The only difference is that those targets now need to account for the wind.

When the wind is blowing and you have less control over your ball, good angles are even more important.

With the wind blowing primarily in your face or at your back, you need to give yourself maximum room long and short.

In a crosswind, you will need to re-think your best angle of approach.  For example, if the wind is left to right, you may want to be farther right than normal so that you can aim farther left on your approach. 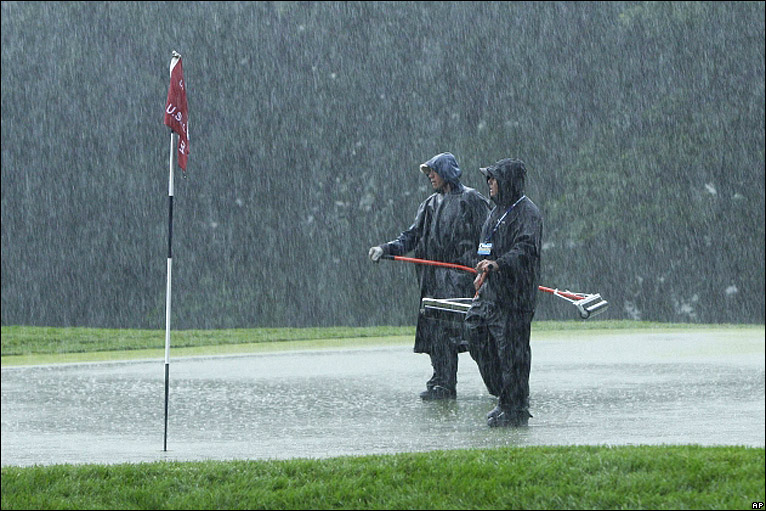 Playing in the Rain

You will not hit the ball as far when it’s raining.  There are many reasons: there’s no roll, the rain itself slows the ball, you’re probably wearing more clothing which inhibits your swing.  The bottom line is that you need to take more club and focus on making a clean strike. 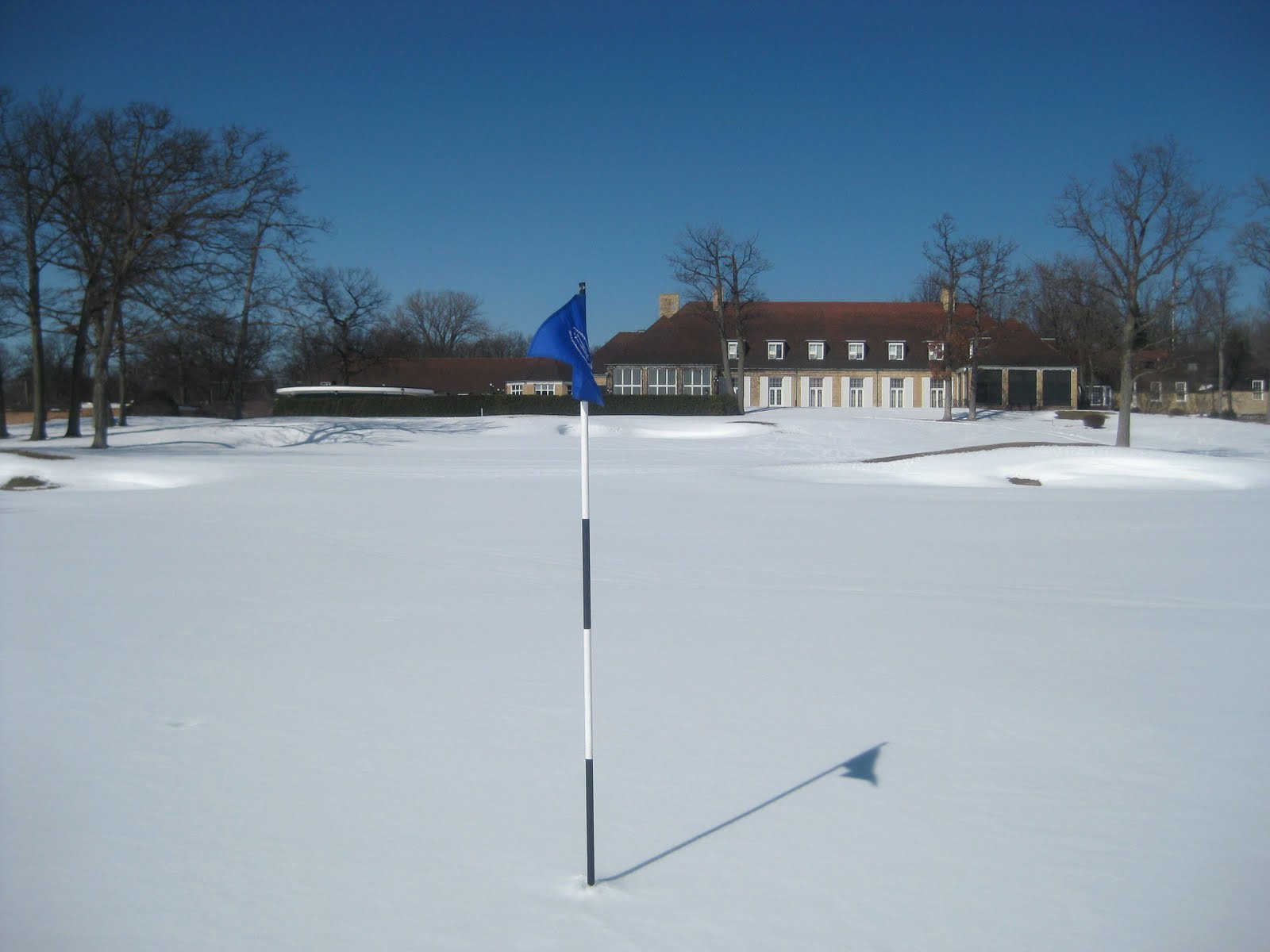 Playing in the Cold

The ball won’t fly as far when it’s cold.  The flip side is when the ground is frozen, the ball will run more.  This may mean that you have the same total distances, but you’ll need to be cognizant of where the ball will land: 150 yards in the air is not the same as 120 in the air and 30 on the ground.

As with the wind and rain, the biggest adjustments you’ll make are to your expectations and your route around the course.  I don’t know anyone who has shot their best score with five layers on, but you can still have a good time.  The key is to make sure you’re giving yourself ample room to run the ball to your targets.