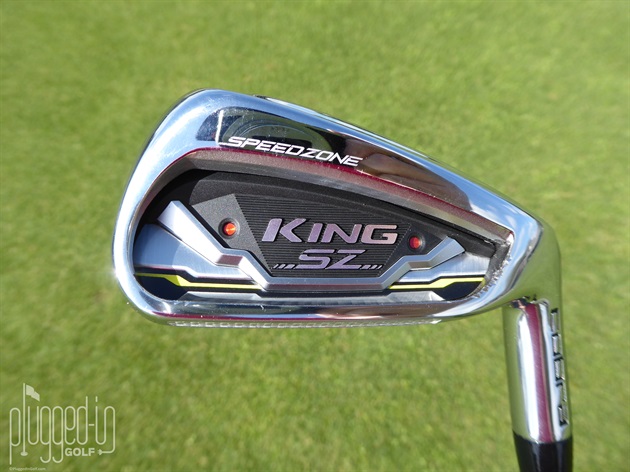 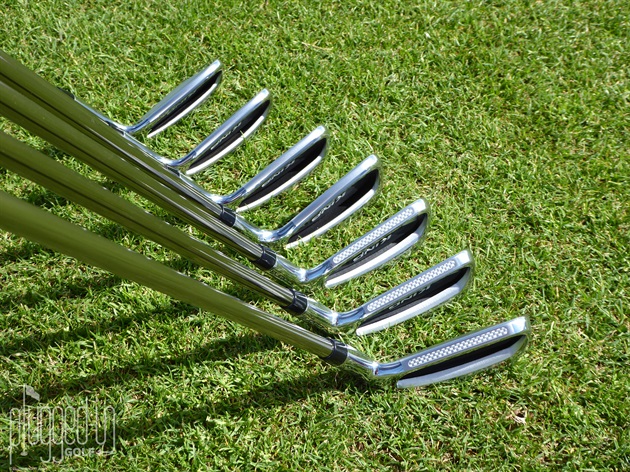 After many years of F series clubs, the “0” of 2020 required Cobra to end with F9 and begin new branding –SPEEDZONE.  Officially KING SPEEDZONE, the new irons show some family resemblance to the F9s and some performance features sound familiar.  There’s one feature that’s completely new however – the carbon fiber topline.  Keep reading to learn more about this “first ever” for Cobra. 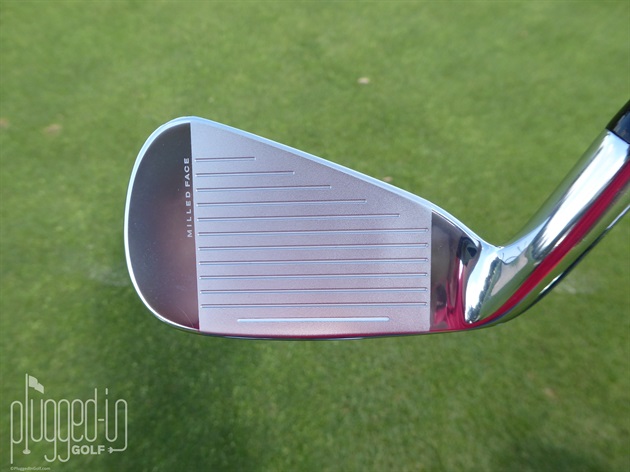 Let’s start with the carbon fiber insert on the topline, which is only on the 4 thru 7 irons.  For me it gives a high tech look, but it’s a bit distracting at address.  I showed it to several golfers and the responses ran the full range from love to hate.  Like many things that are different from the norm, time is often all that’s needed to get comfortable with it. 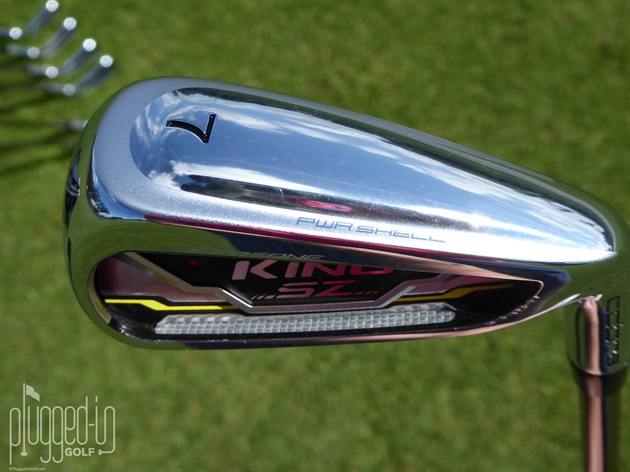 The soles of the SPEEDZONE irons are nearly identical to the F9’s with the elevated chrome center surrounded with the matte finish that blends into the PWRSHELL.  The cavity of the new irons is fairly typical of the category with bold branding located on an insert/medallion.  The face displays the fine details of Cobra’s milling in the hitting zone, but the polished chrome on the toe can be blinding when the sun hits it right. 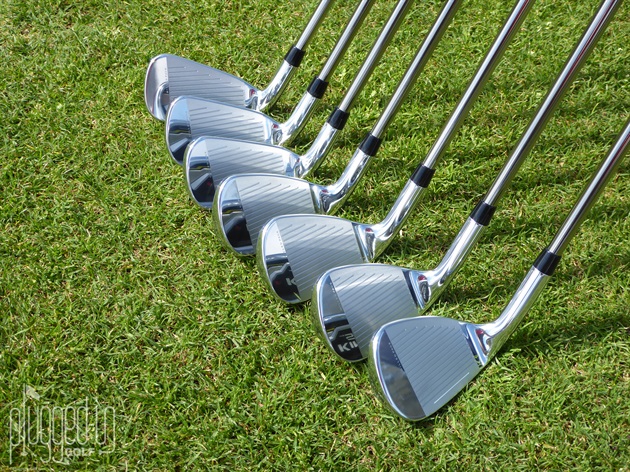 Cobra designers did a great job with the co-molded medallion in the cavity to produce a sound that’s a pleasant crack.  The overall sound is of moderate volume with the pitch slightly higher from the 7 iron up.

Similarly, the materials of the medallion (aluminum, TPU and acrylic) dampened the vibrations that my hands felt.  I could sense when I flushed one, but otherwise it was hard to discern exact strike location.  Club head stability on mishits was great.  From wedge through 8 iron, the face feel was crisp, while from 7 iron up, the feel was softer. 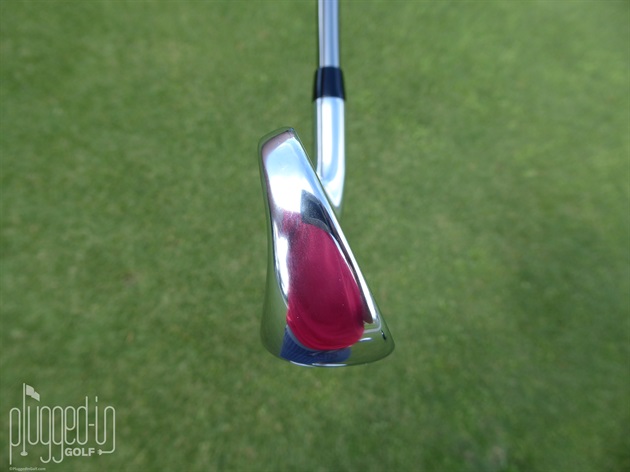 In a similar fashion to the SPEEDZONE drivers (reviews HERE), Cobra has broken down performance into four ‘zones.’  The medallion I described above constitutes the Feel Zone.  The carbon fiber on the topline comprises the Light Zone, which refers to the 3 grams of metal weight the inserts (there’s actually two strips on each iron) saved which was repositioned to lower the center of gravity [CG] of the heads.  Lower CG is also integral to the Stability Zone where, combined with the high MOI achieved with extreme heel and toe weighting, the irons exhibit great stability – even on mishits. 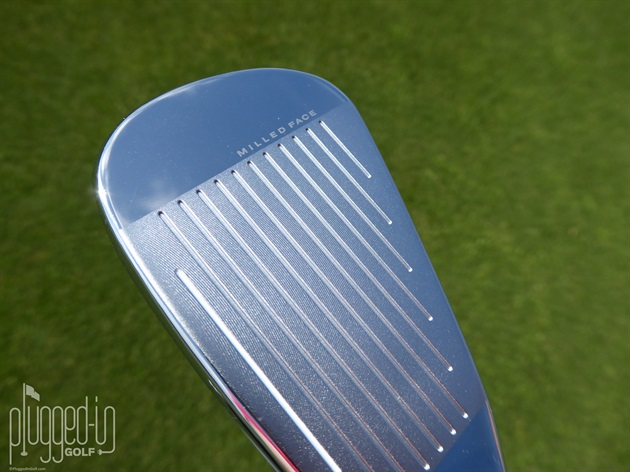 The fourth and final zone is the Power Zone, where the design goal for SPEEDZONE was enhanced ball speed across the face.  By utilizing their patented PWRSHELL technology, where the forged face wraps around the leading edge, Cobra was able to increase the sweet spot area by 35%.  Based on the consistently strong distances I observed, I’d say Cobra achieved their goal.

When I say strong distances, I’m talking about 10-20 yards more across the set.  Most of that can be attributed to stronger lofts – a full 2° more than the F9 7 iron as an example.  The low CG Cobra designed into the SPEEDZONE irons helped keep trajectories high, but landing angles were still a bit low.  Not surprisingly, spin was also on the low side. 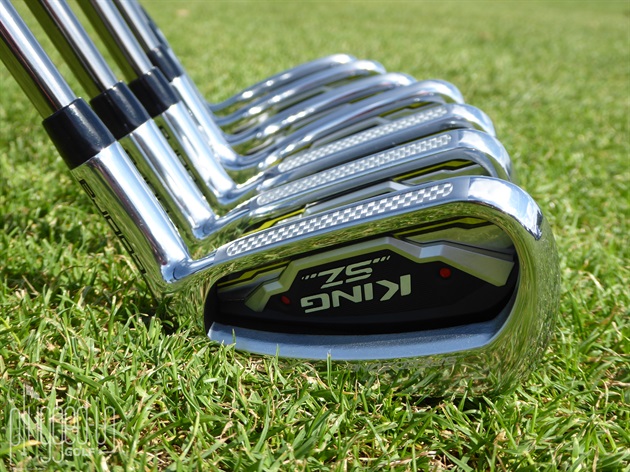 Strong lofts and low spin attributes make the Cobra KING SPEEDZONE irons great for golfers looking to maximize distance.  The enhanced forgiveness will also benefit players who struggle with consistent contact.  The distinctive topline may be off-putting for traditionalists.  Like all the clubs in the SPEEDZONE family, the irons come with embedded Arccos sensors in the stock Lamkin grips. 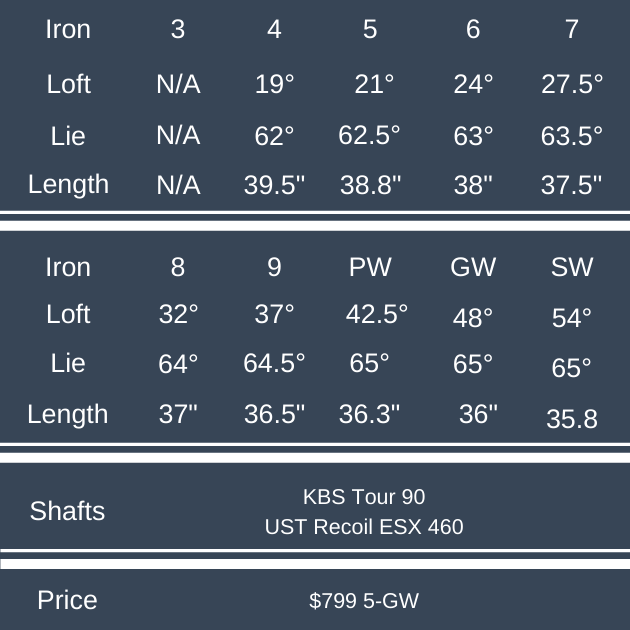