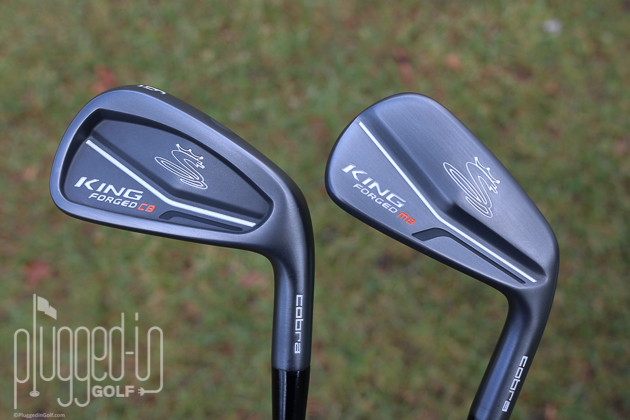 The Cobra KING Forged CB MB iron set is as close as you can get to Rickie Fowler’s gamers.  Precise muscle back short irons blend with forgiving cavity back long irons to create a better player’s dream set. 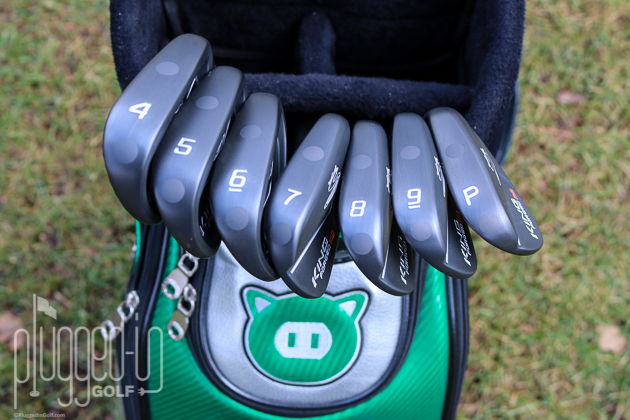 Rickie Fowler is one of the most sought-after endorsers in all of golf.  Go to any course and you’ll see kids (and some adults) in orange hats and pants because they want to be like their idol.  Now, Cobra is letting golfers take things one step further by offering Rickie’s irons at retail. 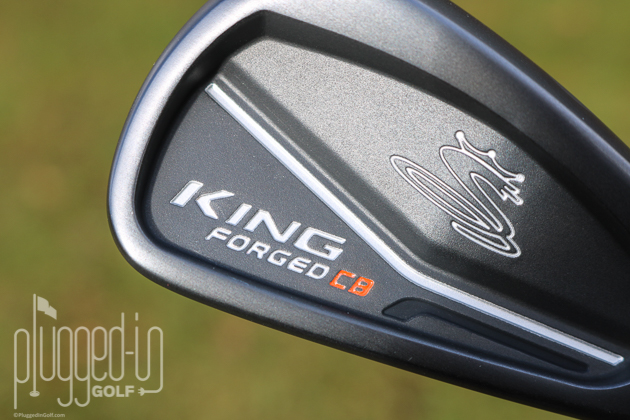 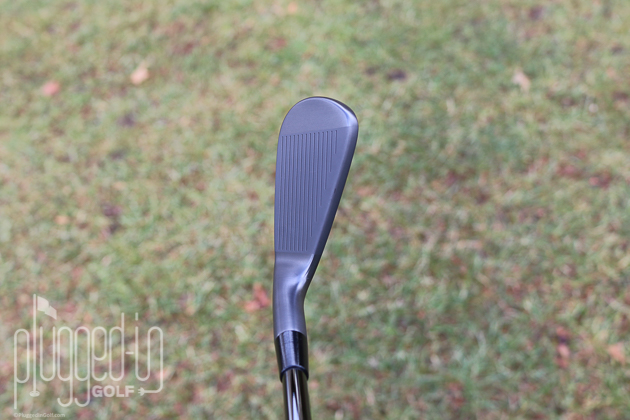 Whether you’re a fan of Rickie or not, it’s hard to deny that the Cobra KING Forged irons are some of the slickest looking clubs on the market.  What most sets them apart is the Diamonized Black Metal Technology finish.  This finish looks cool, reduces glare, and Cobra claims that it’s much more wear-resistant than typical black finishes. 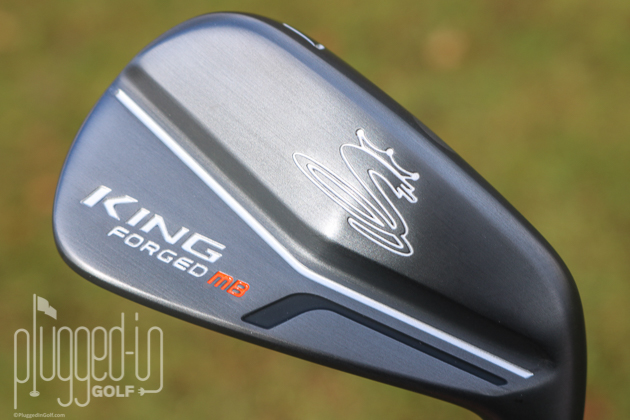 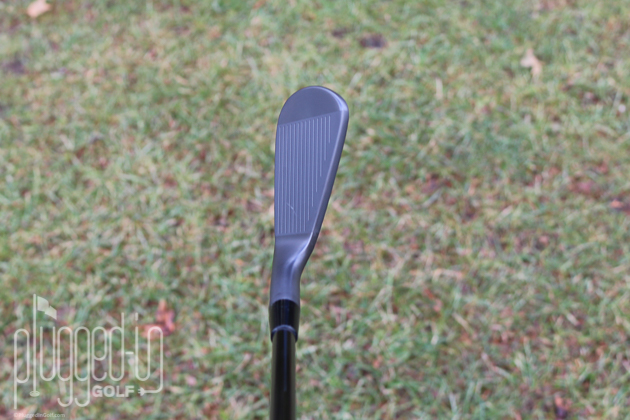 At address, these irons are compact and clean.  The top line is thin, though slightly thicker in the CBs.  The soles are thin, too, especially on the muscle backs. 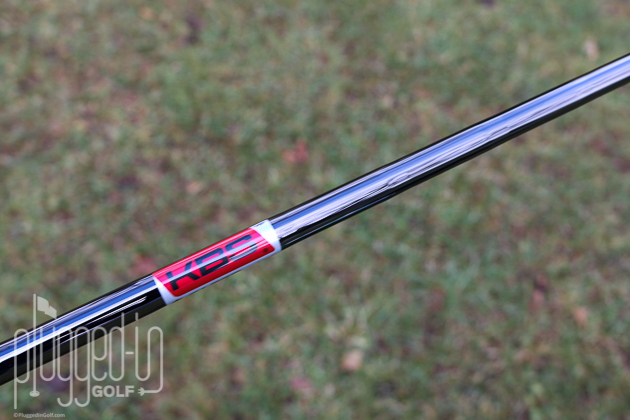 Finally, the looks of this set are further elevated by the shafts.  The stock shaft is KBS $-Taper in black.  Black iron shafts are far from the norm, so these enhance the Tour look of this set. 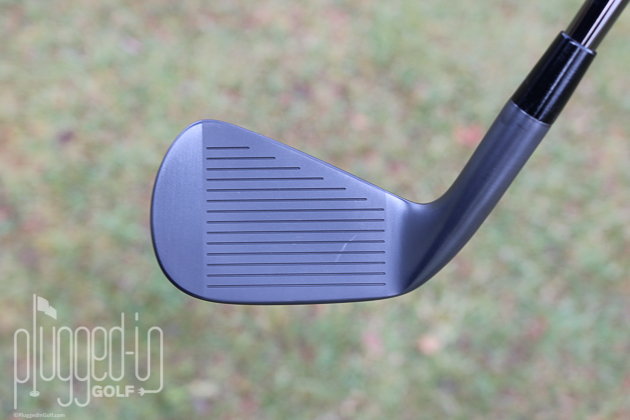 One of the primary reasons to game a forged players iron is the feel, and the Cobra KING Forged irons don’t disappoint.  On center, these irons deliver a crisp sound and feeling.  If you’re searching for that almost-mushy softness, look elsewhere.  The feel here is more lively.  Interestingly, the CB feels slightly softer on pure shots, though the difference is miniscule.

Feedback is precise through the hands, particularly with the MBs.  Unlike some other blades, mishits don’t sting the hands, though the feeling is firmer. 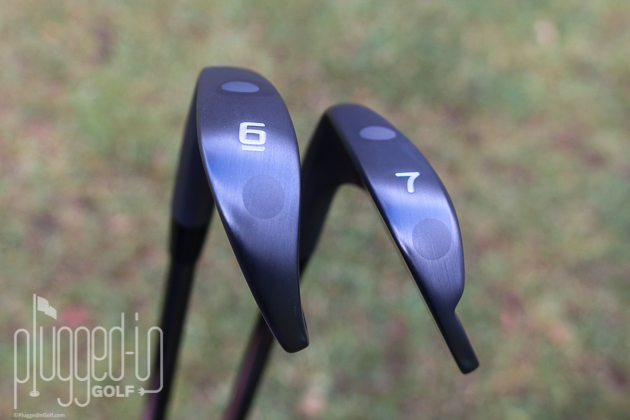 It’s rare to talk about technology in a blade or players cavity back, but Cobra has incorporated a unique feature into the KING Forged irons.  As you can see above, there are two tungsten weights in each irons – 6 grams in the sole and 6 grams in the toe.  This lowers the CG, places it in the center of the face, and raises the MOI.

Both the lower CG and increased forgiveness were immediately noticeable in my testing.  The ball launched easily to a surprisingly high trajectory, even in the long irons.  More impressive, shots that slightly missed the center weren’t punished the way they normally are with blades.  These benefits are achieved without losing the typical advantages of a players iron: trajectory control and great turf interaction.

One thing that surprised me was the small difference between the CB and MB irons.  Thanks to the tungsten weights in the MB, the forgiveness gap between the two iron types is not huge.  That said, I did find the extra size in the long irons to be comforting.

Finally, as always, I would encourage everyone to get fit for the right shaft.  This was my first significant encounter with the KBS $-Taper, and, at first, I was put off by the active feel.  When I got on the launch monitor, I found that the performance was outstanding – the easy launch was paired with low spin for long carries.  That said, many stronger players are used to stiffer shafts and may not want such a big change in feel. 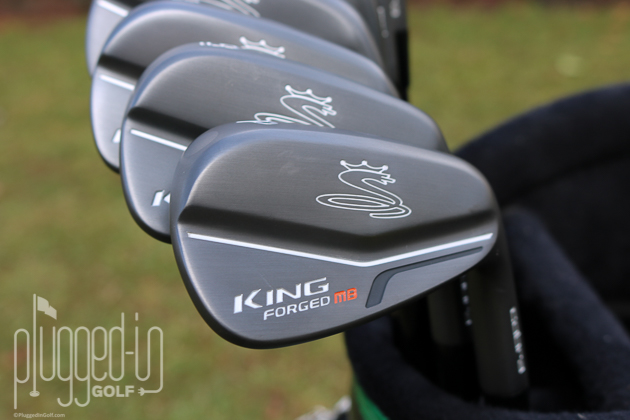 For any skilled player – fan of Rickie Fowler or not – the Cobra KING Forged MB CB irons are a dream set.  They have looks to kill for, excellent feel, and performance that exceeds most similar irons.  Make sure yours are fitted with the right shaft, and you’ll be on your way to a Tour quality iron game. 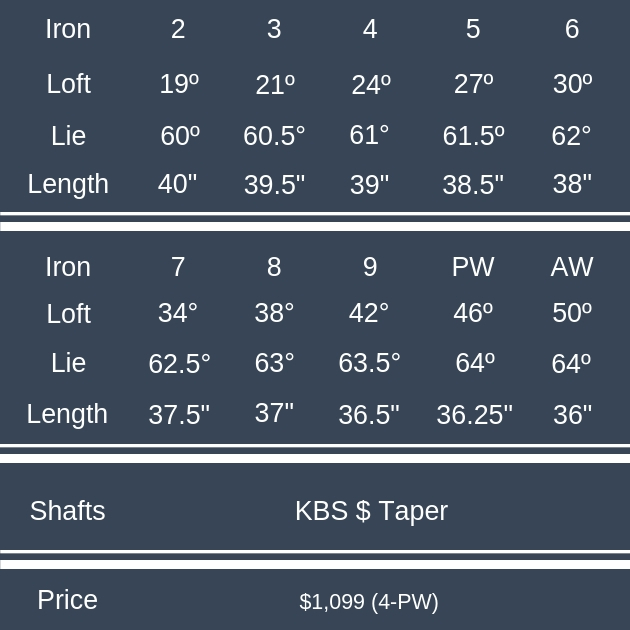