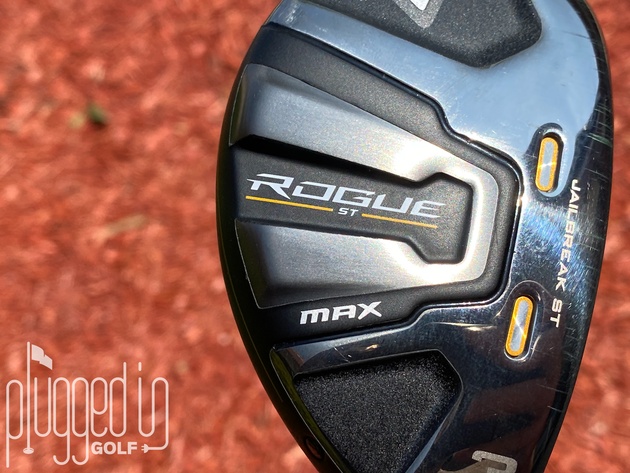 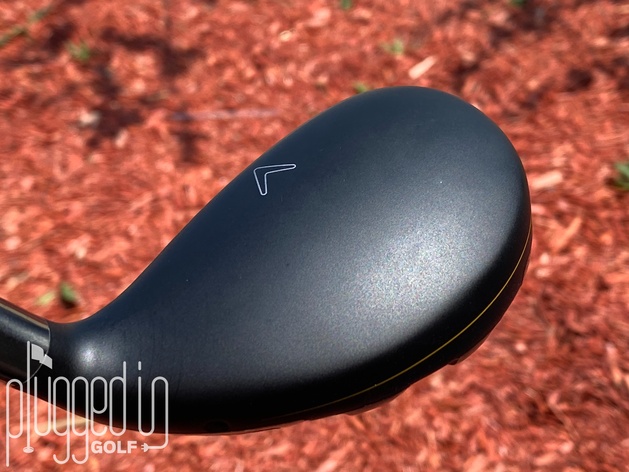 When hybrids were first introduced, their appeal was built on being “do anything” clubs.  In the last few years, we’ve seen more hybrids move toward specialization – distance, iron-replacement, etc.  The Callaway Rogue ST MAX hybrid is a bit of a throwback in that it can do a little bit of everything. 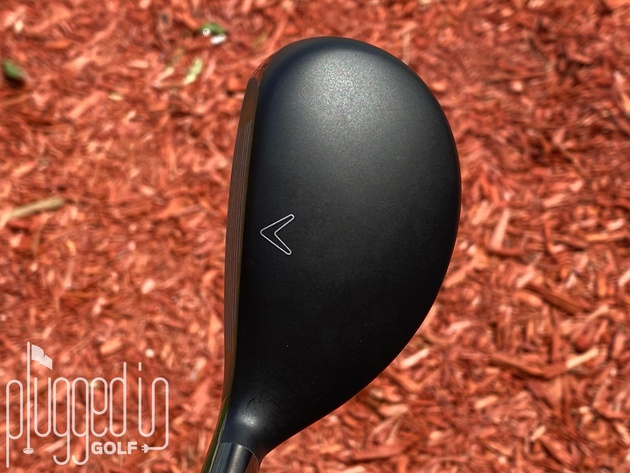 As you would expect, the Callaway Rogue ST MAX hybrid is noticeably larger than the Rogue ST Pro hybrid [review HERE].  This is mainly due to being longer from front to back.  The MAX is also slightly taller faced with a more squared toe.  Both are, however, similarly shaped in that there’s a touch more bulk to the toe side.

Comparing the MAX to the rest of the hybrid market, I would rate it as roughly average in size.  There is a little bit of offset, and it wants to sit a touch closed at address.

In the bag, the Rogue ST MAX is nearly identical to its brothers the Pro and MAX OS.  All three highlight their Jailbreak ST technology at the leading edge of the sole.  Additionally, each one slides its “Callaway” and “Rogue ST” branding in between taller segments of the sole. 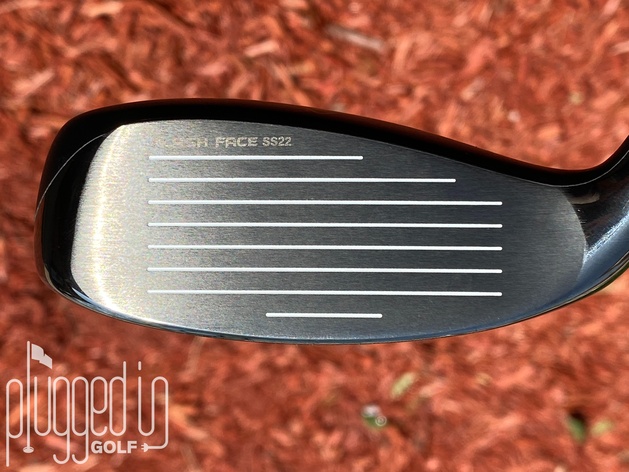 Interestingly, the Rogue ST MAX is significantly quieter at impact than the Rogue ST Pro.  Where the Pro has the sound of a fairway wood, the MAX has a mid-pitched “snap.”  I’d rate this sound as fairly typical for a hybrid, though it’s on the quieter side.

The feel of impact is fairly solid and fast.  It meshes well with the sound.  Overall, each strike makes you think the ball is going to be sent a long way. 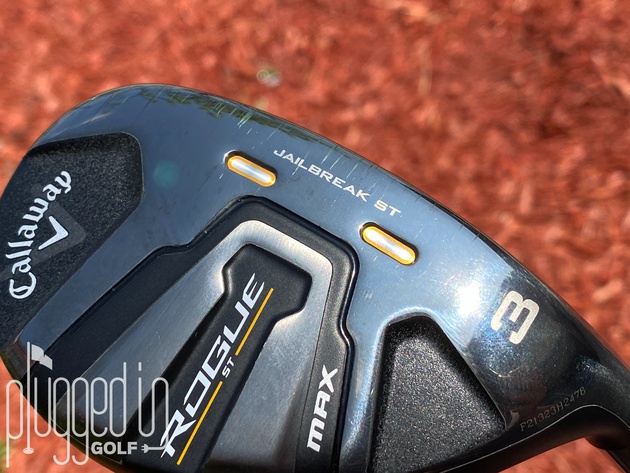 The Callaway Rogue ST MAX hybrid is billed as the longest of the three hybrids.  That starts with great ball speed.  Smash factors in the high 1.4s are routine with this club.  That speed can be attributed to the AI-designed face and the new Jailbreak system.  Both of these technologies also fuel the strong forgiveness.  There is a noticeable improvement in consistency in the MAX over the Pro.

In addition to being more forgiving than the Pro, the Rogue ST MAX hybrid is also higher launching.  That fuels both longer carry distances and softer landings.  The MAX is slightly higher spinning than the Pro, but it’s not a high-spin club overall.  I would rate it as mid spin, leaning neither too far toward distance or stopping ability.

Overall, Callaway hit the nail on the head when they touted the “all-around performance” of this club.  It’s long, but it’s not a pure distance hybrid.  It can hold a green, but it’s not a pure iron replacement.  The shaping makes it comfortable off the tee and the turf.

Comparing the Rogue ST MAX hybrid to the other Rogue ST hybrids reveals that it’s the middle child in most ways.  It’s “mid sized,” not “over sized” or “compact.”  Per Callaway, it has a semi-draw bias which fits between the neutral flight of the Pro and full draw bias of the MAX OS [review HERE].  The MAX does align with the MAX OS in being high launching with mid spin. 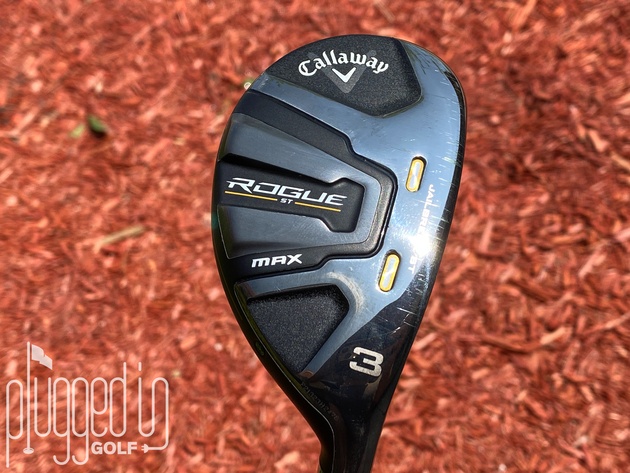 If you’re looking for a hybrid that has all the best technology but isn’t focused purely on the distance, the Callaway Rogue ST MAX is for you.  This club can replace your long irons, hold a green, and also bomb it into the green on long par 5s.  Get fit for the right loft and shaft, and you’ll have a flexible long range weapon in your bag. 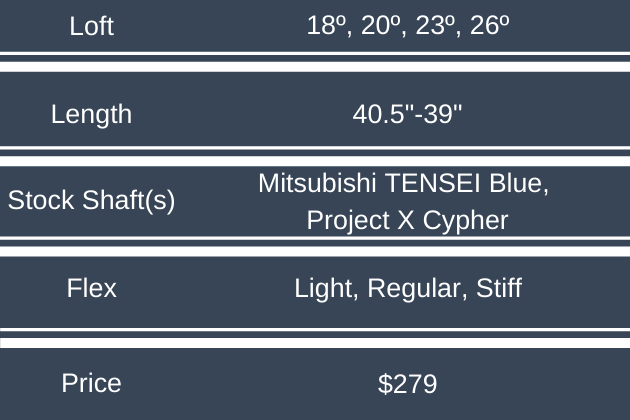