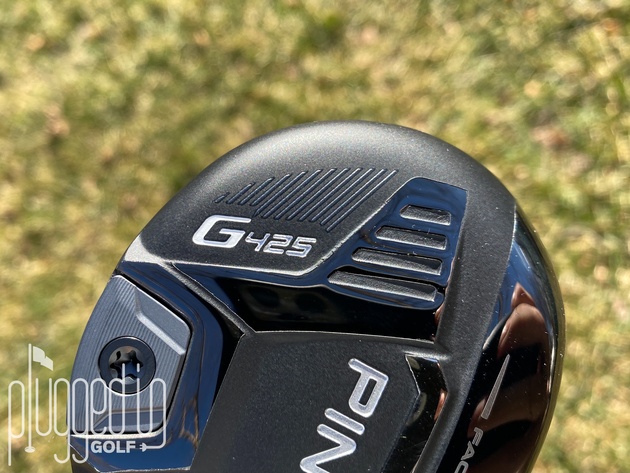 The PING G425 hybrid may be the most consistent hybrid on the market.  Great shape and excellent feel.  Strong ball speed. 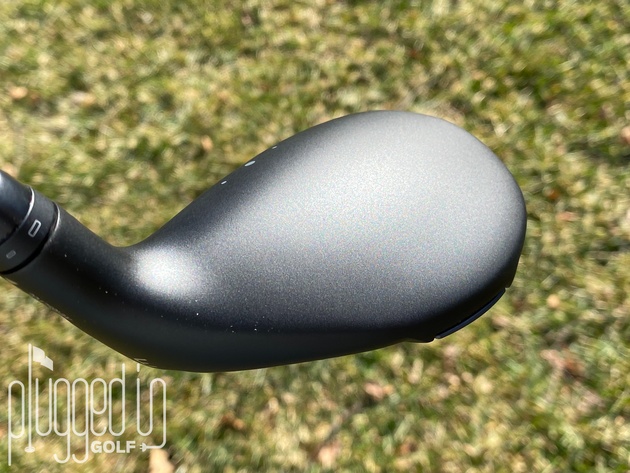 For the last several generations, PING hybrids have been the happy medium, the club that can do a little bit of everything.  With the G425 hybrid, that versatility is joined by unbelievable consistency and superior ball speeds.  It may be the last hybrid you ever need. 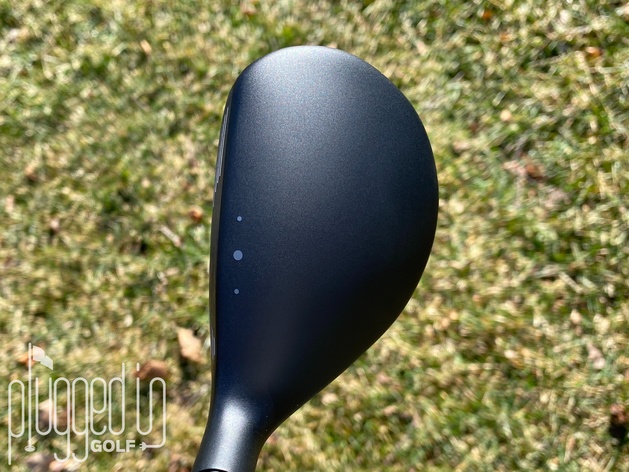 At address, the PING G425 hybrid takes an aesthetic departure from previous PING hybrids and the other G425 woods by ditching the turbulators.  This will be a welcome change for some, but as a longtime PING player, I’ve come to like them.  Replacing the turbulators is a new three dot alignment feature, which, to my eye, sits slightly toward the heel.   What hasn’t changed is the matte black crown which remains my preferred look at address.  In terms of size, the G425 hybrid is average with a slight pear shape.  The face is just a touch taller than average.

When I flipped the G425 hybrid over, I had a flashback to the Anser hybrid from a few years back.  The black and silver color scheme combined with a strong, geometric design looks fantastic.  A lack of color can be drab or it can look very cool, and this is the latter. 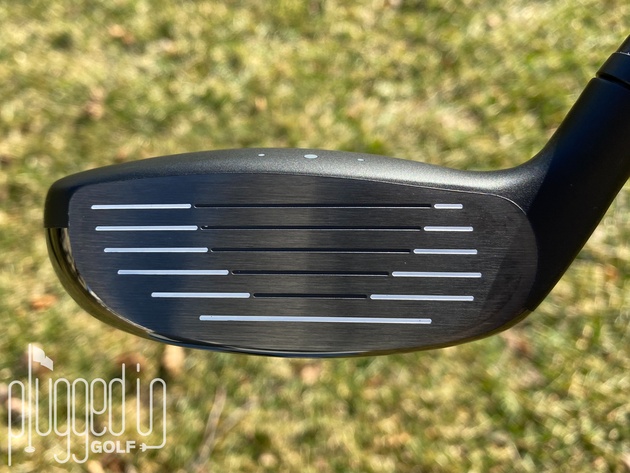 A lot of hybrids opt for a thin, explosive feel more like a driver.  The PING G425 hybrid chooses the opposite path with a feel that’s incredibly solid and satisfying.  This strong feel is complimented by an impact sound which is mid-low pitched and rich.  There are no metallic notes anywhere – it’s almost iron-like.

Feedback from the G425 hybrid is good.  The sound doesn’t change much on mishits, but it’s easy to locate impact through your hands. 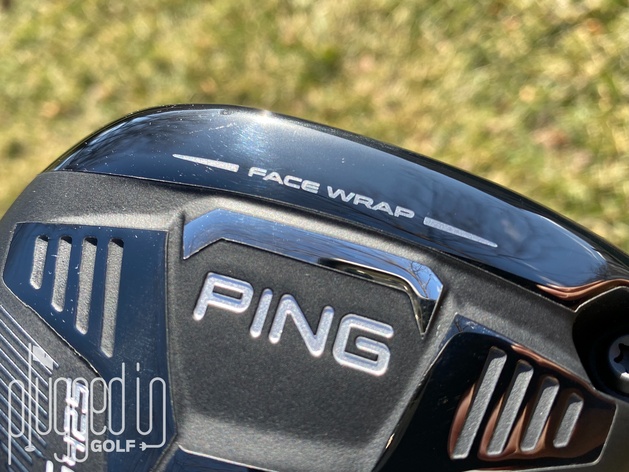 Almost everything in PING’s marketing of the G425 hybrid points to one thing: consistency.  In fact, they even invented a new term (which they also apply to their fairway woods) – Spinsistency.  This is more than just idle talk because, based on what I’ve seen, the PING G425 hybrid is the most consistent hybrid on the market.

Let’s start with spin.  If you’ve spent any time on a launch monitor with a hybrid – or if you’re a careful observer of ball flight on the range – you’ve seen spin rates jump all over the place.  On a thin shot, the spin rate jumps to the moon.  High face impact might launch a knuckleball.  In extensive testing, I saw none of that with the G425.  Swing after swing this club produced spin rates that I found ideal – low enough to go long with a strong flight, high enough to hold the green.

Similarly, the G425 hybrid launched almost every shot onto a medium trajectory.  You can opt to flight your shots higher or lower, but the default is a shot that flies just above a well-struck long iron.

While I was impressed with the level of consistency, it wasn’t shocking to me that the G425 was forgiving.  What surprised me was the high end ball speed.  Though this isn’t fair – the G410 hybrid was quite long – I’ve never viewed PING hybrids as distance monsters.  Opinions aside, there’s no denying that the ball speed in the G425 is elite.  Even players like me who use their hybrids in place of fairway woods should give the G425 a look. 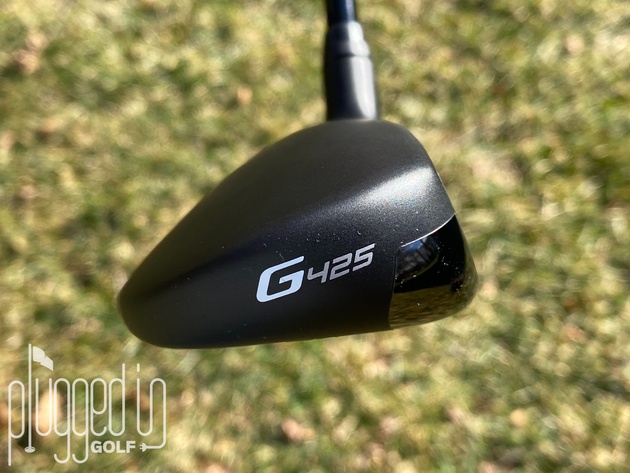 Like its predecessor, the G410 hybrid [review HERE], the G425 hybrid is adjustable at the hosel.  There are eight positions on the adapter which allow you to change the loft as much as 1.5 degrees up or down and flatten the lie angle 3 degrees. 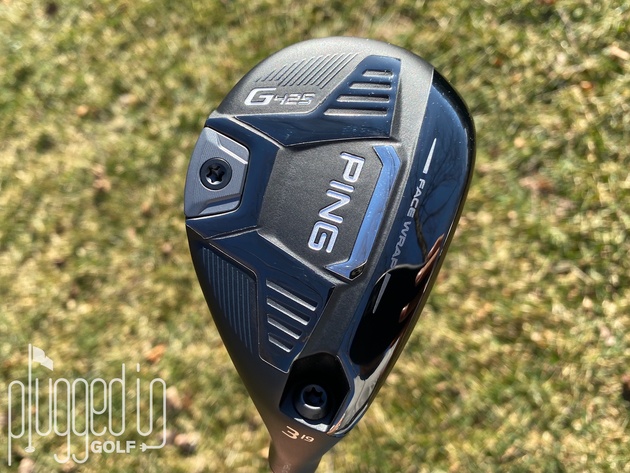 I didn’t have any intention of replacing my hybrid in 2021, but the PING G425 hybrid has me rethinking my plans.  This club is incredibly easy to hit, remarkably consistent, and it has the ball speed and distance to hang with almost any other hybrid.  Get fit for the right loft and shaft and the long game will become a lot easier. 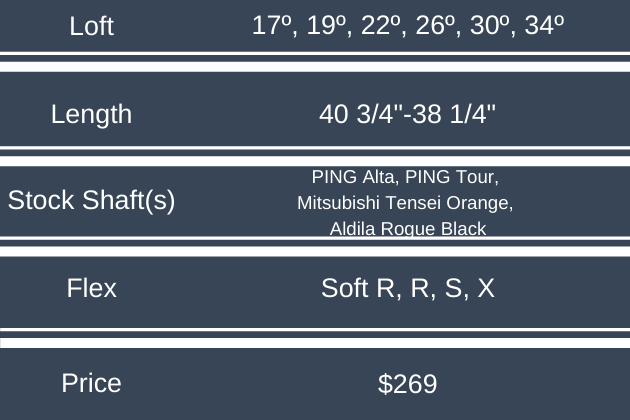