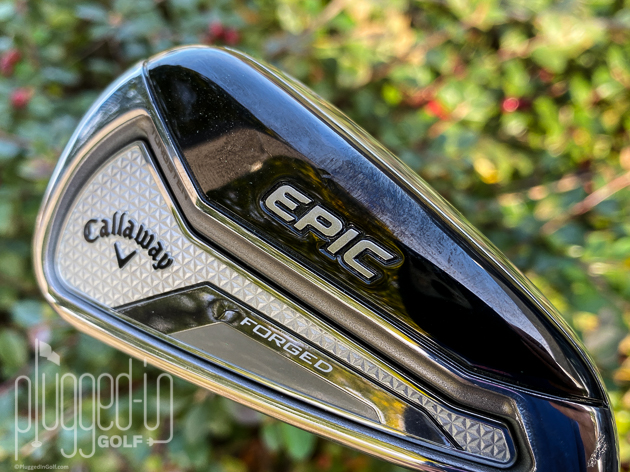 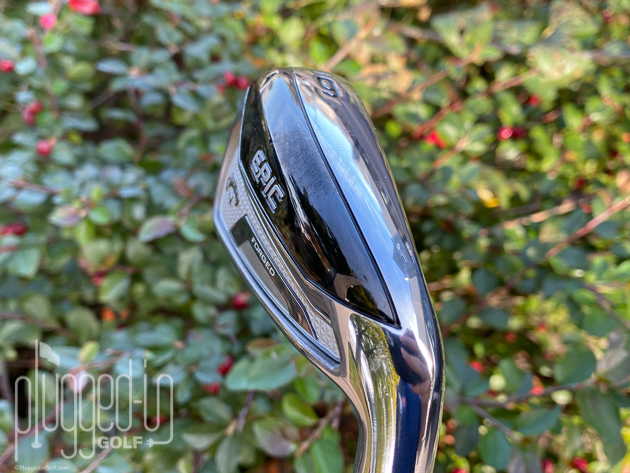 The fall of 2019 has brought a steady trickle of new clubs from Callaway, including their new premium iron, the Epic Forged.  With a price tag that blasts through the $2,000 barrier, it’s fair to ask, “What makes them that premium?”  I tested them in an attempt to answer that question. 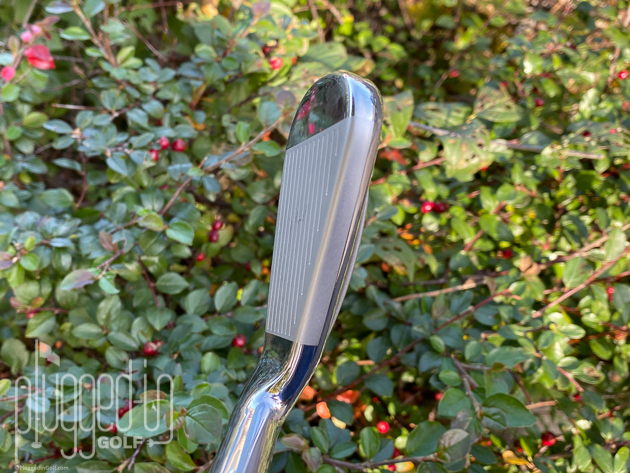 When I started reading up on the Callaway Epic Forged irons, “compact” was not a word I expected to use when describing the look.  Then I got one in hand, set it down behind a ball, and compact was the word that seemed to fit.

The design of the Epic Forged is a master class in hiding bulk.  This is objectively a big, thick iron, but the modest offset and dual finishes make it look smaller than it is.  If you’re looking at the thick top line and thinking, “Matt, you’re off your rocker calling this compact,” I challenge you to go see one in person.  I think you’ll be pleasantly surprised. 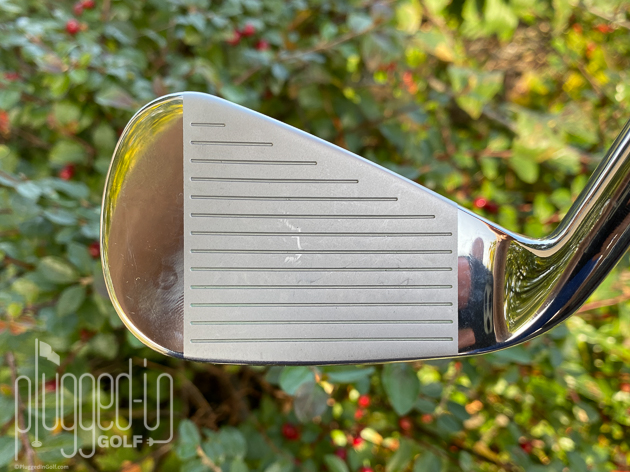 The word “crisp” appears in my notes multiple times, so we’ll start there.  When struck well, the Callaway Epic Forged irons sound and feel crisp.  The ball snaps off the face with purpose, leaving a satisfying feeling and the sense that the ball is going to end up very far away.

That crispness is paired with another C word on mishits: clunky.  When you wander out of the sweet zone, impact sounds disjointed.  Mishits don’t sting, they just lack the reward of the pure shot. 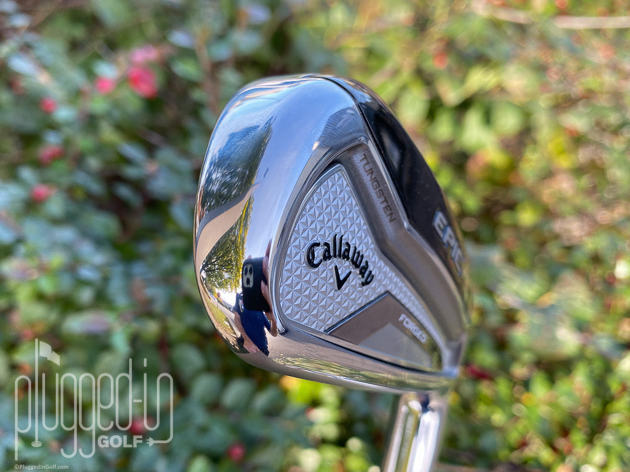 Before anyone runs to the comments to point this out, I’ll say it: the lofts on the Epic Forged irons are crazy strong.  I don’t think there’s a set of irons with stronger lofts, though there are plenty that are close.  Yes, this may cause distance gap issues for some players, but, again, the same can be said for many modern sets.

All that said, the performance of the Epic Forged irons is outrageous.  In my launch monitor testing, I was routinely seeing smash factors of 1.45 – a number usually reserved for drivers and fairway woods.  Ball speed was sky high and the distances were huge.  And this is not just about the lofts, as we discovered in a recent Golf Myths Unplugged (read about that HERE).

Two other performance elements merit conversation.  First is the low spin.  Low spin is becoming a given for modern distance irons.  Part of this is the result of the strong lofts, part is the location of the center of gravity.  Callaway states that the Epic Forged irons are their first to use a Suspended Tungsten Core to precisely locate the CG.  Whether this low spin is good or bad depends on the player, and it makes being fit very important.

Finally, the Epic Forged irons are extremely forgiving.  Shots low on the face elevate easily.  Shots on the heel and toe retain plenty of ball speed and distance.  For ease of use, few irons are in the same category as the Callaway Epic Forged. 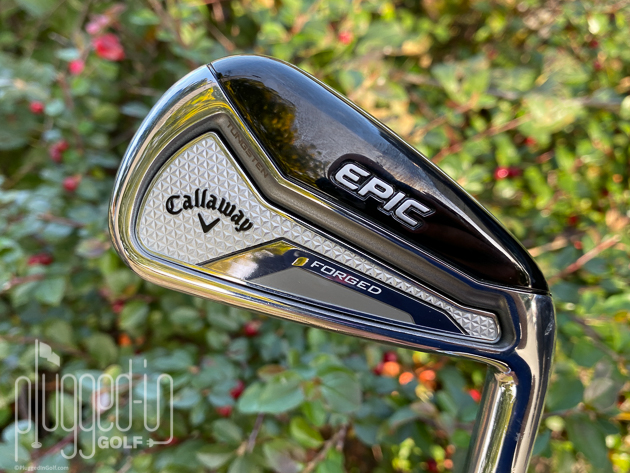 The price tag on the Callaway Epic Forged irons may be eye-popping but so is the performance.  There are legitimate technological advancements here that produce insane ball speed, distance, and forgiveness.  If you have the means, see a qualified club fitter about tuning a set to your swing. 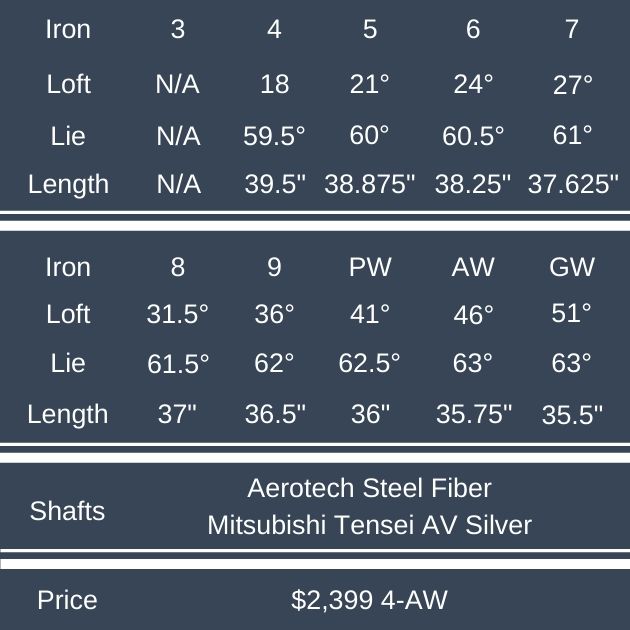