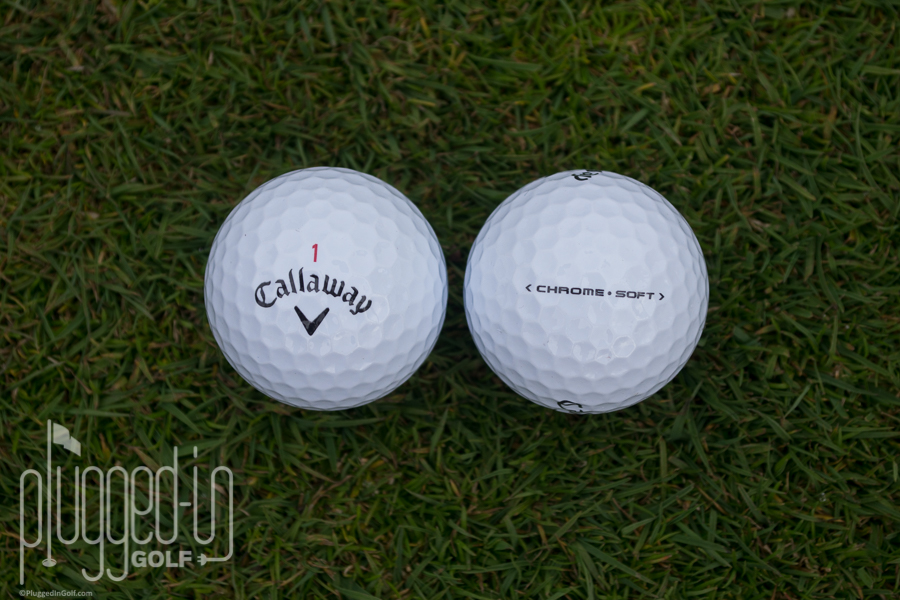 The Callaway Chrome Soft golf ball is the softest feeling Tour-caliber ball I’ve ever played.  Solid performance in every area.

The choice in golf balls has always been this: do you want the best feel or do you want low driver spin?  While there are balls that are decent at both, there haven’t been any with really soft feel and really low driver spin.  Enter the Callaway Chrome Soft.  With a compression of just 65, this ball is unbelievably soft while retaining all the other things you want in a Tour-level golf ball. 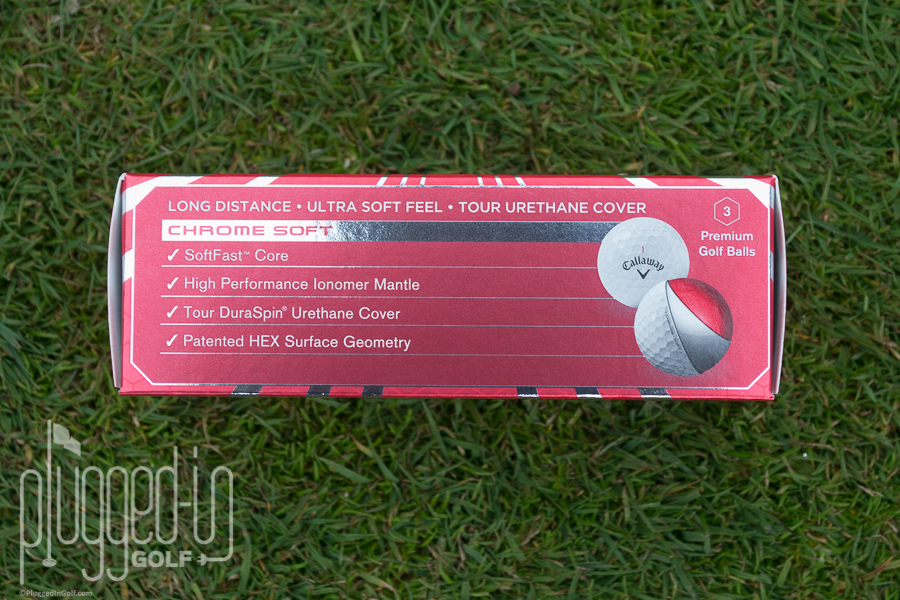 The name doesn’t lie: the Callaway Chrome Soft is the softest tour ball I’ve ever played.  Off the putter, it’s absolutely marshmallow-soft, and with a wedge it’s so soft it actually feels heavy.  That may be a bit of an odd word choice, but it’s accurate: the ball feels like it compresses and sits on the club face even on pitch shots.

What surprised me is that the soft, heavy feeling is barely present with the driver.  I was a little concerned that the Chrome Soft would feel slow with the driver because of it’s softness, but it actually feels as hot and explosive as any other tour ball. 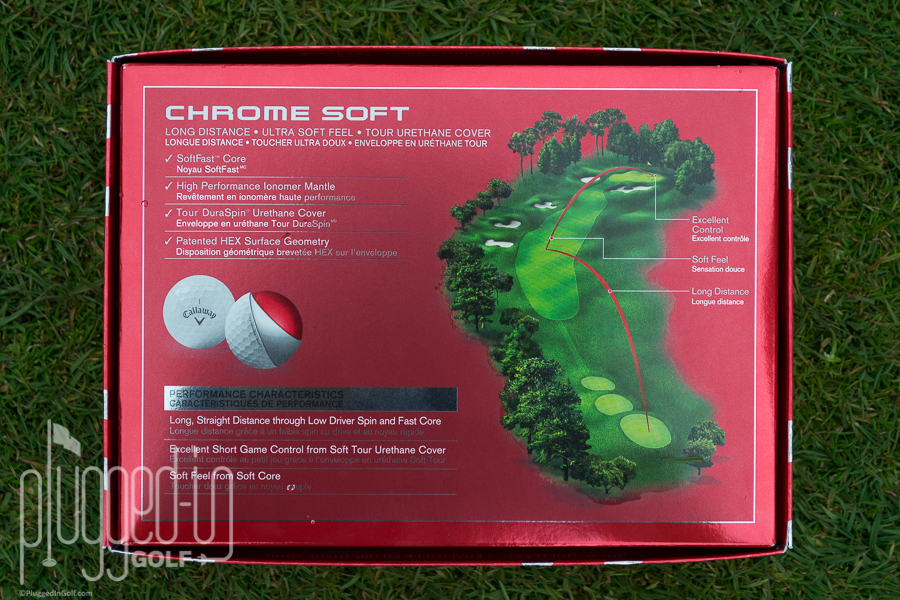 From the tee, the Chrome Soft delivers exactly the low spin performance that Callaway claims.  It’s not the lowest-spinning ball I’ve ever tested, but it’s firmly in the middle of the range for Tour-caliber balls.

With the mid to long irons, the Chrome Soft feels great and has plenty of stopping power.  Again, the spin rates that I observed were exactly what I expect from a Tour ball. 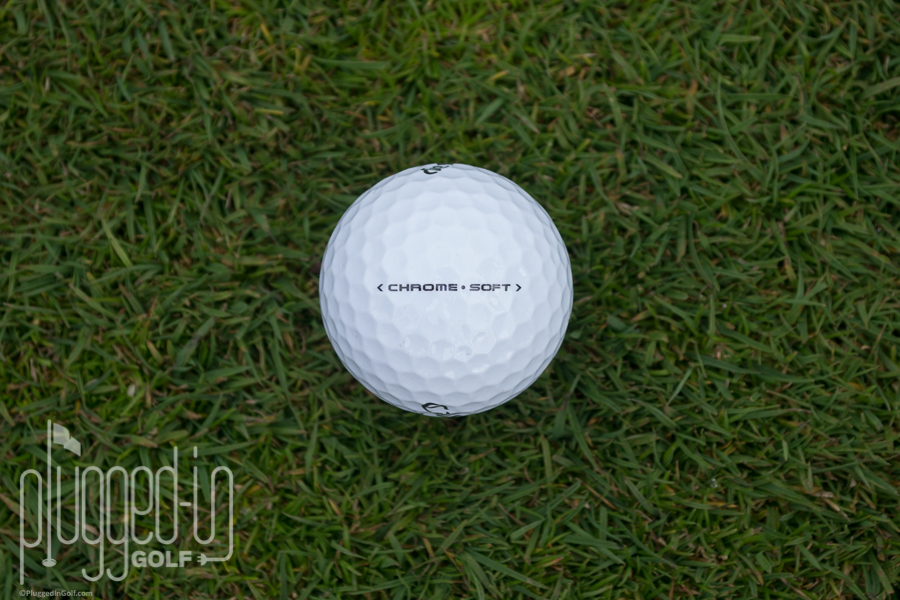 Thanks to its urethane cover, the Callaway Chrome Soft delivers plenty of spin around the greens.  At the risk of sounding like a broken record, the spin is right in the middle of the range I would expect from a Tour ball.  One thing I found was that, because of the extremely soft feel, I did need a little adjustment time to get my distances dialed in with my wedges and the putter. 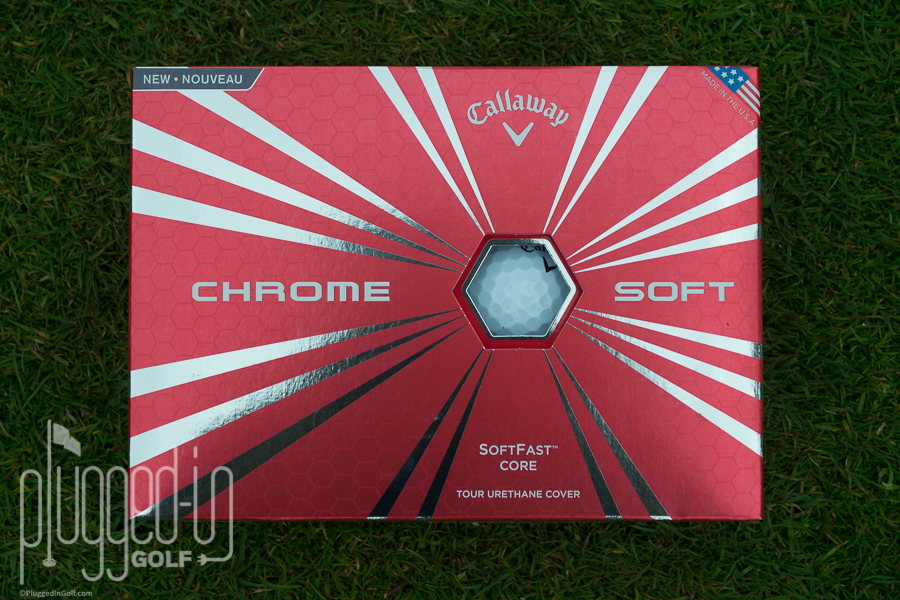 If you like the performance of a tour ball – low spin off the tee, high spin around the green – but want softer feel, go buy a box of the new Callaway Chrome Soft golf balls.  For many golfers, it will be the first time they’ve gotten that great “compressed” feeling from a top tier ball.