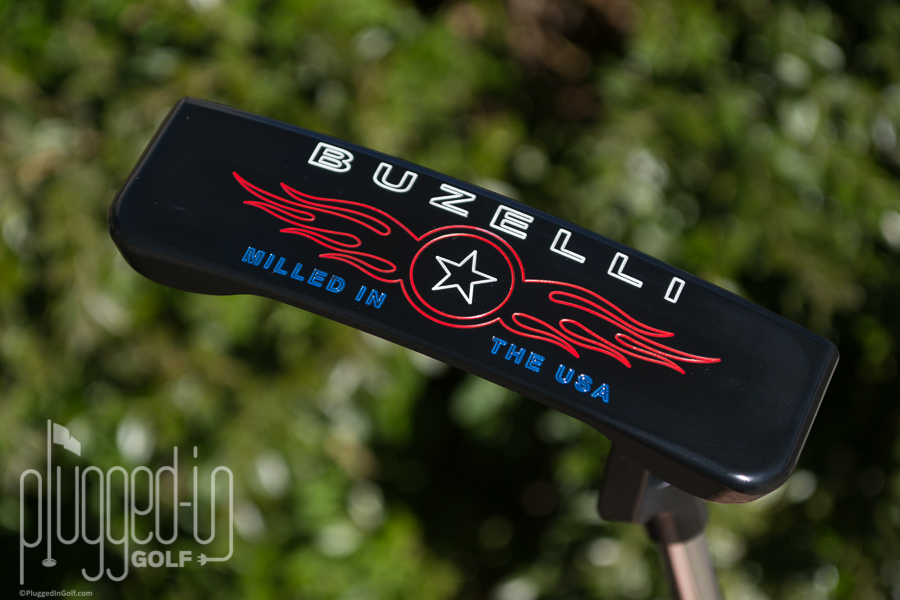 The Buzelli Golf STA-1 Putter is an affordable American-made putter with soft feel and excellent performance. 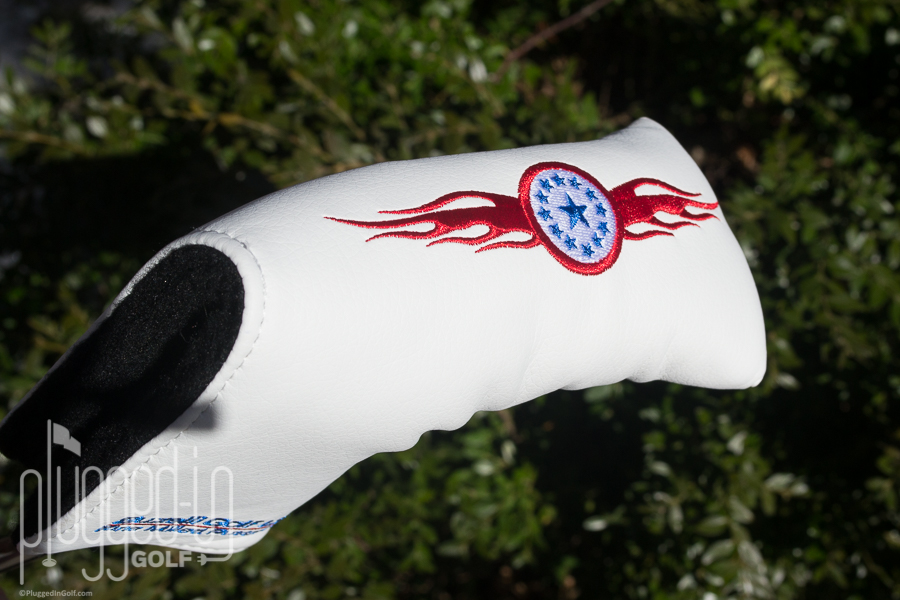 In my tireless browsing through an extensive Twitter timeline, I happened upon a company called Buzelli Golf that is relatively new to the industry and has their own take on the Anser style putter.  When I started doing a little investigative work to find out more about Buzelli Golf, I learned that they are actually neighbors to us, located in the southern suburbs of Chicago.  A few weeks after reaching out to Ryan, whom the company is named after, the Buzelli STA-1 arrived and we put it through its paces. 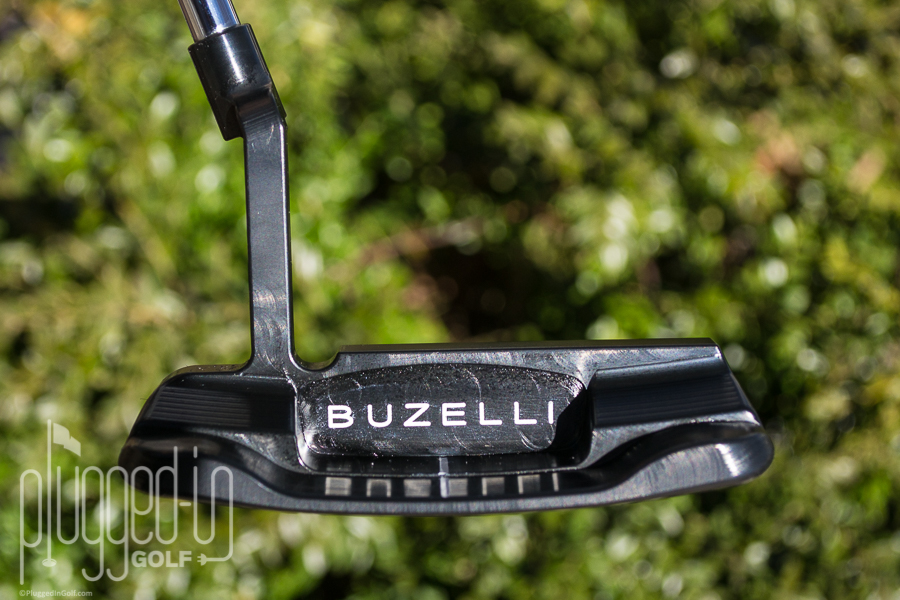 Buzelli deems the STA-1 putter as a “total redesign – classic original design.”  I’d have to tell you that I think this is a pretty accurate statement.  In a lot of ways, you’ll see representations of the classic Anser style head, but in a lot of other ways, you’ll see a bit of the Anser 2 shape.  First, the rounded bumpers are like the Anser, but shoulders, topline, heel, and face shape give me more of an Anser 2 vibe.  Overall, the putter is a bit larger footprint than your typical Anser head and has a nice look at address.  The black chrome finish and the hard edges give the STA-1 an industrial working-man’s appearance and rustic feel.  I would tell you that if you’re looking for that handmade, garage, tool-of-the-trade vibe rather than a shiny piece of jewelry that’s only good for sitting in a display case in a museum, the STA-1 fits the bill.  Buzelli leaves the milling work visible in the finish as an indicator of a truly milled putter rather than leaving a plain smooth finish. 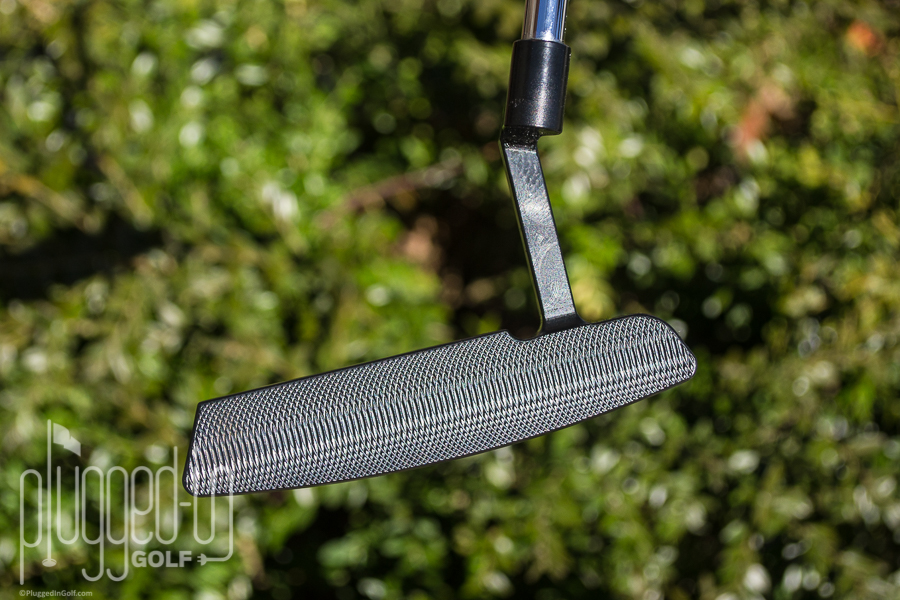 Milled from a soft carbon 11L17 steel, the Buzelli STA-1 has the soft sound and feel you would expect out of a larger 355 gram putter head.  The sound is a very soft, muted click that directly translates into a softer feel.  When Ryan asked me about my immediate impressions of the putter, I told him that I couldn’t believe how soft the club face felt and that the sweet spot was as good as it gets.  Mishits lack a little response, but finding the center of the putter shouldn’t be all that difficult.  The putter is very well balanced and easy to control largely due to its 355 gram weight and larger foot print.  It’s almost like having the advantage of a mid-mallet but in a blade head. 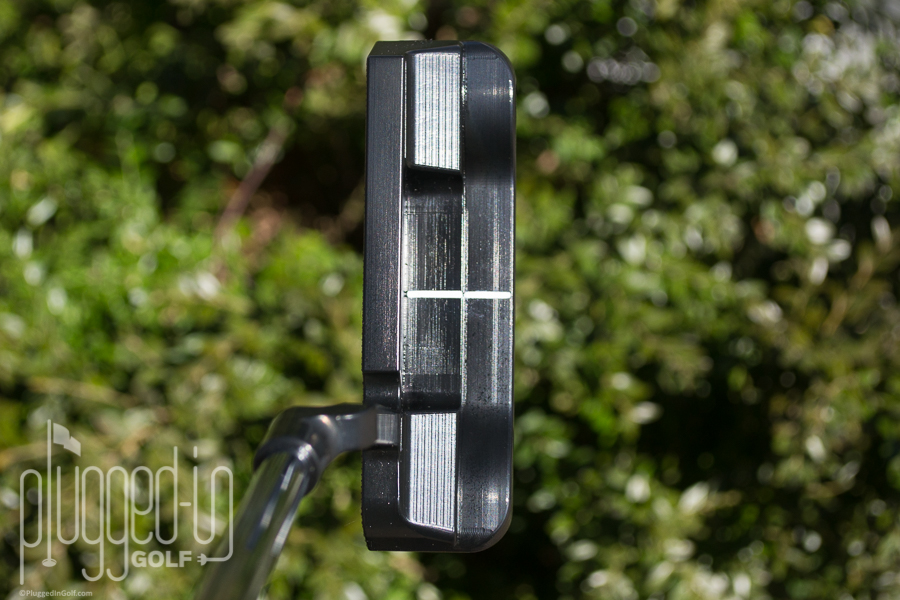 As stated earlier, the Buzelli STA-1 is easy to control during the putting stroke.  The wider sole and longer length (heel to toe) are specifically implemented to increase the stability and balance of the putter making it easier to put a consistent stroke on the ball.  The ball gets going on a nice pure roll which always helps in your confidence on the greens.  Ultimately, the soft feel and added stability paired with the pure roll make the STA-1 a nice putter for golfers of any ability. 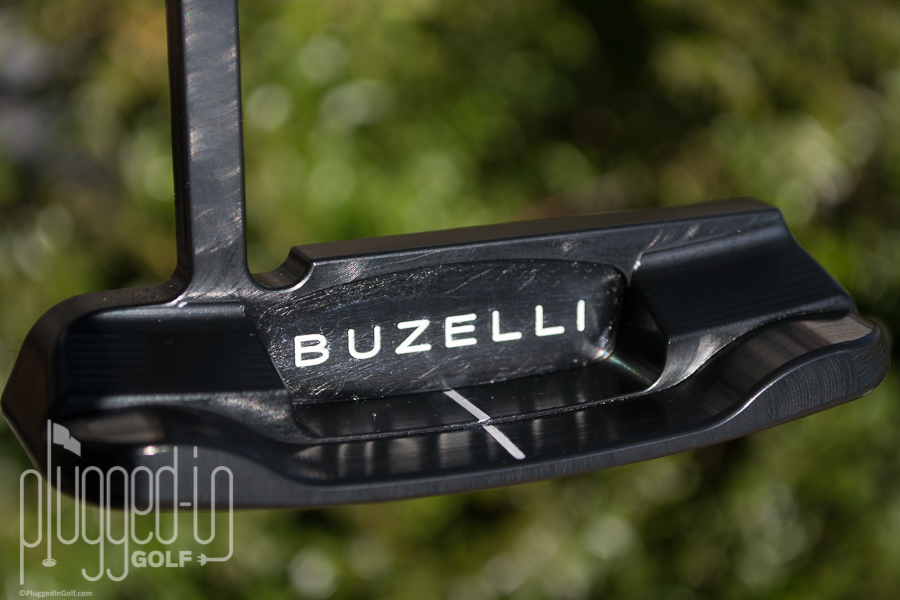 In a day where the boutique putter market has become completely saturated and overpriced, it’s become difficult to find affordable options that perform and are somewhat interesting.  Ryan Buzelli is proud to have his STA-1 putters made in America with American products, and available to golfers at an affordable price of $280.  You will be pretty hard-pressed to find another single-piece milled putter in the putter market at that price point. 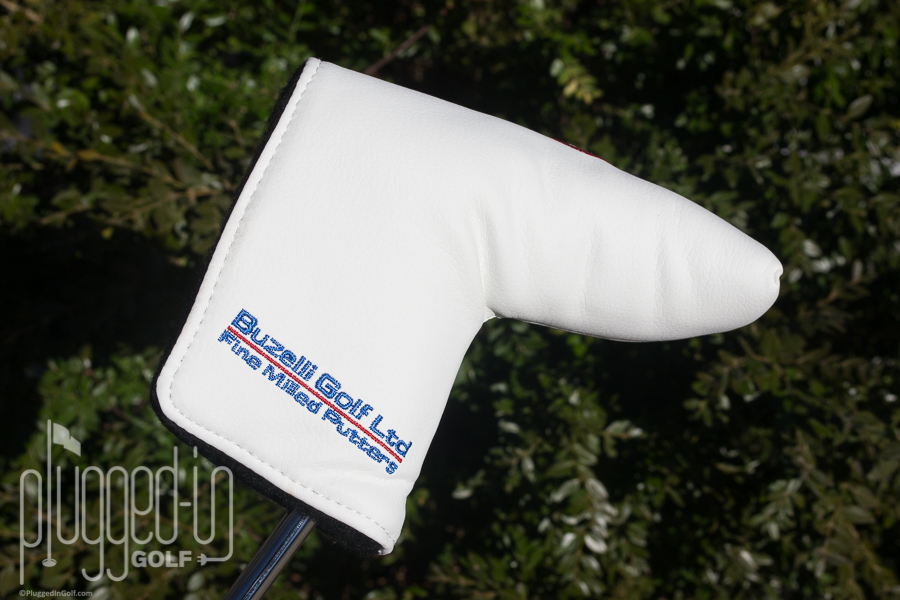 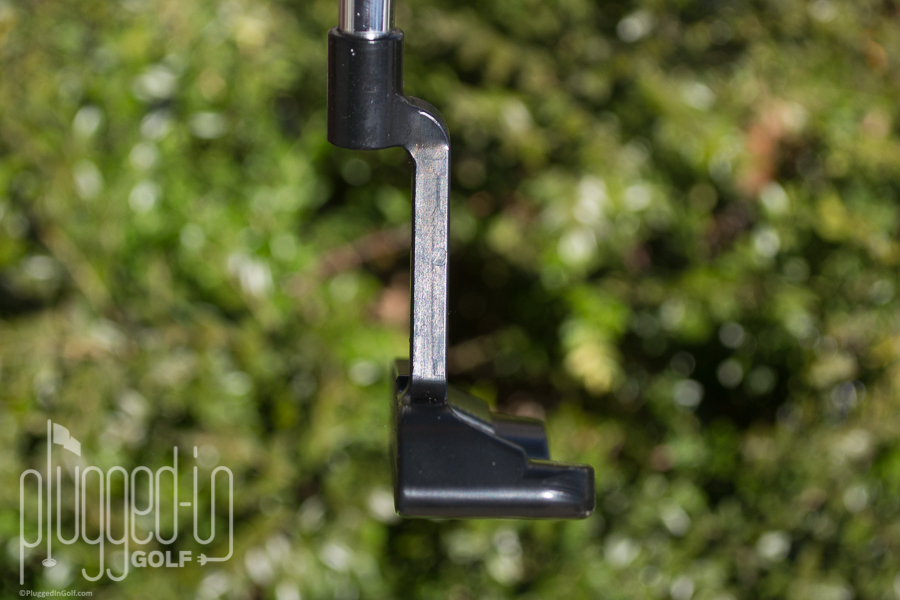 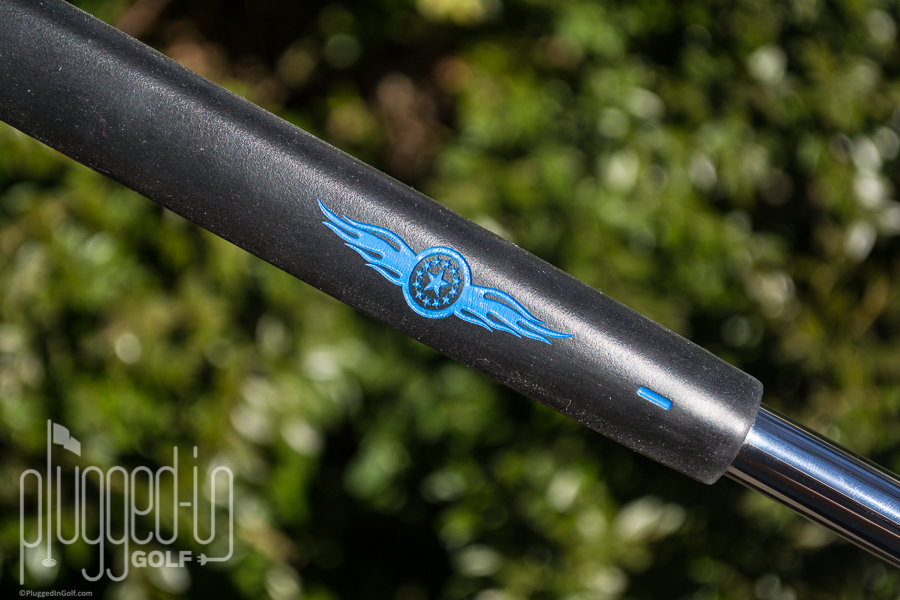 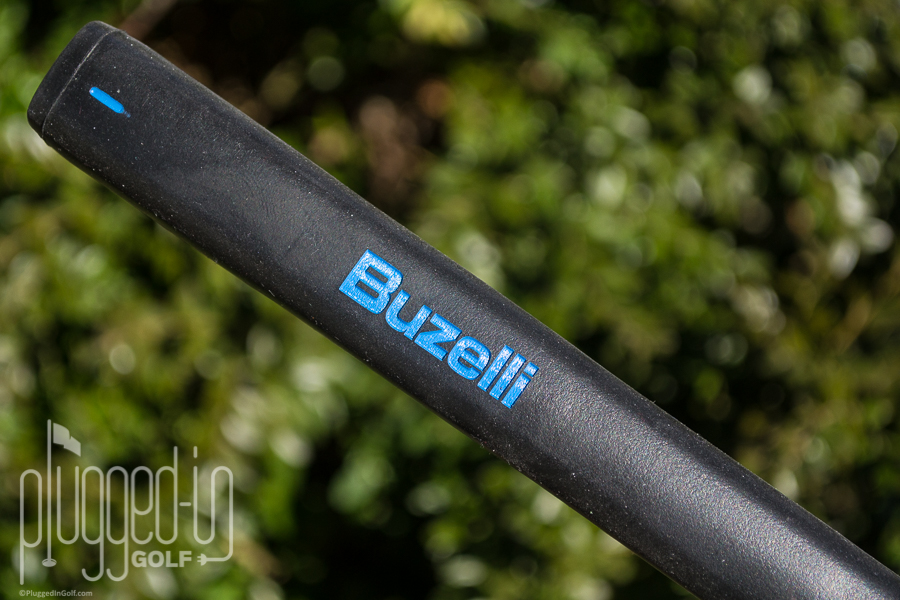 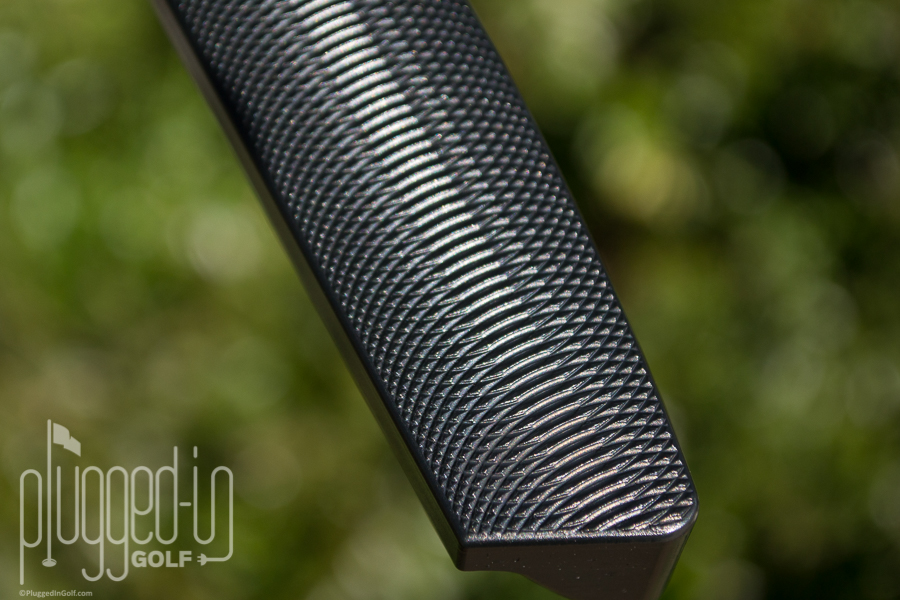 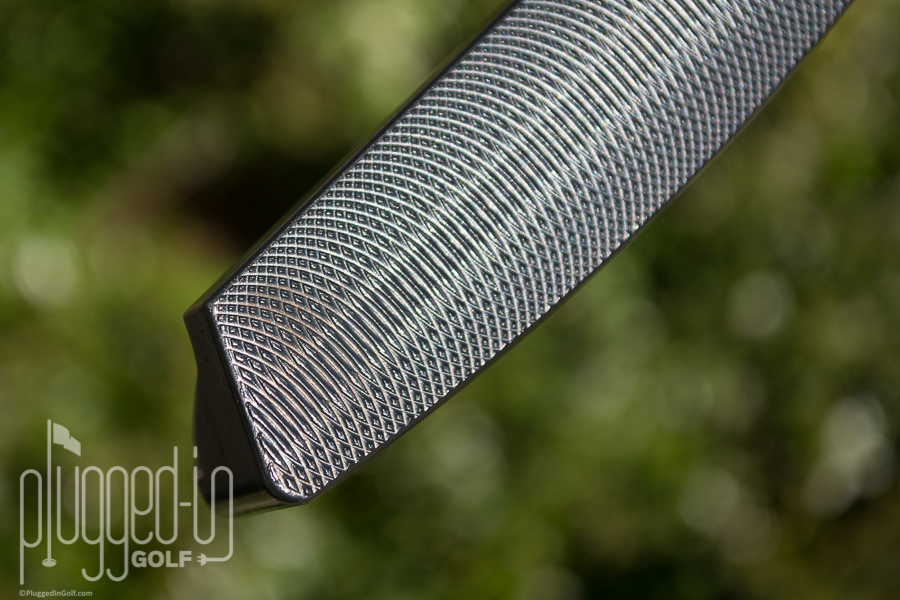 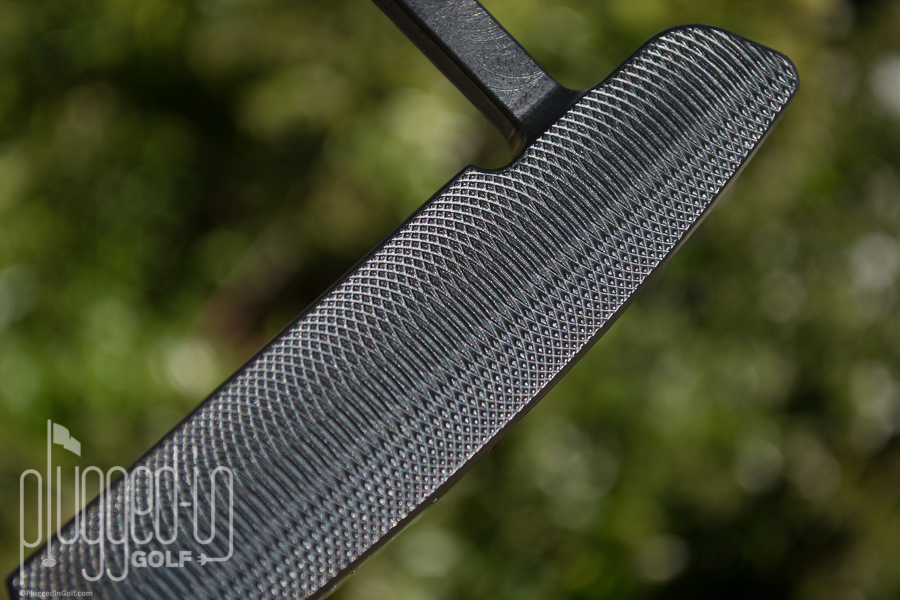