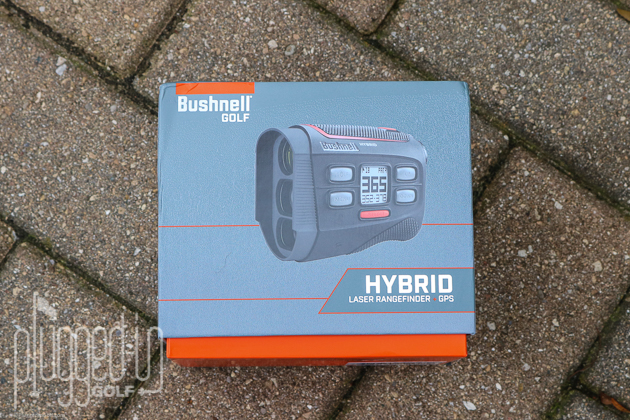 The Bushnell Hybrid rangefinder and GPS is two distance measurement devices in one.   Seamless integration of the GPS into the rangefinder allows for faster, more informed play. 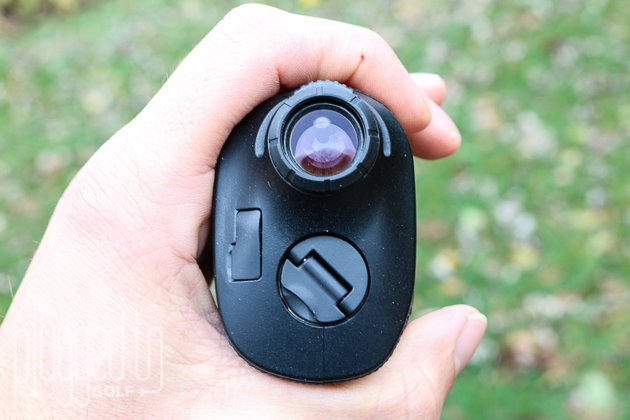 Most golfers have a strong preference for their distance measuring device (DMD), be it laser rangefinder or GPS.  But even the most opinionated will acknowledge that their device of choice has its shortcomings.  Lasers can’t measure what they can’t see and can’t tell you the dimensions of the green.  GPS units are loaded with info but don’t know the location of the flag.

With their new Hybrid Rangefinder + GPS, Bushnell has attempted to make one device that does it all. 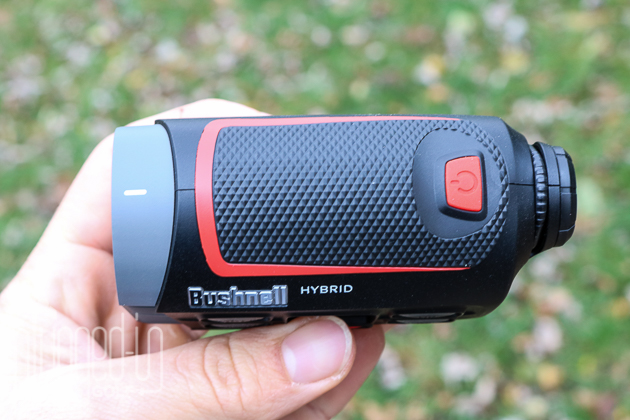 Before your first use of the Bushnell Hybrid, you need to plug in a USB charger to power up the GPS.  Once that battery is full, you can head to the course because the device has over 36,000 courses pre-loaded.

When you are ready to play, push the Power/Golf button on the side.  The unit powers up immediately, and once you select “Play Golf,” it will start searching for a satellite connection.  This process can take a couple minutes.  Once the Hybrid is connected to the satellite, you select the course you are going to play, and the distances will be displayed. 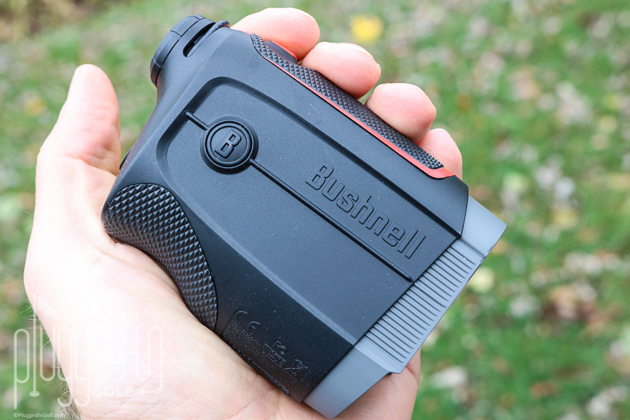 During the round, the GPS function is very easy to use.  The yardages to the front, middle, and back of the green are constantly displayed on the side.  If you want distances to hazards, just push the Select button.  The Hybrid changes holes automatically, but if you need to adjust manually, the Up and Down buttons serve that function.

The laser rangefinder aspect of the Bushnell Hybrid works exactly as you’d expect.  Push the orange Power button on the top of the unit to turn it on.  Push it again to get the distance.  If you hold the button down, the Hybrid will lock in on the closest object (the pin, not the trees behind it) and vibrate.

The laser rangefinder on the Bushnell Hybrid is fast and accurate, just a you’d expect.  In fact, I couldn’t discern any difference between the Hybrid and the Pro X2 with regard to speed or accuracy.  PinSeeker works great, and I’ve really come to enjoy the confirmation that I get from JOLT.  The only drawback to the Hybrid is that there is no slope mode.

That brings us to the GPS, which is really the make-or-break feature of the Hybrid.  On the basics, the Hybrid’s GPS is solid: it’s accurate (always within a yard of course-marked yardages) and fast enough unless you’re playing speed golf.  The side display is easy to read, and the hazard yardages are easy to understand.

Where the Hybrid really puts it over the top is by displaying the front and back yardages inside the rangefinder eyepiece.  This is not only convenient, it’s an excellent reminder to think about hitting the green instead of firing at the flag yardage.

The battery for the GPS lasts about 9 hours.  This should be good for two rounds, or one and a half if the first round is a 6-hour marathon.  When the GPS died mid-round, I realized how much I was enjoying having the GPS information.

If I had to note one negative about the Hybrid, it’s that the yardages to the front and back of the green are not dynamic.  That means that if you get sideways (which I’ve been known to do), you can end up with front and back yardages that don’t make sense relative to your flag number.  This is a minor complaint as very few GPS units provide dynamic yardages. 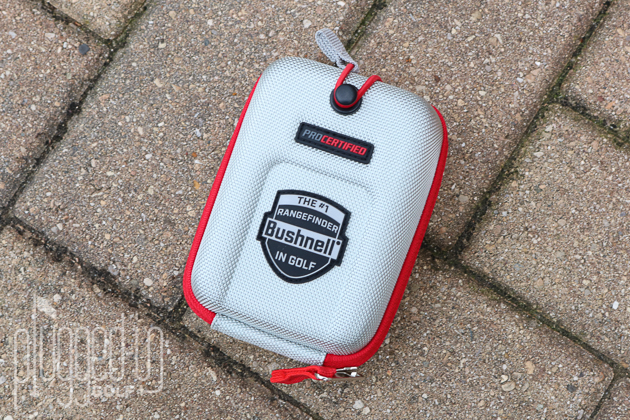 The Bushnell Hybrid retails for $400, and you may find it for significantly less, while supporting Plugged In Golf, HERE.  At $400, the Hybrid is $100 more than the basic Tour V4 but $150 less than the slope-enabled Pro X2. 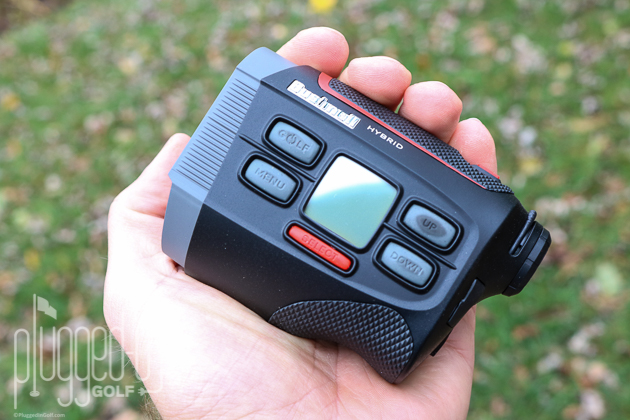 I was not in the market for a new laser rangefinder when I received the Hybrid, as I’ve been very happy with my Pro X2.  However, after seeing how useful the Bushnell Hybrid is, particularly when playing new courses, it’s very possible that it will end up in my bag.  If you like to travel and play a variety of courses, the combination of rangefinder and GPS in one unit is hard to beat.