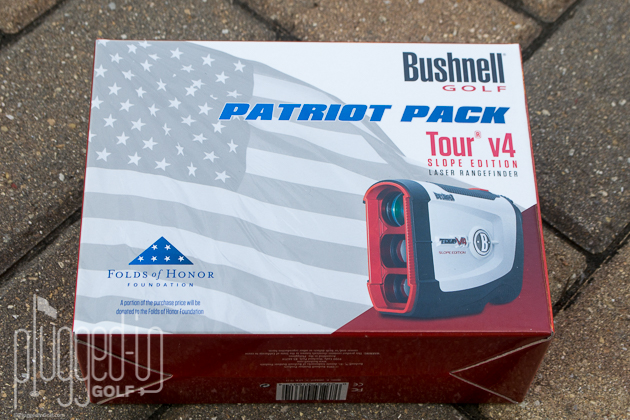 The Bushnell Tour V4 Slope laser rangefinder is easy to use, accurate, and compact. 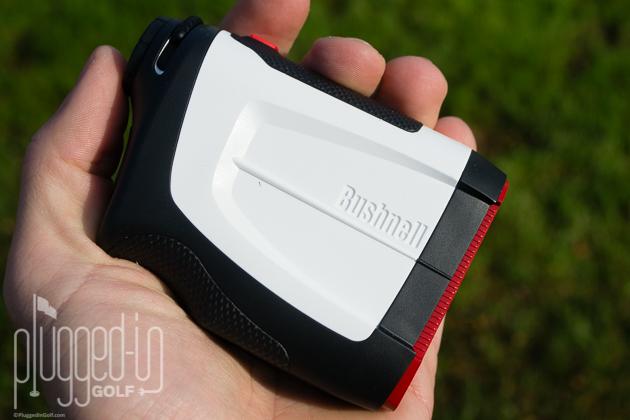 Over the last couple years, manufacturers have struggled to figure out how to improve on their rangefinders.  The accuracy and speed has gotten so good that any improvements are marginal.  With the Tour V4 Slope, Bushnell decided to go forward by going backward: they focused on ease of use over packing in unnecessary features. 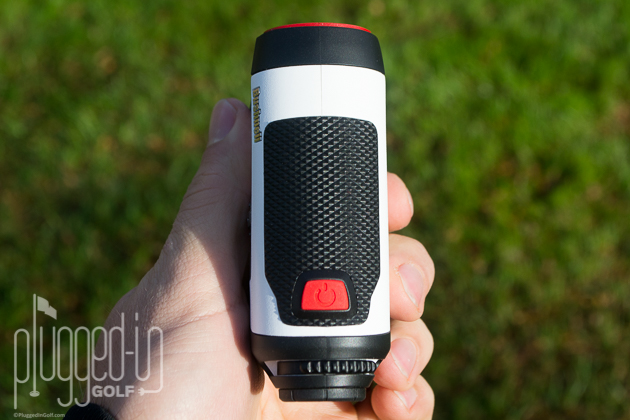 Insert battery.  Push button.  Done deal.  Like all the best laser rangefinders, the V4 Slope requires no set up and is very easy to use. 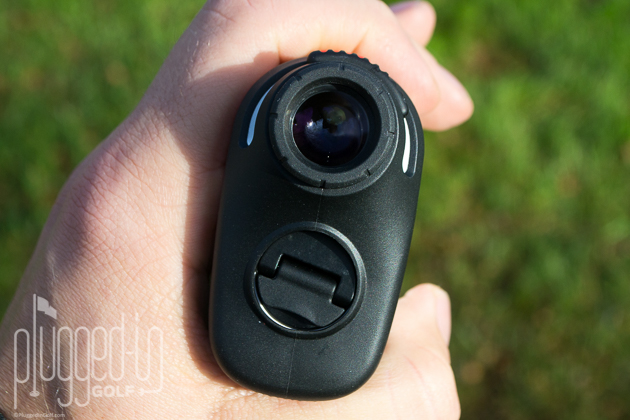 At this point in the evolution of rangefinders, it would be a story if something wasn’t accurate to a yard.  There’s no news here: the Tour V4 Slope is as accurate as advertised.  Distances are displayed to the tenth of a yard above the distance-adjusted number.

The Tour V4 Slope also has Bushnell’s signature JOLT Technology – a gentle shake when the laser locks onto the flag.  This seemed silly to me until I used it.  While it’s not a game changer, it is a nice way of letting you know that you have the perfect yardage.

Finally, the Tour V4 Slope is smaller than previous generations.  While I wouldn’t complain about it being slightly larger, I think Bushnell did a good job finding a size that’s compact without going too far.  Even in my larger-than-average hands, the Tour V4 is very usable. 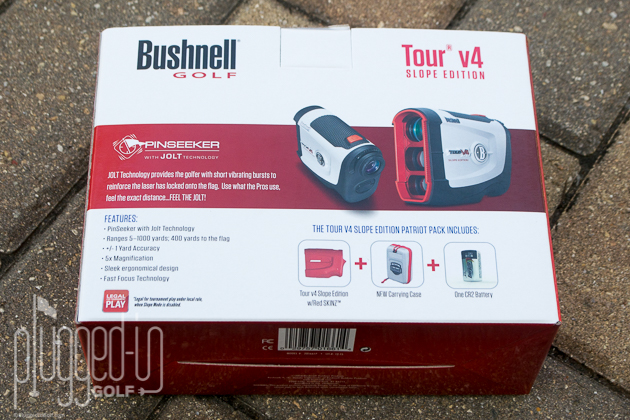 The Bushnell Tour V4 Slope rangefinder can be found at retail for $350 or less (support PluggedInGolf, buy it HERE).  This is on par with other similar laser rangefinders, and it includes the expected accessories: a carrying case and a battery.  The Patriot Pack also includes a “skin” that wraps round the laser. 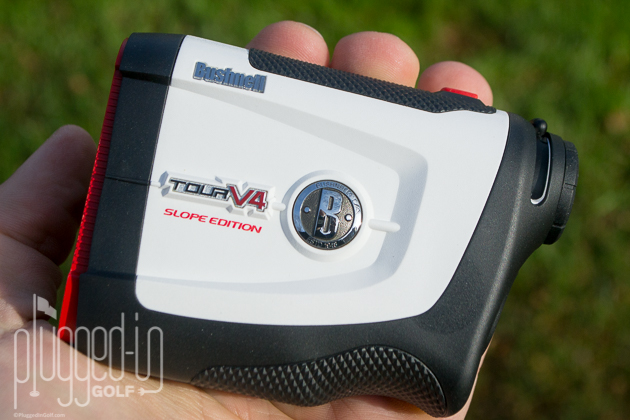 Overall, the Bushnell Tour V4 Slope rangefinder is a very solid offering from the company with the most rangefinders on Tour.  It’s small, extremely easy to use, and, most importantly, very accurate. 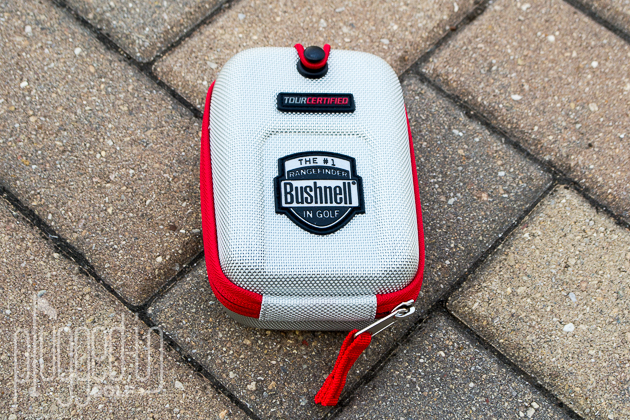 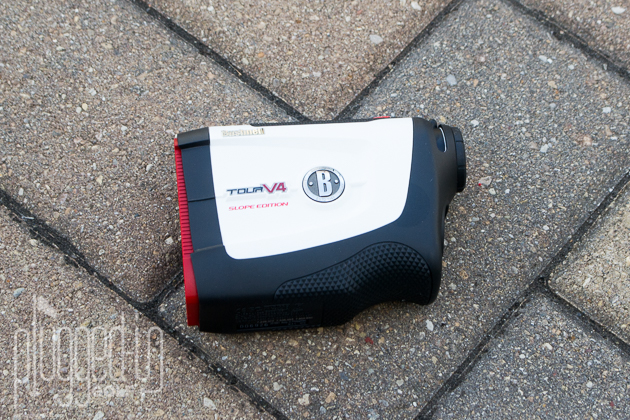 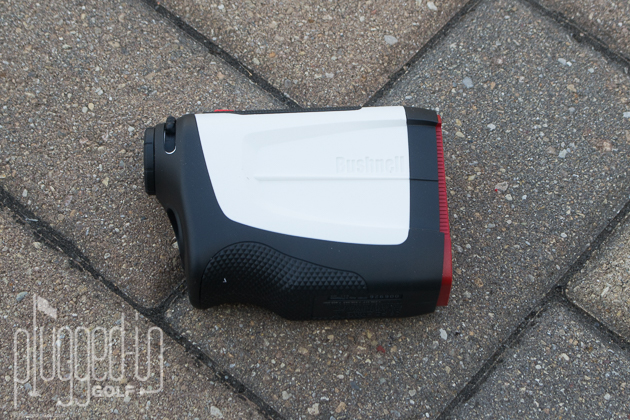 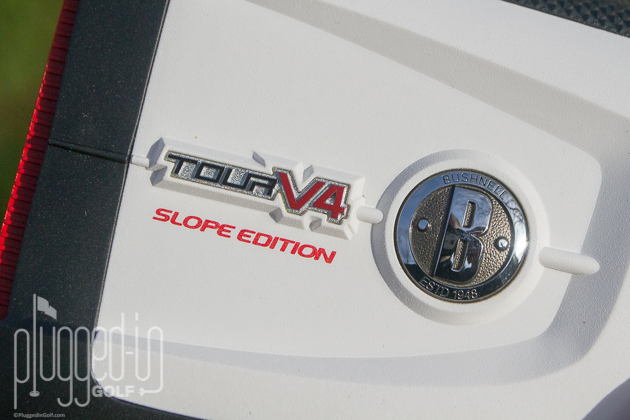 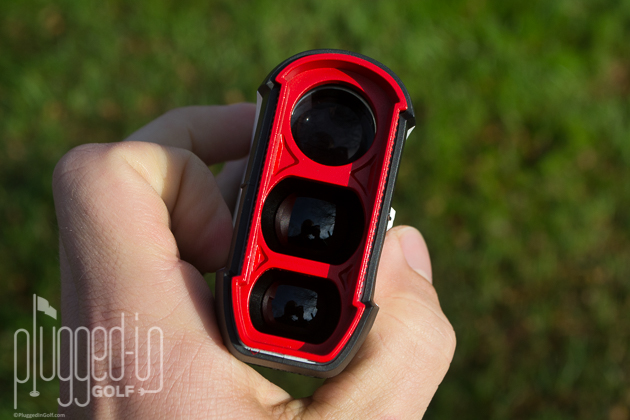 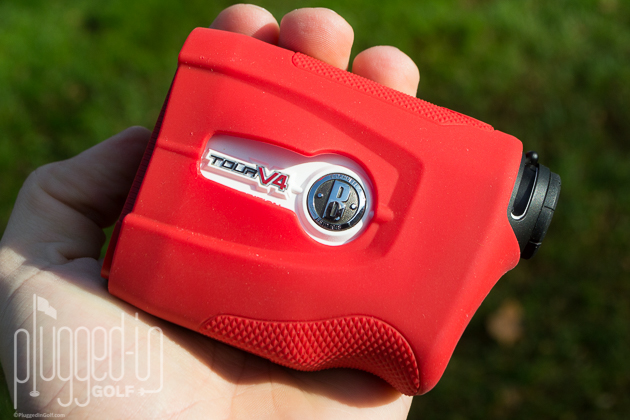