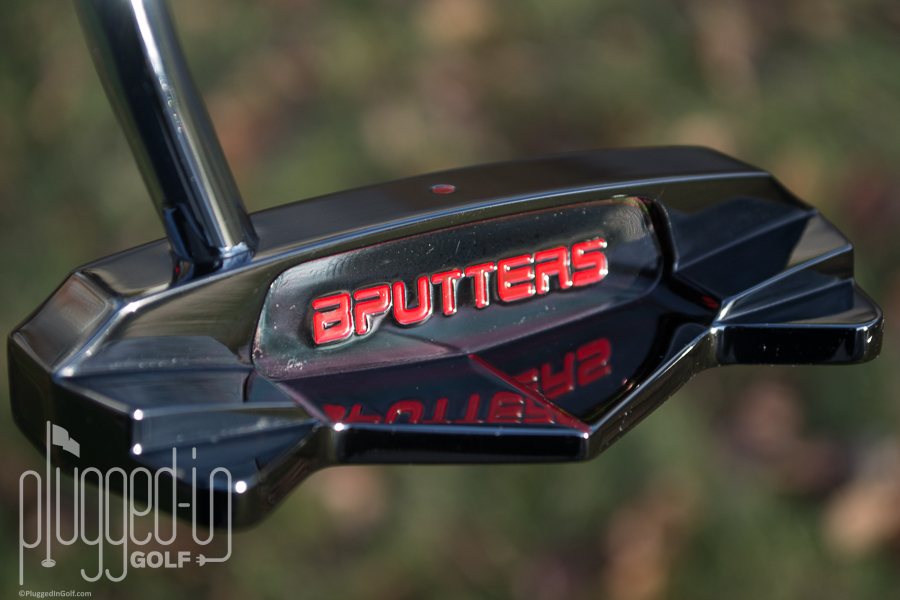 The BPutters Space putter is a nice blend between futuristic styling and traditional performance characteristics that will both please you and blow your mind all at the same time. 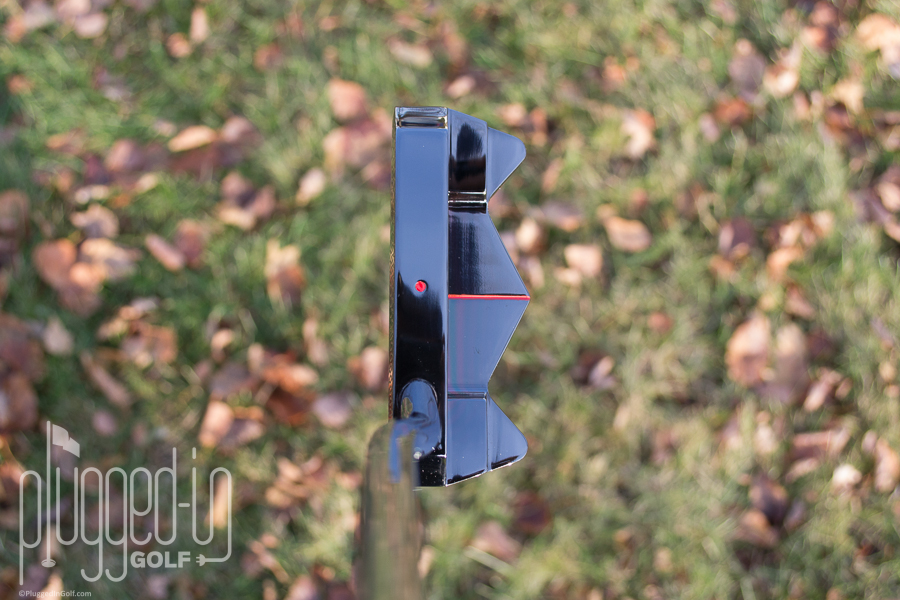 Where to even begin with the BPutters Space putter?  There’s so much to say about this putter, but ultimately I land on the simple truth that I just love this putter.  When I first saw this putter, my mind was completely blown because I’ve never seen anything like the Space putter.  With a background in the automotive sector, the primary designer has a refined eye for lines, and it shows in the creative designs.  I should also mention that BPutters allows for many custom options such as finish, paint, grips, headcover, and more, so you can truly put together a putter that is sure to amaze.  In addition to the Space’s good looks, the functional characteristics of this putter will bring you back to classic days of golf. 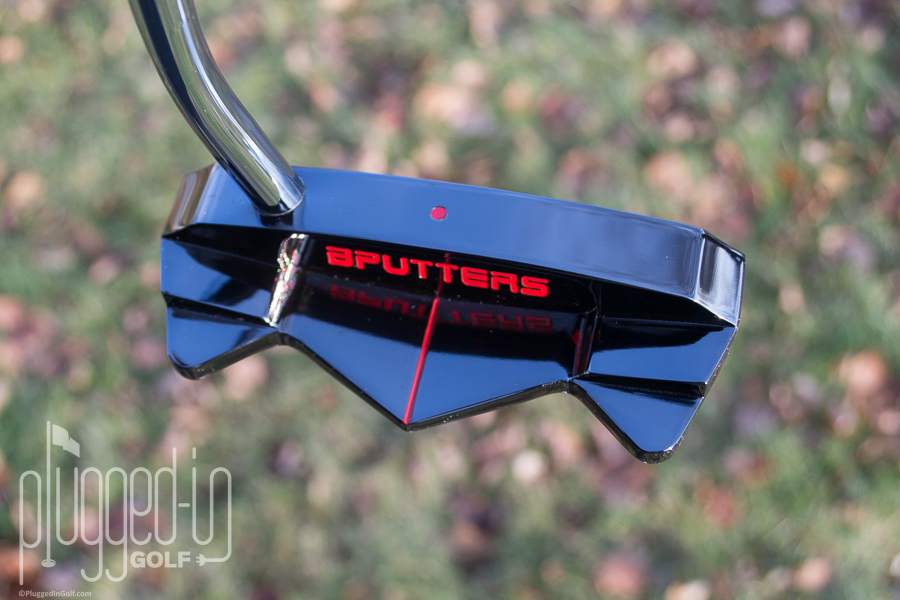 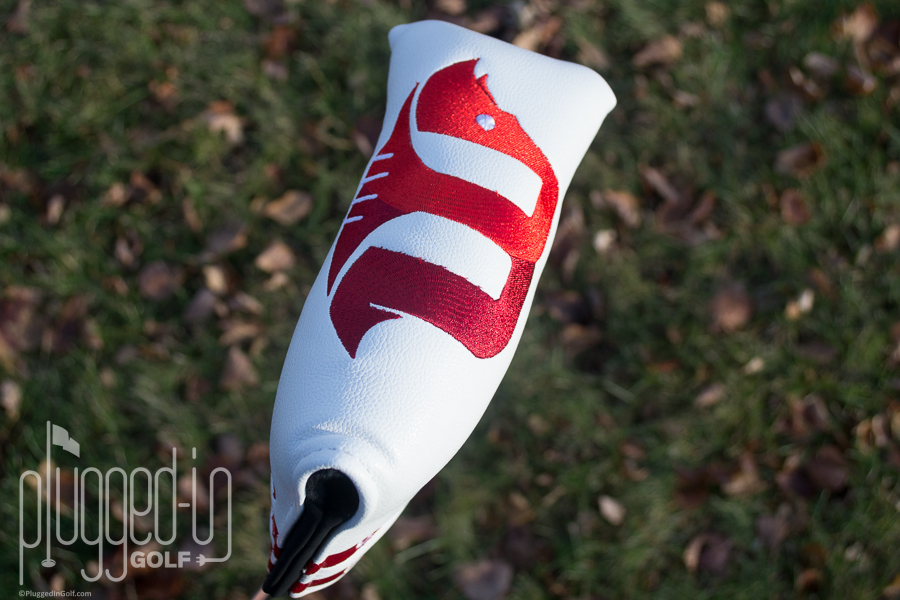 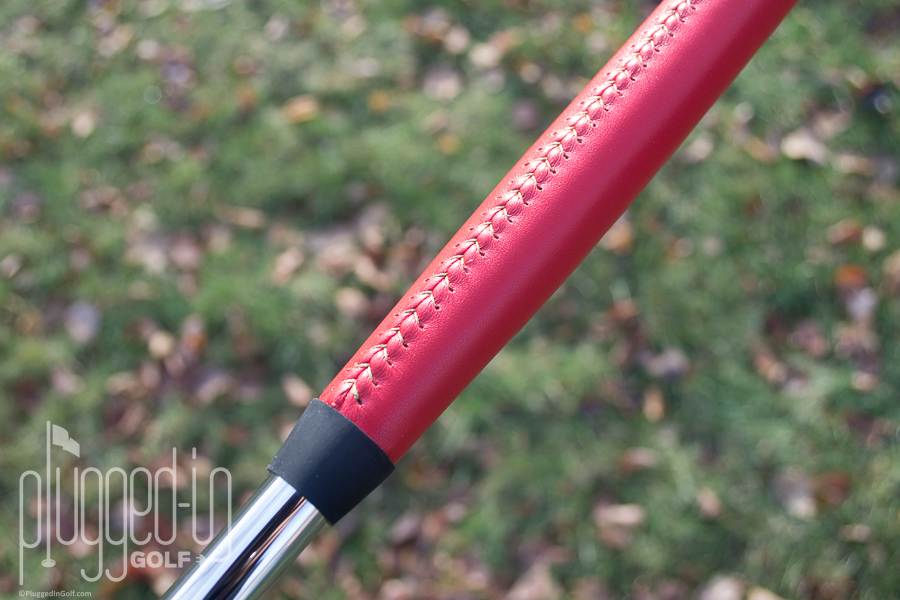 Though looks aren’t everything, the appearance of the BPutters Space putter is in a league of its own.  Before diving into the putter itself, it’s worth mentioning that the included accessories are just as refined as the putters.  The headcover we went with was the “Made in Italy” magnetic closure Pu leather cover with the industrial BPutters logo on it.  It’s honestly one of the nicest headcovers I’ve ever seen, especially from a custom/boutique putter company.  The grip we went with was the red stitched leather grip which is also made in Italy and is one of the best-made leather grips I’ve seen.  This shouldn’t surprise anyone given that the Italians are noted for leather craftsmanship.  The gold stitching in the grip is tight and smooth with an overall perfect construction.  Also included was one of the BPutters leather tee pouches which is really good for holding a couple of tees and some ball marks for easy access and organization.

The Space putter itself isn’t quite a blade nor quite a mini-mallet but somewhere in between.  The unique head shape has sharp lines, yet still retains a smooth shape.  While having industrial characteristics, the Space putter still maintains a very artistic flow in its appearance.  The Black Pearl finish and red paint really show off what this putter has to offer in the sunlight.  There is minimal branding on the sole and in the cavity.  For alignment, we chose a combination sight dot and sight line.  The head shape is quite unique and may take some adjusting to, but it’s definitely worth the little bit of extra time.  Literally everything is flawless on this putter from the symmetrical face milling, to the paint, to the smooth finish. 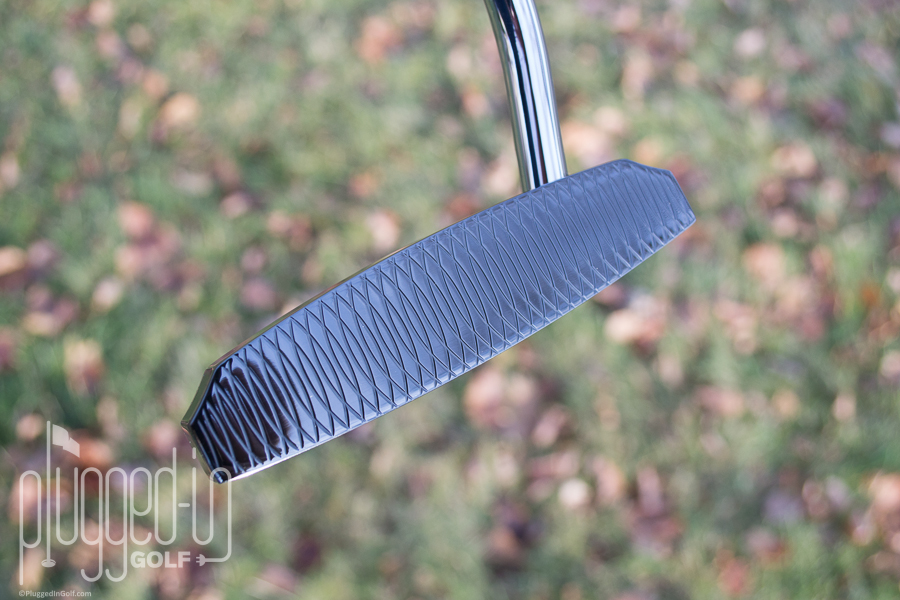 As futuristic looking at the BPutters Space putter is, the sound and feel of the putter are very traditional and harken back to the glory days of golf.  The sound is a classic click which is very soft – something you wouldn’t expect out of a 303 stainless steel head (putters are also available in carbon).  This sound will be very reminiscent of the sounds you heard from classic original Ping Anser putters, which still hold up to me as the standard in traditional putters.  Feel free to consider me stuck in the past if you would like.

I’m not kidding when I tell you that I had to go back and verify that I chose stainless steel for the build of the Space putter.  Though the head has a solid and responsive feel, I was pretty shocked at the feeling I got from it.  I’m not one of those “oh man, carbon steel is soft like butter” guys, but carbon certainly has a specific feel to it and many find it to be preferable.  A lot of the response I was getting from the Space putter at impact was similar to what I would get out of a carbon head, but it is stainless. 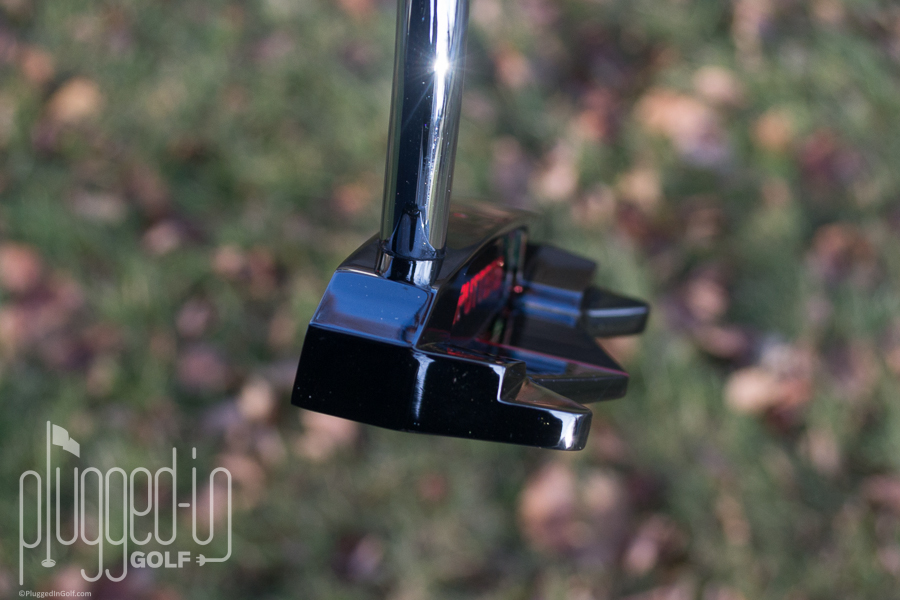 Admittedly, it took me a while to get used to rolling the Space putter which I attribute to the shape being so alien to me (space joke!).  Once I got dialed in, I found that head shape made the putter feel a little more “quiet” on the way back but still had the slight arc you expect from a blade putter.  Because the Space is between a blade and a mini mallet, I found the putter is easier to control and make a consistent stroke with.  I had some putts where I missed the sweet spot, but the ball still held a pretty good roll and there was a very minimal negative impact.

On the green, the Space seemed to pop the ball into a slower series of revolutions at impact and then settled into a nice tight end-over-end roll.  The ball never quite jumps in the air, but still manages to collect itself before it starts on its true roll where it really tracks nicely on your target line. 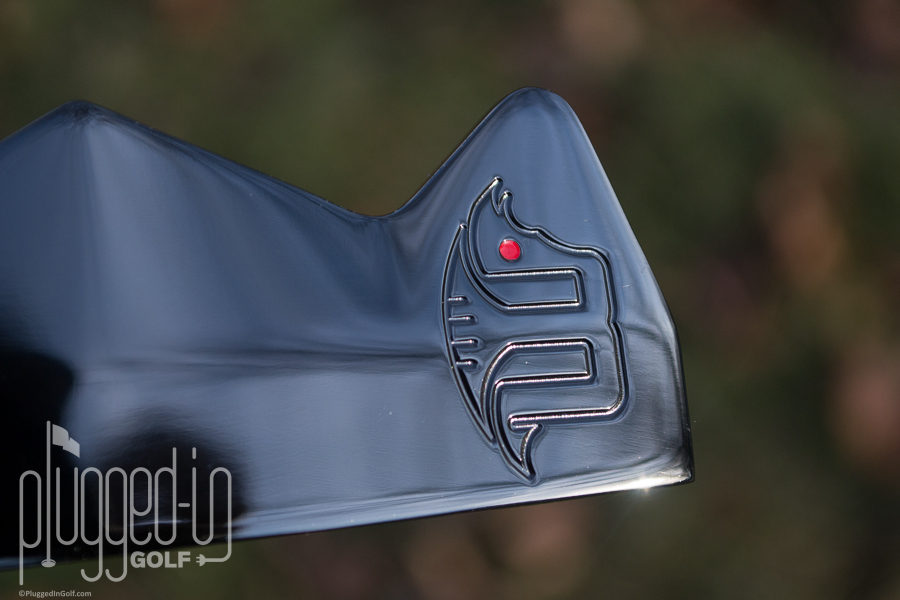 I could go on for days about the concept of BPutters and why I think they have what it takes to make a name for themselves in the golf world, but I chose to focus more on the actual putter itself.  There is a whole area of high standards, artistry, and customization that are worth being discussed in regards to BPutters, but the Space putter deserves to have its story told as a solid and beautiful piece of equipment.  If you read my reviews here, you know that I’m a sucker for unique, cool, boutique putters, but I think BPutters could find themselves in a place where they are ready to run with the big boys.  There are certain elements in design and manufacturing that you have to get right, and I think these guys are well on their way to doing just that.  I will certainly be paying attention to BPutters going forward, and I would strongly encourage you to do the same if you aren’t already. 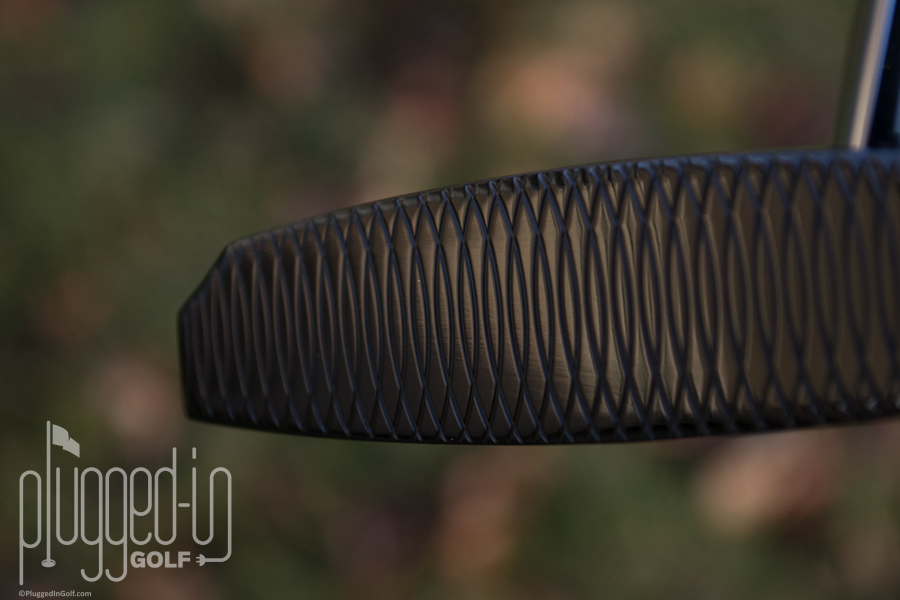 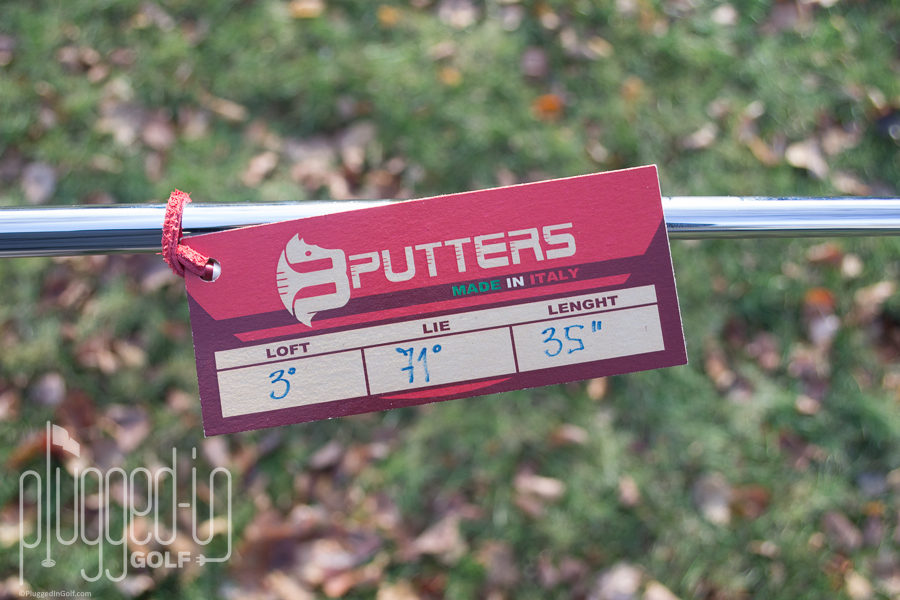 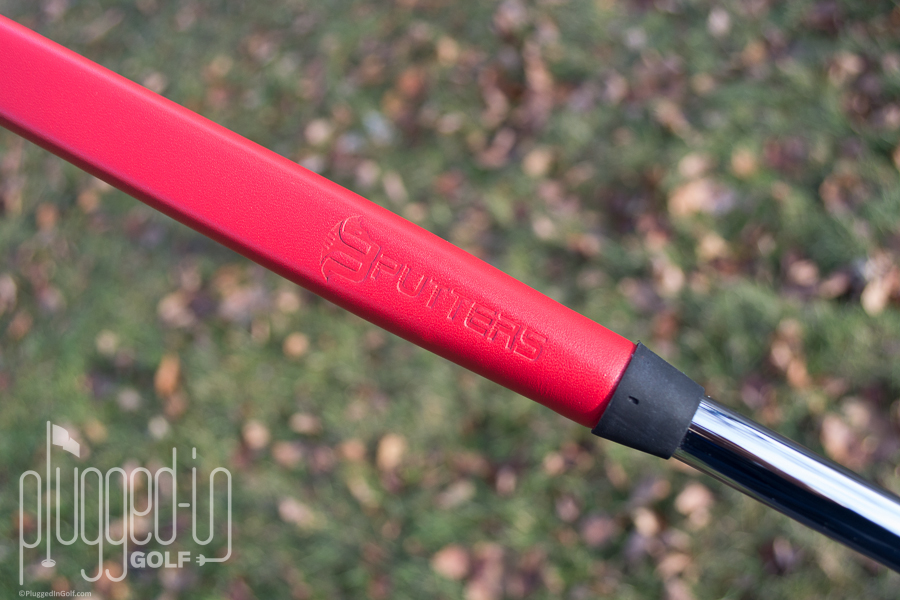 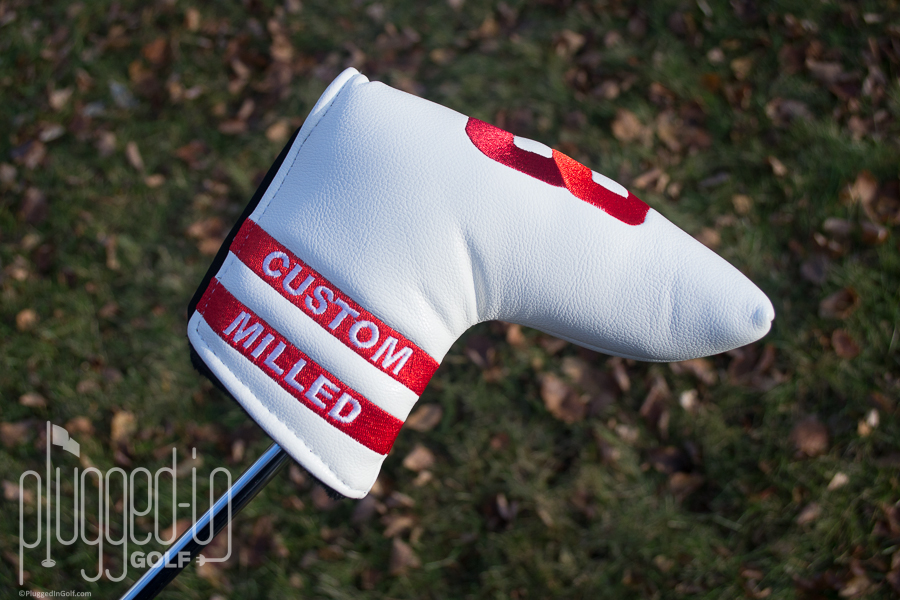 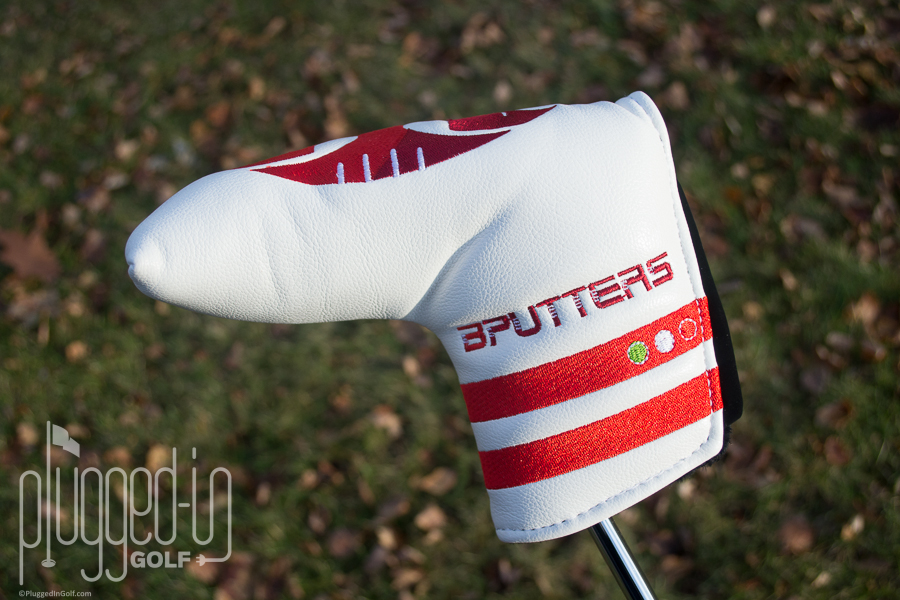 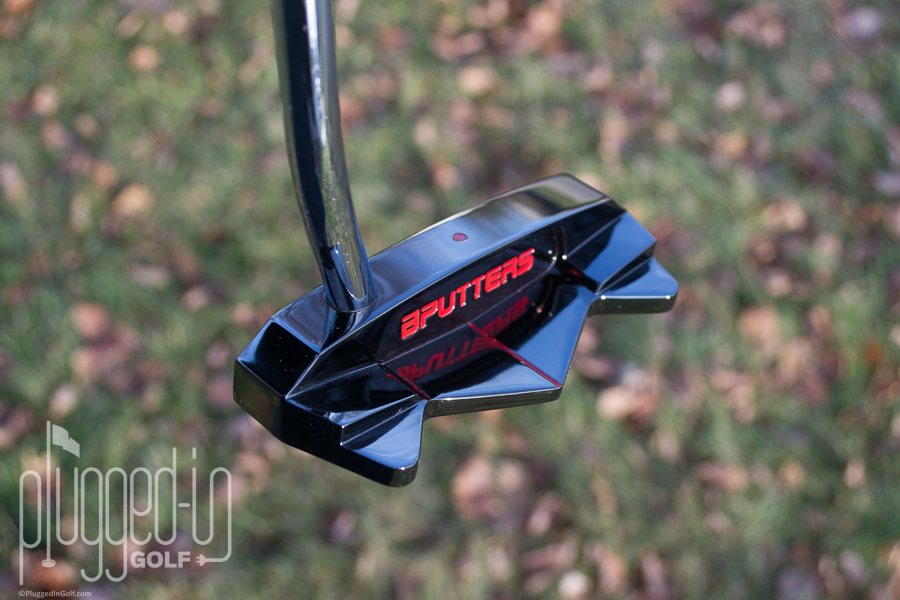 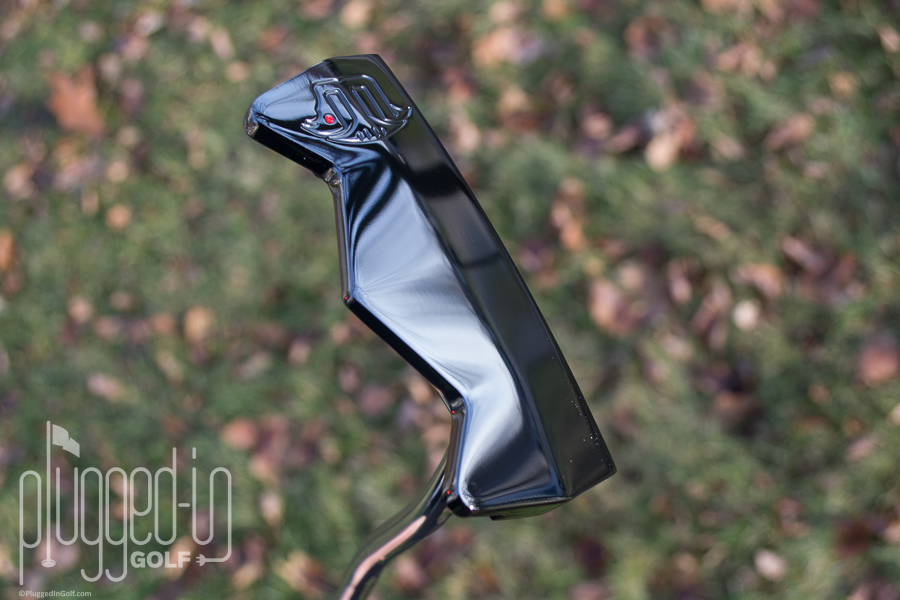