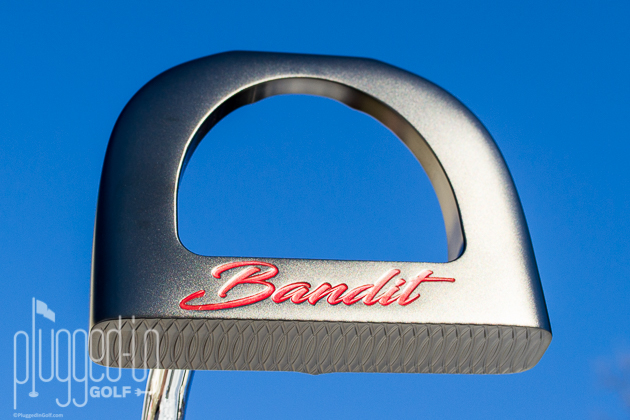 The BPutters Bandit putter is one of the most interesting looking putters I’ve ever seen, but its overall performance more than speaks for itself. 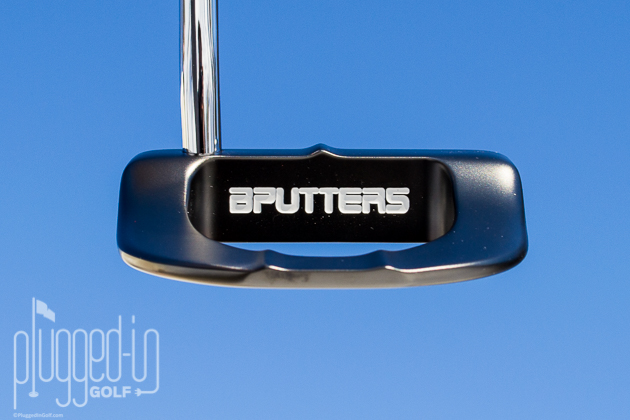 Italy’s BPutters has been on the boutique putter radar for a couple of years now, but I would say their momentum is still just getting started.  Where I feel BPutters has really excelled since day one has been in making unique designs that are interesting, elegant, and tasteful.  Frankly, I can’t think of a better way of describing the new BPutters Bandit putter.  The first time Antonio of BPutters sent me a picture of this new design he was working on, I became immediately fascinated and had to try one out for myself. 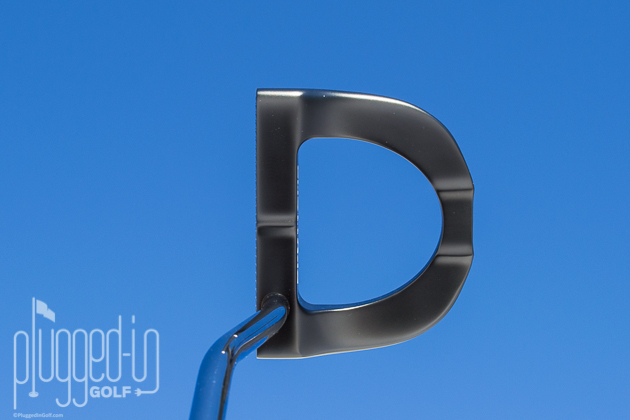 If the BPutters Bandit’s looks don’t immediately catch your attention, you may not have a pulse.  The “D” shape with a big hole in the middle is nothing short of intriguing, and the lines of the Bandit have a smooth flow to them.  Rather than use traditional painted alignment aids, BPutters opted for an “embossed” line on the topline and two such lines on the rear of the flange.  The Bandit sets up nicely behind the ball, and the unique shape gives you plenty of confidence to make a nice and smooth stroke.

Like all of BPutters’ designs, you can buy the Bandit in 303 stainless or carbon steel and in a variety of different finishes. 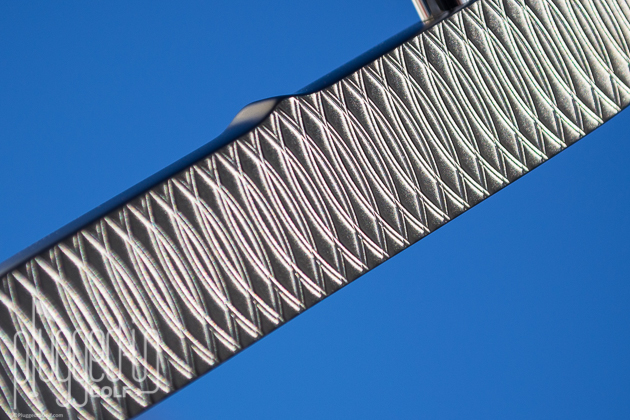 Golfers are always saying, “I want firm but soft.  I want responsive feedback in my hands, but quiet soft sounds off the face.”  BPutters seems to excel at finding that perfect blend of sound and feel no matter what shape they mill.  The Bandit has a perfect balance of a soft “click” at impact to give the response you’re looking for but is soft enough in the hands so that the putter feels a little forgiving. 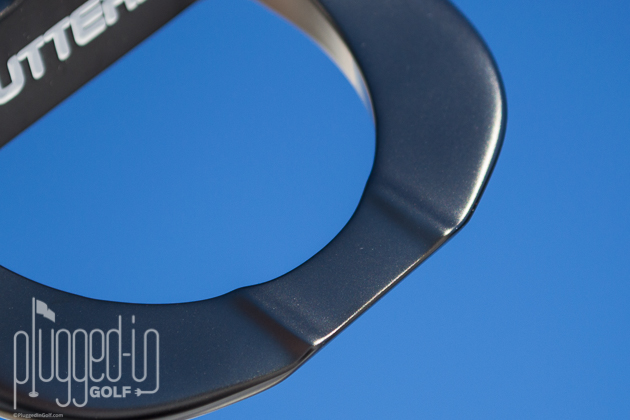 My biggest problem with putting is that I tend to pull the putter out of its natural path which results in a squirrely putting stroke.  It doesn’t matter what kind of putter I use, that’s just “my miss.”  Immediately upon using the BPutters Bandit putter, I found the D shape and balance of the putter made it almost impossible for me to make my usual putting mistakes.  The Bandit felt very natural and fluid during the putting stroke which resulted in better putting consistency.  Getting the face back to square was a breeze, and distance control was simple because of the precise response. 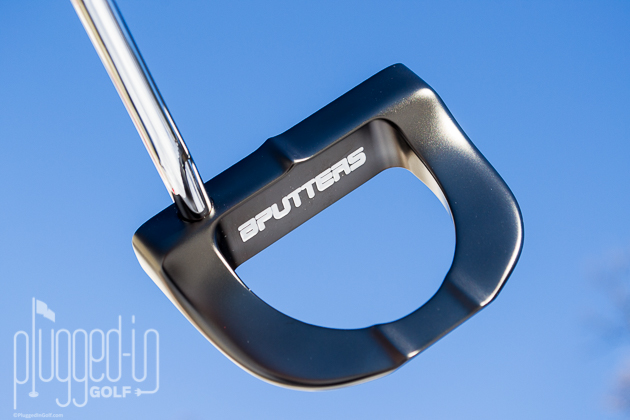 While they may be newcomers relative to the rest of the boutique putter companies, BPutters certainly warrants praise and attention in line with all of the other big names in the game.  I would venture to say the finished product and engineering tolerances as tight as you’ll find.  Yes, BPutters takes pride in the appearance and delivery of their product, but they are just as concerned with exceptional feel and performance.  This couldn’t be more apparent than in the new BPutters Bandit putter, and it’s safe to say we’ll see more fascinating high-end designs down the road. 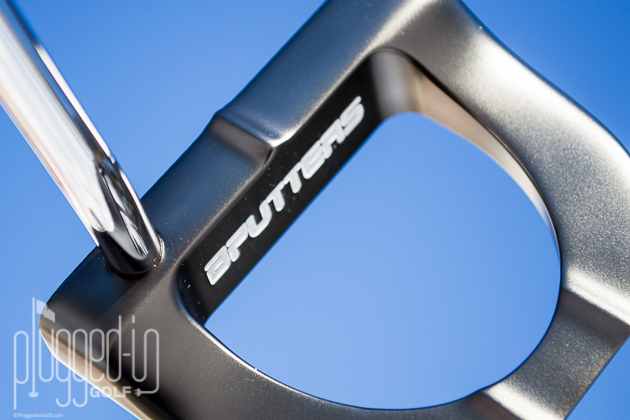 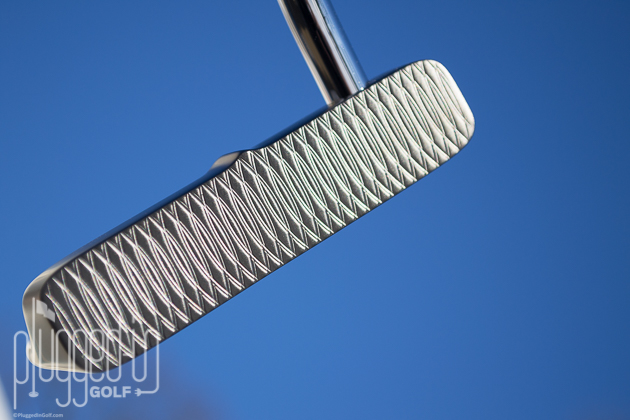 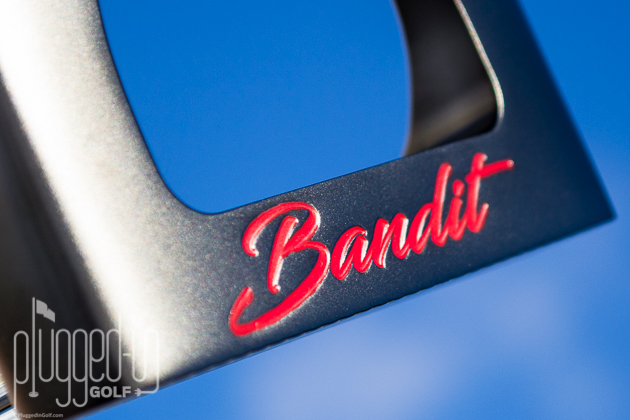 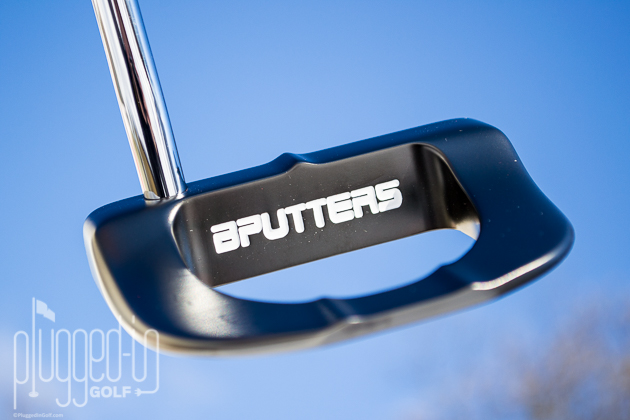 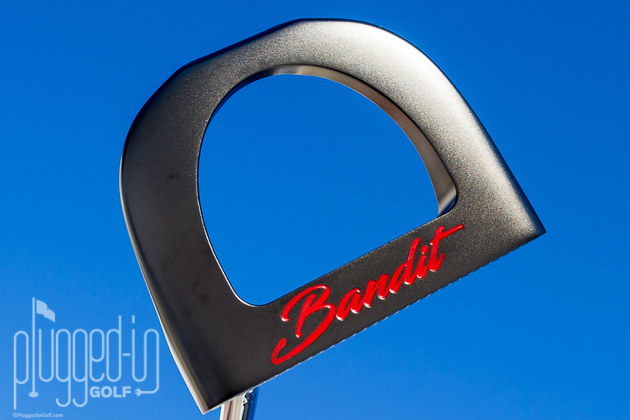 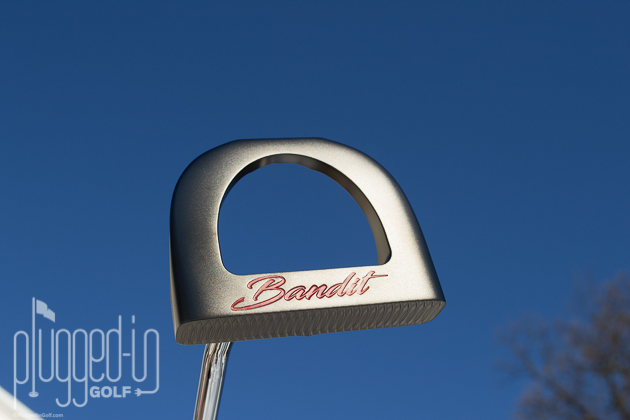 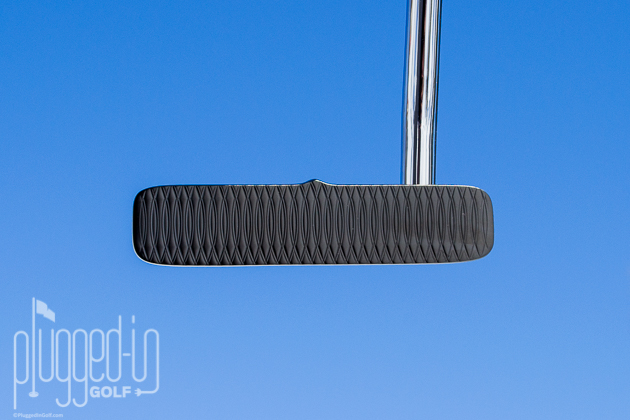 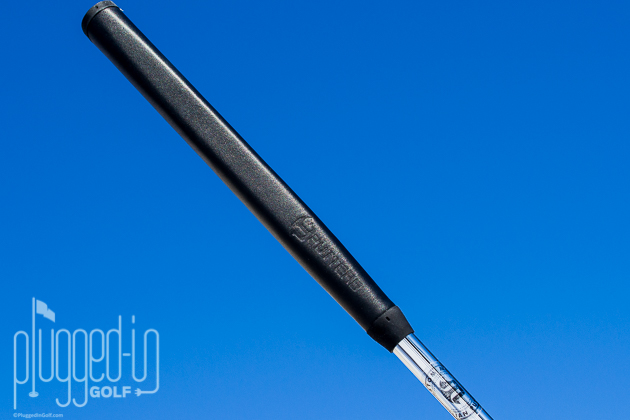 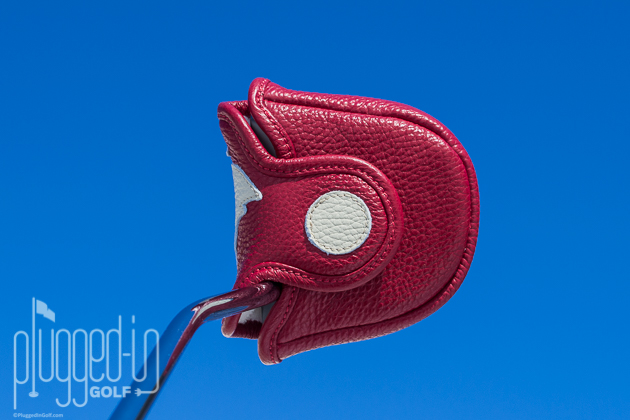