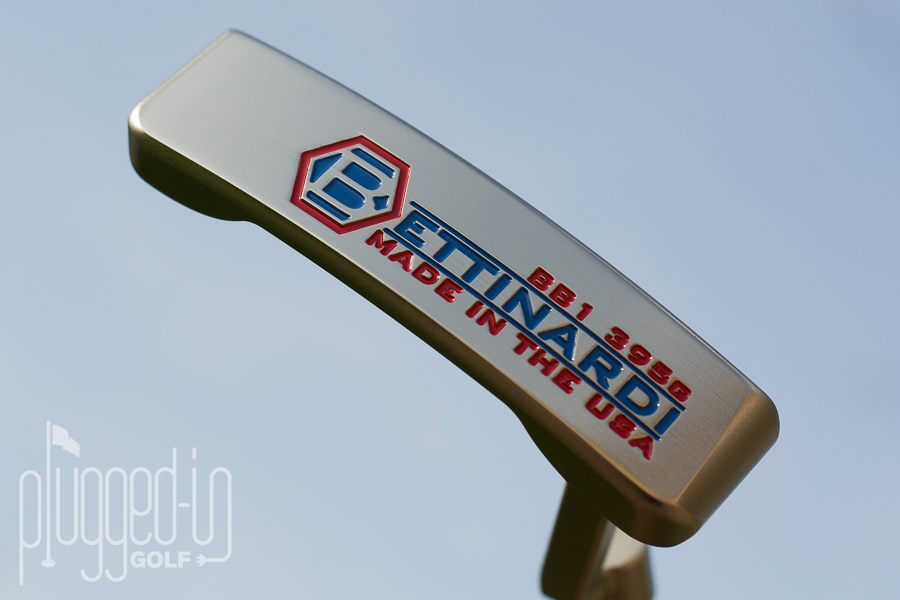 Precision milled.  High quality.  Great stability, control, and feel.  As always, made in the U.S.A.! 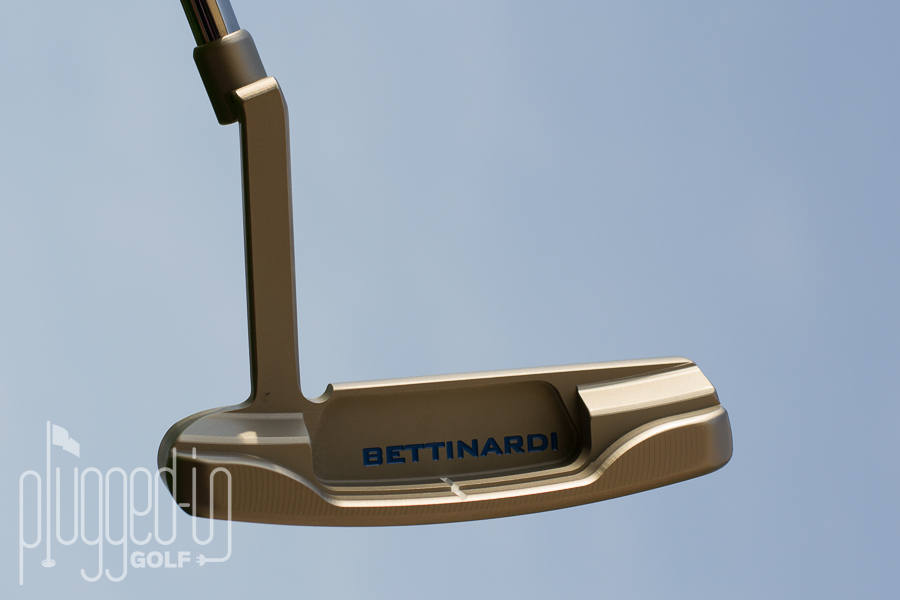 The Bettinardi BB1 is one of the greatest shapes in putters and for this reason is always a fan favorite of Bettinardi enthusiasts and golfers alike.  We were very fond of the the BB1 when we reviewed it earlier this year and now we’re going to take a look at the counter balanced version, the Bettinardi BB1 Counter Balance (BB1 CB). 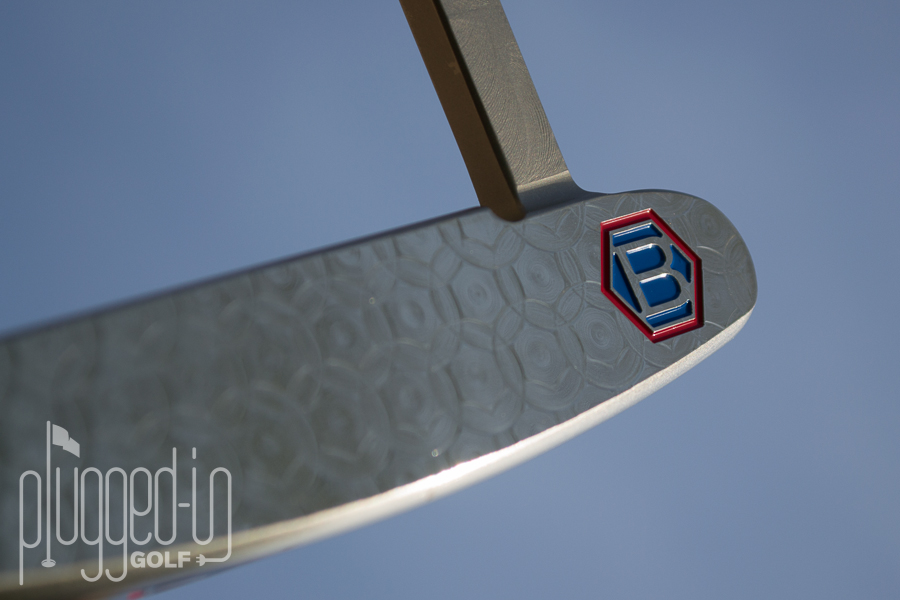 With one of the most traditional shapes in putters, the Bettinardi BB1 putter head is a sure favorite for many golfers.  The BB1 CB comes complete with the signature Bettinardi honeycomb face milling that not only looks great, but is functional as well in creating a perfectly flat face surface.  The finish is a satin silver to reduce sun glare and a highly polished face and sole with a patriotic red white and blue paint scheme.

Completing the look of the BB1 CB is the counter balance Bettinardi grip that is bright red with a blue honeycomb pattern and Bettinardi branding down the front. 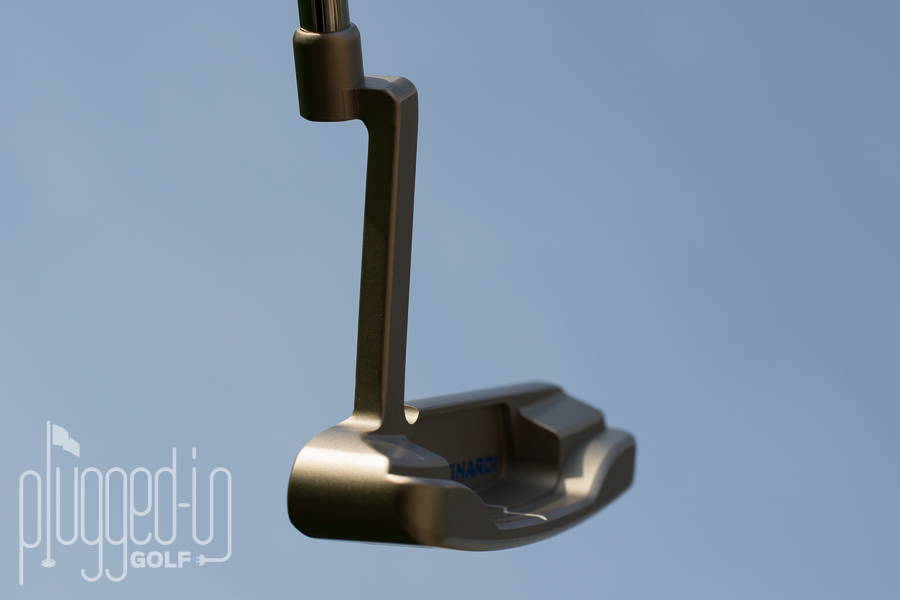 The Bettinardi BB1CB comes in weighing 395 grams which is significantly heavier than the standard BB1.  As a result of this heavier weight, the putter is a bit more solid all around and it definitely has an impact on the sound and feel of the putter.  First, the sound at contact is a little less “clicky” than the standard BB1 and you get a little but more of a muted thud.  The feel is just as responsive as the standard BB1, but the added mass seemed to make the putter feel a little softer, yet extremely solid.  The counter balancing of the BB1 CB makes it easy to find the sweet spot more consistently. 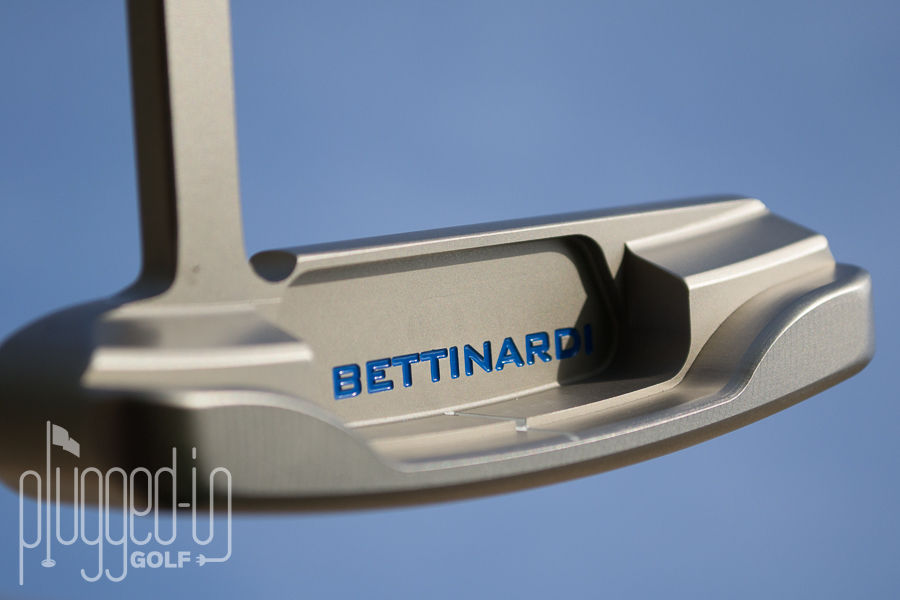 Maybe you currently use a belly putter and you’re looking for an alternative that will be considered legal in the future, or maybe you currently use a Bettinardi BB1 and would just like a little more stability in your putting stroke.  The Bettinardi BB1 CB has an additional 3 inches added in shaft and grip length which adds 42 grams to the weight.  To counter balance this, Bettinardi increased the headweight by 42 grams to 395 grams which creates a countering of the weight at each end of the putter.  What this does is create a balance point closer to your hands and provides more stability in your stroke because of the higher moment of inertia (MOI), which leads to more putts in the sweet spot of the face, and a better roll on the ball.  Often times, distance control takes some getting used to in a heavier or counter balanced putter, but I absolutely did not find this to be the case with the Bettinardi BB1 CB. 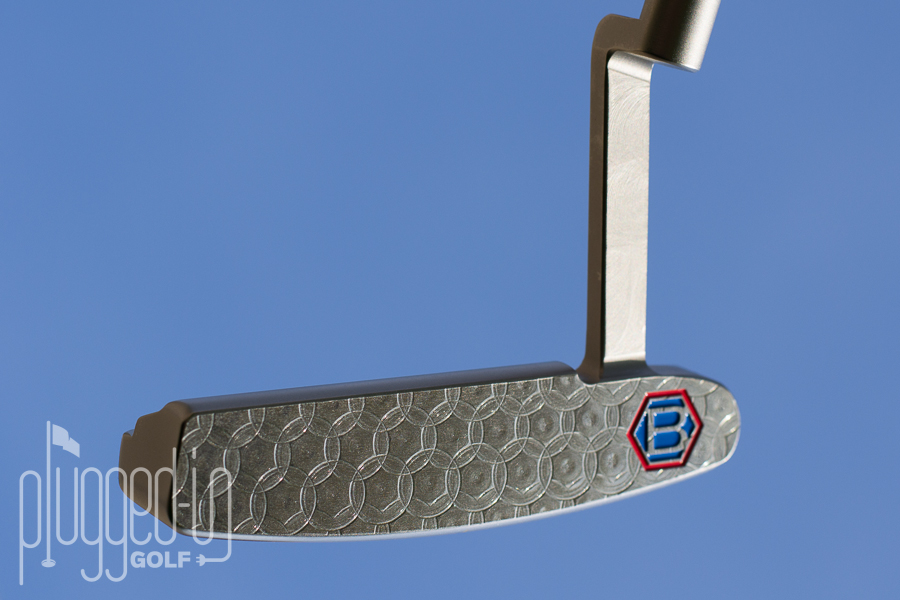 As much as I loved the standard BB1, I didn’t putt very well with it.  For kicks, I decided to make a real commitment to the Bettinardi BB1 Counter Balance and have been very pleased with the results.  It was great because I got to keep using the head shape that I prefer, but I found that I had a better feel with the BB1 CB, and I had much more stability within my putting stroke.  As a result of this better fit, and great confidence, I was rolling the ball better on the green and was able to just worry about hitting putts rather than being concerned about my “technique” whether it was two feet or from 65 feet.  With more and more putter companies offering counter balanced putters, a proven putter company like Bettinardi is exactly where you should look in this next evolution of putter stability.

The CB (Counter Balanced) models of the 2014 Bettinardi BB Series retail for $349. 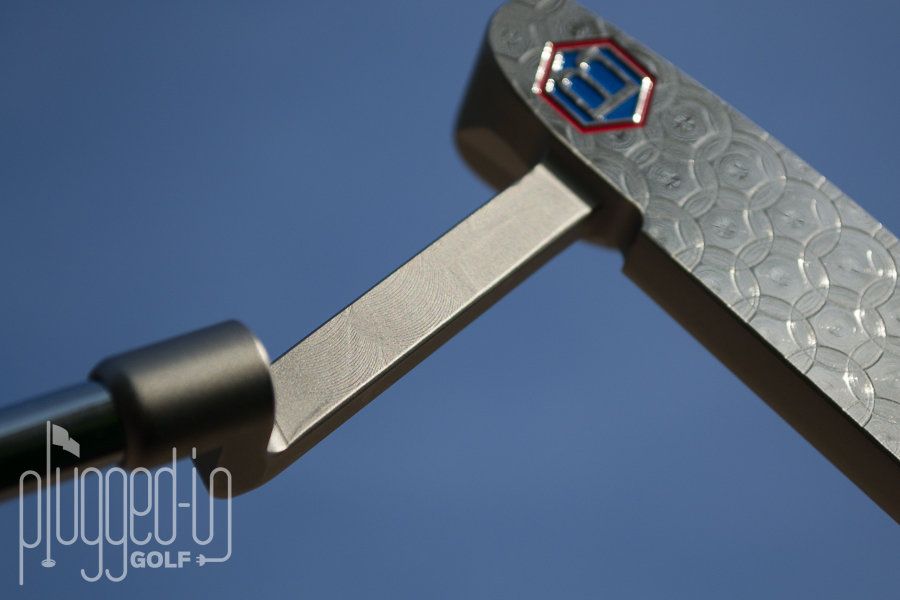 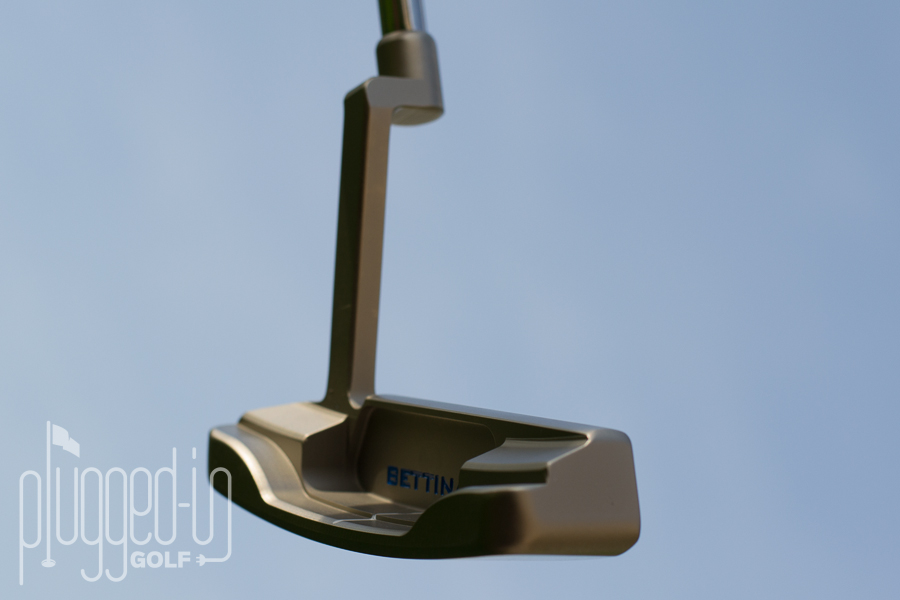 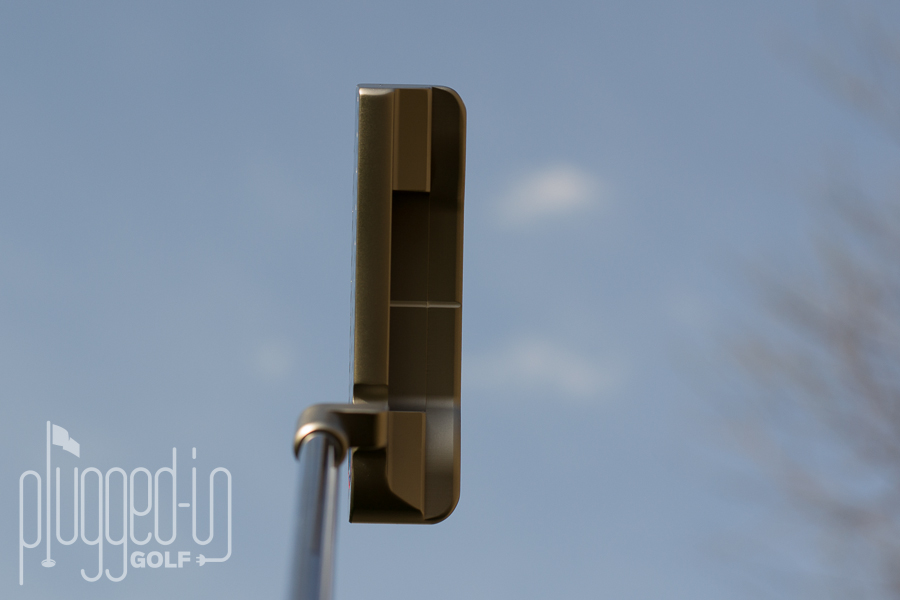 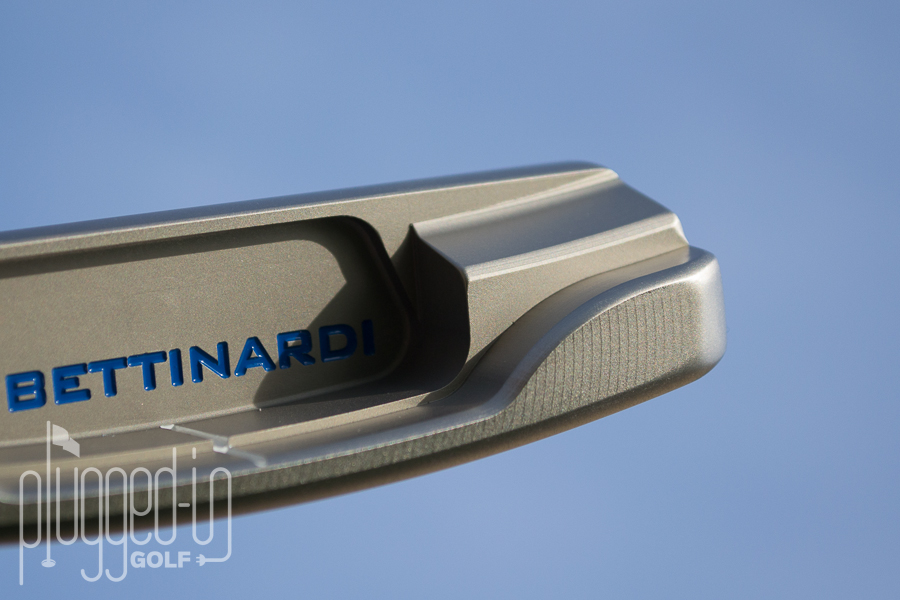