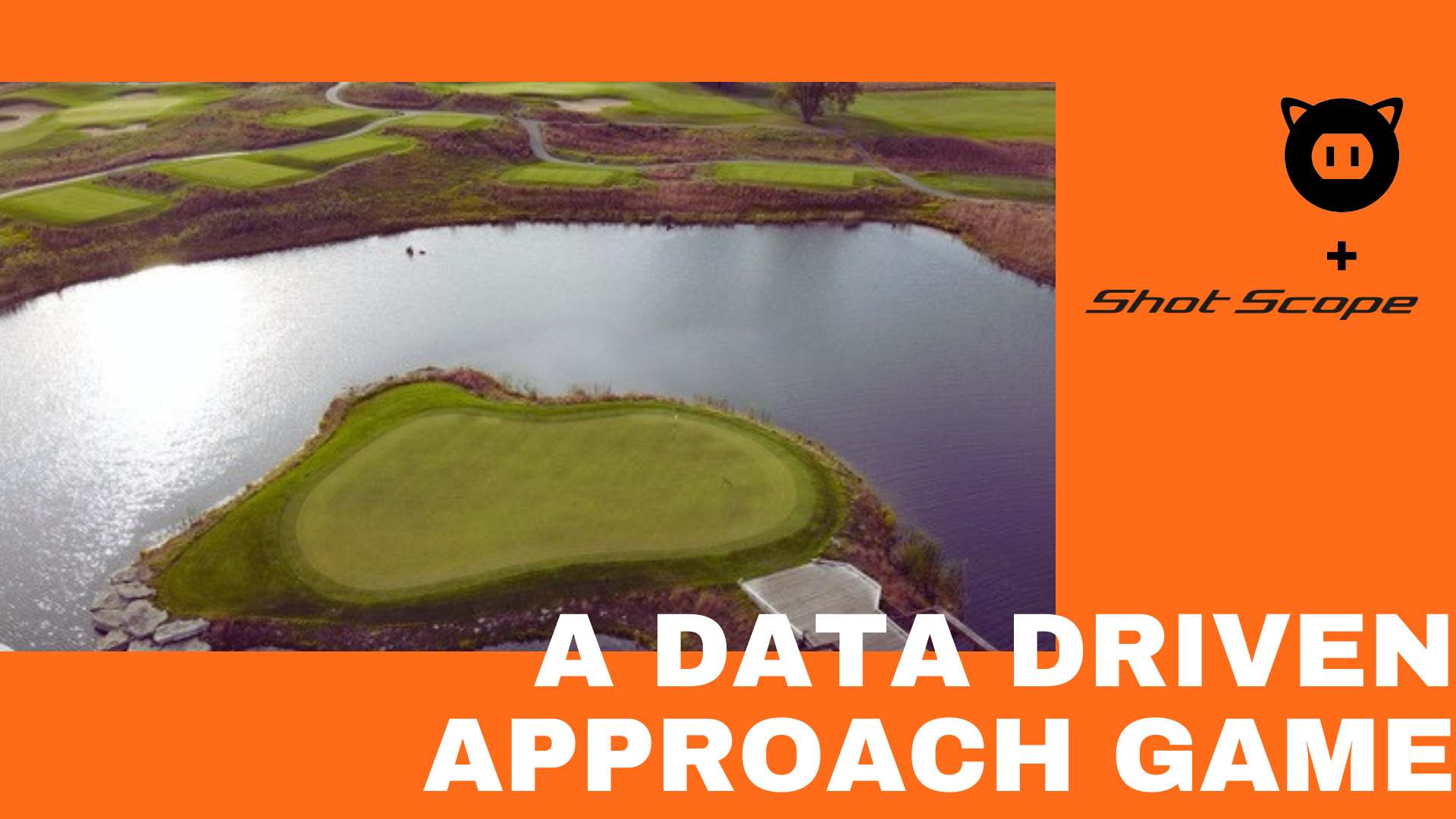 The King of Stats

Greens in regulation is the stat most closely tied to score.  Hit more greens, shoot lower scores.  So how can we improve our approach play to give ourselves more birdie putts?

In this lesson, I’m going to give each handicap level three bullet points that can be used to set realistic expectations, improve strategy, and reach a new level of play.  This data comes to us from our friends at Shot Scope and their analysis of millions of golf shots.

You want to improve your iron play

You want realistic expectations for your game 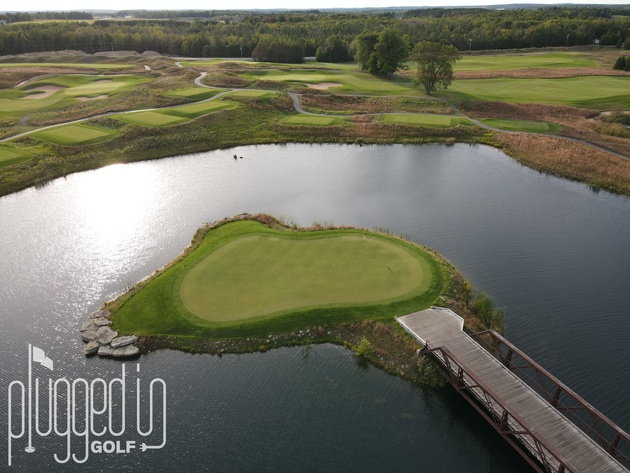 At these levels, you’re hitting just 14% or 20% of greens in regulation, respectively.  You’re leaving 71% or 58% of your approaches short.  For the 25 handicapper, it’s five times more likely that you’ll be short of the green than that you’ll hit the green.  Stop playing for the 1/100 shot that you hit perfectly and pull a club that will get you to the green more often.

Focus On Your Short Irons

From 75-125 yards, you’re only hitting the green 27% or 35% of the time.  If you want to see your scores fall quickly, get dialed in on those full wedge and scoring iron distances.  Also, again, take enough club.  47% or 36% of your shots from this range end up short.

Work to Improve Your Long Game 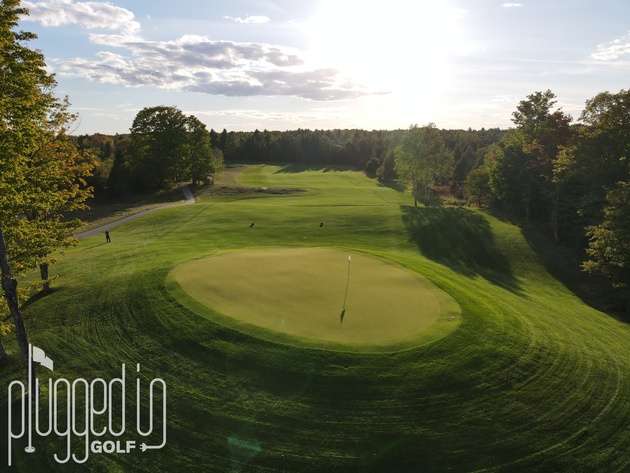 As a 15 handicap, you’re making several pars each round, and your blow up holes are less frequent.  However, you’re still hitting just 24% of your greens in regulation and leaving 53% of your approaches short.  Stop pulling the club that will get to the target on a perfect strike and start playing the club that will get there on an average strike.

Any GIR is a Good GIR

This will shock you, but as a 15 handicap you’re only hitting 42% of your greens from 75-125 yards.  Stop worrying about knocking the flag down and get yourself a birdie putt.  Your average proximity from this range is nearly 20 yards from the cup.  If you hit a shot inside 30 feet, you should be pumped!

Factor in the Rough 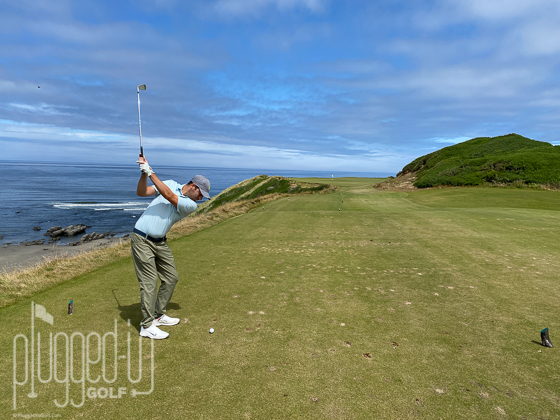 The jump from a 15-handicap to a 10-handicap comes with the biggest jump in GIR – 24% to 34%.  You also cut down your percentage of shots left short from 53% to 41%.  Those are great accomplishments, but there’s still a lot of room for improvement.  Stop targeting flags that are on the front of the green.  You have enough ball striking skill to hit a lot more greens if you choose better targets.

From 75-125 yards, you’re hitting 58% of your GIRs from the fairway but only 38% from the rough!  That’s because you’re leaving over 10% more shots short when you’re in the thick grass.  Put a little more time into reading your lie in the rough.  If the ball is sitting up, you may need more club because the ball can hit the top of the face and fly straight up in the air.  If it’s sitting down, put some extra force into your swing and pick a target with some margin for error.

The jump from 15 to 10 also coincides with one of the biggest improvements to long approaches.  You’re now hitting 17% of your greens from 172-225 yards.  But just as with the short shots, the rough really hurts you: your GIRs drop from 22% in the fairway to 12%.  Predictably, the majority of those shots (60%) end up short.  While this lesson is all about hitting more greens, when you’re in the rough at this distance, consider a line that will be ok even if you don’t get the ball all the way to the putting surface. 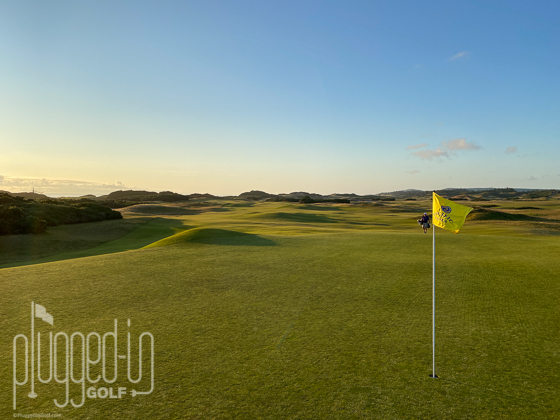 Cashing In Your Opportunities

What separates a 5 handicap from a 10?  A big part is hitting the green at short range.  As a 5 handicap, you’re hitting 62% GIR from 75-125 yards, 11% better than the 10 handicap.  You clearly have the ability to hit your wedges well, but keeping your expectations and targets realistic will enhance those skills.  Anything inside 30 feet is a great shot, so stop aiming at sucker pins.

The Road to Scratch

The biggest difference between a 5 handicap and a scratch player is their ability with the long irons.  You’re hitting 19% of your GIRs from 175-225 yards.  They’re hitting 31%.  That 12% difference is entirely comprised of shots left short.  Work on hitting your long irons flush and start aiming at the center of the green from long distance.

The Road to Scratch Part 2

The other massive difference between a 5 handicap and a scratch player is the short and mid iron game.  From 125-175 yards, the scratch player hits 15% more greens in regulation.  Again, the majority of that difference is made up of shots left short.  This is more likely about bad target selection than it is about ball striking.  At this range, you’re hitting less than half of your GIR, so stop aiming at flags and get yourself a birdie putt. 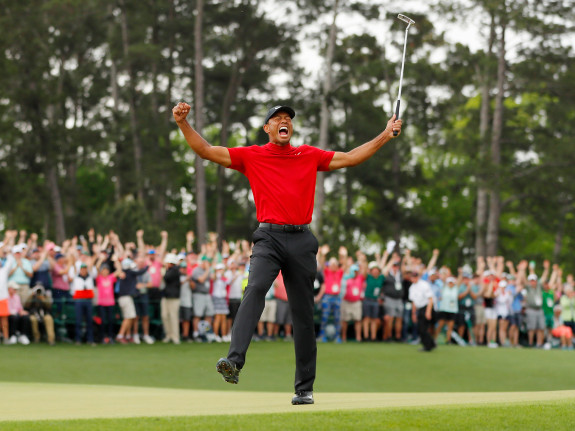 For the Scratch Player

At this level, you’re an excellent ball striker, and that’s reflected in the fact that you hit 53% of your greens in regulation.  What’s more, you’re only leaving 25% of your shots short of the green – far less than any other handicap group.  That said, you hit only 6% of your shots long, so you still might consider choosing a target slightly deeper on the green.

Moving from a 5-handicap to scratch comes with the biggest improvement in long iron play.  A scratch player hits 31% of their greens from 175-225 yards.  Interestingly, they’re also largely unbothered by the rough at this distance.  While you may be the most skilled ball striker, you still have more shots that are short of the green than GIRs.  Take enough club and stop aiming at front pins.

Even as a scratch player, a real stick, you’re hitting just 69% of your GIR from 75-125 yards.  Just because you have a wedge in your hand doesn’t mean you’re guaranteed a tap-in birdie.  Think about aiming your entire shot pattern onto the green – shotgun, not sniper rifle – and you’ll have more birdie putts and fewer bogeys.