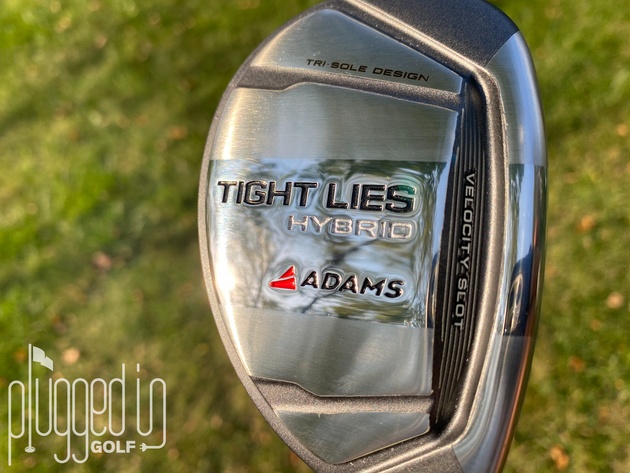 The 2021 Adams Tight Lies Hybrid is extremely easy to hit.  Well designed to deal with all variety of tough lies.  Tremendous consistency. 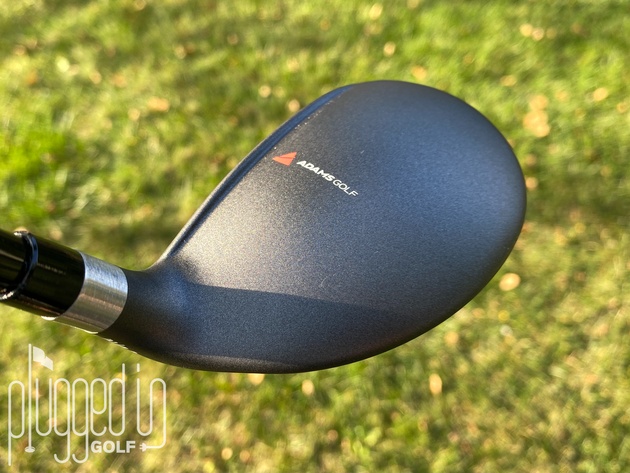 Adams Golf started out with the Tight Lies, grew into a high performance, full-line OEM, and is now being reborn with a singular focus on the Tight Lies line.  For this relaunch, Tight Lies comes in two models – a fairway wood and a hybrid.  In this review, I’ll examine the Tight Lies Hybrid to see if it can fill the shoes of the club that started it all. 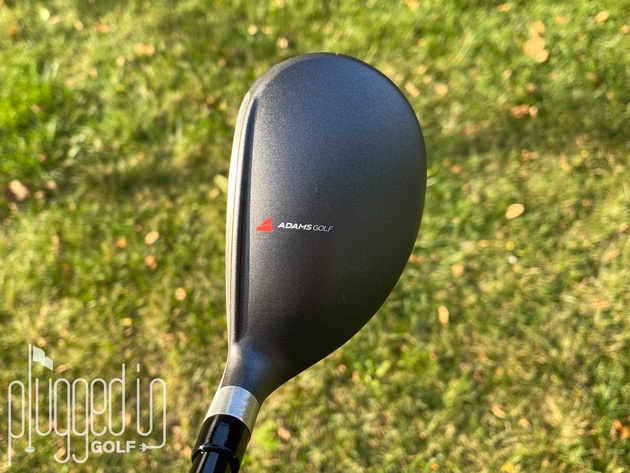 The 2021 Adams Tight Lies Hybrid is a big hybrid.  It’s long from front to back with a shape that, surprisingly, favors the toe a bit.  The matte grey crown has an Adams Golf alignment aid which is slightly toward the heel.  What stands out most at address is the lip on the front edge, a result of Adams’s Extended Face Technology.  Finally, it’s worth noting that this club wants to sit a little closed at address.

Flipping the club over, you’ll find a clean looking sole.  There’s simple Tight Lies and Adams branding across a chrome section in the middle.  Two pieces of technology – the Velocity Slot and the Tri Sole Design – get called out, but it’s done in a way that doesn’t detract from the overall look. 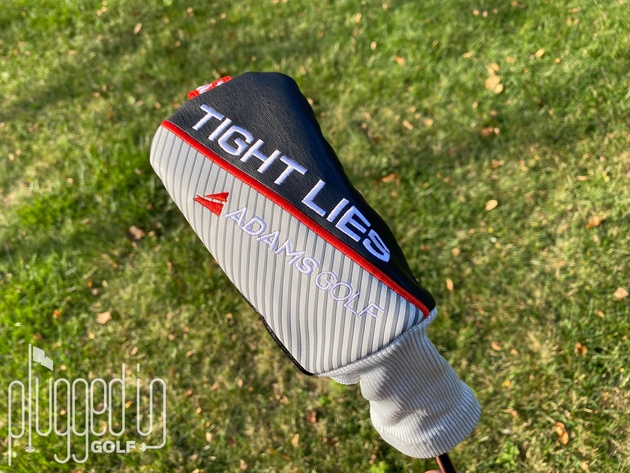 The Tight Lies headcover has strong retro vibes.  I think this falls on the positive side of the throwback continuum, but if you never gamed an original Tight Lies, this could be a miss for you. 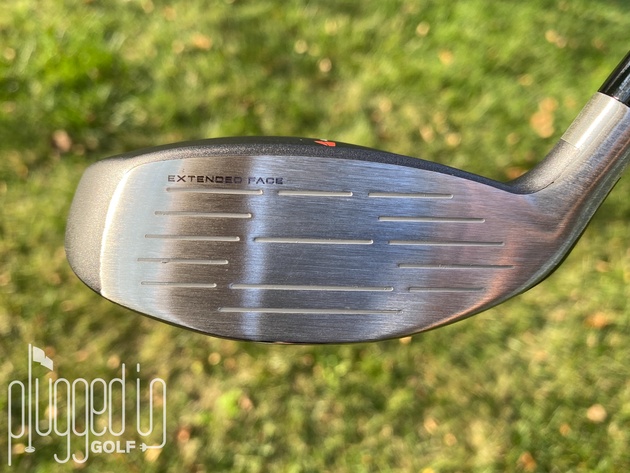 This traditional sound matches the feel which is more solid than fast.  In fact, the feel is so far from that springy, fast sensation that I was starting to wonder if this club had any ball speed in it.  Those concerns were quieted when I got to the launch monitor. 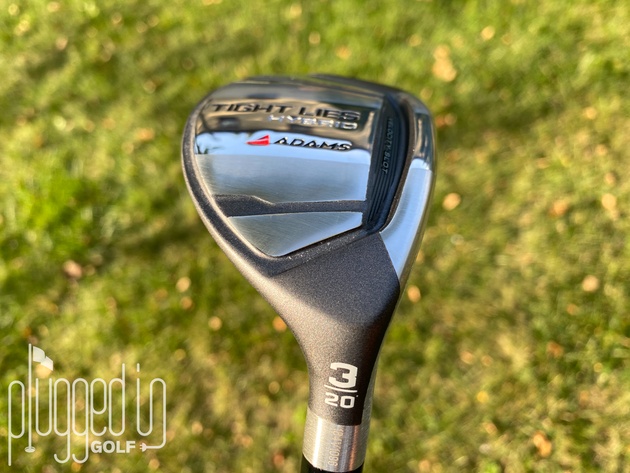 The hallmark of the original Tight Lies was that it could produce a good shot from any situation with almost any kind of swing.  The 2021 version takes that to an even higher level – it is one of the easiest to hit clubs that I’ve tested.  From the first swing through the final testing session, I felt like I knew where every shot was going to land.

Digging into the specifics, I found the Tight Lies Hybrid to be mid launch and mid spin.  And those ball speed concerns I mentioned earlier were unfounded: on centered and un-centered shots, there’s plenty of speed.  The Tight Lies Hybrid is not a distance club, but if you want repeatability, consistency, predictability, it has those in spades.

In terms of direction, I was concerned that the Tight Lies Hybrid would be strongly draw-biased, but I found it to be point and shoot.  With a normal swing, it just wants to go straight.  You can shape shots with it if you try, but that’s not really what it’s built for.

Finally, as with the original, the Tight Lies Hybrid performs well in every kind of situation.  The Tri-Sole Design minimizes drag, allowing the club to lift the ball off thin lies or dig it out of the rough.  Extended Face Technology expands the face 7mm to give you more margin for error off a tee or when you catch a fluffy lie.  After I saw how easy the Tight Lies Hybrid was to hit, I went looking for tough lies and failed to find one that this club couldn’t overcome. 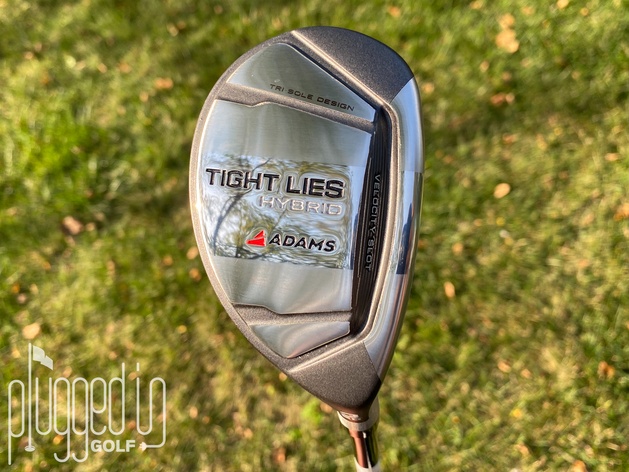 Whether you’re looking for a club to save you from tough situations or one that will simply put more consistency into your long game, this is it.  The 2021 Adams Tight Lies Hybrid is insanely easy to hit, and it shines brightest from the most difficult lies.

The 2021 Adams Tight Lies Hybrid is only available through the Adams Golf website, linked below.  Though you can’t try the clubs in a store, they are offering a 30-day money back guarantee. 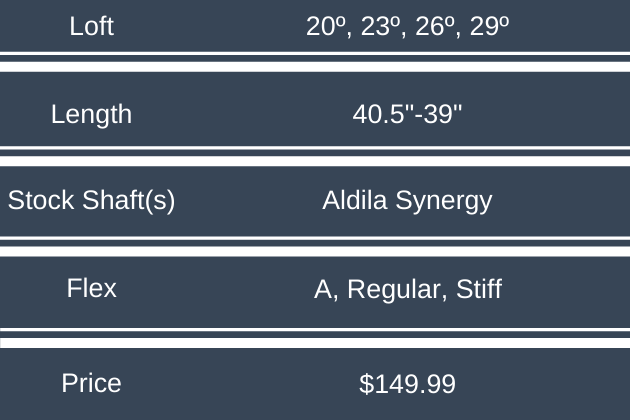