Pacific Palisades, CA – 2013 Masters Champion Adam Scott outlasts the star-studded leaderboard to win the 2020 Genesis Invitational at Riviera Country Club in Southern California.  Tied for the lead on Sunday morning standing on the first tee with his two playing competitors, Scott found himself as a 13-time PGA Tour winner yet not seeing a victory in almost 4 years.  Although Scott had won this event back in 2005, it is not officially recognized since the event was shortened by rain to 36 holes.

It was not an easy road as Scott saw his chances shrink drastically as he dug himself into a hole with a bogey at 4 and a double bogey at 5.  Riviera was not going to be easy for any player, however, and Scott was able to bounce back with a birdie on 6 to keep himself in the game.

Meanwhile, his playing partner Rory McIlroy was unable to minimize the damage at the 5th, posting a triple bogey.  Rory would never really recover.  Matt Kuchar was also in the last group.  After an opening 64, Matt led after 18, 36, and 54-holes yet found himself in a tie for 1st on Sunday morning at 10-under par.  Surprisingly, it was Harold Varner III who grabbed the first sole possession of first place on Sunday at 11-under par after eagling the first.  Even Varner lost his way after a 4-over 40 on the back nine.

Kuchar was the last playing partner to give Adam a run for the title.  Even Kuchar couldnt keep pace though as he bogeyed 10 and 12 to drop out of first.   A birdie at 17 was too little too late.  Once Adam emphatically drained his birdie putt at the 17th, he knew he had the trophy.  He polished off his round with a perfect drive and an easy par on 18. 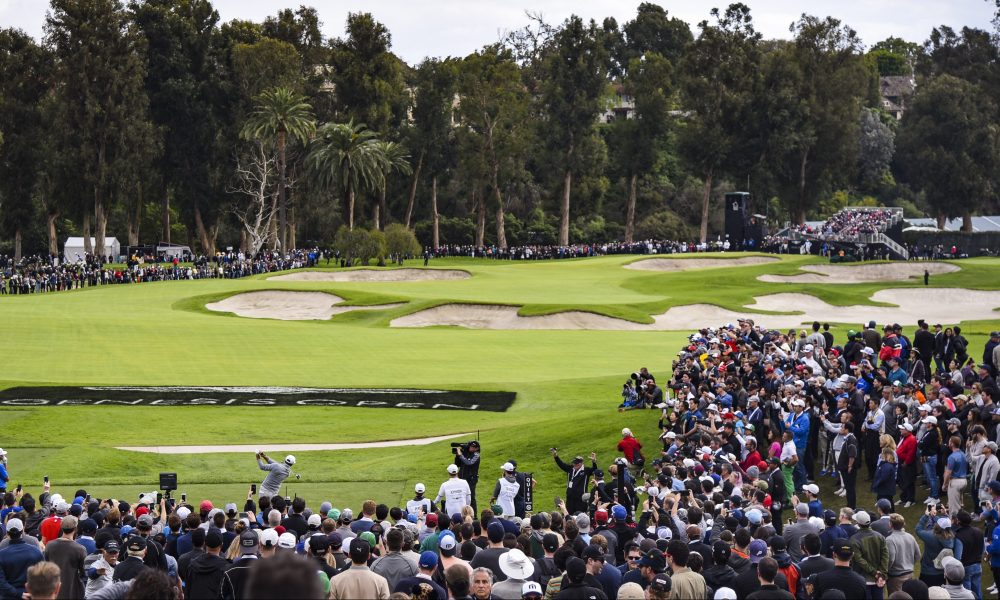 Tournament host and Tiger Woods did not play well after struggling on the greens through the weekend.  Although he made the cut, he finished dead last at 11-over par.

Next week, the PGA Tour heads down to Mexico where the first WGC of 2020 will be held and Dustin Johnson is the defending champion.