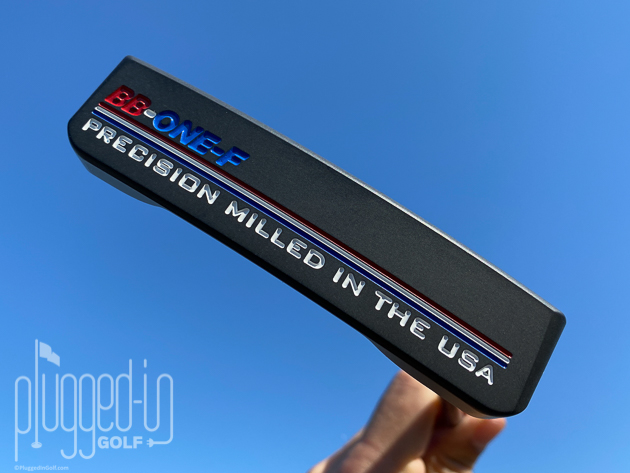 The Bettinardi BB1 and BB1 Flow putters are two solid versions of the most-used putter design in golf.  Workhorse putters that can be in your bag for years. 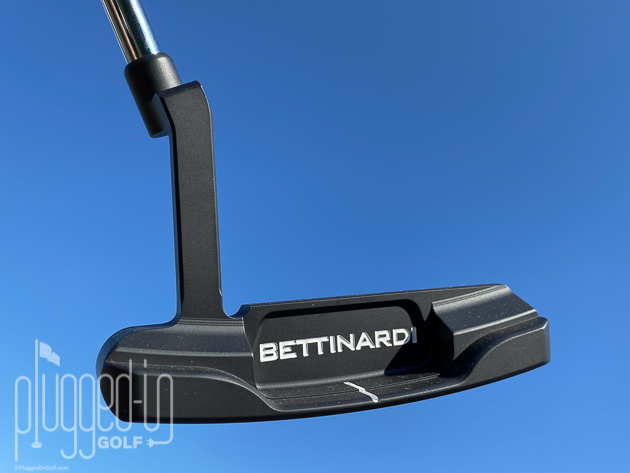 While true golf equipment purists will always regard heel-toe weighted blade putters as “Anser-style,” there are some putter makers with enough history that their names for this style can serve as synonyms.  Bettinardi and the BB1, like Scotty Cameron and the Newport, is one example.  For his 2020 BB Series, he’s introduced two new versions of the BB1 which I tested for this review. 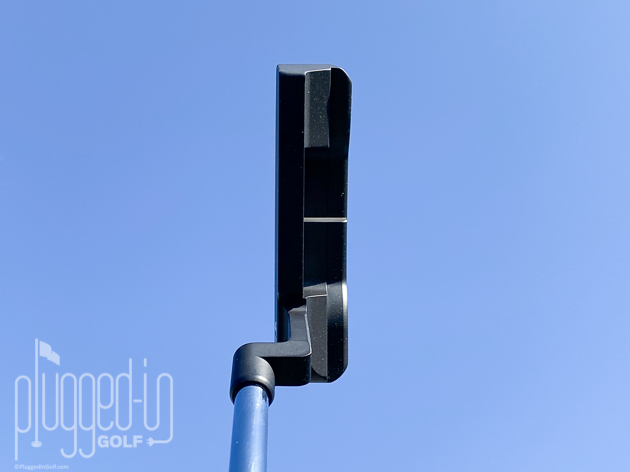 The Bettinardi BB1 and BB1F mix a quality black finish – “Glacier Black” – with a classic head shape.  For the majority of golfers, that’s a winning recipe.

As it has been in the past, the BB Series putters are more workhorses than show horses.  Fittingly, the face of these putters has the “Super Fly Mill” rather than the intricate Honeycomb milling that Bettinardi is known for.  The Super Fly Mill looks cool in its own right, but its not the head turner that the Honeycomb is. 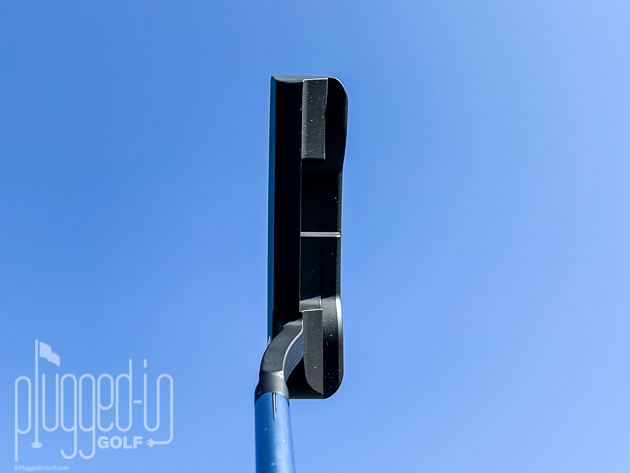 Diving into the weeds a bit, this version of the BB1 has a thick top line, particularly in proportion to the rest of the putter.  The flange and bumpers look very thin, at least in comparison.  My preference is for a slightly wider putter with a top line that’s less visually dominant, but I’m sure others will find this thinner version to be very attractive. 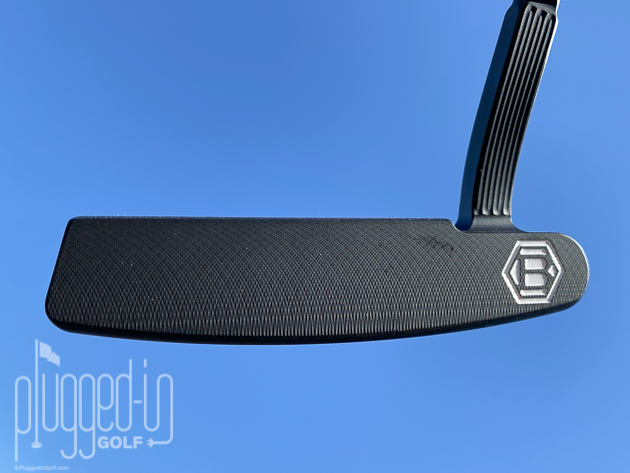 Having tested many generations of Bettinardis, I can say with certainty that there are few putters with such exacting feedback.  Most putters, or clubs in general, have two feels: one for good strikes, one for mishits.  The Bettinardi BB1 and BB1 Flow produced four distinct sound and feel experiences for me.

On absolutely perfect strikes, the BB1 is very soft with a sound close to a “thud.”  Good strikes produce a slightly firmer feel with a “tock” sound.  When you cross into the category of small mishits, the putter gets louder still.  Finally, when you hit a truly poor putt, you’re met with a very dull sound and feel. 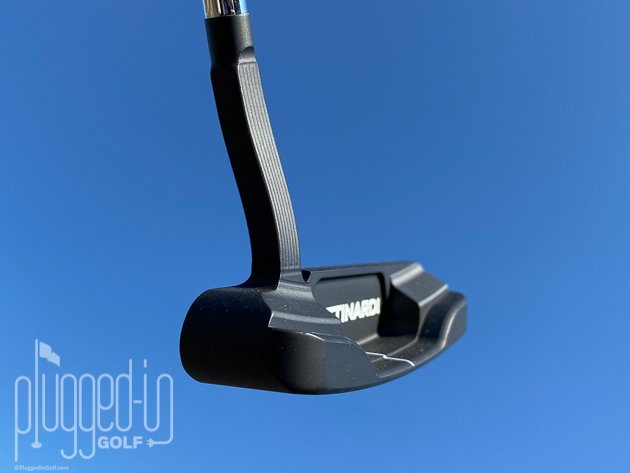 Let’s start with the things that the Bettinardi BB1 and BB1-F have in common.  Both versions have head weights at the modern standard of 350 grams.  Both models are milled from Soft Carbon Steel with stock specs of 3 degrees of loft and a 70 degree lie angle.  Finally, both putters come with Lamkin SINKFit grips in either standard or jumbo size.

In terms of forgiveness, neither putter will surprise or disappoint.   As with nearly all Anser-style heads, you can expect a good result from small misses, especially on shorter putts.  However, when you get out to 30 feet or more, mishits become obvious as they will end up well short of the target. 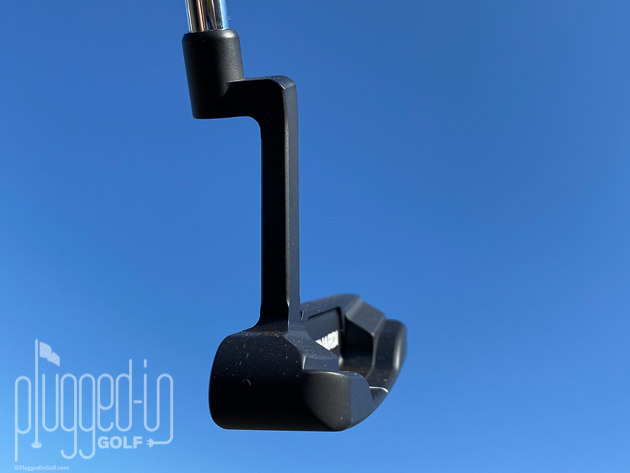 Where the BB1 and BB1 Flow differ is at the neck.  The BB1 has the traditional plumbers neck.  This produces a full shaft offset and what Bettinardi calls “moderate” toe hang.  The 2020 BB1 has had the neck moved slightly toward the heel to boost toe hang, which I measured at approximately 4 o’clock.

The BB1-F has a flow neck which creates less offset and more toe hang.  Bettinardi specs out the offset at 3/4 shaft and the toe hang as “Moderate Plus,” which I measure to be 5 o’clock.  Both of these changes make the BB1-Flow the choice for players with strongly arcing strokes.  Finally, it’s important to note the importance of visual preference.  Confidence over the ball is huge, so don’t be afraid to choose the model that looks better to you at address. 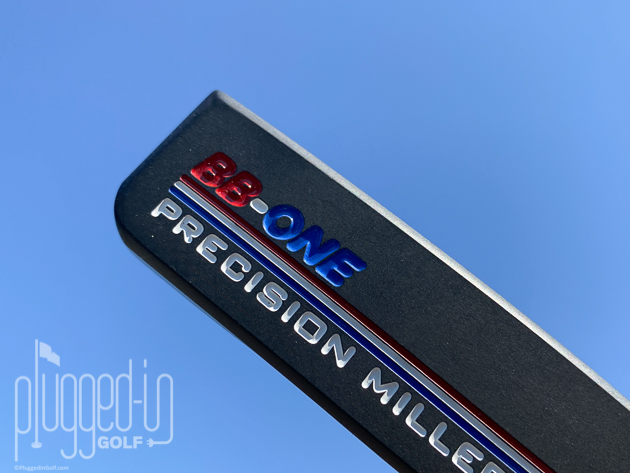 For players that want a high quality Aser-style putter in their bag, it’s hard to go wrong with either version of the Bettinardi BB1.  Try both, consult with a fitter, and trust your own eyes and preferences to choose the model that best suits your game.