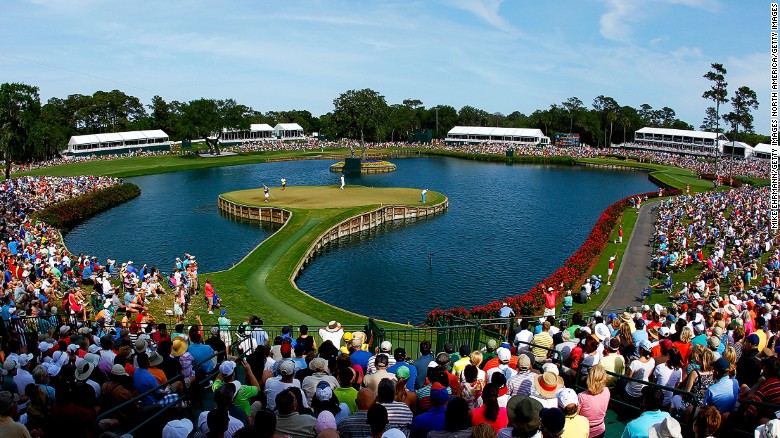 Ponte Vedra Beach, Fl – Webb Simpson laps the field at TPC Sawgrass for an astounding 4-stroke victory at the 2018 Players Championship. Simpson, who hasn’t won on tour since his US Open victory in 2012, put together a magical week at TPC Sawgrass. Often referred to as the fifth major, the Players Championship boasts the largest purse in any golf event with the top finisher gaining a 5-year exemption on the PGA Tour and a 3 year exemption to all the majors. Typically, the course plays as one of the hardest on tour and although Simpson put one in the water on 17 on Friday, Webb managed a second round 63 to vault him to the top of the leaderboard. By Saturday afternoon, Simpson had jumped ahead of the field by 7 strokes and a commanding lead heading to Sunday.

With plenty of big names on the leaderboard including Jason Day, Dustin Johnson, Jason Dufner, Jordan Spieth, and Tiger Woods, Sunday was set up to be an exciting finish. But with a seven shot lead going into the final round, it was Simpson who was the par-machine and held onto to the lead despite Sunday charges from some of the biggest names in golf.

Webb, who wore neon pink for his final round in honor of Mother’s Day, birdied 16 to take a 6-stroke lead. History has shown us that the final two holes at Sawgrass can eliminate big leads in a hurry, but Simpson knowing where he stood, played safely to the center of the famous island green on 17, and 2-putted for a relieving par. After a beautiful drive in the fairway on 18, Simpson added some final round drama by over-cooking his 6-iron into the water on his approach. Taking a drop behind the green, Webb was able to save double-bogey, exhale, and finally relish the moment of knowing he would be crowned the Players Champion.

Tiger Woods made his first appearance this week since the Masters at an event that he has won twice. Tigers week didn’t start off very fast, however, posting scores of 72 and 71, and barely making the cut. But after shooting a 64 on Saturday (his lowest career-round at the Players), he made a charge up the leaderboard in a tie for 8th. Although he played well Sunday, posting 4 birdies on the front nine and 2 on the back for a 69, it wasn’t enough.