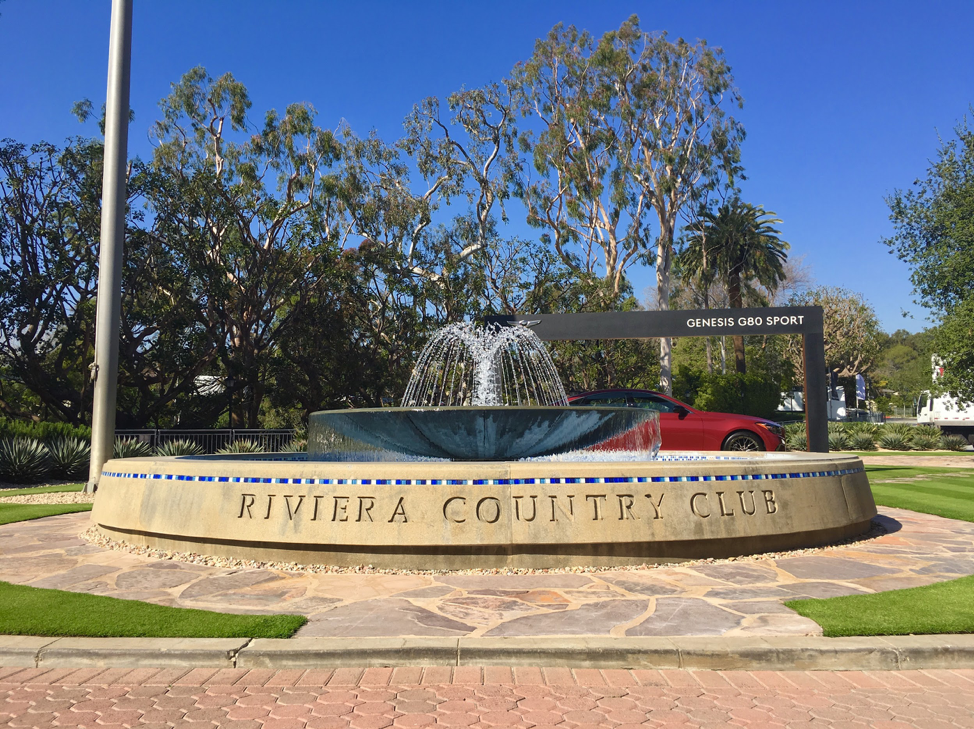 Pacific Palisades, CA – With a final round 69, Bubba Watson was able to end his winless drought and take home the hardware for the third time at Riviera. With opening rounds of 68 and 70, the 2-time Genesis Open champion made an early charge on Saturday. After an eagle at the first, he propelled his way to the top of the leaderboard on moving day with a strong 6-under 65. He extended his lead with birdies at the 6th, 7th, 9th, and the short par-4 10th giving Watson the 54-hole lead heading into Sunday.

Watson’s 2 under 69 on Sunday was just enough to hold off Kevin Na (69) and Tony Finau (69) who both made charges of their own in the final stretch of holes. Bubba started strong with a birdie at the par-5 first, but things slowed from there as he turned in a +1 36 on the front 9.

The diabolical short par-4 10th hole frustrated some of the world’s best players this week but Watson wasn’t one of them. Playing conservatively, he began his back 9 with a par on 10 and a birdie on the par-5 11th. After back-to-back pars for Bubba on 12 and 13, he hit his tee shot on the par-3 14th left of the green into the bunker. Taking a few moments to discuss with his caddie Ted Scott, Watson settled into the sand and proceeded to hole out for birdie! Heading to the 15th after an impressive bunker shot, Bubba knew this was his time. His focus and grit led him to one last birdie on the 17th to give him a 2 stroke lead walking into 18th. A 2-putt par gave Bubba the win and the emotional tears immediately after.

Bubba now joins Ben Hogan and Arnold Palmer as the only players ever to win this tournament 3 times.

Notables in field this week were Jordan Spieth (T-20), Rory McIlroy (T-15), Phil Mickelson (T-22) and Tiger Woods (MC). 42-year-old Tiger made his second start on the 2018 PGA Tour season and first appearance at Riviera since 2006. Although he brought record crowds to the LA tournament, Woods missed the cut comfortably (Cut was +2) with a 72-76 for a total of +6. It wasn’t all bad news though as Tiger totaled 8 birdies which was 14th best in field over the first 36 holes and also committed to next week’s Honda Classic at PGA National in Palm Beach, Florida.