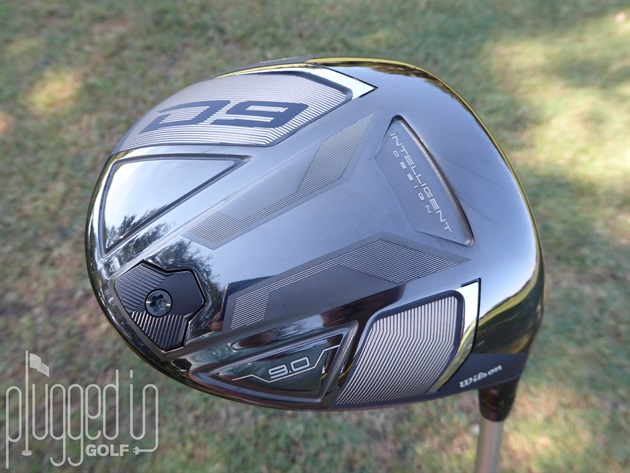 The Wilson D9 driver uses its huge sweet spot to provide the typical golfer what they need – distance and forgiveness.  It also delivers what they want – an attractive price. 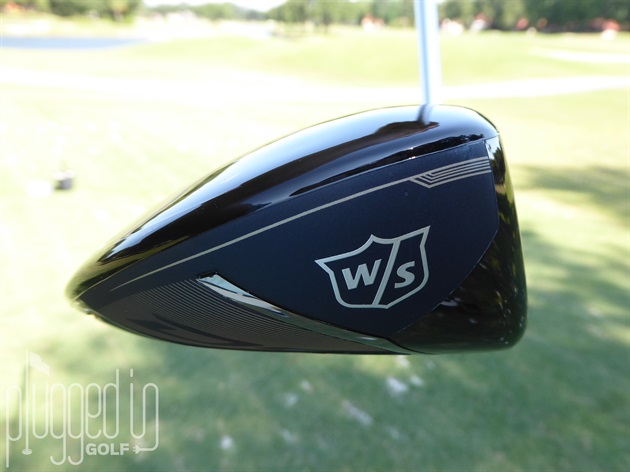 Visiting the Wilson Golf website to research tech on the new D9 driver, I scrolled into the reviews and couldn’t help but notice how loyal Wilson golfers are.  So many posts referred to replacing their old – and I’m talking several models old – Wilson driver with the D9.  I concluded that players of Wilson drivers have discovered not only the value of budget friendly clubs, but also the inherent value of longevity and reliable performance.  Will the Wilson D9 keep them loyal?  Let’s dive in. 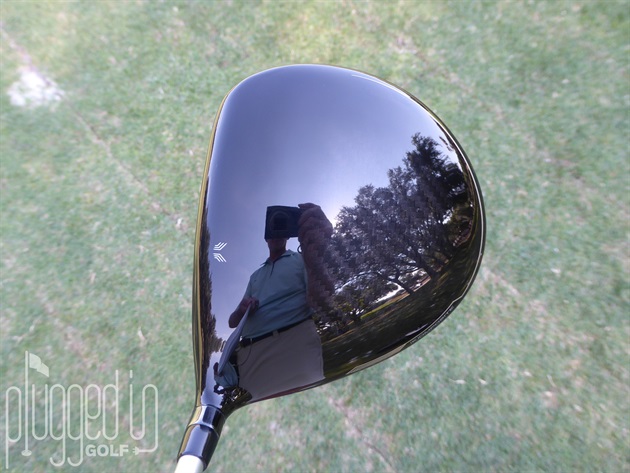 In the address position, the Wilson D9 driver looks large and powerful with a well balanced, elongated, round shape.   The glossy black crown is highlighted by pinstriping on the trailing edge and carbon fiber weave reveal in the middle section.  At first I was alarmed at how flat the face appeared, but closer examination confirmed the face does in fact have curvature – just less visually pronounced than most drivers. 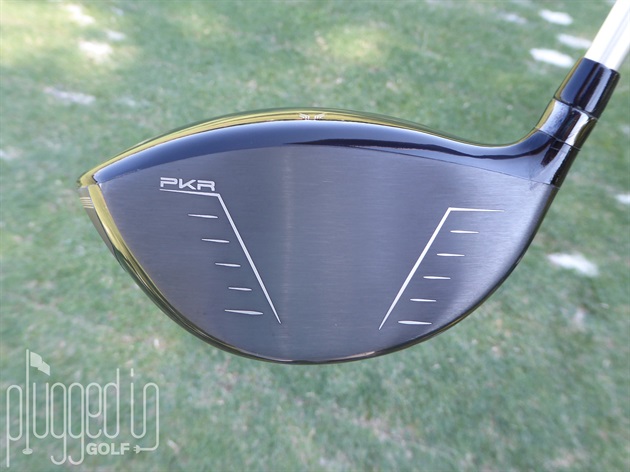 While on the subject of the face, it’s tall and commanding.  I like the dark grey finish, but the silver graphics seem askew.  Compared to both the photo on the Wilson Golf website and the axis between the sole and the alignment aid on the crown on my driver, the graphics appear rotated towards the heel. 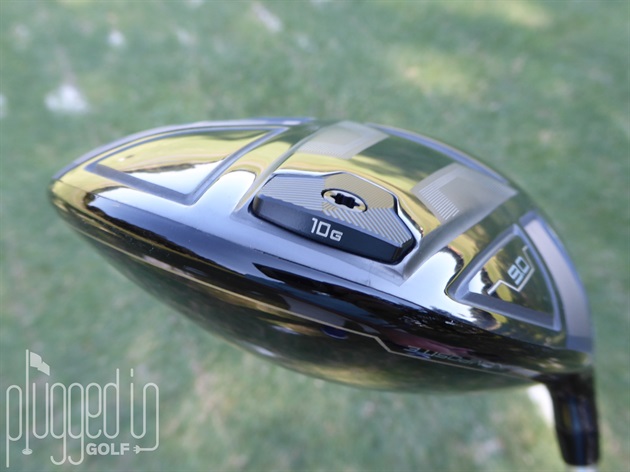 Flipping the club over, the sole of the D9 driver is clean and streamlined, with a single weight port at the back.  Overall, this is the best looking Wilson Staff driver of the past several years. 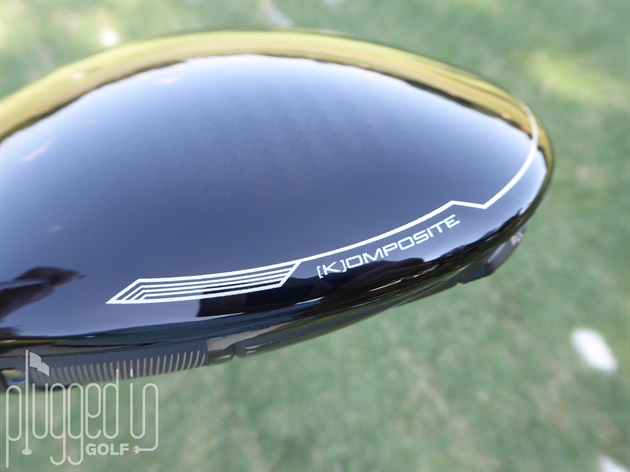 Perfectly aligned with the strong adjectives used to describe the looks, the Wilson D9 driver delivered a loud, percussive ‘tank.’  The sound was consistent across the face, inspiring me to think that I just couldn’t miss.

Contact felt solid and stable, attributable in some part to the [K]OMPOSITE CROWN.  Comprised of a layer of Kevlar (hence the “K”) sandwiched between layers of carbon fiber, the crown is designed to neutralize vibration as well as fortify the feel – and even plays into the acoustics. 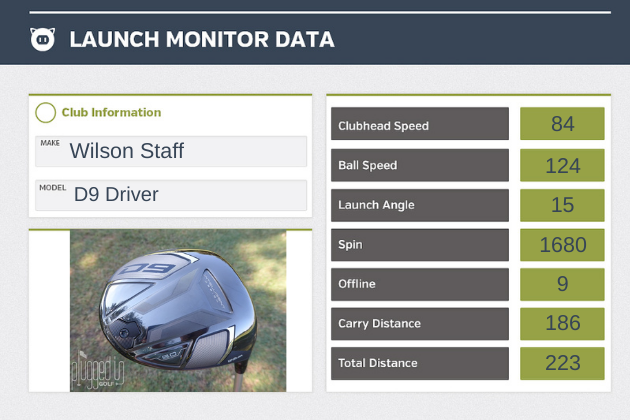 Reviewing my launch monitor data, I wasn’t surprised to find consistent results after experiencing what felt like a huge sweet spot.  Ball speeds were high and landing groupings were tight.  Spin was low, which when combined with the low launch of the 9° loft significantly impacted my carry.  No complaints however on the resultant roll-out – especially when the ball was rocketing straight down the fairway. 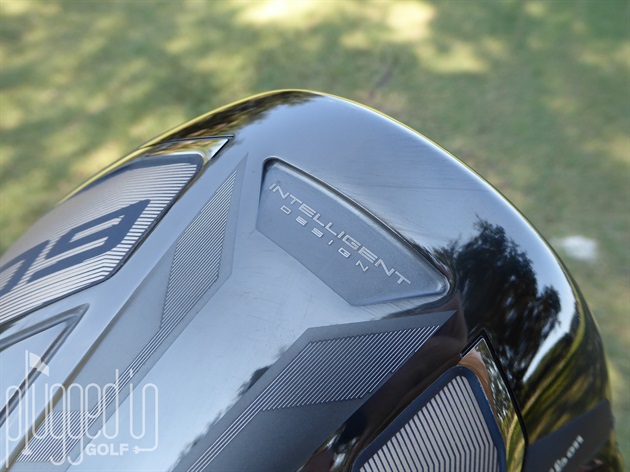 To maximize performance of the D9 driver for both distance and forgiveness, Wilson engineers explored ‘intelligent design,’ computer simulating hundreds of face geometries.  The designers landed on what they call “fractal zones, each tuned for explosive distance.”  As a family of zones, Wilson refers to the face technology as Peak Kinetic Response, or ‘PKR’ as you may have noted on the face photo. 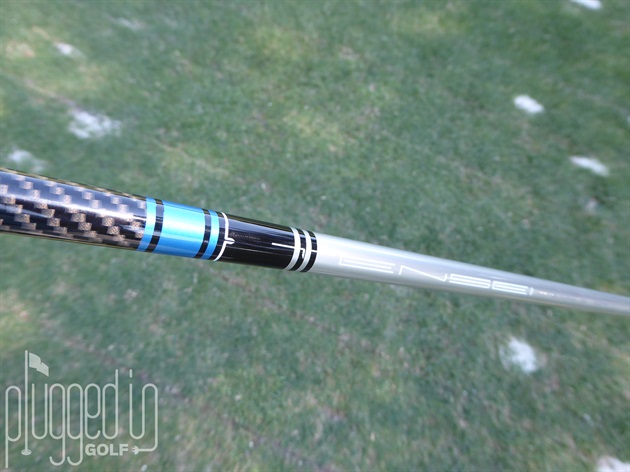 You also likely noticed the fixed hosel.  And while adjustability is a much needed feature for some golfers to match up with their swings, if the stock D9 performs for you – it’s good to go.  On a similar note, there’s no choice in shafts other than flex. 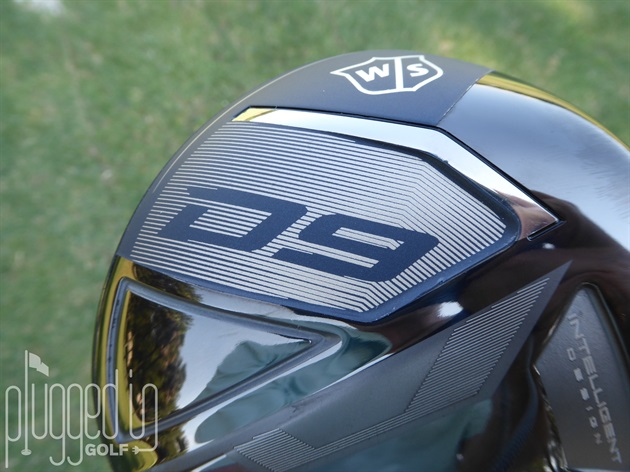 Besides the good looks and strong performance, the other noteworthy feature of the Wilson D9 driver is the price – $349.99.  That’s still a lot of money for a single club, but a relative value when you compare it to the new drivers of most other brands.  I’ll close with this gem from Wilson: “The D9 driver is always on, even when you’re a little off.” 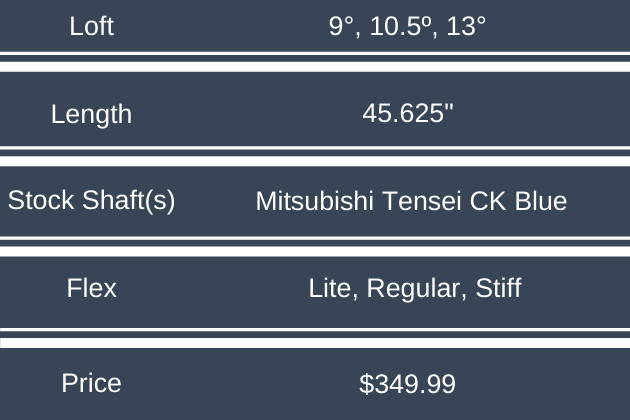