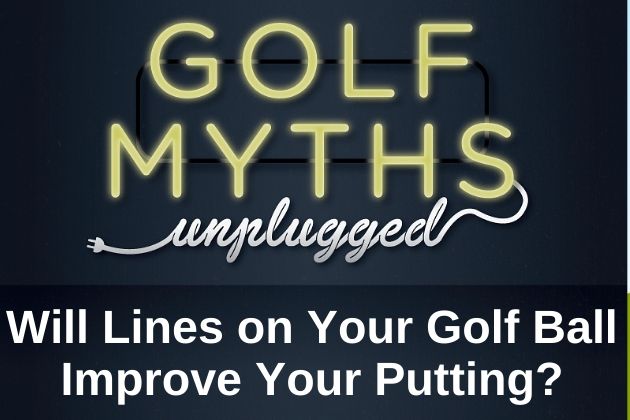 There’s usually one player in every foursome with a line on their golf ball that needs to be aimed perfectly before they can hit a putt.  Maybe it’s you.  The question we set out to explore is, “Does that line make a difference?”

For this test, we gathered five golfers with handicaps ranging from zero to fifteen.  Each player chose a putter that fit their stroke and was connected to SAM PuttLab.  They hit seven eight-foot putts in each of three conditions: no line on the ball, a single black line on the ball, and using Callaway’s Triple Track marking on the ball.  In the latter two conditions, the players were able to spend as much time as they wanted lining up the ball before striking the putt. 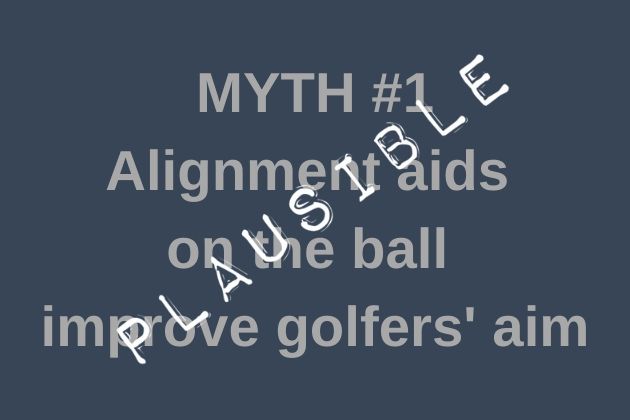 Thanks to SAM Puttlab, we were able to measure each golfer’s aim to one tenth of a degree.  We found that three of our five testers aimed the best with either a line or Triple Track – two were best with a line, one with Triple Track.

Because 40% of our testers aimed better without a line, and because the differences were extremely small, we’re rating this myth as “Plausible” rather than “Confirmed.” 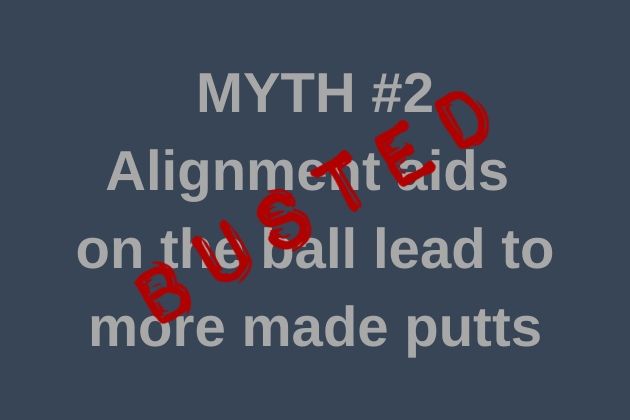 In our test, the most putts were made without any alignment aids on the golf ball.  35 putts were struck under each condition.  With no alignment aid, our testers made 28, with a line they made 25, and with Triple Track they made 26.

While we did label this myth “Busted” – alignment aids led to fewer putts being made, not more – there is some context to consider.  Of our five testers, three made the same amount of putts under each testing condition.  One tester made fewer putts with both a line and Triple Track, and the final tester made one putt less with a line but was equal with no aid and Triple Track.

Our test group was a mix of players who do and do not use a line on their ball during regular play.  Most of our testers stated that, on the eight foot putt, they were comfortable with or without the line.  One tester had a strong preference for no line, and that same tester was the one who performed worse with alignment aids.

Another avenue which we will certainly explore is how marks on the ball correlate with the alignment aids on a putter.  Does Triple Track ball alignment work better with a Triple Track putter?  Are players who like a sight line more apt to want a line on their ball?

If you have questions in this vein, please share them in the comments section and we’ll put the best ones to the test.

Our primary takeaway from this test is that, at least on straight, short range putts, alignment aids don’t make a huge difference.  Additionally, we would advise golfers to trust their own instincts.  If you feel that you can’t trust a line, don’t use one.  If lining up Triple Track gives you a boost of confidence, use it.