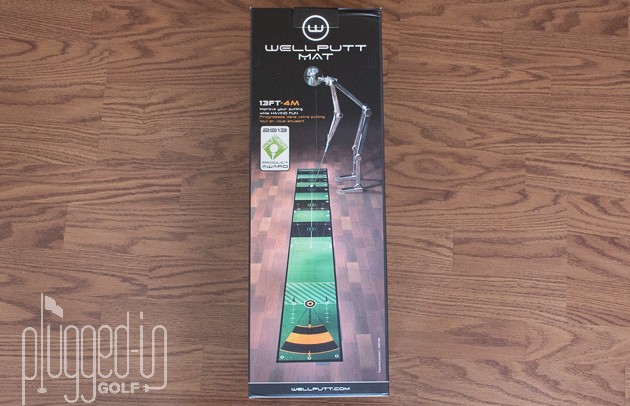 The Wellputt putting mat combines a quality putting surface with a bevy of practice drills.

Shortly after my rave review of the PuttOut putting mat hit the site, I received a very nice email from the people at Wellputt requesting that I take a look at their mat.  As you can see, I said yes.

The Wellputt mat looks nothing like the PuttOut mat, and I was eager to test it to see if all the markings served a purpose. 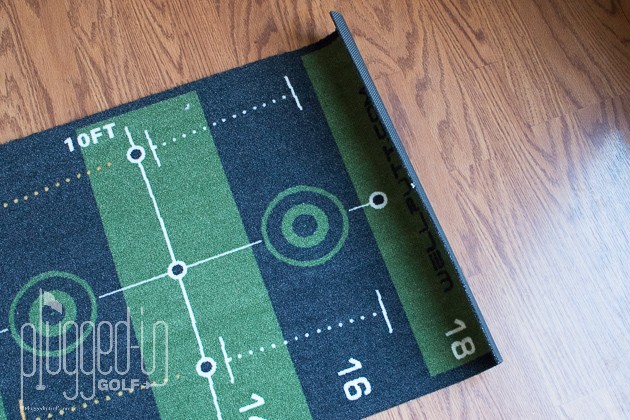 Where have these good putting mats been all my life?  For years I’ve used mats that required hours under encyclopedias to lay flat, but the Wellputt was great right out the box.  The last six inches did curl up (shown above) out of the box, but that was easily flattened with a couple heavy books.

As you can see, the Wellput is heavily marked up, and the markings require some deciphering.  A quick glance through the manual explains these features concisely. 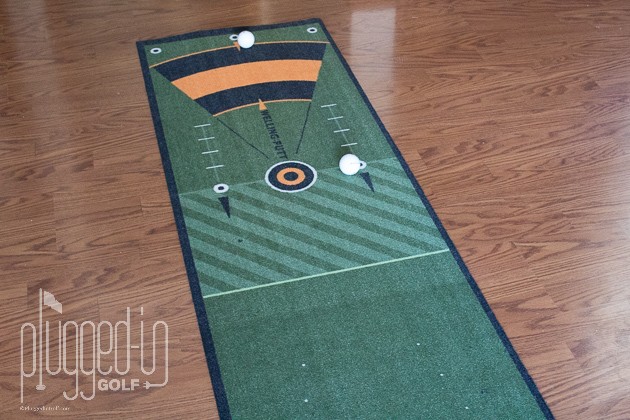 Let’s start with the basics: the Wellputt mat allows the ball to roll true and smooth at a nice speed.  It claims a rating of 11 on the stimpmeter, and, based on my measurements with The Perfect Putter, it’s exactly as fast as the PuttOut mat.

Now, on to the markings.  The cone you see above is meant to depict ideal speed (a putt finishing far enough past the hole to remove a bit of the break and imperfections in the green).  Also seen above are two arrows pointing the opposite direction with lines to indicate stroke length.  You now realize one of the key elements of the Wellputt mat: it’s meant to be used in both directions.

Further down the mat, you have two more sets of markings.  Going toward the cone, there are lines that allow you to putt to the cone from an angle.  In the other direction, there are alternating green and black stripes to dial in your distance control.

Together, these markings allow for a variety of drills and for playing three putting courses.  These courses are explained in the manual, and there’s a separate scoring book (shown below).  I think that the courses are fantastic because they make practice more game-like, and they keep you engaged longer.

There is a catch: you need enough space to stand next to the mat at a variety of distances and on both sides.  This bumps up the square footage requirement substantially.  In my 10′ X 10′ office, I can leave my PuttOut mat fully unrolled and carve out a permanent opening from which to roll 4-6 foot putts.  The Wellputt mat won’t fully unroll in my office, and, even if it did, I wouldn’t be able to use it in both directions.  All the extra functionality is great, but only if you have the space to spare. 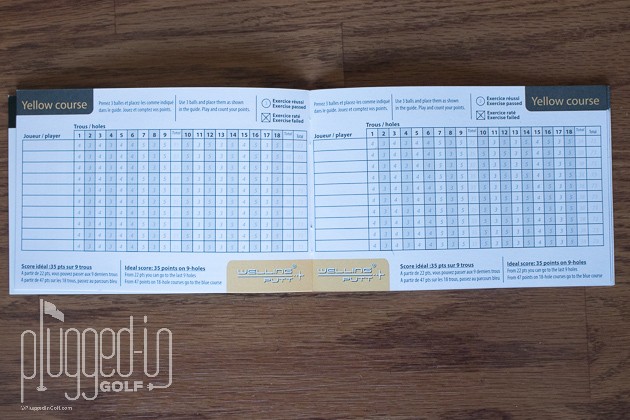 The longevity of the Wellputt mat should be better than other putting mats, assuming you have the space to move around it.  I think the putting courses add a lot of functionality and fun, but only if playing them is easy.  If you need to roll up the mat after every use, it’s unlikely that you’ll use it regularly. 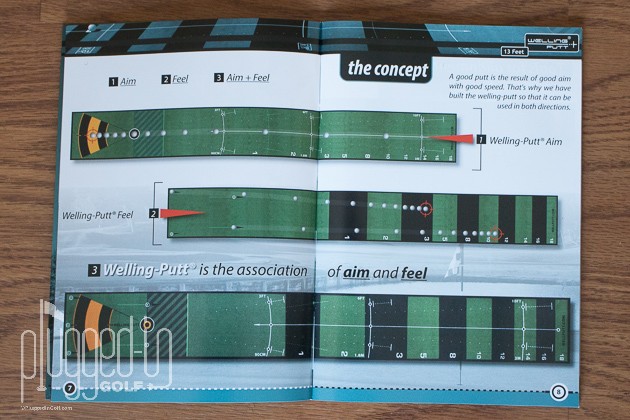 Wellputt sells their 10′ and 13′ mats for $119 and $149 (support PluggedInGolf, buy it HERE).  This is nearly the same price per foot as the PuttOut mat, the Wellput mats are just longer.

I think the Wellputt mat is worth the money if you have the space to commit to it.  The extra markings and putting courses add a lot of fun and longevity. 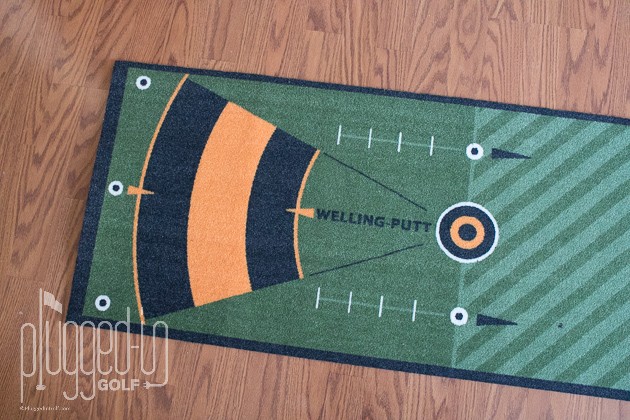 When I first glanced at the Wellputt putting mat, I thought all the markings were going to be overkill.  After spending a little time with it, I found that they make the mat more versatile and fun to use.  The only caveat is that you need to think about where you’ll be setting this up.  If you don’t have the space to move around the mat freely, the extra markings become superfluous. 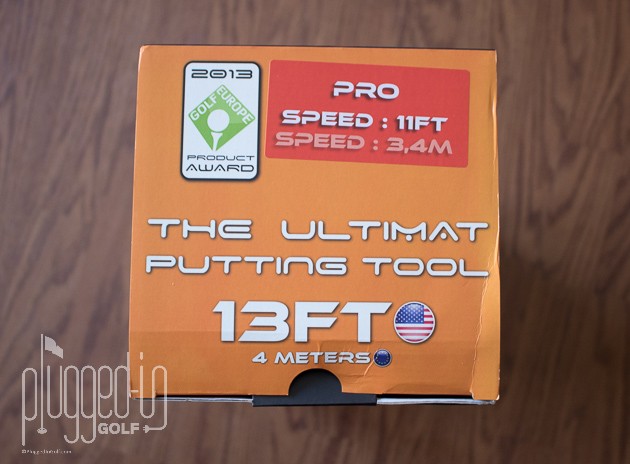 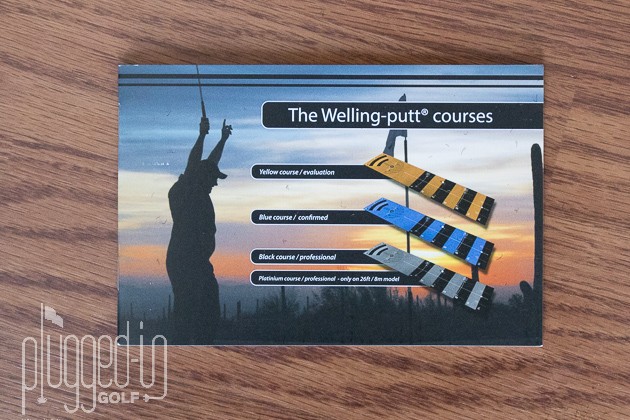 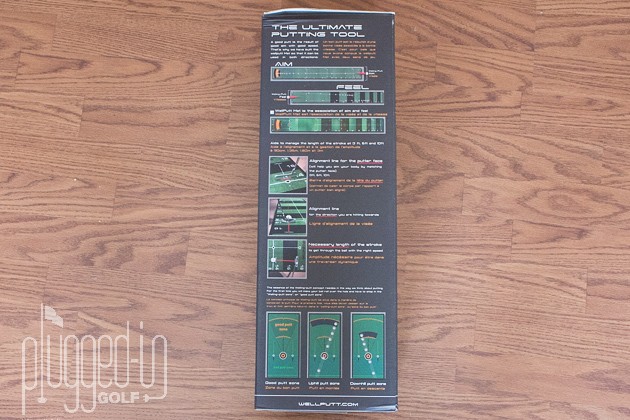 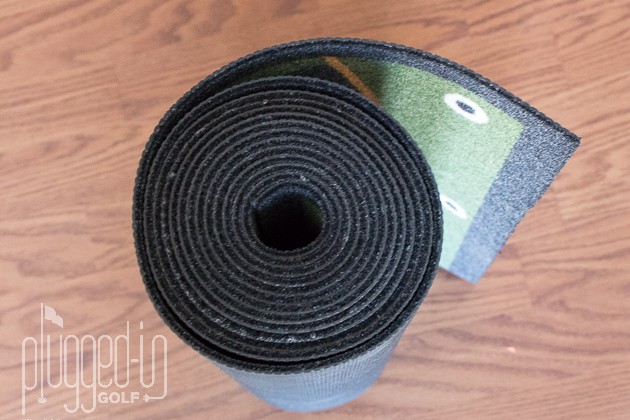 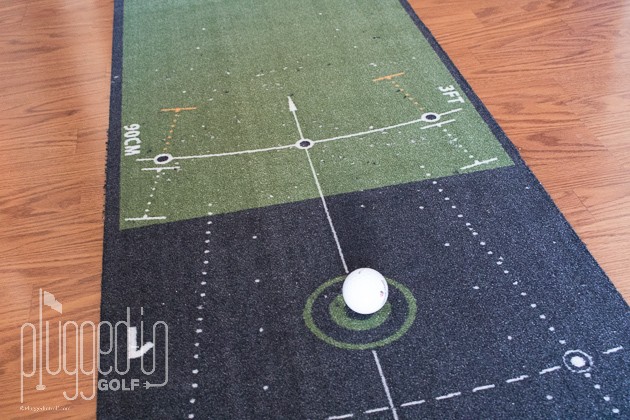 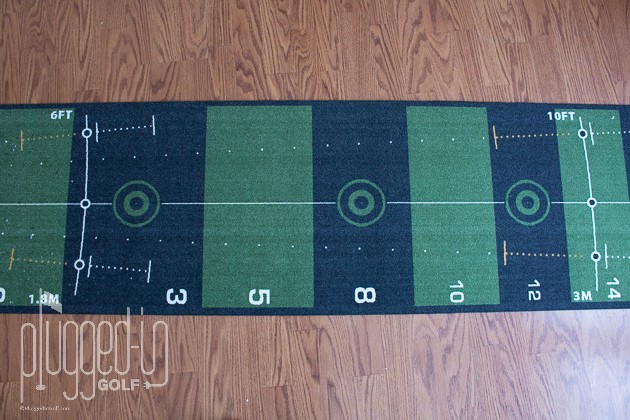