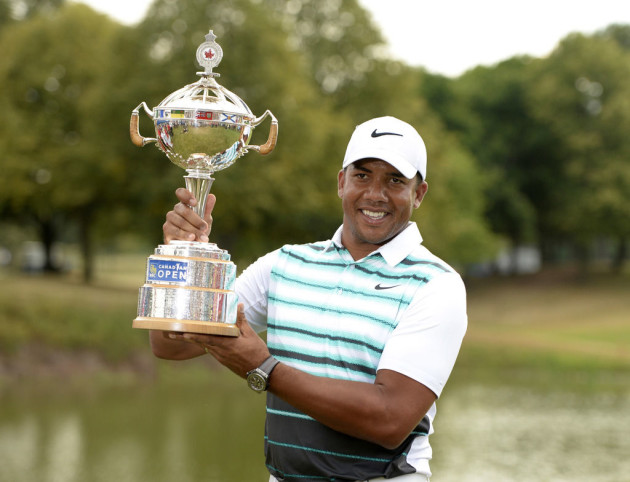 Colombia’s Jhonnatan Vegas closed out the RBC Canadian Open with a final round 64 on Sunday at Glen Abbey Golf Club in Oakville, Ontario, Canada, giving Vegas his second ever PGA Tour Victory.  The win comes off of recent heartbreak for Vegas at last week’s Barbasol Championship where he shot opening rounds of 65 and 60, only to finish his final two rounds at a combined 2-over par and a T-4 finish.  This week’s story was a complete turnaround for Vegas, as he closed out his week with an 8-under par performance on Sunday that catapulted him fourteen spots up the leaderboard and into the lead.

Vegas came into the final round on Sunday trailing leader Brandt Snedeker by five strokes.  Without the pressure of being in the final group this go-around, Vegas came out extremely hot.  After making par on the opening hole, Vegas turned in five straight birdies, harnessing his power off of the tee matched with a superb ball striking performance with his irons.  Vegas gave back his only stroke of the day on the par-4 8th after missing a short five footer to save par.  Vegas continued with steady pars heading into the back, and made his sixth birdie of the round at the par-5 13th.  Vegas closed out his round with three straight birdies on the 16th, 17th, and 18th to finish with nine birdies and one bogey en route to a final round 8-under 64.

Even with his great score posted at 12-under for the tournament, Vegas finished his round just as the leaders were making the turn.  The likes of Tour rookie Jon Rahm, reigning US Open Champion Dustin Johnson, Steve Wheatcroft, Brandt Snedeker, and Jared du Toit , the Canadian amateur and feel good story, were all hot on Vegas’s heels chasing him down for the title.  While Snedeker and du Toit were unable to get anything going on the back, Vegas was still left sweating until the final group finished.  Dustin Johnson missed his eagle putt at the 18th to force a playoff.  Martin Laird missed a short putt inside three feet on the 18th that would have put him in a playoff.  Lastly, in the most talked about shot of the weekend, Steve Wheatcroft, who needed to get up and down for birdie from the greenside bunker on 18 to force a playoff, bladed his bunker shot into the water and finished with a bogey-6.  Wheatcroft later blamed the lack of sand in the bunker for his dismal finish.

In the end, Vegas held on for a one shot victory, giving him his second win on Tour and fifth top-10 of the year.  Vegas’s last and only other victory came in 2011 at the Bob Hope Classic in a playoff against Bill Haas and Gary Woodland.  Not only does Vegas get a nice paycheck from the win, he also gets a two year full exemption on Tour, and maybe most importantly, he gained a final spot in the final Major Championship of the year, the PGA Championship, held next week at Baltusrol Golf Club in Springfield, New Jersey. 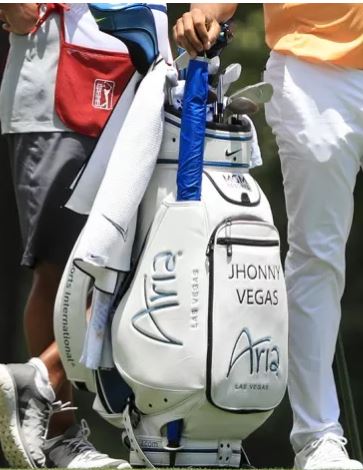