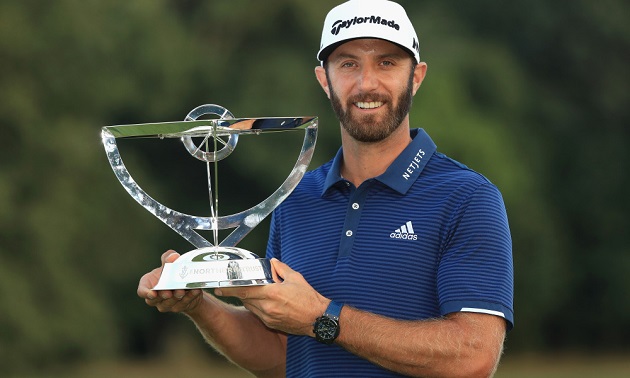 Dustin Johnson shot a final round 66 en route to his fourth win of the season at the Northern Trust, held at the Glen Oaks Club in New York.  In the first event of the Fedex Cup Playoffs, Johnson needed an extra hole to hoist the trophy, defeating a red-hot Jordan Spieth.

After an opening round 65, DJ was one spot off of the lead after the first round.  A second round 69 got DJ a share of the lead heading to the weekend.  A Saturday 67 put DJ three shots back of Spieth heading into the final round.  Spieth, who had converted nine of the last ten 54 hole leads on Tour, was in prime position to take victory.

Johnson started his final round with eight straight pars.  Spieth stretched his lead to five after birdies at the third and fifth.  A double at the sixth, then a bogey at the ninth, matched with DJ’s birdie at the ninth, shrunk Spieth’s lead to just one.  DJ made birdie at the 10th to draw even with Spieth.  After trading birdies throughout the next few holes, we were all square headed to the 18th.  After Spieth made a conventional par, DJ drained a huge 17 footer to force a playoff.

On the first playoff hole, DJ took an aggressive line off of the tee, opting to try and clear the water.  He carried his drive 310 yards and left himself an easy wedge into the green, while Spieth laid way back in the fairway.  DJ stuck his wedge to three feet for an easy tap in birdie, and Spieth was unable to convert his long birdie putt.

The playoff win is his 16th on the PGA Tour, and his fourth this season.  The Number One ranked player in the world has a firm grasp on the first spot in the FedEx Cup.  DJ will look to continue his solid play into next week’s Dell Technologies Championship. 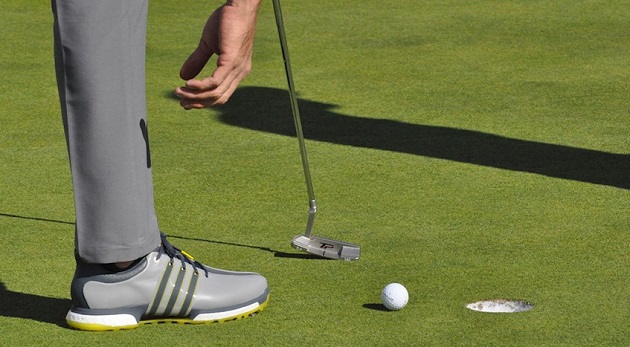