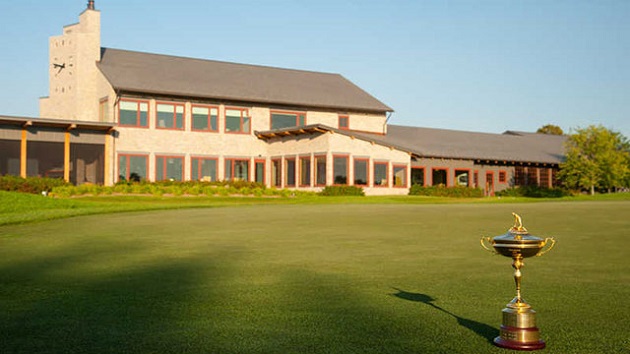 Oh, the Ryder Cup.  The event that is held every two years bringing the best golfers from the United States up against their counterparts from across the Pond.  The three day event generally showcases world class golf, teamwork and patriotism, and this year was definitely no exception. This year’s event, held at Hazeltine National Golf Club in Chaska, Minnesota, was nothing short of a thriller. 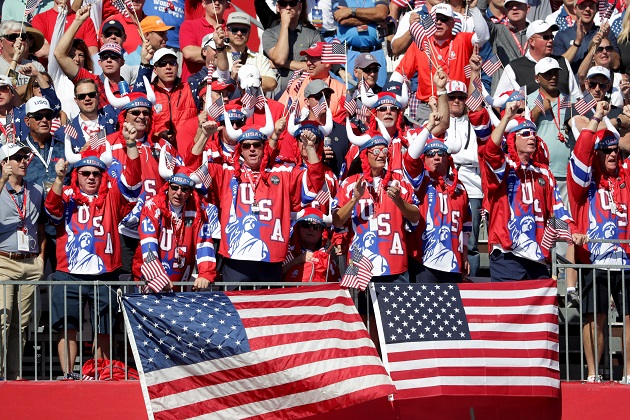 Friday Foursomes got the United States off to a good start, with the Americans jumping out to a quick 4-0 lead in the race to 14.5 points (only 14 points needed to “retain” the cup for the Euros, as they are the defending champions).  The last time the United States swept the opening round? 1975 when none other than the late Arnold Palmer served as Captain.  Rory McIlroy and his European comrades were able to bounce back in the afternoon Four-Balls, however, winning three of the four matches.  The Rose/Stenson, McIlroy/Pieters, and Garcia/Cabrera-Bello teams picked up wins for the European side, with the Snedeker/Koepka pairing giving the US their only win of the afternoon, bringing the score to the United States 5, Europe 3. 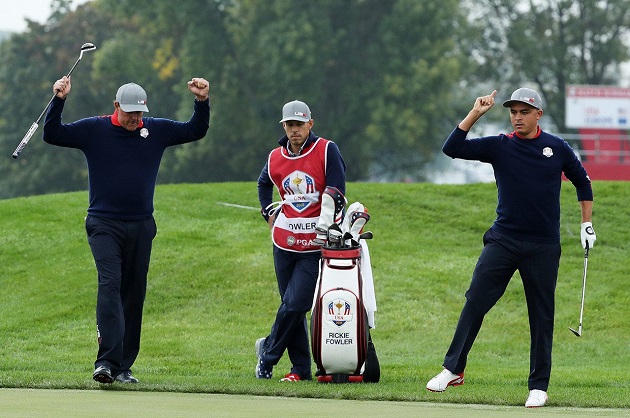 The US Squad did not have as much luck with the Saturday Foursomes matchups as Europe walked away with 2.5 points to the US’s 1.5, narrowing the American lead to just 1 point.  McIlroy/Pieters picked up the first point of the day for Europe continuing their fine performance.  Rose/Wood also picked up a point, and the Spainish pair of Garcia/Cabrera-Bello grabbed a half point from Spieth/Reed.  The afternoon Four-Balls on Saturday swung the momentum back in the favor of the Americans, with huge wins by Holmes/Moore, Mickelson/Kuchar, and Reed/Spieth, picking up 3 of the available 4 points, increasing the lead to 9.5 to 6.5 in favor of the Americans heading into the singles matchups on Sunday. 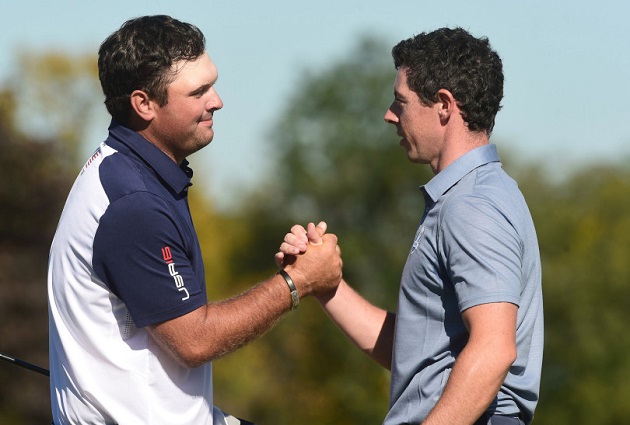 Sunday singles at the Ryder Cup might be one of the most exciting days in golf.  This year’s Cup was no disappointment.  The US needed just 5 points in order to win their first Ryder Cup since 2008 at Valhalla.

The first group off pitted the best players of the week from each side, Rory McIlroy for the Euros and Patrick Reed of the US, in an opening matchup fans from both sides were begging for.  After an 18 hole battle, with clutch shot after clutch shot, long putt after long putt, Reed managed to pull out a victory on the 18th, setting the tone for the rest of the afternoon.

While the first four or five groups looked to heavily favor the European side, the US was able to put some red up on the board and carry the momentum through the afternoon.  The Europeans jumped out to early leads in the later matchups, but the Americans rebounded quickly, and swung the momentum back in their favor. With key wins early from Reed and Fowler, the likes of Dustin Johnson and Brandt Snedeker picked up key victories, opening the door for Ryan Moore to close out Lee Westwood for the Title.

After being two down with three to play, Moore won the 16th with a brilliant eagle followed by a clutch birdie on 17 to square the match.  On the 18th, Westwood found the bunker off of the tee, then found the sand yet again landing his approach in the green-side bunker.  Moore stuck his approach to inside of 5-feet, and was able to drain the short putt, clinching the victory for the United States. 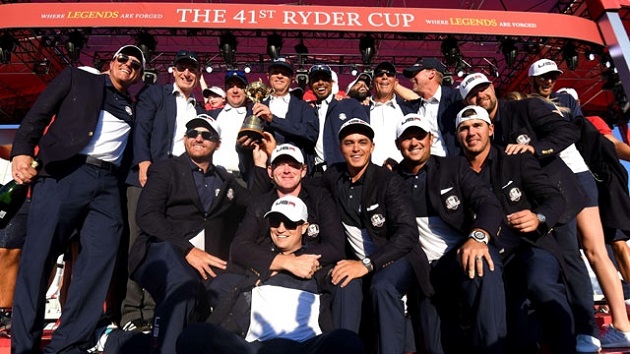 The victory for Davis Love III and the American squad was their first since 2008, breaking a streak of three straight Ryder Cup losses.  The American side has also only won one of the last seven, and two of the last ten.  The win was a great rebound for Captain Love, who led the 2012 team at Medinah who crumbled in the singles matches on Sunday, losing 8 matches to the Europeans who overcame a 4-point deficit in order to win by 1.  The next Ryder Cup will be hosted by the European side in 2018 and will be held at Le Golf National in France. 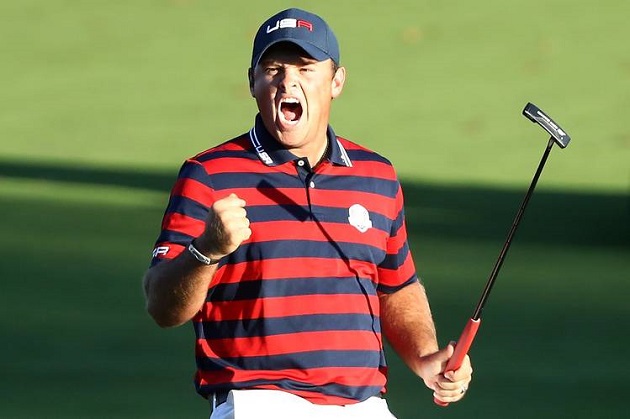