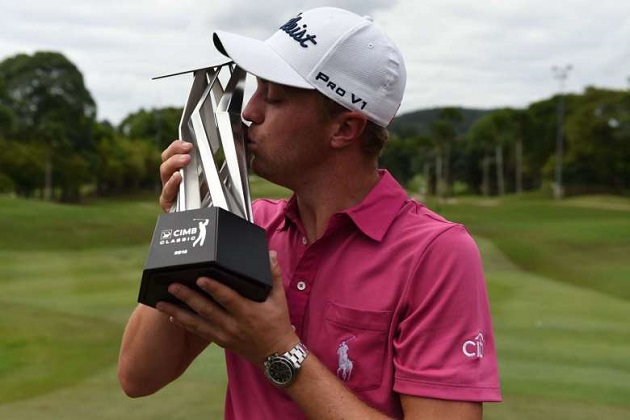 Justin Thomas shot a bogey-free 64 on Sunday en route to his victory at the CIMB Classic, held at TPC Kuala Lampur in Malaysia.  Since winning this event last year, Thomas has been unable to win again on Tour making his quest to defend the title that much more important. He came out of the gates strong with an 8-under 64 on Thursday.  Thomas found himself holding a three-way tie for the lead after the first round.

Friday brought more of the same success for Thomas, who who coupled his 64 with a 66 in the second round.  At a total of 14-under, Thomas comfortably held the 36-hole lead at TPC Kuala Lampur.  Not far behind Thomas sat Anirban Lahiri seeking his first Tour title.  While Lahiri was two shots back after 36 holes, that deficit quickly evaporated.  Unfortunately for Thomas, his hot streak slowed during the third round.  He carded a 1-under 71, while Lahiri came out firing with a solid 7-under 65.  As a result, Lahiri entered the final round with a 4-stroke lead.

While Lahiri seemed to be in the driver seat for in the final round, we all know that no lead is safe in golf.  Starting the day with a four-shot lead, Lahiri found himself two strokes behind Thomas by the end of the third hole.  After getting his ball stuck in a tree of the par-5 4th, Lahiri carded a quadruple bogey 9.  Thomas made his second birdie of the day at the 4th to follow a birdie at the first.  It was at this point that Thomas took control.  He continued to make birdies, and dropped four strokes over his first five holes.  He finished the front with a 5-under 31.

Thomas started his back nine in similar fashion to how he played the front, making yet another birdie.  After Hideki Matusyama finished his round strong with birdies on the last two holes, Thomas had to respond.  Thomas proceeded to make clutch birdies on the 16th and 17th holes to set up his victory heading to the 18th.  After closing with a par at the 18th, Thomas ended the week with an astounding 23-under par and a three shot victory.

The win is the second of the long hitting Thomas’s young Tour Career.  While the Alabama alumni may be a new face on Tour, he has proven he can hang with the “big boys”, with two wins, four third-place finishes, and seven top 10s to his name.  After a great season last year, the real test for Thomas will be if he can contend in the Majors in 2017. 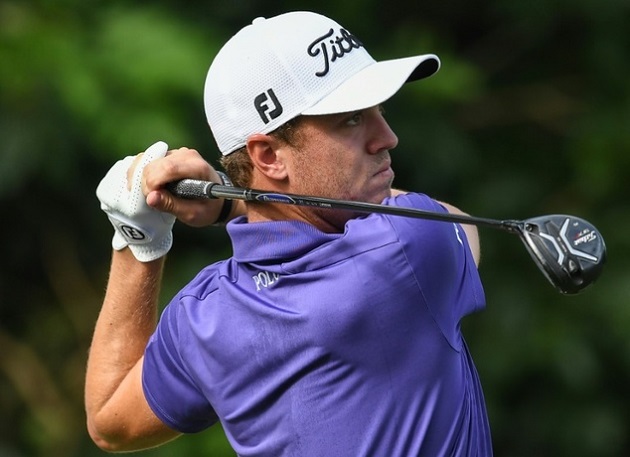