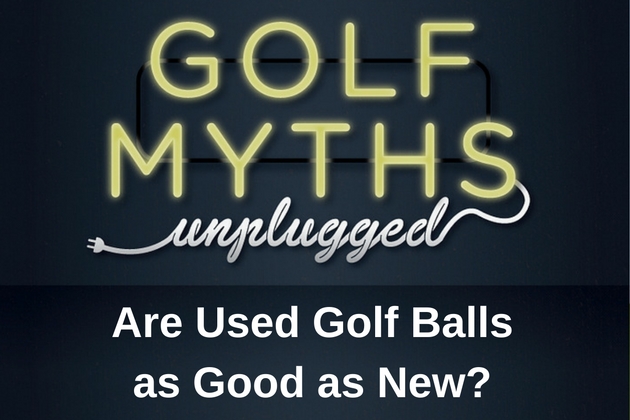 Golf is expensive.  Damned expensive.  Not only do you spend a small fortune buying clubs, you pay $20, $50, $100, or more on green fees every time you play.  But the worst part is golf balls.  Hit it into the drink and not only does your score explode, but you’re a few dollars poorer.

Thankfully, it’s easy to save money on golf balls.  Sites like LostGolfBalls.com find all the balls that we hit into the ponds and forests and sell them at a huge discount.  The question is, do they actually perform like new ones?  We put that to the test in this edition of Golf Myths Unplugged.

Myth #2 -Used golf balls perform like new with a wedge

Myth #3 – Used golf balls perform like new with an iron

Myth #4 – Used golf balls perform like new with a driver

In this test, we evaluated four different kinds of used golf balls.  We tested what LostGolfBalls.com calls the AAAAA (the best), AAAA (mid grade), AAA (low grade), and Refinished.  We tested each of these qualities of Titleist ProV1 against brand new ProV1 balls.

To evaluate feel, our testers hit putts with their eyes closed, not knowing whether they were hitting a new or used ball.  They were asked to report any feel differences they noticed.

For the performance testing, we hit 50 quality shots with each grade of ball.  We rotated through a dozen balls of each grade, and only used data from swings that fell within our parameters for strike quality, club speed, club path, and face angle. 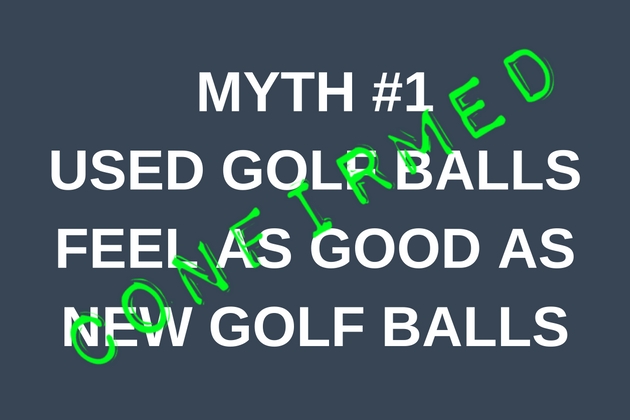 In our feel testing, no one was able to distinguish between the new, used, or refinished golf balls.

Our testers were allowed to hit as many putts as they wanted.  Most of them stated that every ball they hit felt the same.  There were a couple of testers who said that some balls felt different, but there was no correlation with the grade of golf ball.  Anecdotally, the testers’ perceptions of the ball simply changed when they mishit a putt. 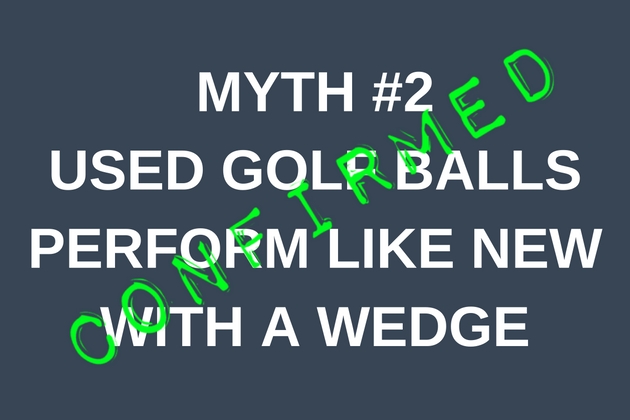 On a 30 yard pitch shot, we found no consistent difference between new and used golf balls.  Not only was the launch monitor data nearly identical when averaged across fifty shots, there was no discernible difference in the consistency of the performance. 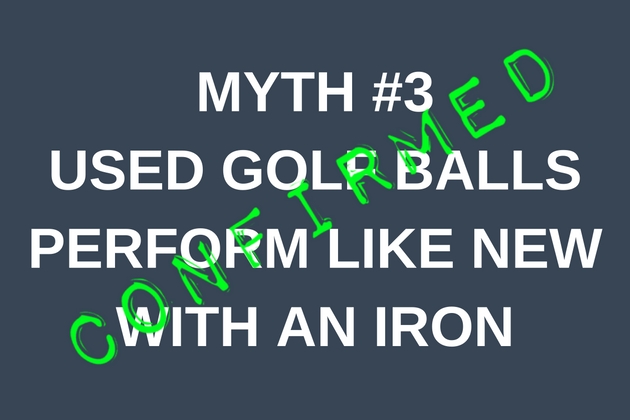 Our iron testing was done with a full swing with a 7I.  Just as with the wedge, we found no difference between new, used, and refinished golf balls.

There is one caveat that I would offer.  When you get into the lowest grade of used ball (what LostGolfBalls calls “AAA”), some of the balls are scuffed.  It is possible that outdoors, especially with wind, the scuffs could affect performance. 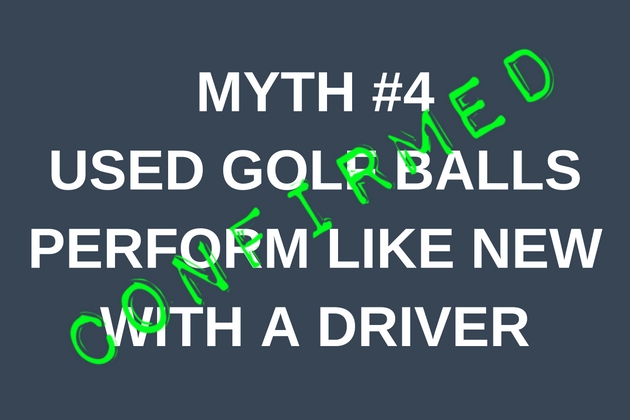 Our skepticism was misplaced: the used and refinished golf balls equaled the performance of the new balls with regard to ball speed, smash factor, and spin off the driver.  I would offer the same caveat as I did with the iron, but if you’re using a first or second tier used ball, this shouldn’t be a concern.

Golf isn’t going to become a cheap game anytime soon, but thanks to high quality direct-to-consumer golf balls (learn more HERE) and the ability to buy used golf balls, you can make it a little less expensive.  If you’re flexible about the brand of ball you play, you can save 50% or more on tour quality golf balls. 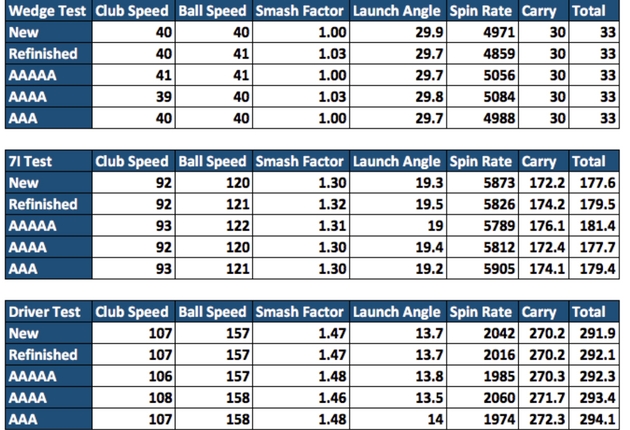