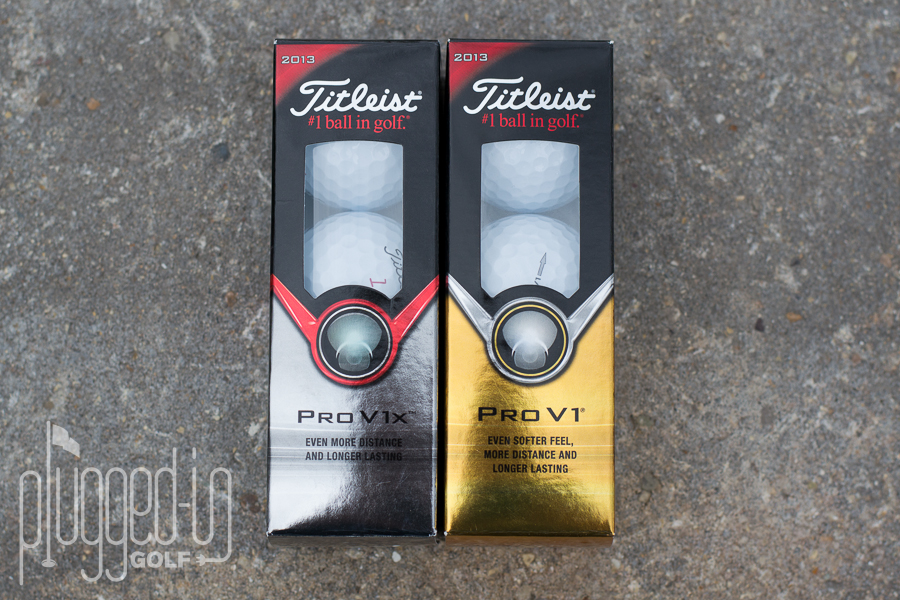 Industry standard.  Most popular balls on tour and among serious golfers.

What makes the perfect golf ball?  Soft feel, sharp spin on the green, low spin off the tee, decent durability, and maximum distance while maintaining control.  Oh, that’s all?  In modern golf, ball manufacturers produce a full product line of golf balls to offer different combinations of the previously mentioned characteristics, but they all try to make a top end ball that does everything well.  With the most recent version of the Pro V1 and Pro V1x, Titleist has made some changes to give golfers softer feel, more distance off the tee, and better performance around the green. 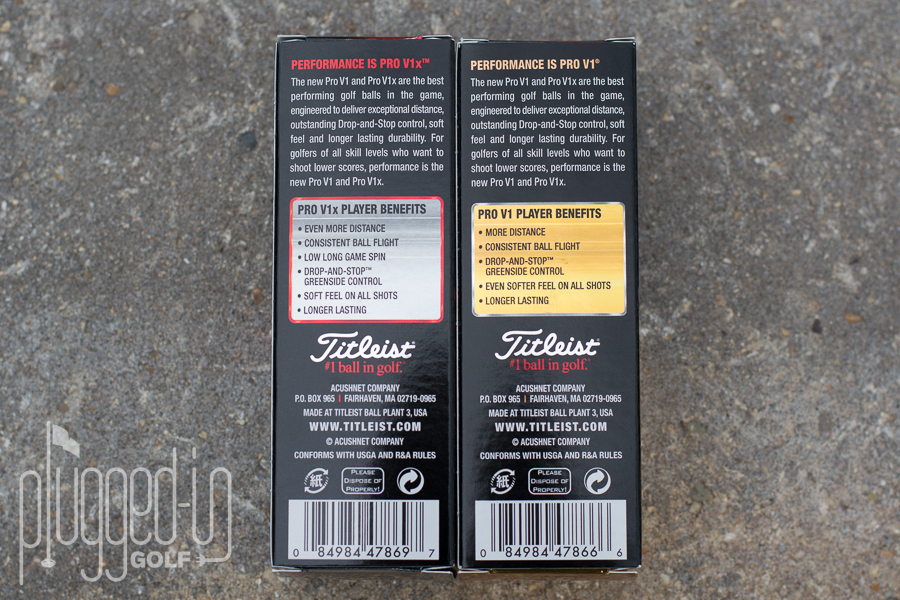 Both the Pro V1 and the Pro V1x have some of the best feel in the game.  The Pro V1x has a little bit of firmer, responsive feel on the putter whereas the Pro V1 has a little bit more of soft, feathery feel on the putter.  They both have about the same sound off the putter face and I would put it right in the middle of a “thud” and a soft “click.”  This sound and feel is pretty consistent from the putter all the way through the short irons. With the mid-irons through driver, the two balls sound about the same.  The Pro V1x has a firmer/stiffer feel and the Pro V1 feels like it compresses more on the club face.

The Titleist Pro V1 and Pro V1x are perfect examples of why it’s important for any golfer to make sure they do a thorough analysis on what ball is best for them.  Everyone expects the Pro V1x to have longer distance and the Pro V1 to have have more spin.  The Pro V1x has an outer casing and inner layers designed to have less spin off the tee, but you will actually see more spin out of the long irons due to its inner core which is softer than its brother, the Pro V1.  The Pro V1 was more consistent with spin from long irons through driver, however, I got less spin with the Pro V1x on the driver, and more spin with the long iron than I did on the Pro V1. I had pretty negligible differences in ball speed between both balls. 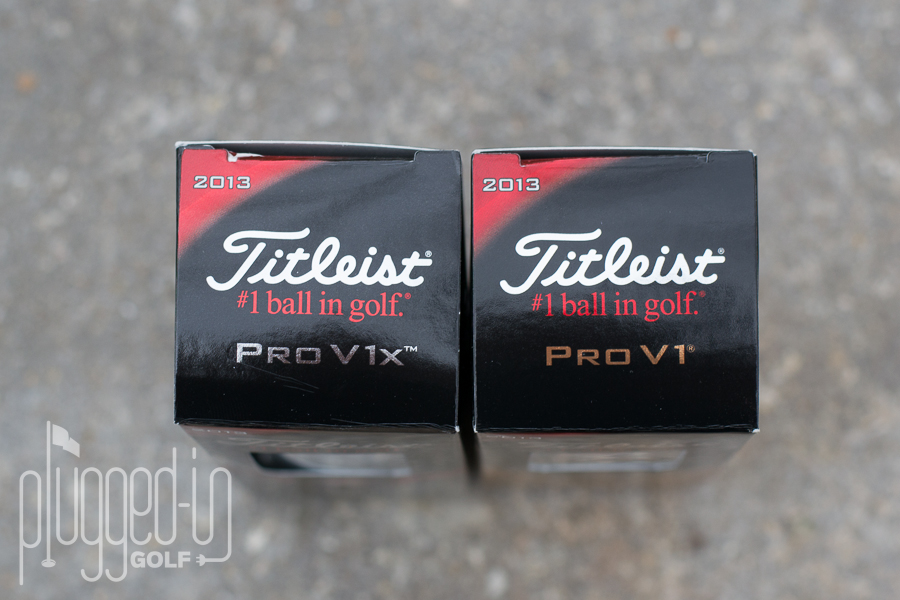 If I’m being honest here, the spin differences between the Titleist Pro V1 and the Pro V1x got pretty small as I went through my short irons and my short game.  Both balls generated enough spin around the greens, but this is where feel comes back into play.  The Pro V1 gives you the feeling that you’re able to get the ball to bite a little bit more (regardless of what launch monitor data might have suggested) than the Pro V1x.  Both the Pro V1 and Pro V1x are going to give you high level performance, you just have to decide which feels best for you.

The beauty of the Titleist Pro V1 and Pro V1x is that they aren’t just for higher skilled players, which is one of the greatest myths that Titleist continually tries to debunk, but really for any level of golfer out there.  If you’re willing to pay the higher price tag that’s competitive with any other brand’s top golf ball, you just have to select which ball performs best for you.  In my opinion, if you are looking for a ball that feels a little more lively and has a little lower ball flight off the tee, then you may want to start with the Titleist Pro V1x.  If you prefer the more classic feeling of a soft ball, like an old 90 compression (I’m not quite ready to say Balata), with good distance, spin, and premium cover layer, then the Titleist Pro V1 would be a good starting point. 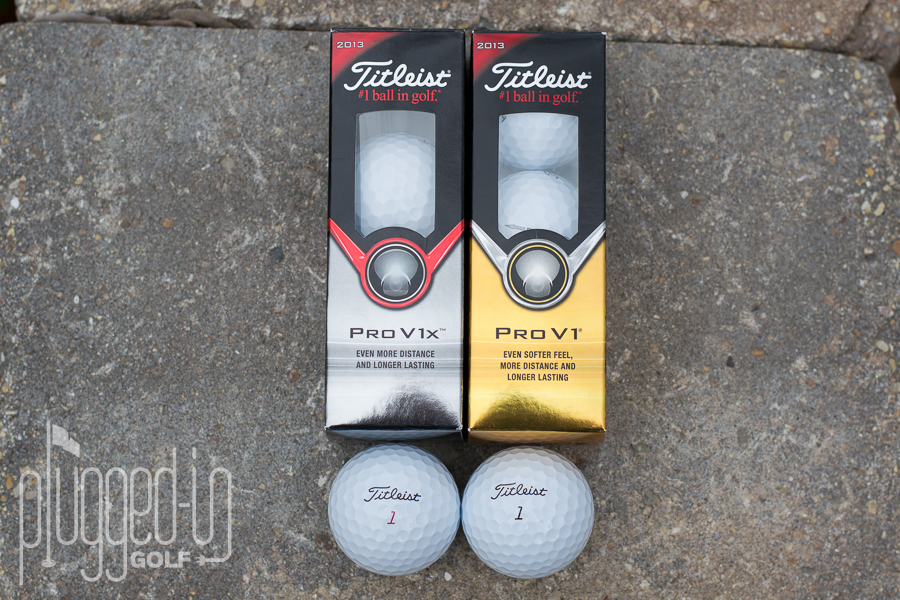 If it wasn’t clear in the “Who This Ball is For” section, it is extremely important that you really evaluate a range of golf balls and pick the ball that really feels best, performs best, and meets all of your “needs” in a golf ball.  Titleist is one of the best when it comes to offering in person fittings around the country (check your local golf shop to see if/when Titleist is coming through) and they also have an online fitting program HERE.  Let’s face it, the Titleist Pro V1 and Pro V1x are two of the biggest staples in modern golf and continue to be the measuring stick for the competition.