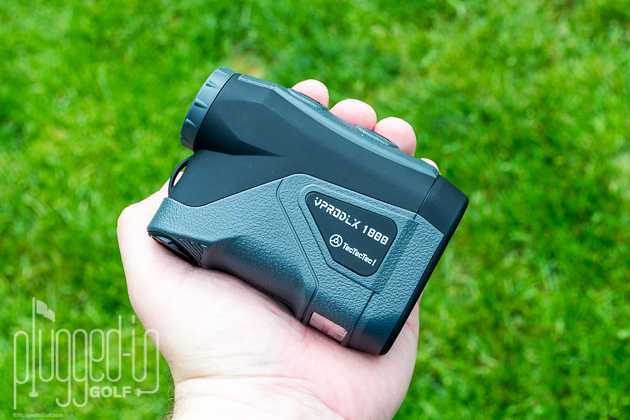 The TecTecTec VPRO DLX 1K rangefinder is a simple yet effective rangefinder with quick speed. 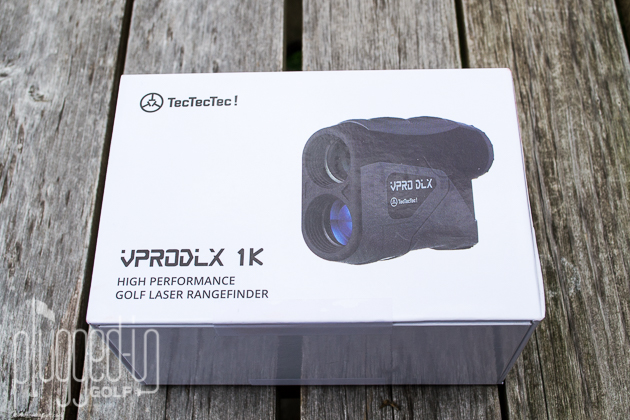 These days when you look at all of the rangefinders at a golf store, you’d swear they could fly to Mars and back.  I can’t speak for everyone, but I just want something that’s easy to use, fast, and accurate.  Oh, and I don’t want to pay a fortune for it either.  The perfect answer for me is the TecTecTec VPRO DLX 1K rangefinder.  Using solid tech while working to keep the costs down make TecTecTec a possible game changer in the rangefinder market. 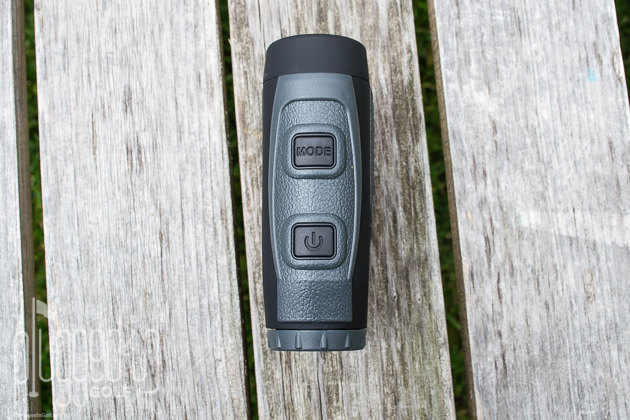 One of the most appealing characteristics of the TecTecTec VPRO DLX 1K is its ease of use out of the box.  All you have to do is put in the battery, and you’re ready to shoot yardages.  There are three different scanning modes that are easy to switch between with a simple press of the mode button.  Yes, there are minimal bells and whistles, but this makes the VPRO DLX 1K easy to use and good at the most important basics. 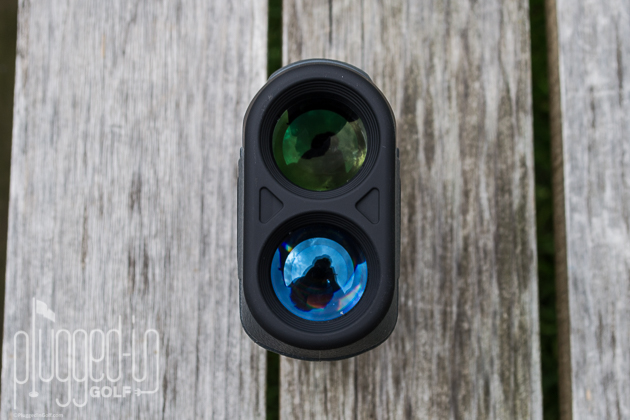 TecTecTec advertises that the VPRO DLX 1K is capable of a +/- 1 yard accuracy up to 1000 yards.  I won’t try and tell you I walked off yardages up to 1000 yards, but I found the distances to match up with other reliable devices.  Most importantly, the VPRO DLX 1K produced my yardages in all three modes with impressive speeds.  You will be hard-pressed to find many other rangefinders in this price range with this kind of speed.

The VPRO DLX 1K has three different scanning modes.  Pinseeker mode measures overlapping targets, meaning it will pick pick out intended targets with prevalent objects behind it.  First Target Priority mode will give you the distance to the closest object in view.  Last but not least, my preferred mode – Scan mode.  Scan mode works by holding the button down so you scan an area and pick up various distances on the fly.  This is what I use to quickly measure how far I have to carry the bunker and what my actual distance to the pin is. 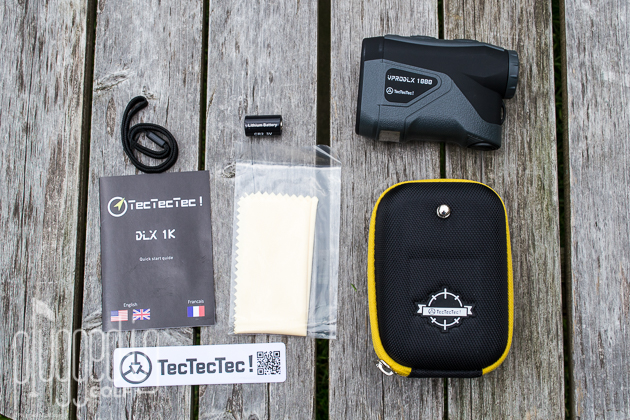 For $200, it’s tough to find a new rangefinder as accurate and quick as the VPRO DLX 1K (support PluggedInGolf, buy it HERE).  As mentioned before, there aren’t flashy bells and whistles, but the affordable price reflects that. 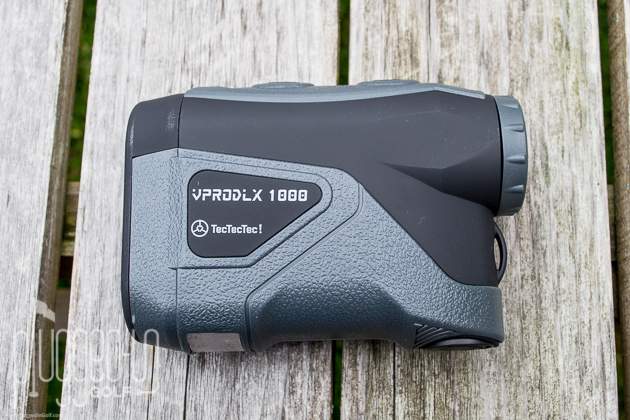 If you’re looking for a strong, simple rangefinder on a budget, then the TecTecTec VPRO DLX 1K should be right at the top of your list.  Shooting accurate yardages quickly while putting a few more bucks in my pocket is all I can ask for in a rangefinder. 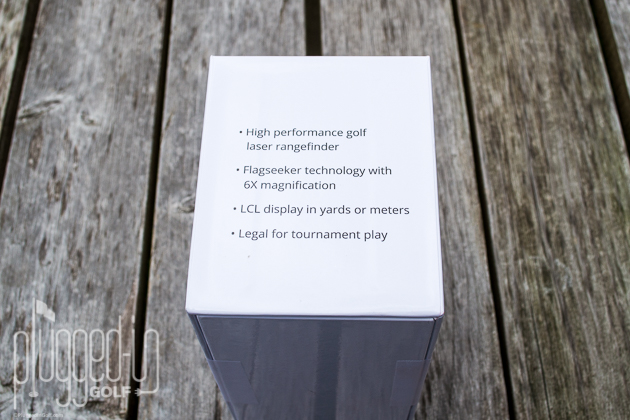 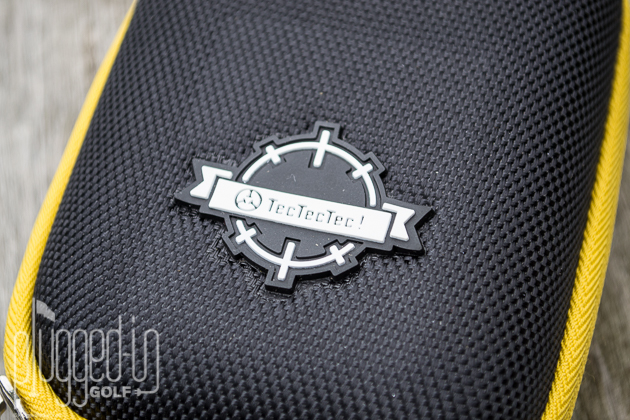 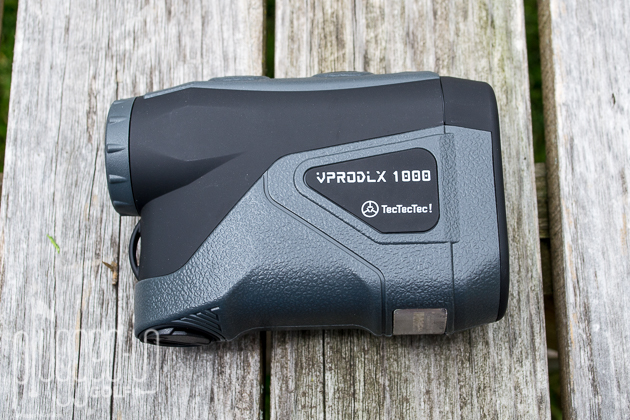 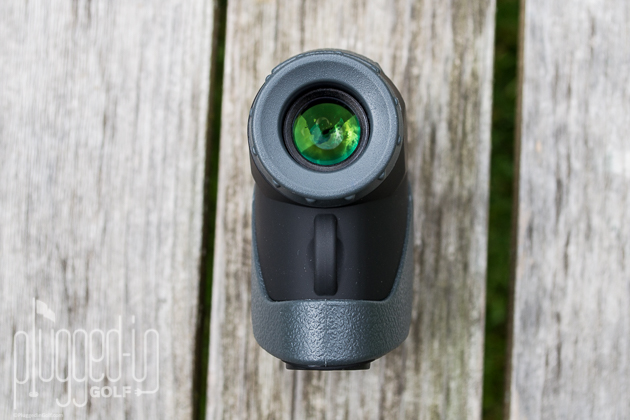 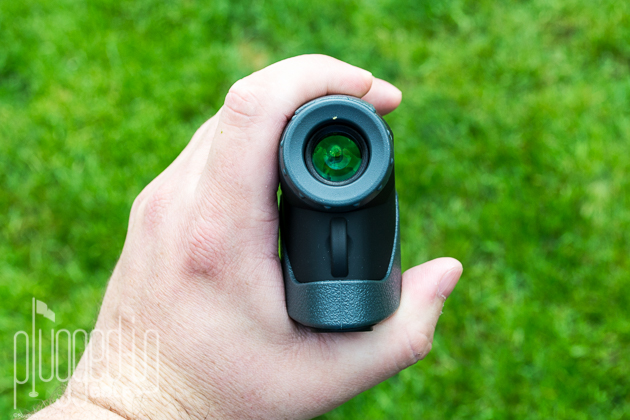